OWN A PIECE OF MOTORCYCLING HISTORY: 1975 Kawasaki Rickman CR900 up for AUCTION.

A rare Rickman CR900 Café Racer – powered by Kawasaki’s inimitable 1976 Z900 engine – is going under the hammer. And if you fancy getting your hands on this rare piece of motorcycling history, you better act fast.

Between 1974 and 1976, Rickman enjoyed great success with its frame kit for modern Japanese engines. In total, it’s assumed that only 2500 kits were sold – which is a surprisingly low number, particularly considering its widespread impact on the market. Craig Vetter, the US importer for Rickman at the time, suggests that only about 700 actually made it to the States – and the vast majority were fitted with a Honda CB750 powerplant. However, it wasn’t just Honda’s that were used – a slightly more exclusive proposition was to use Kawasaki’s Z900 unit. And that’s what we have here. It looks fantastic, doesn’t it? 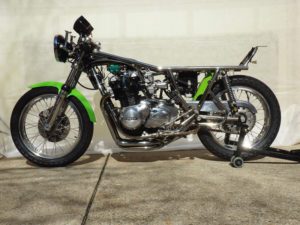 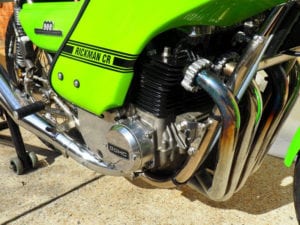 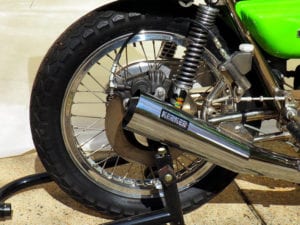 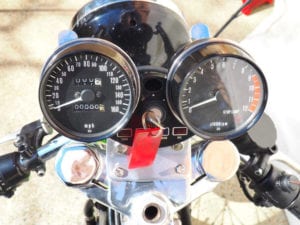