Petronas had to sell the Foggy Petronas FP1 for the road (yep, Carl Fogarty tied his name into this project too, back then) or at least make them, to qualify for the WSB homologation rules of the time. Make a load of road bike versions of your racer and you can take part in WSB. You get the idea.

But the 150 road bikes never really happened. For various funding reasons the roadsters were certainly made but never found their way into dealerships or out on the road. A shame because they were/are achingly pretty things that sound incredible. 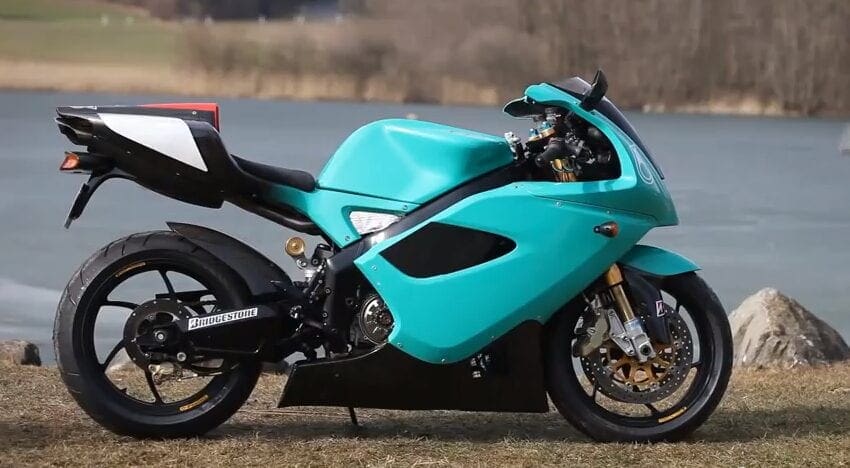 That’s largely down to the 899cc three-cylinder motor which was developed to fit in with the rules of the time. The FP1s were campaigned in WSB from 2003 to 2006 but, in the greatest examples of typical WSB rule cock-ups the fans and teams had to put up with 15 years ago, the 900cc capacity limit was upped to 1,000cc for the 2003 season meaning that the FP1 was already out of date before it turned a wheel in anger. After five years and around $30 million of folding stuff poured into the project by the oil giant that had its name splashed all over the bike, the plug was pulled.

So, to bring us up to date – and to explain why we’re very excited this morning – Lanzante Motorsorts has announced that ‘some’ of the road-legal FP1s that were made to meet the homologation rules are to be sold. Nearly 60 bikes have been in a UK warehouse for years and now it seems like some of them are soon to be up for grabs.

Yep, we’re loving this like you are. Fancy a 138bhp, 899cc triple that looks as good as these things? Us too.

There’s no price from Lanzante just yet but previously sold Petronas FP1s have gone for around £25 – £35,000.

That might sound like a lot, but when you consider that a Norton Superlight which makes 105hp is costing fifty quid shy of £20k and the silly ARC electric thing makes 133bhp (but does have a tonne of torque) will set you back a staggering £90,000 – the Petronas bike looks pretty sweet.