Hard work could win you a Suzuki V-Strom 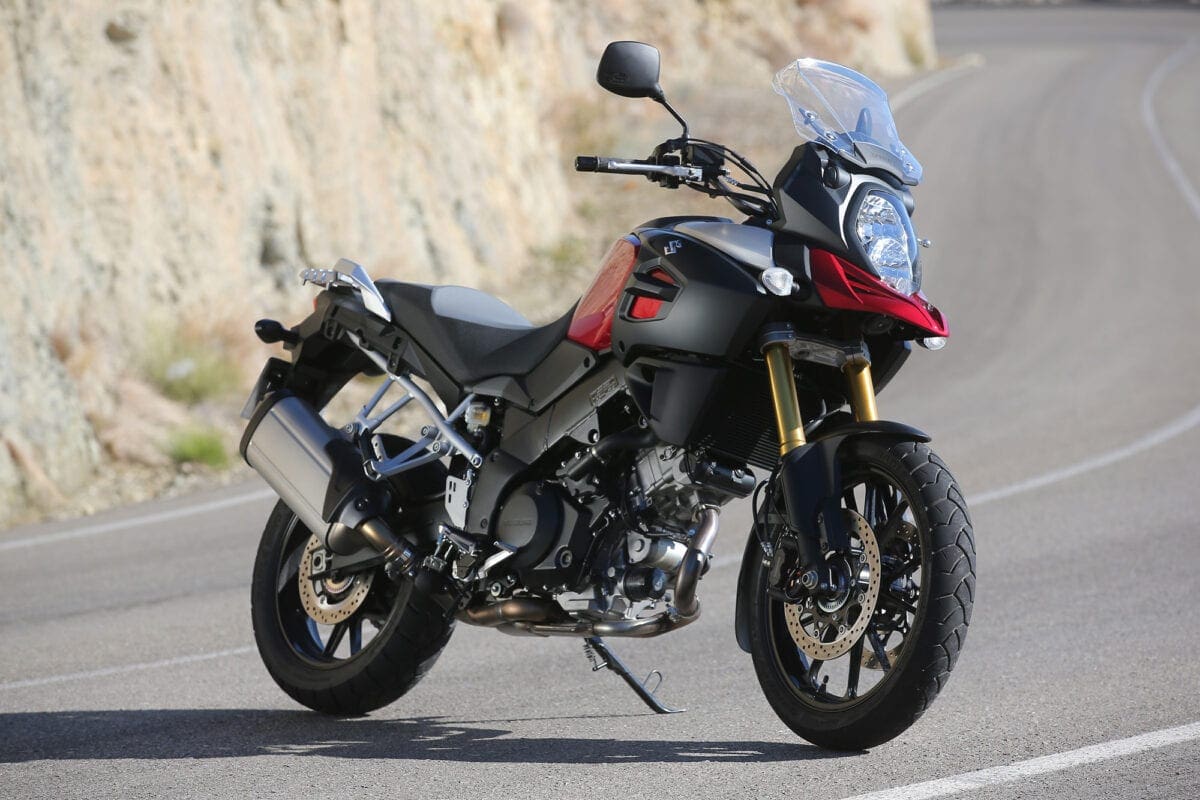 Suzuki GB is delighted to announce its continued support of the Dickies UK Worker of the Year competition, with this year’s winner able to choose either a new V-Strom 1000 adventure bike, SX4 S-Cross car, or KingQuad 750 ATV as the prize.

The UK Worker of the Year competition, launched at the opening round of the British Superbike championship last weekend where the Dickies-backed Tyco Suzuki team began its assault on the 2014 championship, aims to recognise and reward excellence in the British workforce, searching for workers who exemplify what doing a good job is all about.

Maurice Morton, Sales and Marketing Director at Dickies said, “We are delighted to have partnered with Tyco Suzuki. With Suzuki’s involvement with UK Worker of the Year, it worked ideally for everyone concerned. Given the on-going uncertainty that the country faces economically, a feel-good initiative of this type is more important than ever to remind our nation’s workforce that they have much to be proud of and look forward to. Our exciting changes to this year’s competition keep the UK WOTY competition’s on-going wow factor firmly in place.”

Wayne Dye, Suzuki GB General Manager, added, “Suzuki GB PLC has decided to co-sponsor UK Worker of the Year for a second year because of the ethos of the UK WOTY competition. Honouring those that go the extra mile in the workplace complements our beliefs.”

The winner will be announced on 18 October at the final British Superbike round on the Brands Hatch GP circuit, with the winner also able to predict the outcome of the final race of the season for a chance to win a £100K prize.

The competition is now live with entry available via the website,www.ukworkeroftheyear.com, and will run until 5 September.