The three rules of attending the Stafford Classic Bike Show:

1. Under no circumstances take the money you were supposed to be saving for a new kitchen.

2. Do not take a van, trailer or number of a mate who has either.

3. Always remember that the peculiar Stafford light may make a bike look even better than it actually is.

The Carole Nash Classic Bike show is, as the name suggests a show for classic bikes. But these days ‘classic’ has a broad definition. Honda’s Africa Twin…classic or cheap hack? BMW K100? Maybe not, but for £675 you could be interested right? Morebikes went along to the show to stare at the concours restorations, listen to John Surtees’ tales of glamorous and terrifying racing in the fifties and hunt around for for some bargain reminders of our dim and distant youth.

But the best bit for the perpetual browsers in all of us is the wander round the autojumble. Stafford has probably the biggest bikes-only jumble in Europe and there are plenty of modern classics in among the oily old works of art.

Here are a selection of our favourites: 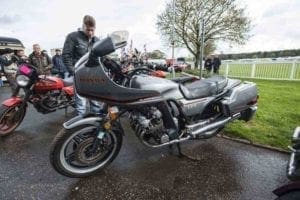 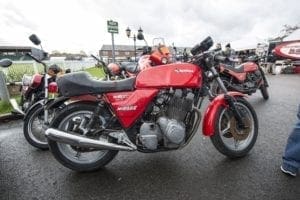 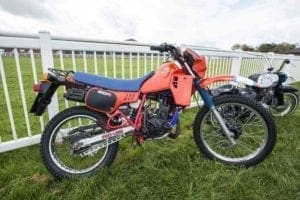 3. Honda’s MTX80R was a rarity in the UK because it straddles the moped and learner regs. Water-cooled and high tech for a learner machine and the price of £1450 reflects its rarity. 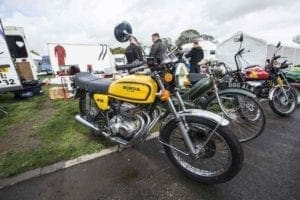 4. Immaculate Honda CB400-4 is surprisingly expensive at £2700. Many have tried to elevate the 400-4 to classic status but prices generally remain low. 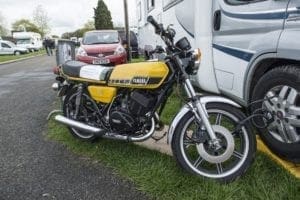 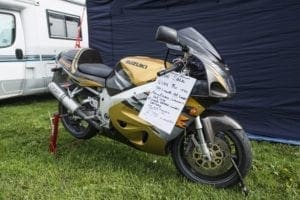 6. Fifteen years ago Suzuki dealers were spraying these gold GSX-R750s blue and white to have any chance of selling them. This one looked good though at £1750. 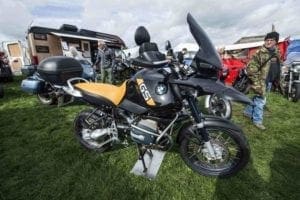 7. BMW R1150GS was a little pricey at £4995 but the condition reflected some very careful owners. 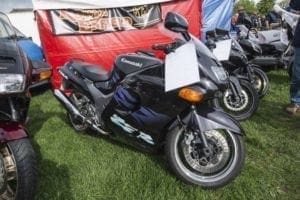 8. Kawasaki ZZ-R1100s have become the forgotten sports tourer. So much bike for so little money. This one was £1775. 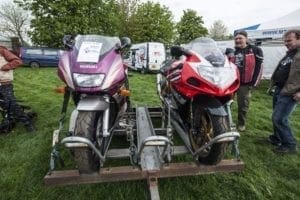 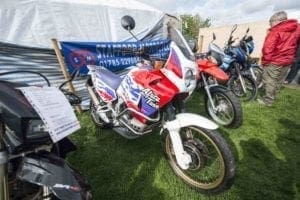 10. Honda’s Africa Twin has had a resurgence in the last couple of years. Prices for the original big adventure bike have doubled in 18 months. This one was 20 years old and priced at £3395. 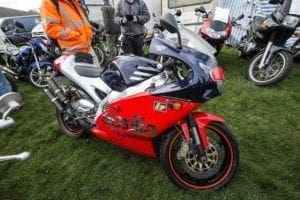 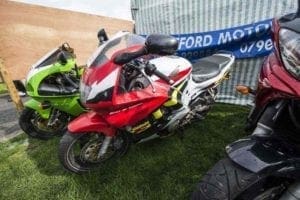 The show is on Saturday 26 April and Sunday 27 April at the Stafford County Showground. Gates open at 9am, it’s definitely worth a look.