Inside BSB with GBMoto: What it means to be Race Manager 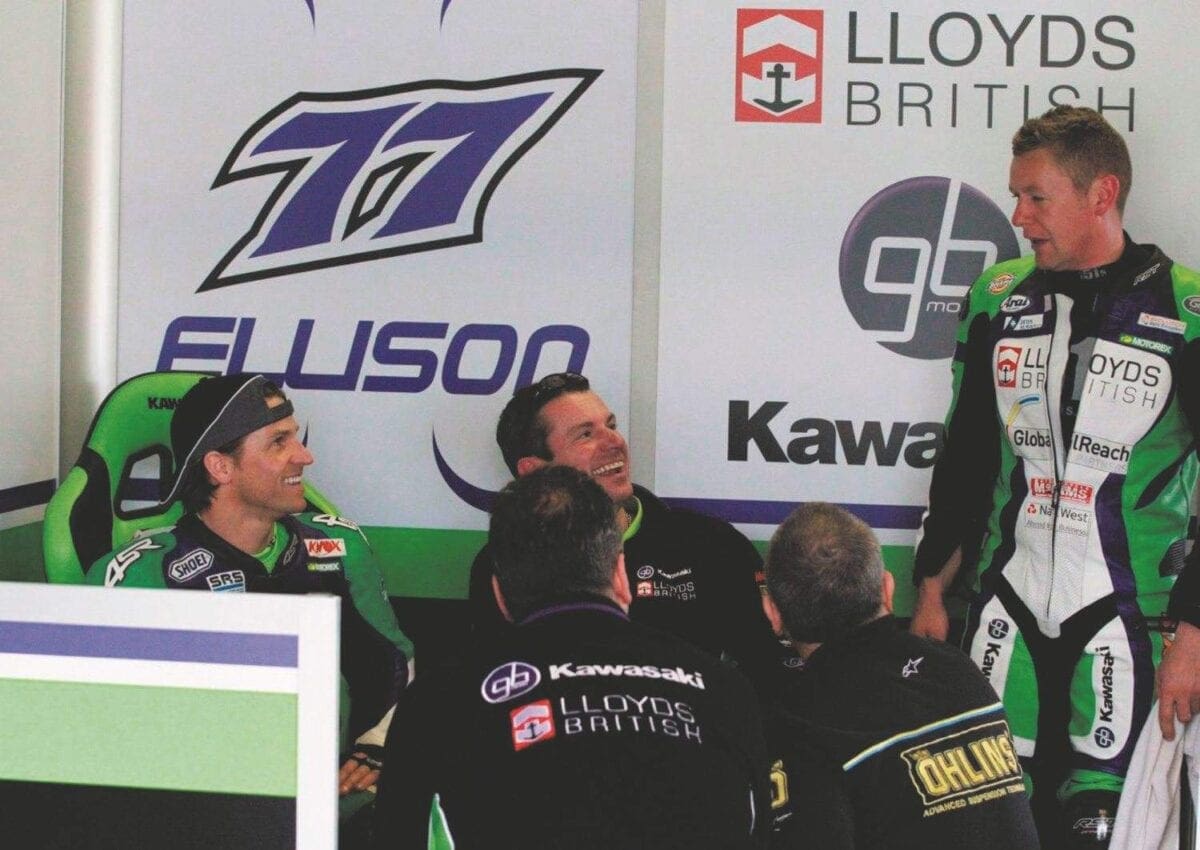 Continuing with our ‘behind-the-scenes’ access with the Lloyds British GBmoto Kawasaki team, we catch up with their Race Manager Matt Llewellyn (Ex-BSB racer) at Oulton Park to find out how he became involved with the team, how 2014 is going for his side of the garage and what exactly a ‘Race Manager’ role entails… 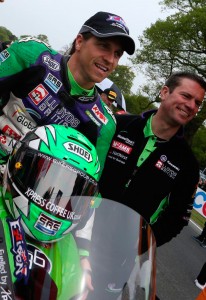 “I joined GBmoto at the start of 2013, having previously spent two seasons as Crew Chief for WFR Honda. I had a great time with WFR, but I wanted to move to a full-time position so I began looking down the garage list and Mark’s team ticked all the boxes I was looking for. It was a big move for me, with the team garage being based down South I had to make a big commitment but it definitely paid off.

2013 was a good year for us, I was working with Dan Linfoot and the whole team made a lot of progress throughout the year and we were consistently challenging for top ten positions. Despite Alex Lowes taking the title, he was having to ride the absolute wheels of the thing as the Honda’s were getting a bit long in the tooth and less competitive so we knew we had to switch manufacturer if we wanted to take another step up in 2014.

I kind of take on two roles within the team, I’m the Race Manager so look after ordering of all the parts, spares etc. that we need for the bikes and garage – we’re ordering parts throughout the year, but switching manufacturers for this year definitely caused some headaches! We had our Spanish tests booked so that was our deadline to work to, but with two weeks to go all I had was two bare chassis’ so it was definitely one of the most stressful periods I’ve gone through, thankfully we got everything sorted and had two mega tests.

My other role is crew chief for James, so myself and Chris’s Crew Chief Roger prep their bikes during the week so they’re all set for the next round. We then typically arrive at the circuit at 9am Thursday morning where we begin setting the garage up and sorting the truck out so everything is ready to go for Free Practice on Friday. 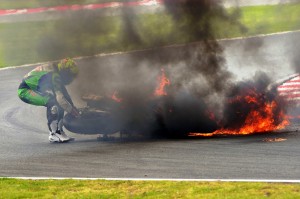 When James comes into the garage during a session, I’m the first person he sits down and talks to. We’ll go through what the bikes doing at each corner around the track, the feeling his getting form the bike etc. Andrea Torniero, our Electronics guy and Paul Mills, our dedicated Öhlins technician listen in as well and although I have final say we listen to everyone and work as a team to make sure we get the best out of the machine.

It’s definitely been a bit of an exciting opening two rounds for us all, we thought we would do well but for James to walk away with four podiums from four races is more than any of us expected this early! We’ve got a bit of a break before Snetterton where so we’ll be getting on with some upgrades for both bikes and working through the data we’ve gained from testing, Brands and Oulton.”