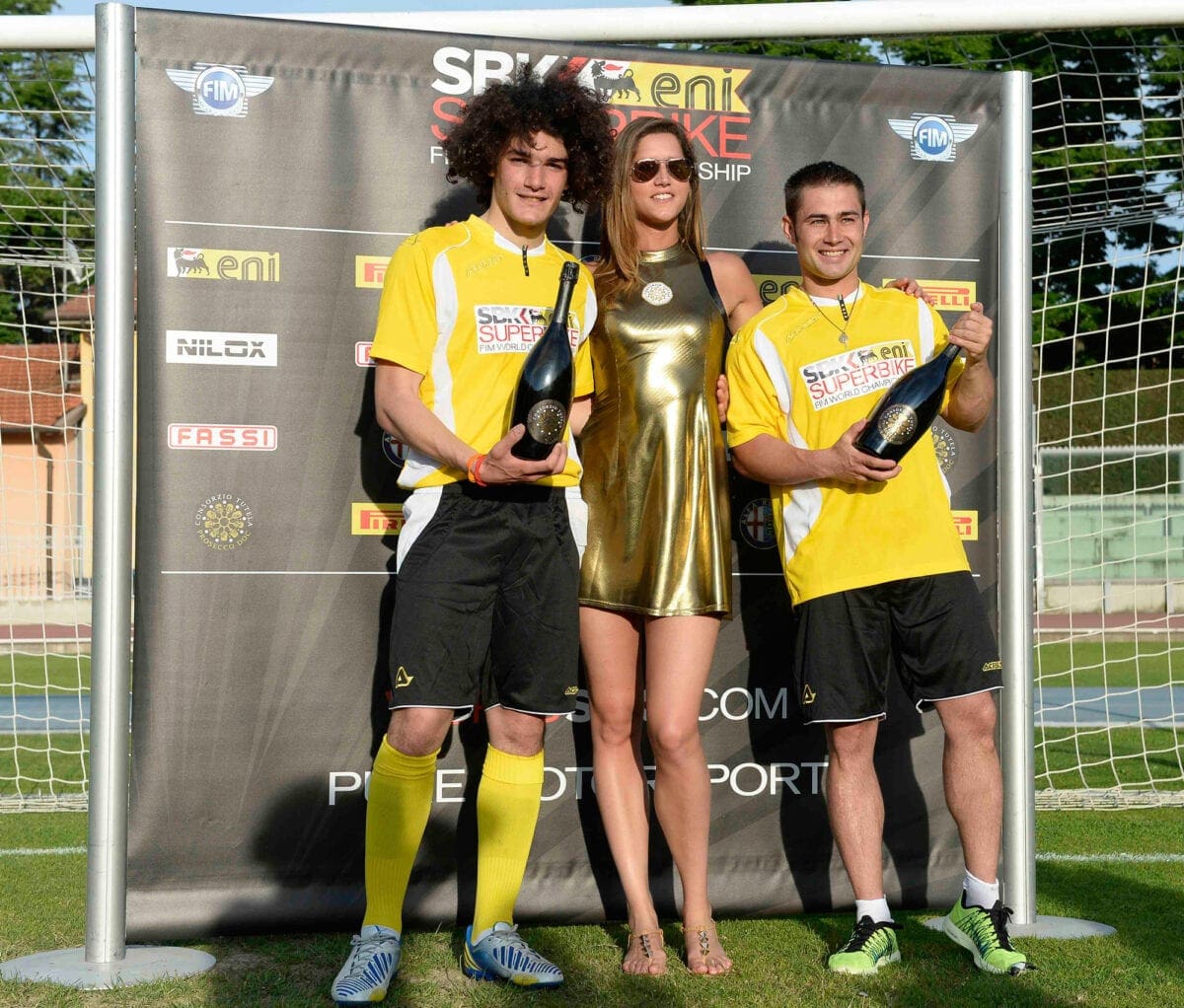 The Media Event of the fourth round of the World Superbike season took place today in front of a vast and enthusiastic crowd at the Romeo Galli stadium in Imola. The “SBK Dream Team” squared off against the “Imolese All Stars”, a team representing the city of Imola, for a charity football match. The funds raised at the event will be donated to the “Anna Guglielmi” Centre, that provides accommodation to families of patients who are hospitalised at the Montecatone Rehabilitation Institute.

Tom Sykes, Loris Baz, Michel Fabrizio, Ayrton Badovini, Luca Scassa, Leon Haslam, Jonathan Rea and many other WSBK stars laced their boots and wore their kits, created especially for the occasion by WSBK Technical Supplier Acerbis, for a day of sport and fun.

The Superbike riders were joined in the SBK Dream Team by a selection of former professional players from the “Serie A”, the top Italian football league. The likes of Enrico “Tarzan” Annoni, Marco Negri, Moreno Mannini, Ivano Bonetti, Sergio Domini, Cristian Lantignotti, Massimo “Condor” Agostini and Alessandro Bianchi took turns to play, providing an entertaining show for the fans and some exhilarating moments that will be remembered from all sides.

After two 25 minute halves, the match ended in a 4-4 draw, with the WSBK riders proving more than a match for their tough rivals. A penalty shootout before the final whistle saw a young talent take to the field, Nicolas Fabrizio (Michel’s young son, who plays for the A.C. Milan junior team). The only real football prospect on the pitch scored a perfect goal, putting the ball in the top left corner.

Pata Honda’s Leon Haslam was awarded “Man of The Match” with WSS rider Alessandro Nocco receiving the “Best Effort” award. Both riders were presented with a magnum of Prosecco DOC, Official Sponsor of the eni FIM Superbike World Championship.

Fans attending the event also had the chance to meet the WSBK riders during an autograph session, which took place at the stadium just before the kick-off. Tomorrow the action moves away from the pitch and returns to the tarmac with the opening practice sessions for all classes.