Inside enduro | From flying high to wheelie low 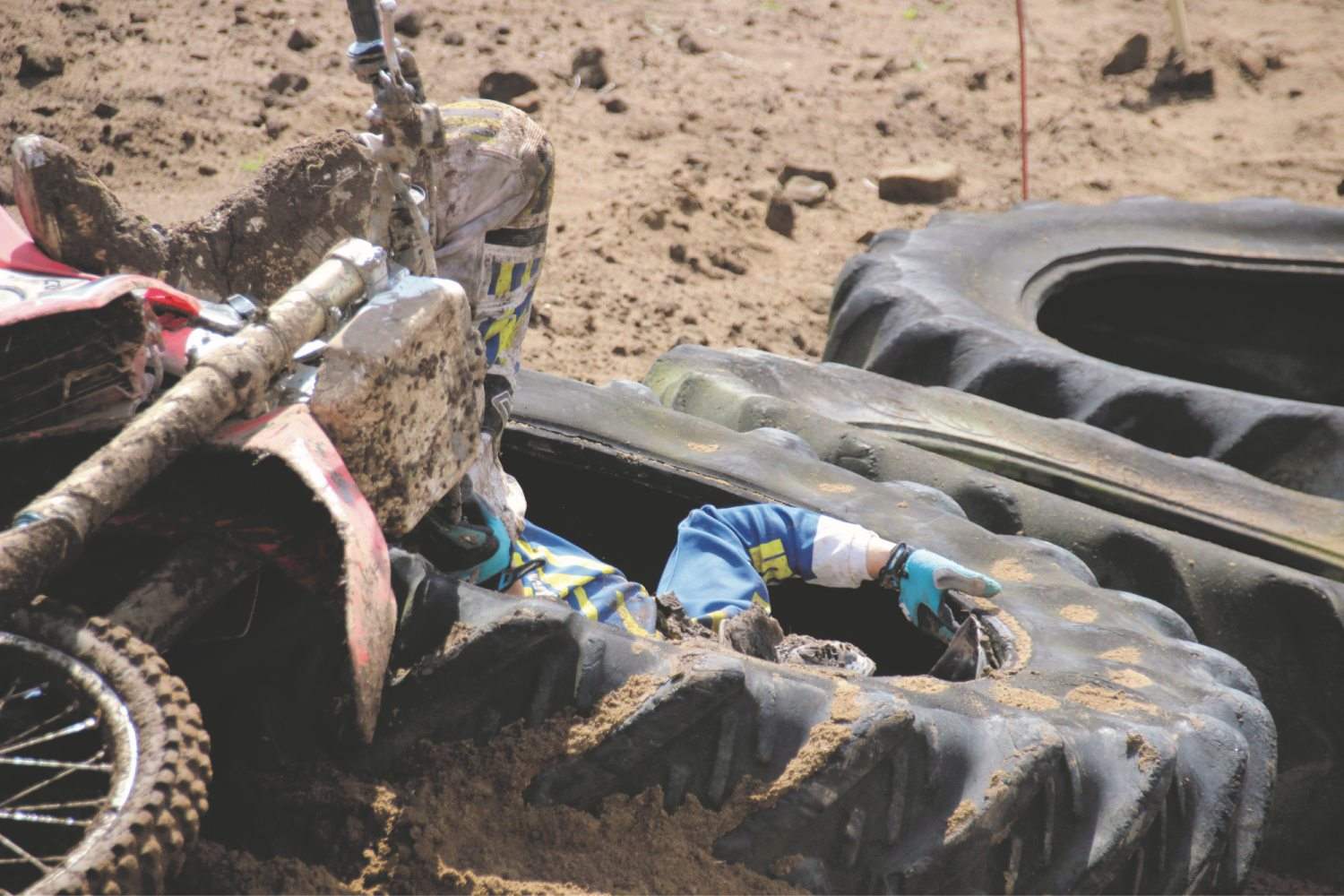 Broderick’s latest enduro didn’t quite go as planned, but he still came back with the silverware.

So there I was, upside down in a tractor tyre with my CRF on top. I had to laugh. Thankfully, I got dragged out before too long and I was soon back chasing down the lead of the Ashby Puerorum enduro. The race had otherwise gone ok to this point. I got a bit of a naff start, but made up the ground to be running top five come the end of the first lap. I’ve learnt to chill out a bit until I get a feel for a circuit. It’s too easy to go bonkers and crash your brains out on a track you don’t know. A good chunk of the 4.5 mile long loop was new to me, so it figured to take my time and pull my way forward sensibly. It turned out to be a pretty awesome layout, with a load of different challenges. The wooded section was a particular nightmare. Heavy rain and deep mud didn’t help. I always try and keep my speed up in sections like that. If you slow down then things just get silly. You struggle to get traction and your bike just slides all over, casually aiming at different trees for you to hit. There’s never a dull moment. Just like the one seconds before I fell into that bloody tyre. I’d just caught the rider in third and was charging after him into an uphill hairpin when I realised I was moments off ramming him into the next county. Not a great way to make friends, so I opted to get on the anchors instead and haul the bike up by any means possible. He said he never noticed my polite nudge, but I sure felt the fall as I toppled over sideways down into the giant rubber ring. There’s no point dwelling on crashes. You just have to get back on with it. I eventually caught the guy in third and then the chap in second, but the rider in first was playing hard to get. He beat me to the flag.

The second half was run in some minging conditions. It was raining like mad, but it was the same for everyone. We all got wet and we all crashed a lot more. It’s all part of the fun. I finished race two in third and rounded up second overall with my time aggregate from the morning. It means I’m now one point off the championship lead, which is a good place to be. What isn’t so good is the state of my CRF. In the second race both air forks collapsed completely and I smashed through one of the side panels. I think that’s gonna take a bit more than polish to fix. 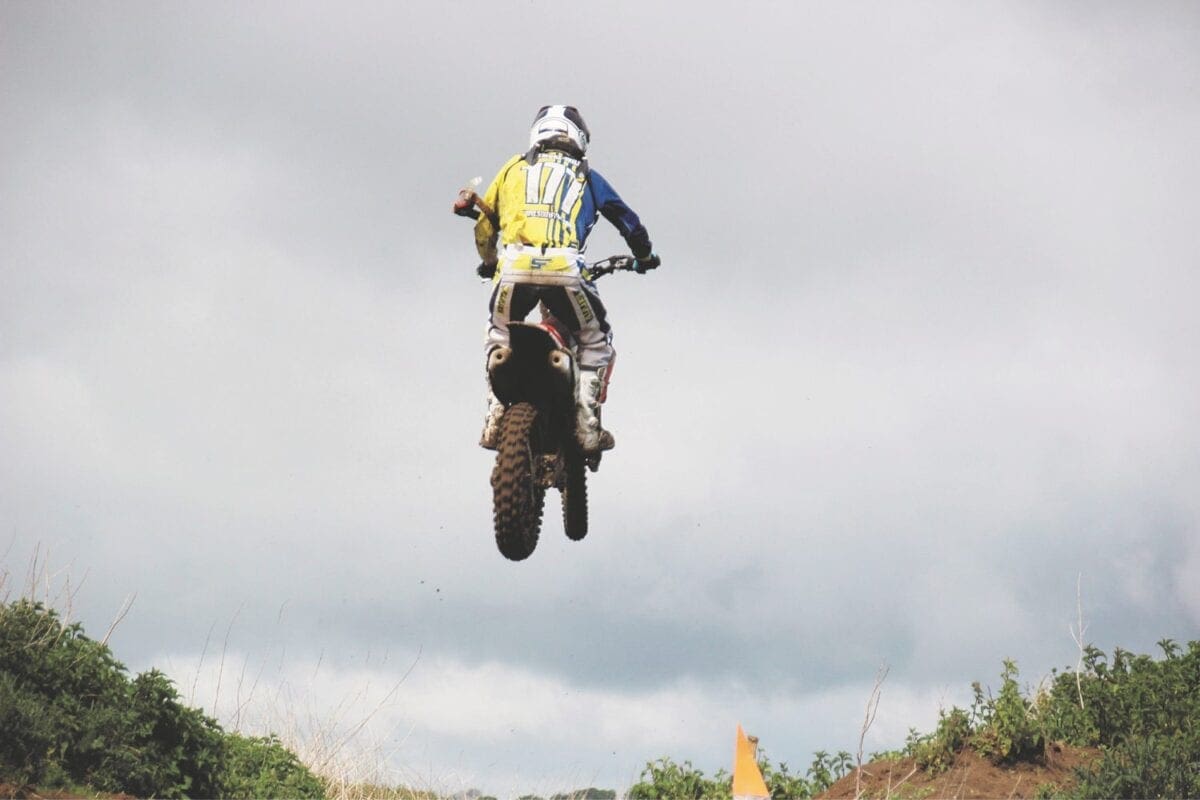