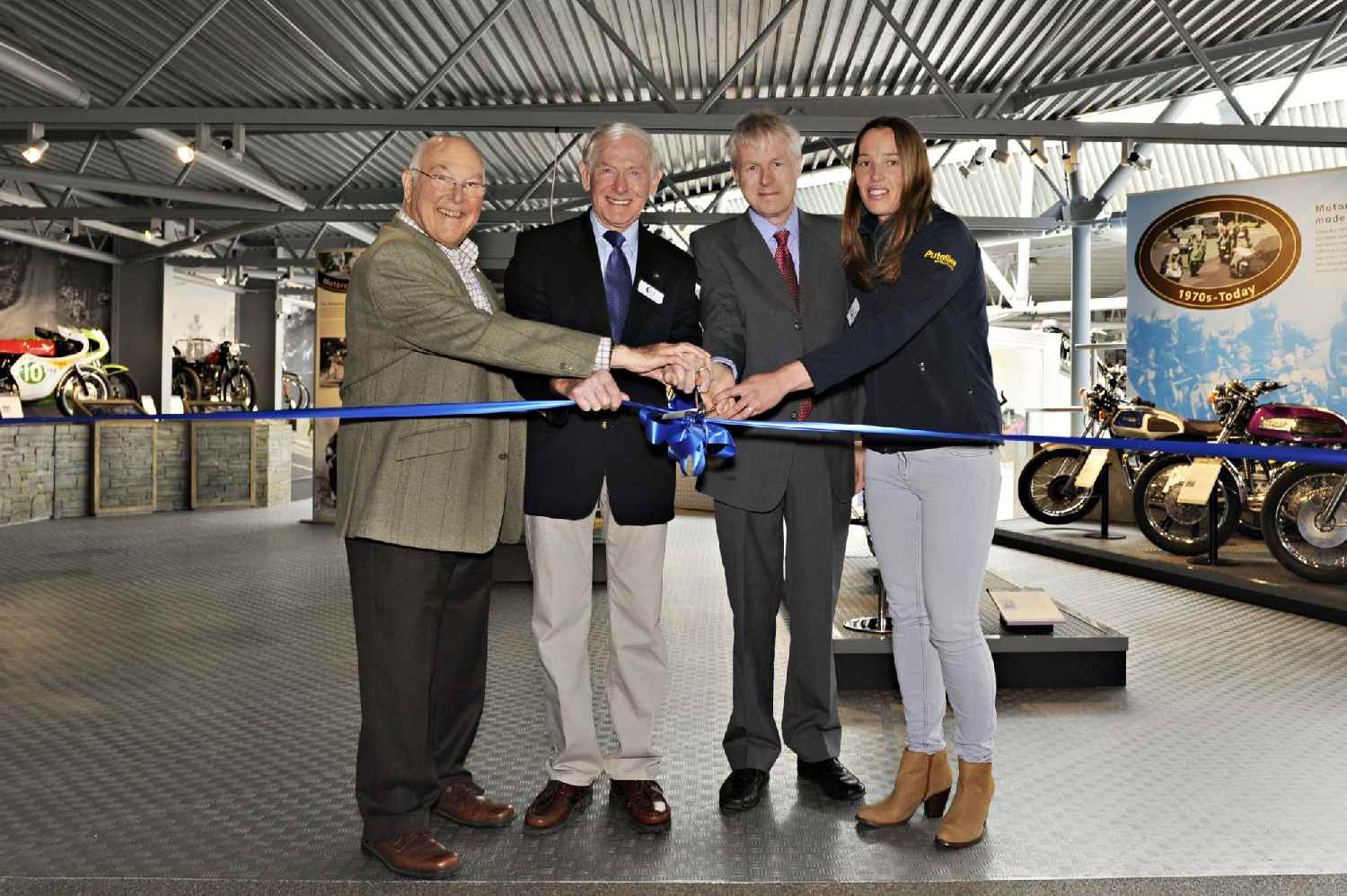 A new display in the National Motor Museum, The Motorcycle Story, has been opened.

In welcoming guests on behalf of his father, Lord Montagu, the Hon Ralph Montagu said: “We are now well over half way through a total re-display of the National Motor Museum which has been several years in development and aims to improve the way we tell the story of motoring and motorcycling and display our celebrated collection of vehicles. The latest phase is the display of our motorcycle collection in The Motorcycle Story.”

Following a ribbon cutting, motor racing commentator, Murray Walker, was invited to unveil a plaque marking his father, Graham Walker’s role as the first curator of the motorcycle collection at Beaulieu, beside a display case celebrating his life and achievements. Unveiling the Motorcycling Icons Wall of Fame were two of the icons, 11 times British Trials Champion, Sammy Miller and Britain’s most successful female motorcycle trials rider, Becky Cook.

The Motorcycle Story takes the visitor on a journey through motorcycling history and the human quest for freedom, individuality and the desire to win.  For the first time, machines are displayed in their historical and cultural context; tying technological developments to changing trends in fashion, style and sport. Supporting artefacts include clothing worn and trophies won by sporting greats in displays which cover varied racing disciplines as well as road safety, British ‘Mods and Rockers’ youth culture of the 1950s and 60s and the Ace Café scene. 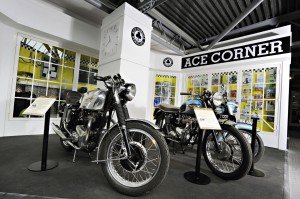 The gallery includes some of the earliest examples of motorcycles from the beginning of the 1900s which saw the rise of a new industry evolving from the bicycle craze of the 1890s. The display shows the development of the motorcycle as a workhorse, the important role it played during two World Wars and its popularity as a leisure activity during the 50s and 60s.

Motorcycles have also been used in competitive events almost since they were invented, with the first recorded event a 94 mile race from Paris to Nantes in September 1896. As with motor racing, motorcycle sport evolved into a multitude of different disciplines both on and off road. Motocross, Trials, Speedway, Grasstrack and Drag Racing all have a following in the 21st century.

Central to the display is the Motorcycle Icons Wall of Fame, a gallery featuring the top twenty riders as voted for by the public, from a shortlist of 48 motorcycling icons, drawn up in consultation with experts from the National Motor Museum Trust Advisory Council and a number of motorcycle focus groups.  It includes riders from all eras and genres of motorcycling, from early Isle of Man TT winners to modern world champions and celebrity riders. 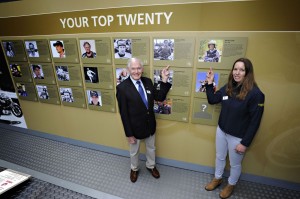 Over 7,000 votes were cast; both online and at motorcycling events across the South of England and the rider topping the poll was Barry Sheene, one of the best known and most popular riders in the history of motorcycle racing and winner of two World Championships. Other icons on the wall include Mike Hailwood, Carl Fogarty, John Surtees, Maria Costello and Charley Boorman.

The Motorcycle Story is now open and can be seen as part of a visit to the whole Beaulieu attraction which includes the National Motor Museum, World of Top Gear, Beaulieu Abbey, Palace House and gardens.

Visit www.beaulieu.co.uk/attractions/motorcycle-story  for more information or join the conversation with @Beaulieu_Hants on Twitter using #motorcyclestory 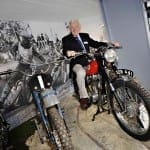 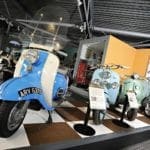 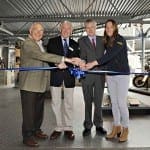 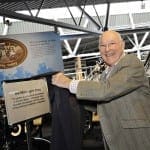 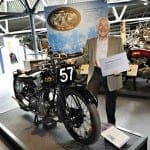 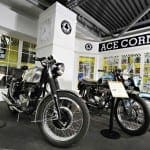