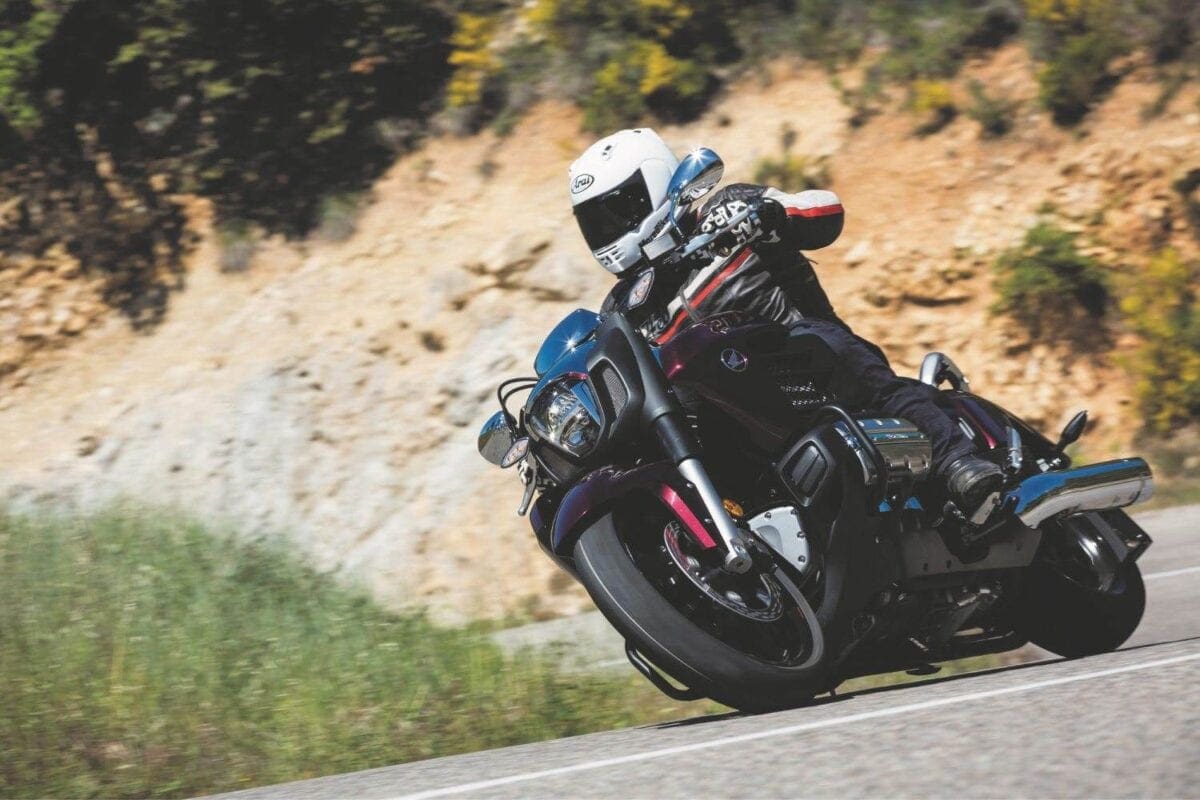 Designed to get a monumental engine between a rider’s legs with the minimum of chassis components, the F6C is Honda’s way of making this flat-six motor more accessible to a wider range of bikers.

The iconic 1832cc lump is a stunning piece of engineering, but until recently, the only way to get one was to buy the fully-loaded GL1800 Gold Wing Deluxe, starting at £24,999, or the ‘bagger’ style £19,999 F6B, which was quietly released in 2013, with limited numbers bought into the UK at first. 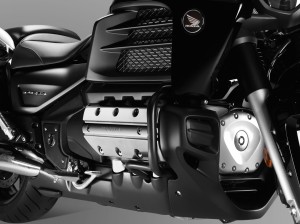 It’s testament to the engineering quality behind the 1832cc six-cylinder that, at 14 years old, it’s still a mightily impressive lump, delivering two and a half times the torque of a VT750 Shadow engine. A 6000 rpm redline may seem low, but the massive torque is available at any speed, and winding back the fat, long-travel throttle rewards you with acceleration you’d never expect from a bike of this style or size.

The single-overhead-cam engine easily meets Euro III emissions (with the help of a three-way catalytic converter), while the 12-valve motor is mated to a five-speed transmission and shaft drive. The gearbox can feel quite ‘big’ in use, but it’s positive and solid feeling – you don’t snick quickly through the cogs as you would on a sports machine, but it’s never vague and always drops purposefully into each gear. The hydraulic clutch has been revised to require less of a pull, and certainly didn’t feel intrusive as we filtered through heavy city traffic. Fifth is an overdrive, for easy motorway miles, though the 123lb-ft of torque will still eliminate the need for a down-change during most motorway overtakes. 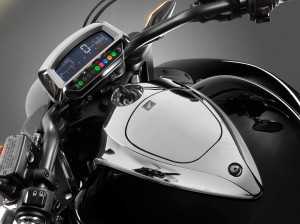 The airbox is specific to the F6C, but the same fuel injection system feeds the bike. As on the full-size ‘Wing, the radiators are side-mounted, with the plastic fairing panels channelling air through them.

During the design process, more than ten exhausts systems were prototyped – the engineers listening for the perfectly balanced exhaust note. The aim was to get a throaty growl at low revs, and a high-pitched crescendo at the top-end. The left-hand silencer now has a 3.8 litre volume, while the right has 3.5 litre. The result is certainly a deep, bassy tone, and while I wouldn’t describe it as a growl, the throb bouncing back from walls as you drift through villages, or charge down a gorge is certainly impressive.

Based on the Gold Wing’s chassis, the F6C’s multi-box twin-spar aluminium assembly is paired with a new aluminium subframe. Front and rear weight bias is effectively even on the C, at 49.9/50.1, while the engine support beam has been made slightly less rigid 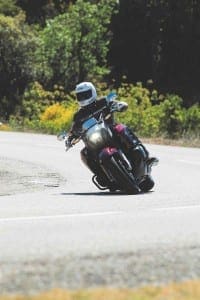 The flat-six motor helps to keep weight low, and the 341kg (80kg less than a fully-dressed GL1800 Gold Wing Deluxe) is hidden well, even at low speed.

Moving the bike around is helped by the low seat, which narrows down to 300mm, making it even easier to firmly plant two feet on the ground (I’m 5’10”). It does take some practice to really get confident when performing a U-turn on a bike like this – I’ll admit to having to take two bites of it during our photoshoots – but by the end of the launch I’d got the confidence to feather the clutch and drag the back brake when hauling the machine around.

The F6C glides over imperfections in the road, flattening out even the more aggressive speed bumps of the French launch, thanks to the single-sided rear swingarm (the same as is hidden from view on a fully-dressed Gold Wing) which carries a preload-adjustable shock, with new spring and damping rates to suit the reduced mass. The front sits on 45mm unadjustable forks.

ABS is standard, with a pair of four-pot calipers and 310mm discs on the front, and a three-pot caliper and 316mm disc on the rear. There’s no problem stopping the bike, and even braking into corners doesn’t tend to upset the hefty machine.

The dash is incredibly simple, with one ‘negative’ LCD. Surprisingly, it works well in any lighting conditions, taking on a beautiful golden look in bright sunlight. 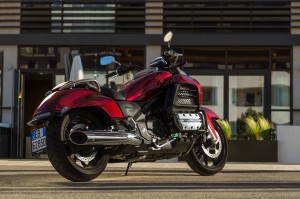 Not everyone ‘understands’ the cruiser scene, but to ignore a bike like this would be to miss out on some incredibly enjoyable rides. If you’re planning big adventures, then you might want to consider the F6B for its two large panniers, but if most of your riding is taken up by day-trips, or maybe the odd weekend away, then the reduced weight and smaller width would be ideal.

It’s not cheap, but this is a solid machine, with a truly awe-inspiring motor driving it. For me, this is what a cruiser should be – big, comfortable, and with a huge amount of power and torque, ready to blast you past those pesky cars.

The flat-six has a very distinctive, purposeful engine note (not to mention the truck-type horn), but if you crave the lazy burble of a Harley, you’ll want to look elsewhere. If comfort, great handling, and an incredible turn of speed are more important, then start saving now. 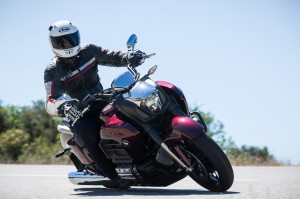 With this much torque available anywhere in the rev-range, it’s brilliant! There was little need to take the bike out of third gear for most of our ride from Aix-en-Provence, up through the gorge at Moustiers-Sainte-Marie, then down to Saint-Tropez. Tight switchbacks and small city roundabouts sometimes required a drop down to second, but the big lump was quite happy to be ridden lazily, and always ready to fire you past a few cars when stuck in traffic.

Surprisingly, the Honda feels quite different compared to its ‘bagger’ brother, the F6B. There’s the impression of a more aggressive ride, which suits Honda’s ‘street muscle cruiser’ design brief, but doesn’t take away from the relaxed feel. Rake and trail have been tweaked, and the wheels are an inch bigger than those of the F6B and GL1800 Gold Wing. Ground clearance is around the same, and while it’s not particularly hard to deck out in corners when pushing it, there’s still a fair bit of lean left when the pegs start to fold up if you find yourself needing to tighten things up mid-bend.

You can’t help but grin when you ride this bike, and by combining tough cruiser style with superb performance, Honda has created a truly addictive machine. I need one of these! 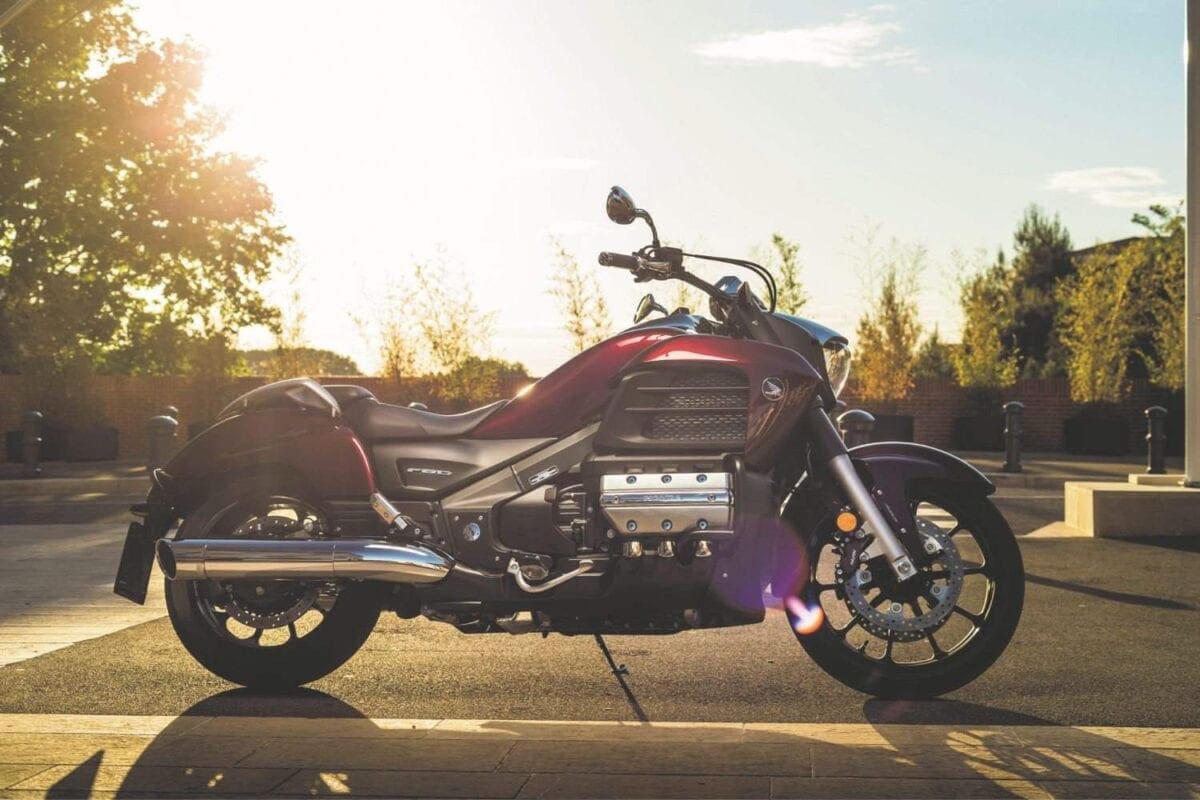