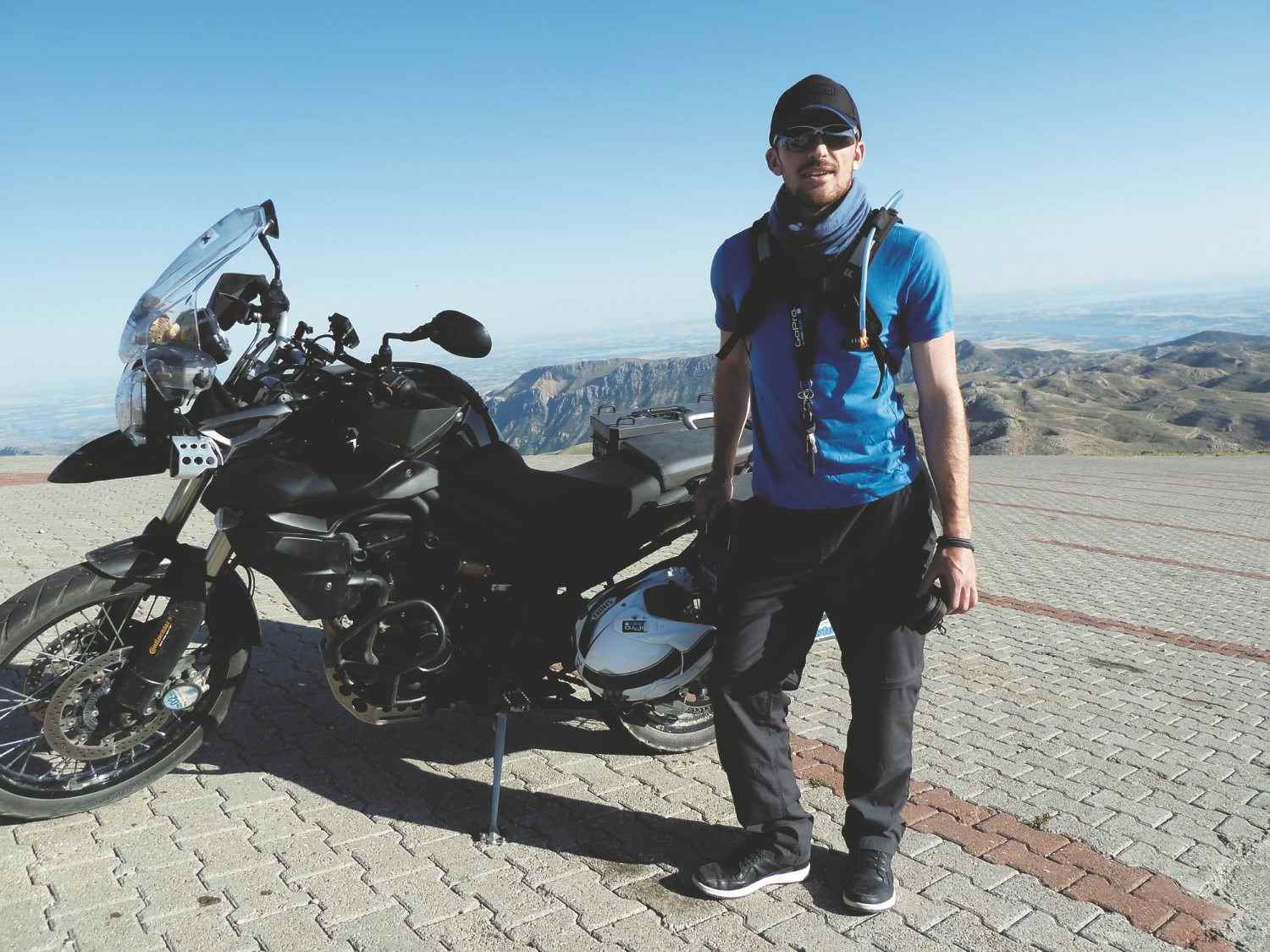 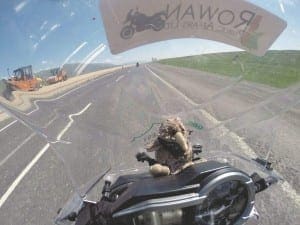 Two weeks into his ride around the globe, young British adventure motorcyclist Rhys Lawrey has reached Tbilisi, the capital city of Georgia, at the crossroads of Western Asia and Eastern Europe. Having set off from London, Rhys rode his Triumph Tiger 800 XC down through Western Europe and has spent the past week riding through Turkey. “As you travel East you notice that the population becomes more self sufficient and the pace of life slows right down” comments the 22-year old. “The towns are smaller and you don’t see any tourists, so the locals are really excited to see you. When you stop at traffic lights they’re all hanging out of their car windows, asking where you’re from, where you’re going and how much the bike cost, because they don’t see big bikes over there.”Travellers need to adapt to cultural changes too; “So long as you like kebabs, you’ll enjoy the food. Remember to drink only bottled water and brace yourself for the primitive toilets”. At a town 150 miles from the Syrian border Rhys stayed in the only hotel, which offered neither hot water nor electricity. There are also new challenges for riders new to Turkish roads; 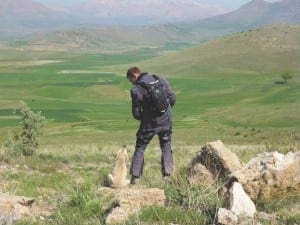 “The country roads aren’t maintained to the standards we’re used to in Western countries and it’s like a video game as you try to dodge them on the bike. They repair them with this shiny substance that I call ‘black slate’ because it’s so slippery. In central Turkey I was riding along a decent stretch of tarmac at around 60mph and looked down at the map in my tank bag. When I looked up again, the road ahead was covered in ‘black slate’ for hundreds of metres. All I could do was grip tight with my hands and knees and gently ease off the gas. The back wheel snaked all over the road and the front felt like it would
tuck under at any minute, but the Triumph stayed upright and I was able to pull over at the side of the road, with my heart pounding in my chest. It was a really important wake up call – as you travel East you’ve got to stay tuned in to changes in the road surface”.From Turkey Rhys headed North into Georgia, which is a Christian country with a distinctly European feel, sandwiched between its large Muslim neighbours to the East & West. From there he will ride into Azerbaijan and cross the landlocked Caspian Sea [AKA The World’s Largest Lake] into Turkmenistan. So far he has ridden 4000 miles through 12 countries. Rhys is raising money for The Prince’s Trust, asking for a donation of just £1 for every continent he crosses (up to a maximum of six). You can follow his progress, view his video diaries and make a donation at www.2mororider.com.