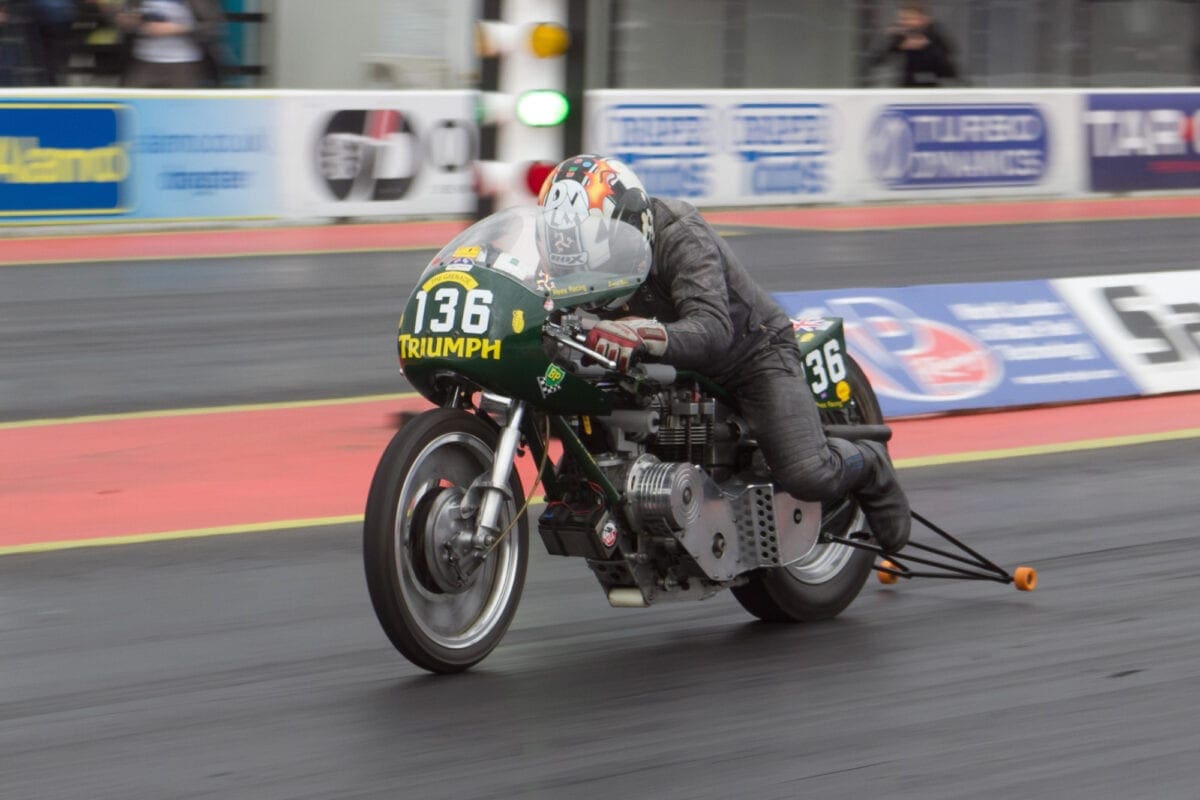 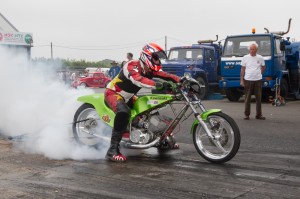 For the first time in many years, among the bike entries there should be no fewer than 5 double-engined drag bikes out in action on the track, plus at least one more on show, in what will be the biggest gathering of these crowd pleasing machines in a very long time. They will be taking part in the National Sprint Association’s bike shoot-out at the combined car and bike event. There will be qualifying sessions throughout Saturday and Sunday, with the quickest two riders facing-off in the final race for victory.

Making a welcome return to the track for Dragstalgia, after an absence of more than 30 years, will be the very successful Super Cyclops supercharged double Norton, which was originally built and campaigned by Mick Butler. Well known Jet Car exponent Colin Fallows will be on board the neat 1000cc entry. His inclusion on two wheels at the event may come as a surprise to many, but Colin is a regular bike sprinter these days, and will be busy getting to grips with the recently restored machine. 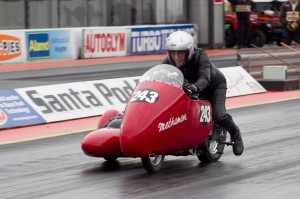 It’s 50 years since the Drag Festivals kick-started the sport into life in this country, and one of the well-known bikes of that era will be making a welcome return to Dragstalgia. Maurice Brierley rode his supercharged 998cc Vincent sidecar outfit to good effect back in 1964. Chris Illman, with passenger Colin Jefferies, will be putting the lovingly restored combination through its paces on a rare outing.

A number of legendary names in the straight-line sport will be out on track, taking part in the NSA Bike Shoot-out. Looking back 40 years, you would see John Hobbs and Dave Clee battling for Top Bike honours at Santa Pod. Both riders will be in action over the weekend. The mix of bikes is more than a little diverse, and includes Bernie White out on his 1929 600cc Douglas. It may be 85 years old, but the flat twin has run times in the mid 12s bracket. Bernie was one of the quick 500 blown Triumph racers in the early seventies. Talking of Triumphs, last year’s winner, Martin Willmott, will be looking to repeat his win on Capella, which was the first 500 Triumph in the world to hit the 8 second zone.

There will also be a huge contingent of 1970s Kawasaki triples from all around Europe out on the strip taking part in the rwyb action throughout the weekend, as well as a varied collection of interesting bikes on display in the historic vehicle marquee.

In addition to the bike action you can expect to see drag racing from the invited car classes, the Split Second Jet Dragster, Fire Burnouts, a cacklefest, beer festival, live music, a drive in cinema match racing from the famous US Fuel Altereds Rat Trap and Pure Hell in partnership with US Automotive and even a B17 flypast! 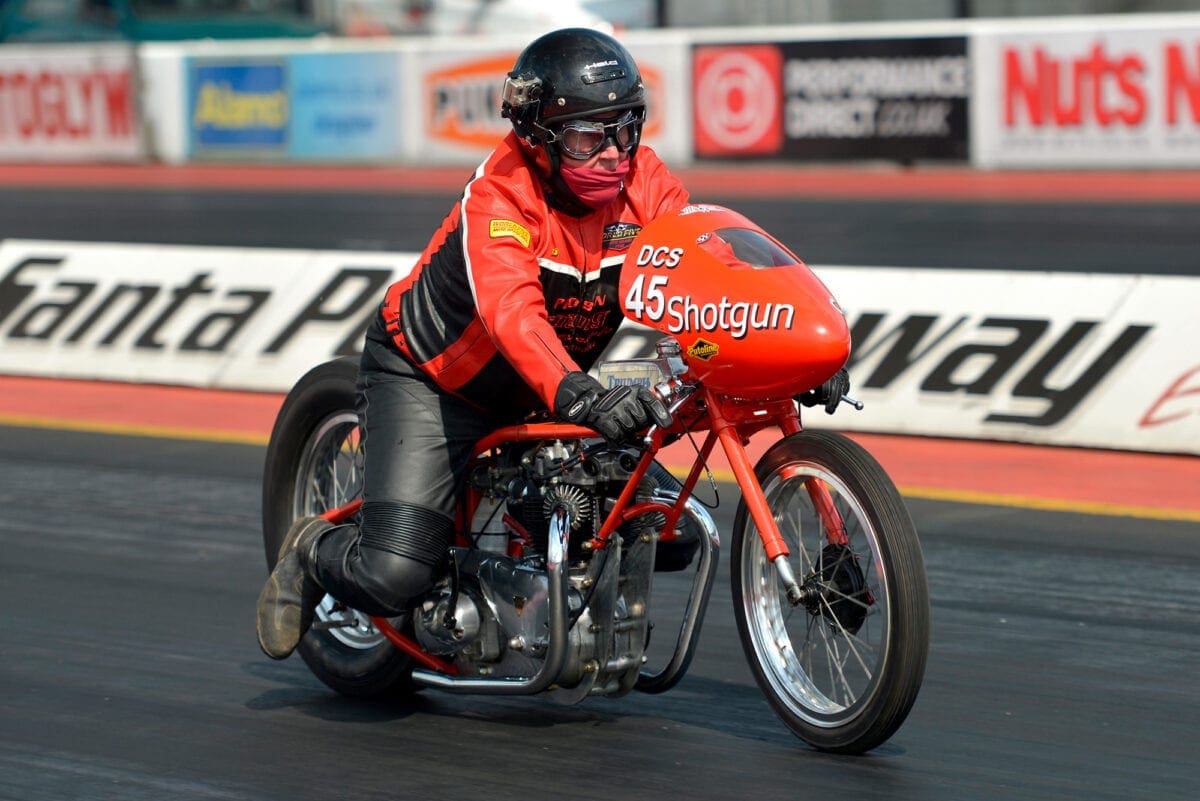