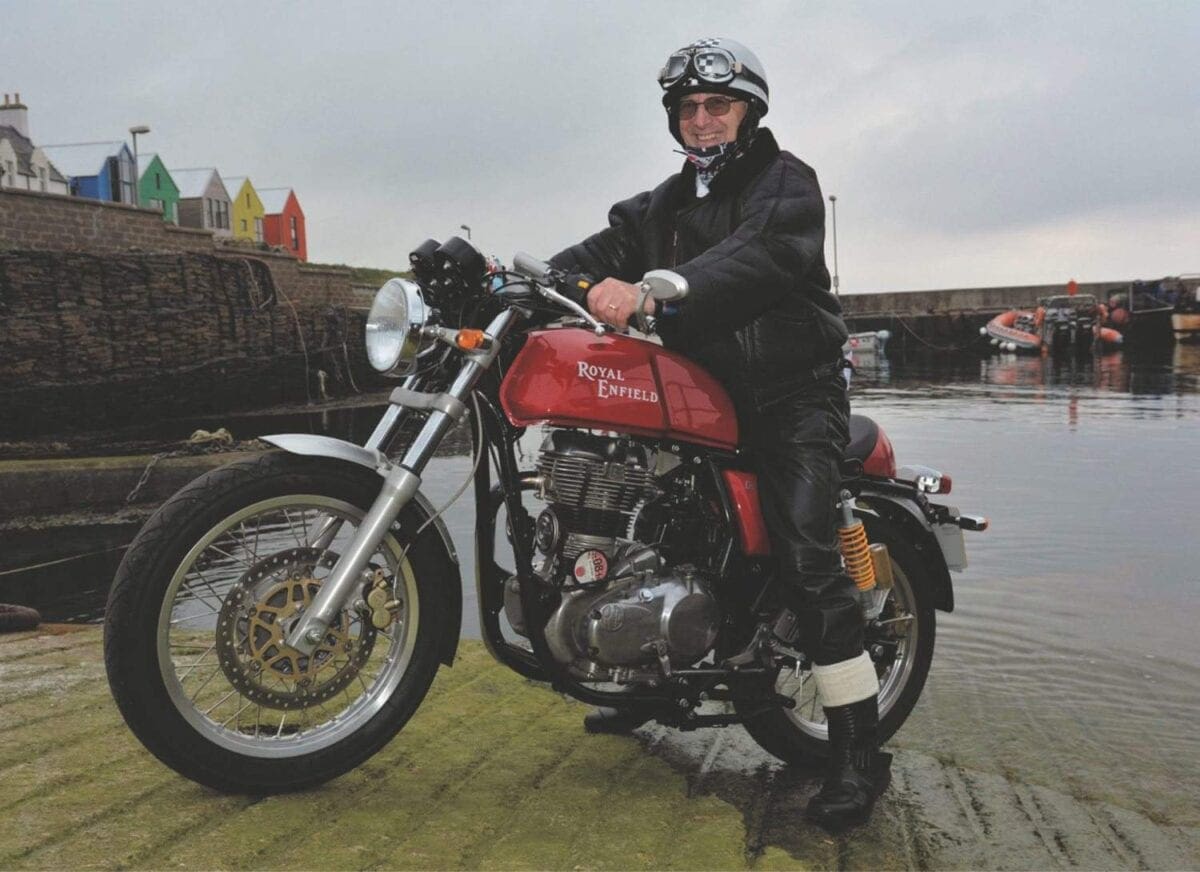 Fifty years after Royal Enfield, embarked on its first ever 24 hour ‘Top to Tip’ sprint ride, the brand recreated its iconic challenge to celebrate the launch of Royal Enfield’s first exclusive store in the UK. This marks a major turning point in Royal Enfield’s history and presence in the country. The brand has significant plans for the UK, which is also the spiritual home of Royal Enfield. 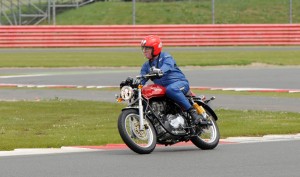 On Saturday 10th May at 10:10pm, five teams of motorcycle enthusiasts flagged off on Royal Enfield Continental GT motorcycles from John O’Groats, the northern most tip of UK forming a relay that changed over at pre-determined points along the route and covering 952 miles, to ultimately finish at Land’s End.

The team successfully reached Land’s End at 6:57 pm on Sunday 11th May, completing the ride in a record time of 20 hours and 47 minutes, while simultaneously raising money for social enterprise charity, Riders for Health. It was in fact Tom Bray, Riders for Health’s eBay auction winner that rode into Land’s End as the first rider on Sunday evening to complete the epic challenge.

Each team of five riders all completed the challenge on the new Continental GT – the lightest, fastest, most powerful Royal Enfield bike in production, launched in September 2013.

In 1964, the initial 24-hour Top to Tip ride, from John O’Groats to Land’s End, marked the launch of Royal Enfield’s 1965 Continental GT model. The ride in 1964 was completed in 22 hours and 20 minutes. As part of the 1964 ride, noted motorcycle racer John Cooper had lapped the Silverstone race circuit where he reached a record- breaking 73mph, making the 1965 Continental GT ‘Britain’s Fastest 250’.

To keep the ride in line with its historical roots, the riders arrived at Silverstone on Sunday 11th May, where John Cooper, now 76 years old, completed a lap of honour on the very same track that he broke his original record. 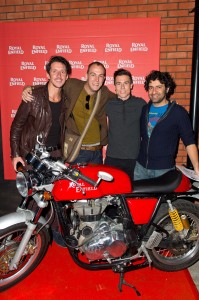 Commenting on the Top to Tip ride, Siddhartha Lal, CEO, Royal Enfield said: “At Royal Enfield we have recreated history today by commemorating 50 years of the legendary Top to Tip ride on the Continental GT motorcycles. The ride has received an unprecedented response from enthusiasts, journalists and club enthusiasts alike, who came together to complete this difficult challenge in a record time.”

“The Continental GT is inspired by the café racers of the 1960s in its form and in its simplicity; and it captures the feeling of freedom, fun and responsiveness that riders were trying to achieve then and brings it into the modern context. We use traditional craftsmanship and modern technology as a means to achieving the perfect balance between the rider, machine and terrain. The Continental GT is possibly the most engaging mid-size motorcycle out there. This ride, covering 952 miles in less than 21 hours, has again brought to the fore the superior handling and reliability of the bike”, he added.

The 50th anniversary celebration of the Top to Tip ride also marks the launch Royal Enfield’s first exclusive store in the United Kingdom. The store, based on Poyser Street, East London, houses the entire Royal Enfield range of motorcycles, including the all-new Continental GT, Classic and Bullet 500. The 850 sq ft retail unit will stock a complete range of apparel and accessories, including helmets, jackets, riding trousers, t-shirts, pit shirts, boots, gloves, goggles and buffs. A fully automated workshop with highly trained technicians will also supply spare parts for all current and non-current models. This brand new retail format showcases the brand’s philosophy of ‘Pure Motorcycling’ in every aspect of the Royal Enfield ownership experience. The store draws its inspiration from the brand philosophy to create an ambience similar to what would be found in an avid motorcycle enthusiast’s drawing room. It also features an interesting visual merchandising format and innovative product displays, which include the use of bits and bobs from Royal Enfield motorcycles. A full blown wall display of a stripped down Continental GT showcasing the bike’s internals and frame further adds to the panache of this brand new exclusive Royal Enfield store.

The Top to Tip ride also provided the perfect opportunity to partner with worthwhile charity, Riders for Health – who use well maintained motorcycles, ambulances and other four-wheel vehicles to deliver health care in seven countries across Africa – to help to raise much needed funds.

Royal Enfield will also donate a bike used on the ride, which the charity will then raffle off in order to raise further funds.

“The machine that people use for fun in the UK is the tool that Riders for Health is using to help save lives in Africa every time we mobilise a health worker with a well maintained motorcycle, transforming health care for 14 million people. This is why we are so pleased to be involved in the Royal Enfield Top to Tip challenge.”

You can find out more about Riders for Health by visiting www.riders.org, or by following them on twitter @ridersforhealth or on Facebook at facebook.com/ridersforhealth. 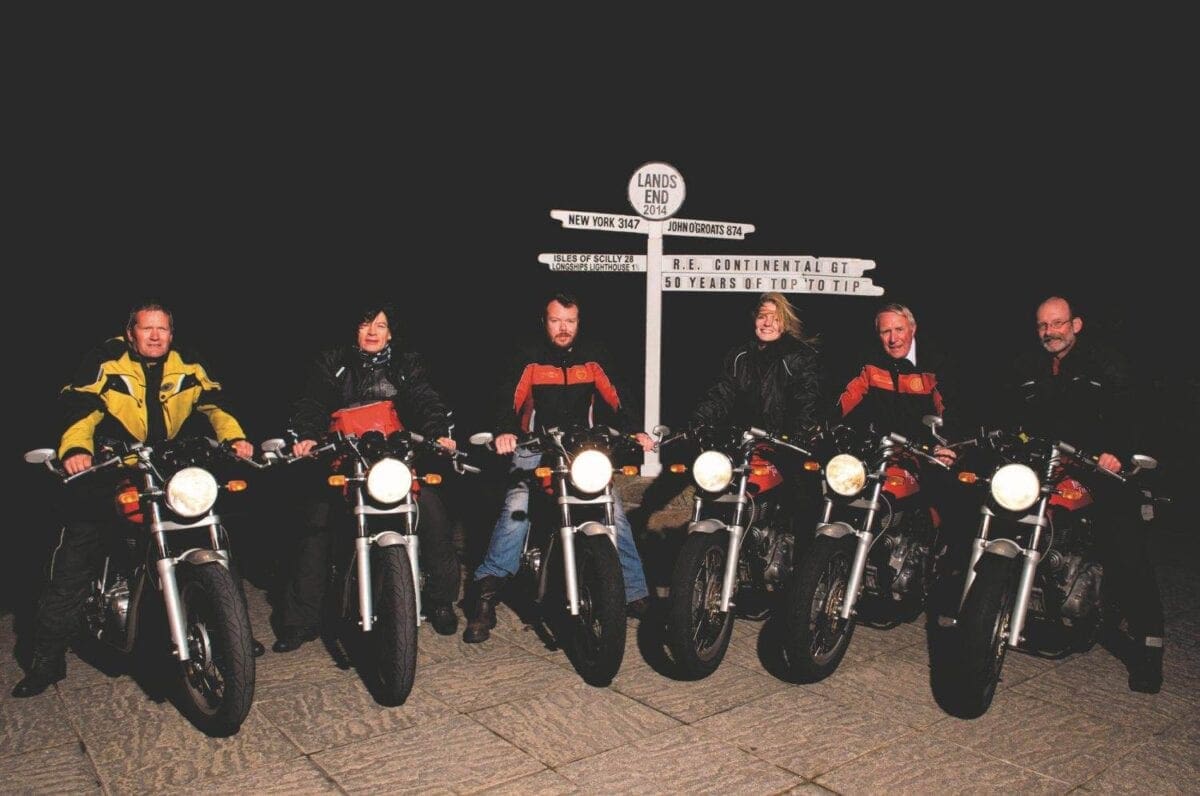 The riders at Lands End