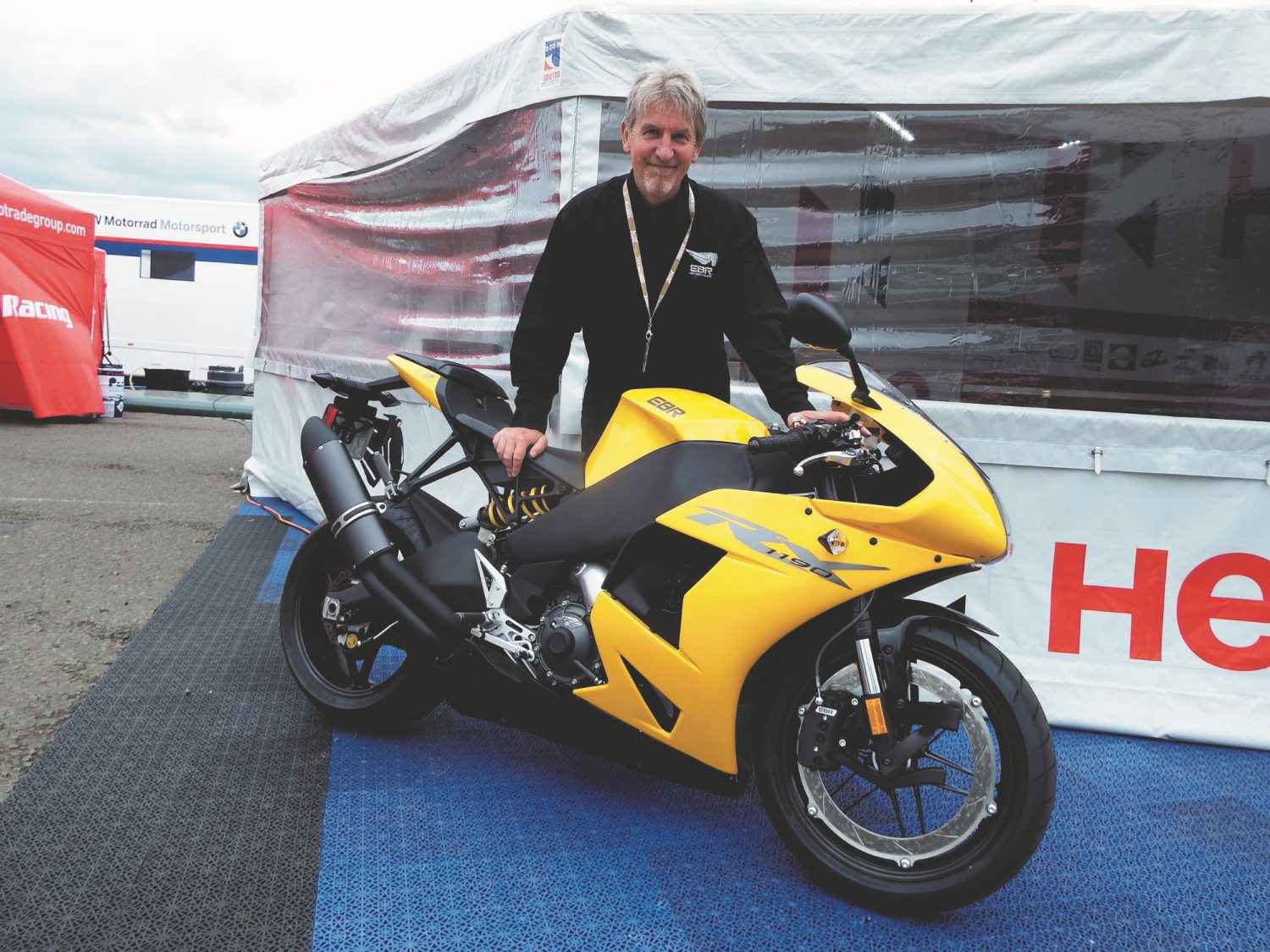 MoreBikes.co.uk caught up with Steve Loxton, Sales Director for North Europe for Erik Buell Racing to see what his plans are over the next few months – looks like he’s going to be busy…

Have you always worked in the motorcycle trade?

“I’ve been in the motorcycle trade for over 30 years now and it’s always been in retail. I worked with Harley-Davidson for 20 years and I ran Black Bear Harley-Davidson in Newmarket for the last 15 years. I was very disappointed when Harley decided to close down Buell but since then I have watched EBR’s progress and as soon as I knew they were moving into Europe, I approached them and landed a prime job – I’m absolutely delighted.”

What will your new job include?

“To start with it is a matter of setting up a dealership network both here and in Scandinavia. I am looking at starting six dealers in each to start with and then building on that. As well as getting the dealers started, I will be nurturing them and ensuring they’re looking after their customers. It’s a case of building the network and the brand from there.”

How much of a market is there for Buell in the UK?

“There is a very strong group of enthusiasts in the UK. The traditional Buell owners are a distinct group and have a very different approach to a lot of others. Often, they don’t like to be organised and don’t like to be in ‘clubs’. The biggest is the UK Buell Enthusiasts Group, which is a forum. There’s no committee and you don’t have to pay a subscription. People just get together and chat and go on ride-outs together if they want to. They’re very loyal owners and it was great to see some of them visit us this weekend at Donington Park. I’ve been part of the group for a while so am involved in the tight-knit community. ”

“Last year EBR had the 1190RS which was mainly produced so that the homologation rules could be met for racing in the AMA. This year the 1190RX has been launched which is a progression from the RS. The RX is being launched into Europe with more models planned for the future. They shall be in dealers as soon as I can get them set up so it’s pretty much down to me to get busy, get the bikes in dealerships and then the customers can get them out on the road. We had a really great reaction from visitors who saw the bike this weekend at Donington Park – we had two positioned outside our hospitality unit and there weren’t many people who walked past without taking a second look or sitting on them. Competing in the World Superbike Championship is brilliant as it gives international exposure of the model. We’re not going to be the fastest out on track as we don’t have data and we have two riders who have never raced in Europe – but we’re out there, having fun and a lot of people have said they enjoy seeing and hearing the bikes out on track.”

Read about the story so far for Erik Buell Racing at www.morebikes.co.uk/eric-buell-comeback-king-ebr/