Inside the TT: Olie Linsdell gets to the IOM

Over the course of the Isle of Man TT fortnight, MoreBikes.co.uk will follow the progress of Olie Linsdell; a privateer racer from Bedford who builds and prepares his race bikes in his father’s shed. Olie has extensively raced modern and classic machinery on short circuits and real road races since the age of 15, cumulating in the clinching the Classic TT 500cc win on a Paton last year. 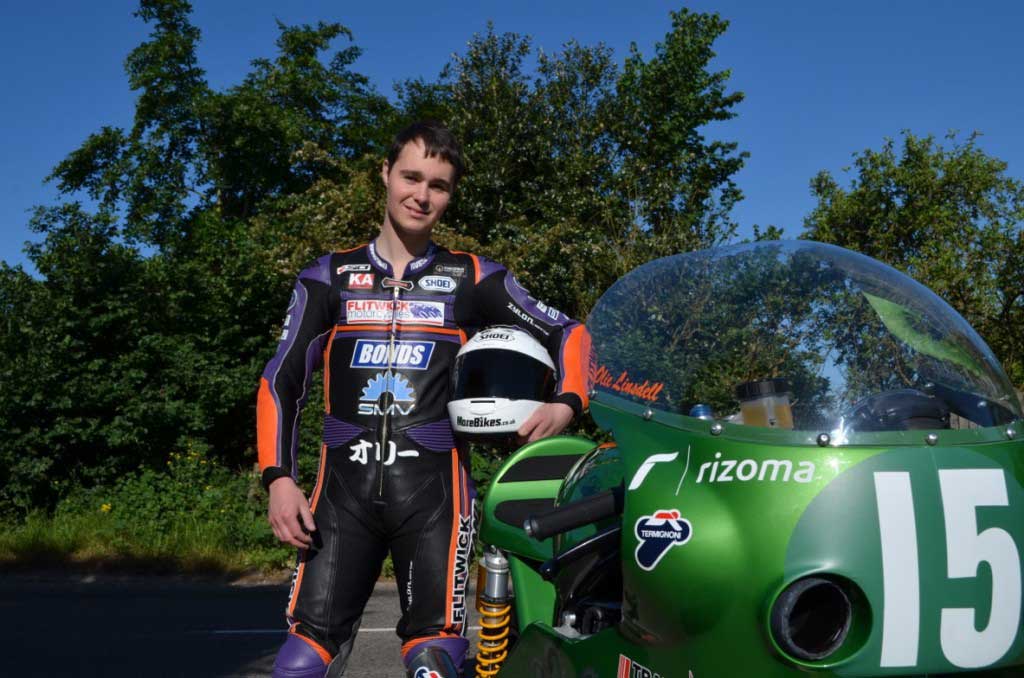 At the 2014 TT, Olie is concentrating on the ‘small’ bikes with entries in the Supersport and Lightweight classes and is the first year he hasn’t brought a 1000cc machine for either the Superstock or Superbike races. For Supersport, he’ll race his trusted R6 with the aim of improving on a brace of 16th place finishes and to better his 122mph lap. For the lightweight, he’ll use the unknown Paton S1. It looks like a classic bike with its twin shocks and retro styling, but is brimmed with high-level components and a tuned ER-6 engine. Unknown in a sense that the first time Olie will ride it is down Bray Hill very soon…

We were on the road at 7.30am to get the ferry at 2.30pm. We went in convoy with a car and the race truck, so it was a slow old affair limited to the speed of the truck. We’ll soon change that on the island!

The crossing was perfect; the sea was still as a millpond. I did wonder why the hell the boat was going so slow in perfect conditions, but I think they want to save fuel. Maybe I was just a bit frustrated, as I just wanted to get there! 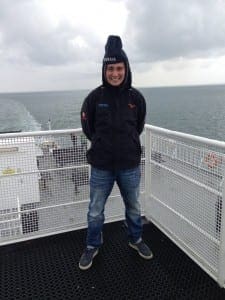 We got off the boat reasonably early despite being on the top deck. We got straight to the paddock and joined the queue of vehicles. With everyone arriving in dribs and drabs from the Monday, it must be really hard the organisers to know how to position people in the paddock. Especially as there’s no penalty for not declaring what square footage you require for awnings, trucks, caravans etc.

To cut a long story short, we ended up getting the worst possible position in the paddock. Far away from everything and everyone, parked on what can only be described as a bog. Caravans were already sinking, let alone our 8 tonne lorry. But we did as we were told, parked and headed to our main sponsor’s house, Steve Bond from Bond’s.

Not too impressed to hear of our paddock position, he was having none of it. So returning to the paddock and with the arrivals from the last boat calmed down, we were able to ‘upgrade’ to a premium position in Paddock B where everyone will spot us. We worked our socks off to get the awning up so that nobody from the early boat on Friday took our space. A mighty erection, it is.

We still had a lot to do setting up to do, including putting the floor down, getting the workbenches and toolboxes in position. There wasn’t much to do on the Paton so we concentrated on the small jobs that were left on the R6, such as fitting the new fairing and getting that stickered up.

I signed on for the event, had my clothing scrutineered – which took a while as everyone was keen to talk about my new Kushitani suit – and then it was on to the rider’s briefing.

The main point of this for more established riders is to know of changes to the course and any new regulations, such a pit lane speeds and penalties for breaching those.

In terms of the circuit, the Creg has been resurfaced; replacing the shellgrip with high grip tarmac and Hillberry has been resurfaced – this section is the name of our house as this area was the closest my dad had to a big accident racing the TT. Anyway, there was a big bump at the apex and when they tried to smooth that a week ago they’ve ended up causing two lumps. Oh well.

Other changes include smoothing May Hill out of Parliament Square. This is my least favourite corner of the TT as it off-camber with a bump on the exit. I always breathe a sigh of relief when I get through that – so hopefully that’s been improved.

The plan for Saturday was to graft really hard to make sure we can get Sunday off. Usually we’re running so many classes there’s no time off in the whole fortnight; as there is always something that needs doing.

But the Isle of Man is truly a beautiful place, so the chance to have some downtime there is never to be missed. The whole Island is so relaxed, crime is very low; I don’t think there’s even the need to lock your car. You can’t take a stolen car off the island!

We did a lap of the circuit in by car – just a reconnaissance lap really – for my own sake and to add to what has been said in the briefing.

Unfortunately the weather took a turn for the worst and, thankfully, the new clerk of the course is really good at making early calls whether practice or a race will be cancelled before all the roads are closed and you’re in your leathers revved up to go for no reason. Yes, it is disappointing but it happens so we will have to wait until Monday to get our first fast laps in 2014. 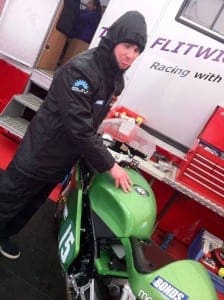