Inside the TT: Olie Linsdell qualifies 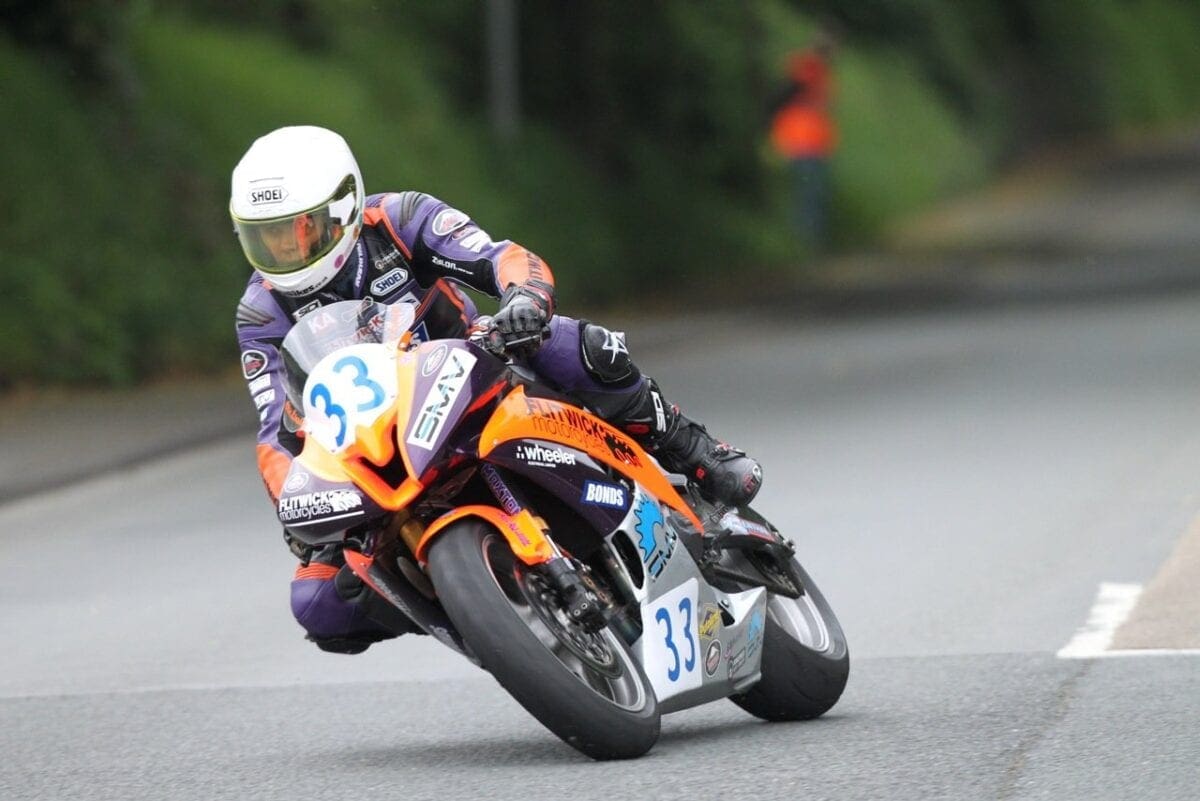 Because of the weather, practice on the Saturday night was cancelled. Things have been full on though; you don’t think you have a long list of things to do, but it seems to take a long time as there’s always something that needs doing, especially the more time you have to look at a bike. I guess that’s just motorcycle racing; trying to make things as close to perfect as possible.

It was a shame Saturday was cancelled as it was Lightweight only and we need as much time on the new bike as possible – we already know the R6 like the back of our hands. The Paton S1 was built in Milan, Italy, and is the first one off the production line and the one used for the homologation process. As soon as Dad and I got our hands on it, we’ve been busy turning it into a TT bike. There have been some long and late hours spent on the bike, so dad wanted our very trusted mechanic, Mervin, to run his spanners over it for a double-double check.

Merv is just one of those people that road racing needs. He volunteers so much of his time to help us. He’s helped since I began road racing in 2007 and my Dad, well, as long as I can remember. He’s also the only other person Dad trusts other than himself to work on my bikes.

Anyway, Monday morning practice came around for me not long before 7pm. Usually the sun is so low in places in can really dazzle you for what seems like ages, but maybe because at 170mph a 10th of a second can feel like 10 seconds when you can’t see! Conditions were perfect and although it would have been nice to get up to speed on a 150mph bike, the 170mph one soon wakes you up.

I managed a 117mph lap on the R6, which was fairly respectable for opening night and was about 3mph up on what I’d done on the first outing. The engine is freshly built and tuned by Dad and is posting very strong figures through the speed traps, so that’s encouraging. The practice just with one bike also allowed us to experiment with tyre pressures on the Metzeler tyres and we finished the night very satisfied with that.

It’s always a big weight off my shoulders to get first practice over and done with and the changes to the circuit were mainly good, but the tarmac at Hillberry was still greasy as it was only recently put down. 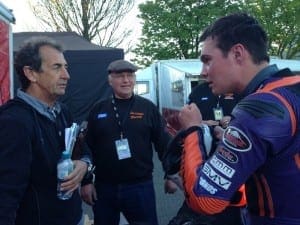 Practice was going well and I was on course for a 120mph lap when I got red flagged into the pits, posting a 119.2mph with 10 seconds lost in the last sector.

So I’m pleased to be on the same pace on the 600 already that I was on the last lap of the second 600 race last year. Now that we’ve already equaled our best, now the aim is to improve.

In the paddock, the reaction to the Paton is amazing; there’s a real buzz about the bike and a lot of people are telling me it’s the best sounding bike on the island this year. The megaphone Terminoni exhausts certainly help.

I think for a lot of people in their mid-50s, like my Dad and Merv, the retro styling of the bike is a lot like the machines had when they got into bikes.

Tuesday was the first time I’d ridden it and I’ll admit I was a bit nervous about it and it was also my first time on Continentals.

I always say you can tell by the bottom of Bray Hill if a bike is going to work around the TT. That first section serves every type of road type you will find around the whole course and the Paton passed with flying colours. If I hadn’t known better I’d have thought I was riding the Paton I won the Classic  TT 500cc last year on, only with more power and better brakes – exactly what I was hoping for.

I was impressed with the Continentals; they are stable, offer good grip and the wear is like they haven’t been touched. I will be doing some more exploration of those throughout the year… 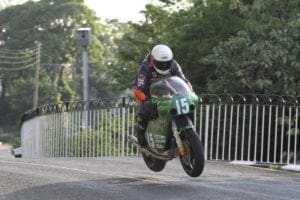 But the best thing is that after just one session we only need to make small changes to the bike in terms of gearing and suspension. The speed trap figures are the fastest, so that again is testament to my Dad’s ability to put together a strong engine.

We started the day making the changes on the Paton and, well, that was the day soaked up. For the R6, we were analysing the datalog information and working with Richard Adams from Maxton Suspension.

At the TT, bikes have to be scrutineered before every session. This is not only because of the hammering the bikes take around the circuit so to make sure nothing is hanging off or coming loose, but also because riders and teams will be making fairly major changes throughout the week. Without these fantastic volunteers the TT couldn’t happen and it would definitely not be as safe as it is.

An accident cut practice short and there was spits of rain and the circuit felt a bit greasy. For the whole lap there moisture on the inside of my visor and that tells me that there isn’t a huge amount of grip available. With eight laps already under my belt and both bikes qualified for the races, there was no reason to push in less than perfect conditions. Besides, I was planning to pull in when the red flags came out anyway.

The weather is so changeable here that you never know what you’re going to get, I’m just pleased I only have the two bikes to concentrate on this year. 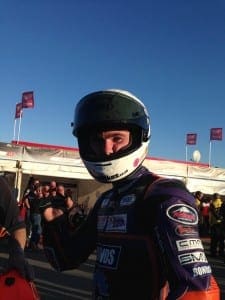