Joining the already successful line up of the MT-09 and MT-07, Yamaha has introduced the brand-new MT-125 to the family, so that A1 licence holders can join in the fun. The supersport backbone of the YZF-R125 has been developed into an urban Streetfighter. The result: A torque-filled, economical 125cc bike with styling taken from its very attractive big brothers, leaving no doubt that you’re part of the MT clan. 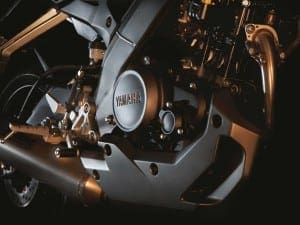 The MT’s lump is the same as the new YZF-R125: a single cylinder 4-stroke with a strong emphasis on efficiency. Despite riding all day, the fuel indicator hardly moved, and I got an incredibly impressive average of 124mpg from the machine – that’s more than some scooters! The test route took in the busy streets of Barcelona, with its hundreds of traffic lights and city commuters, as well as the twisty mountain roads. It’s got a really nice character for a 125, and packs a whole lot of attitude despite being the baby of the bunch. The six-speed gearbox is smooth and allows you to reach the national speed limit easily, making country roads a pleasure. It’s a punchy engine with power throughout the revs, and unlike a lot of 125s, you don’t always have to change down to get that lower end torque for safer overtakes. 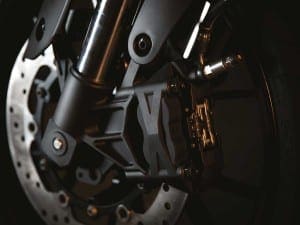 Both the MT and the 2014 YZF are developed from the 2008 YZF-R125, and feature the same engine, wheel rims, brakes and exhaust. However, sat astride the MT, it feels like a completely different machine to the new sportsbike: The handlebars are larger, and have been raised which gives a great feeling of control. The shorter tank of the MT provides a hip position that’s further forward – 42mm to be precise – and puts you right over the centre of the bike.

The suspension has been re-developed on both models, featuring a new link design, which allows for the carrying of a pillion without bottoming out. The amount of sag was noticeable on both machines – when you sat on them, they squatted down considerably, reduces the seat height and meaning even at 5’ 6” I could place my feet down with confidence.

When riding, the linked monoshock rear suspension and KYB USD forks absorbed the bumps and dealt with changes in road surface brilliantly. The wheels rims have been specially developed, and have a ‘Y’ shaped design running with a Michellin 100/80-17 front and a 130/70-17 rear tyre, which provided plenty of grip. 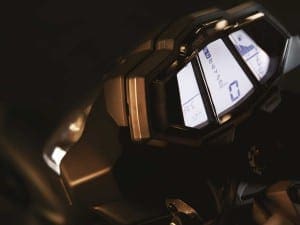 Whether you’ve just got your A1 licence, are looking for a weekend toy or are after an economical way to get to work, then the MT could be a good choice for you. It’s a friendly bike that inspires confidence so would suit beginners, but the character makes it a fun ride for experienced motorcyclists too.

It’s unmistakeably part of the MT gang with its front air intakes, distinctive headlight and aggressive styling. While the price is still to be announced, a Yamaha spokesperson said that it will be under £4000. There are a number of accessories available too including a 39 litre top case, crash protection, knuckle guards, fly screen, LED indicators, tank bag and not forgetting the sweet-sounding Akrapovic exhaust.

Colour options include ‘race blu’, matt grey and anodised red – all of which are striking, perfectly emphasising the angular lines. The bike will be hitting dealers in the middle of August. Keep an eye on MoreBikes.co.uk to find out news of the MT roadshow, where you can try one out as early as July. 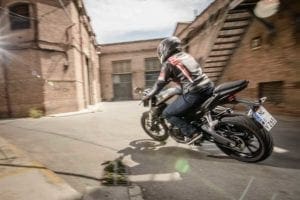 Riding in and out of town was great fun, and I was able to hold my ground easily on the bustling streets. Power delivery was smooth and braking prompt. The rear braking system is the same as the previous model – a single piston floating caliper – but the front brakes are new, featuring a floating 292mm disc with a radially-mounted four-pot caliper.

Looking down at the dash you can see all the vital information easily. Yamaha designers took inspiration from the simple layout of smart phones: Turned off the screens are black, but when you turn the key each of the three sections come to life. The centre screen shows rpm and speed, while the right hand side displays the fuel indicator, clock and odometer. The left consists of the engine temperature, maximum speed, average speed and fuel consumption data which can be switched using the button on the right hand switch gear.

The fuel indicator and other graphics use angular graphs rather than the standard bars, which make information easily absorbed when you glance down. The gear shift indicator is handy and lets you get the most from the 125cc engine by flashing when it reaches 10,000rpm. 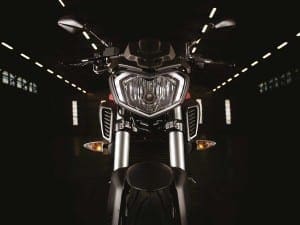 The upright riding position was comfortable, with the whole package making for a very nimble ride. Aggressive looks, sharp handling and a keen price combine with the superb fuel economy to make this is a truly brilliant piece of engineering. 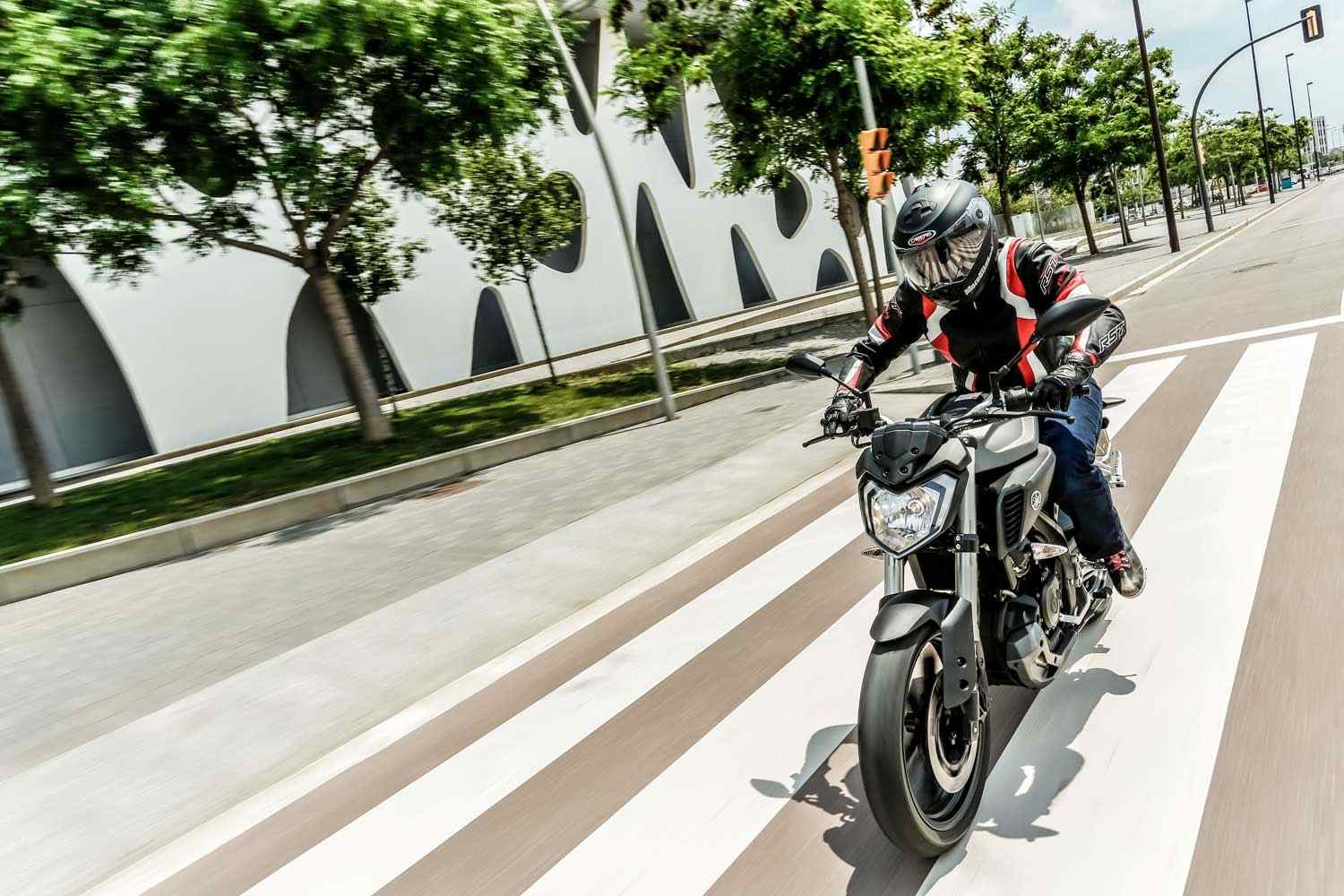