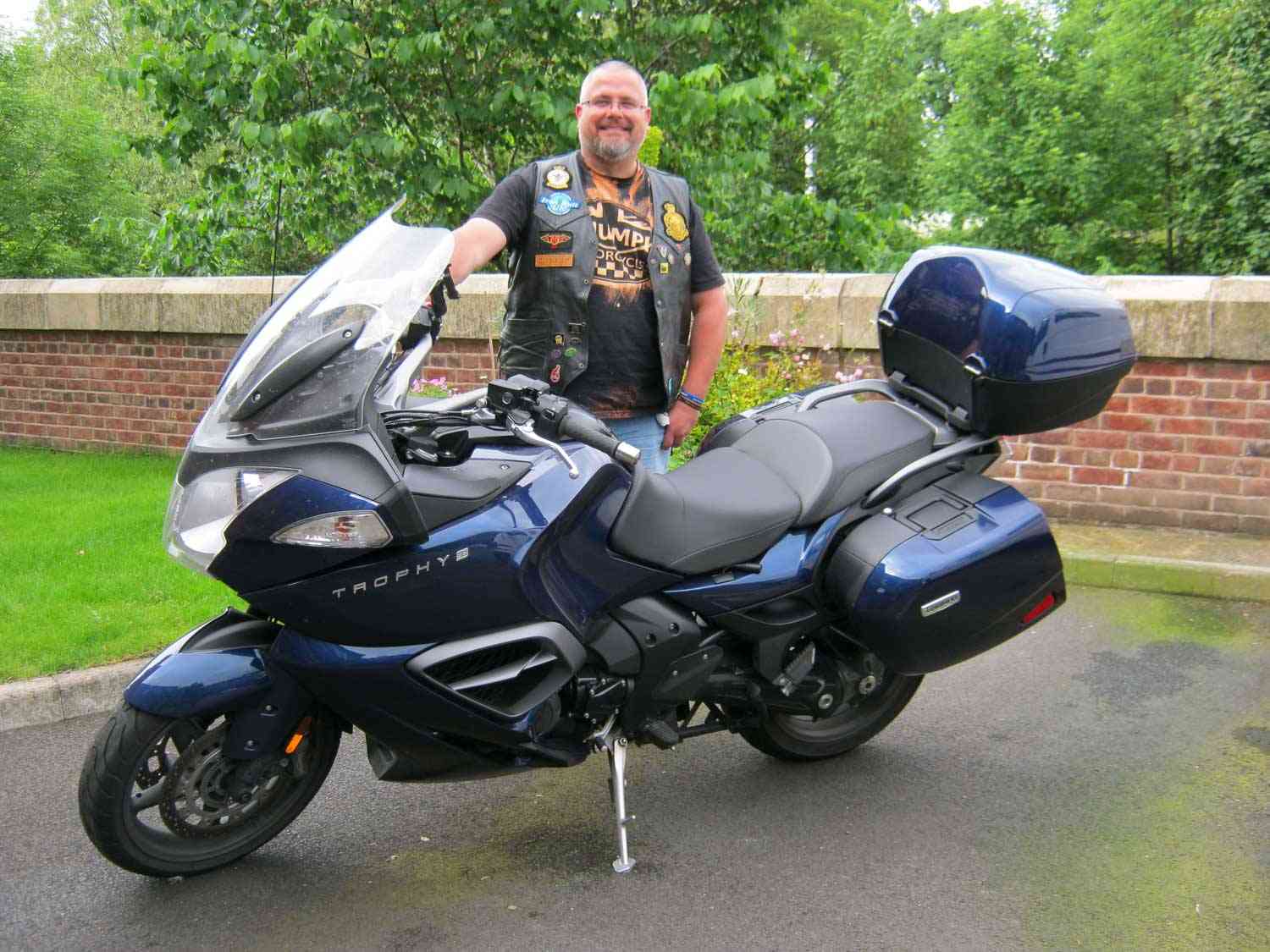 Meet Mark Anderson… The slightly insane biker attempting to be the first British Rider to complete a gruelling 5000 miles bike ride in 5 days. (Known as a Saddlesore 5000 if you have heard of the Iron Butt Uk. More info at www.ironbutt.com). The ride will be verified by the Iron Butt Association on completion of his ride.

His journey starts on July 5th in Carlisle taking him up to John o’Groats via Fort William where he will meet up with fellow Iron Butt riders. After a quick bite to eat he takes himself off to Land’s End via Clackett Lane Services to complete the End to End gold (as set by Iron Butt UK). A quick stop and he is off East to Dover to catch the tunnel to Calais. His journey will then take him to Dijon, Reims and the Millau Viaduct (spanning 2460m) From there Mark will ride to Cape St Vincent, Portugal, the most westerly point of Europe where he will meet with owner Wolfgang Bald, owner of Europe’s Last Bratwurst café. (www.algarvevida.com/vila_do_bispo/europes_final_sausage-stop) before making his way home via Bordeaux and Le Mans before catching the tunnel train to England. He will continue his ride home to Carlisle hopefully having completed approximately 5300 miles in under 120 hours. (Mark needs to average 42 miles an hour for 120 hours to achieve this.)

Who is this insane man? He is a retired forces veteran and member of The Royal British Legion Riders Branch. The ‘Riders’ is a National Branch of The RBL, where the goal is to raise both awareness and funds for the Poppy Appeal, utilising the passion for motorcycles.

Mark joined the army in 1988 and retired in 2001. He has been riding since 1997 and among some of his trusty steads were a Hardtail Custom Chopper, BMW GS Adventure, Triumph Rocket and now he rides a Triumph Trophy.

He is no stranger to riding long distances, one of his jobs was a motorbike courier based in Colchester,he rode to Tunisia and Libya just for the fun of it. Whilst living in Germany he toured around most of Europe on a bike. He has also completed a RBLR/Iron Butt 1000 mile bike ride.

Fundraising is in his blood, he recently took part in the Glasgow Kilt Walk raising in excess of £1300 with his team of colleagues. Whilst in the army he organised and took part in half marathons raising funds for various charities.

Marks trip is self-funded thus raising more money for the Poppy Appeal. Please support Mark and the British Legion, it’s not just about Poppy Day. We all know someone who has served in the forces and the Legion helps them and their families in many different ways.

Donations are welcome at www.justgiving.com/mark-moped-anderson