MiniGPUK: The UK’s fastest kids, and the future of racing 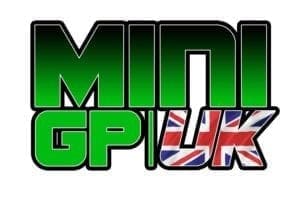 Over the past few years, top-level racing has seen a move away from two-stroke machines – traditionally the entry point for new racers. The four-stroke Moto 3 style bikes, now being used by the Red Bull Rookies, are today the natural feeder for a career in Moto GP. All over the World there are junior race classes established for Mini Grand Prix on four-stroke machines, with the exception of the UK. The Spanish are running away with all of the top MotoGP rides, so Chris Phipps from MiniGPUK is keen to ensure that the Brits aren’t left behind…

“The concept of MiniGPUK was thought up by a few of the Dads whose sons currently race in the British Championship on various bikes, with the emphasis being placed on affordable and competitive racing for 9-15 year-olds. Next season will see the kids race over eight weekends at the UK’s Premier outdoor Karting Circuits in Cumbria, Kent, Suffolk, Shropshire, South Wales and Northamptonshire, with the first round in April at Llandow near Cardiff. The weekends consist of a Friday free-practice (which usually costs around £35 and isn’t compulsory), with free-practice and qualifying taking place on the Saturday to determine the grid positions for the Races on Sunday. The cost of the Saturday and Sunday is £90, which includes transponder hire and trophies. 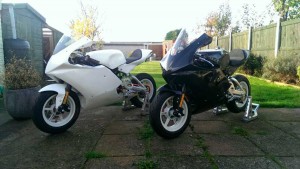 “We don’t make any profitout of this series, and wanted it to be as cheap as possible, to get more people involved. We’ve spent a great deal of time talking to numerous manufacturers about which bike to use, and also liaising with the equivalent championships in Spain, Greece, Italy & Holland. After a lot of research we finally decided to run the bike which has been raced in Spain for the last four years: an IMR fitted with a YX 140cc engine. These four-strokes have a four-speed box, and cost a racer just £1400.

“All too often in this sport we’ve seen the children whose parents have the most money, or are the best at engine tuning, rise to the top. We wanted to eliminate this and create an equal grid where the final finishing position is determined by the best rider during the race. Everyone is on the same bike, running the same engine and tyres. A true one-make and controlled class.

“We’re taking it to the next level in 2014, and trying to create a true World Superbike feel to each weekend, with video interviews of the kids conducted in front of our sponsor board, and a race weekend video uploaded to our website and YouTube Channel for each round. Trophies are awarded after the end of the final race, with podium caps and some big bottles of fizzy water to be sprayed! There’s also a ‘Rider of the Round’ trophy and T-Shirt being presented courtesy of MPH Clothing, so its not always the same kids being presented with prizes.” 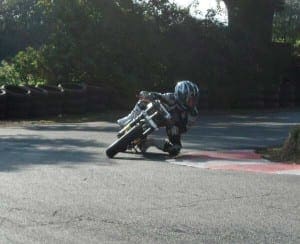 Chris and the team have already started running testing days at tracks, and are looking out for any professional riders who can help coach the kids, or organize visits to factory BSB teams: “Since we decided to set this up, we’ve been overwhelmed by the support we’ve been offered from companies, and also the amount of great feedback we’ve received about the idea. We’ve been offered help from Dunlop, who are going to supply us the tyres to run; MRCUK who have designed us a custom-made lightweight race fairing for the bike; A1 Grafix who are currently working on the championship livery so that every bike will look the same (albeit in different colour schemes to keep a degree of individuality) and a few other potential sponsors waiting in the wings.”

This looks set to be a really exciting series, and is a great opportunity to get kids into the sport with relatively little investment. You can visit the website at www.minigpuk.co.uk to keep up-to-date with all the latest news, and if anyone would like more information about how they can get involved in the sport, or are interested in becoming a series sponsor then please contact chris@minigpuk.co.uk. We’ll be heading over to some race meets shortly, so expect to see more of these kids in the paper soon. Until then, check out the video link to see 10-year-old Caleb Smith racing at Stretton in Leicester during 2013. 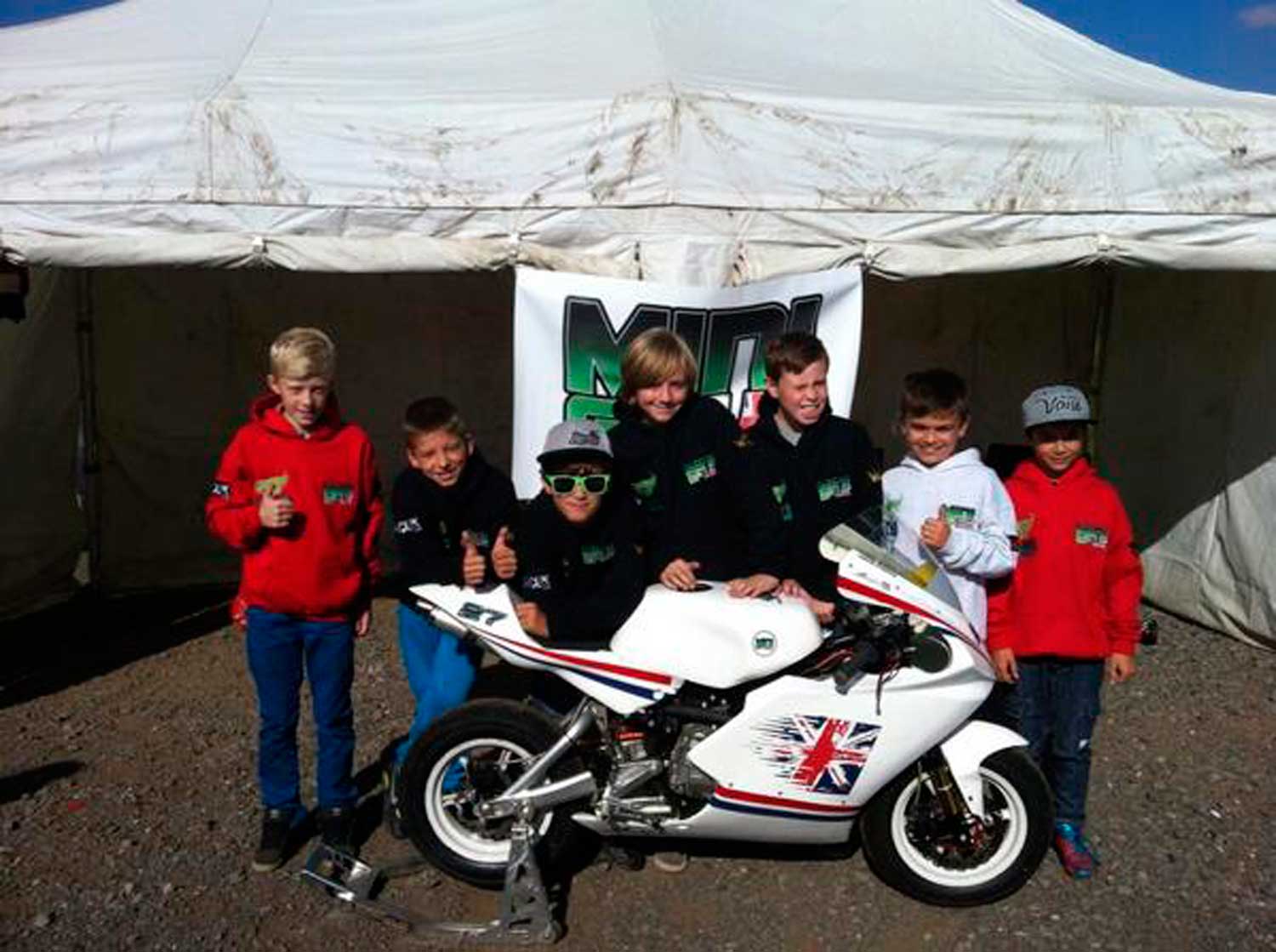