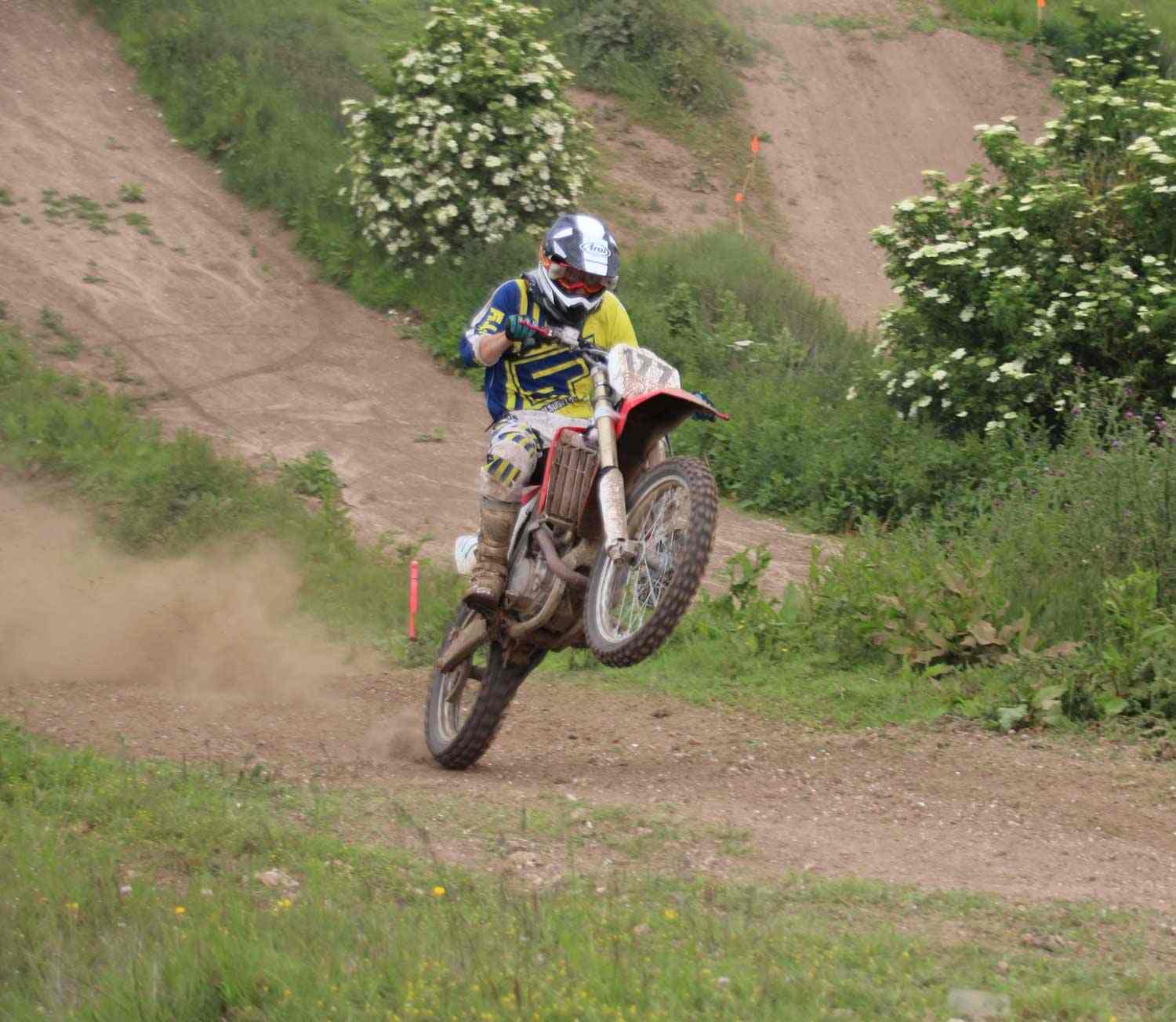 During a break in his enduro campaign, Broderick headed to Leicester to try and cut it at motocross.

I’ve had a good run of it lately. Not long back I went and raced motocross in Leicestershire. There was an A.M.C.A round at Wymeswold and I fancied a bit of a run around. The track was like a swamp at first, but it soon got sorted out after everyone had been out and done a few laps in practice. I came back in from mine running 6th fastest in the MX1 Expert class. I’d never seen the place before, so that seemed a decent enough result. And things only got better as the track began to dry. I bagged a third in race 1, before doing a repeat performance in the next outing.

I’m really bad at not changing my setup, but the hot sun had changed the track’s conditions massively since the morning. They say that the harder the surface, the softer you go with your setup, which is what I did for the third and final race of the day. Lining up on the grid, I was dreading the start. I’m crap at getting off the line, but I’m not scared of getting stuck in, so I took the fight to the first corner. It got a bit messy, but I came out of it in the top five, meaning I didn’t get held up by slower riders. The hunt was on to chase down the lead. Backing off the compression had worked a treat on my CRF and I felt mega confident chucking it around. Gradually I was pulling people in and by the last lap I was up with the leader. The track was really quite flowing, which suited me. I put a hard block pass on the guy in front and made it stick. Then I went like mad to try and get away – he wasn’t going to steal my dinner money. Brain out, I had a few sketchy moments, but I managed to break him and pull a few seconds come the time I crossed the line, taking the win. I was buzzing and so happy with my bike. I’m still pretty new to riding a 450cc and I don’t get to ride that much motocross, so I wasn’t expecting things to go quite so well. The pints were on me that night.