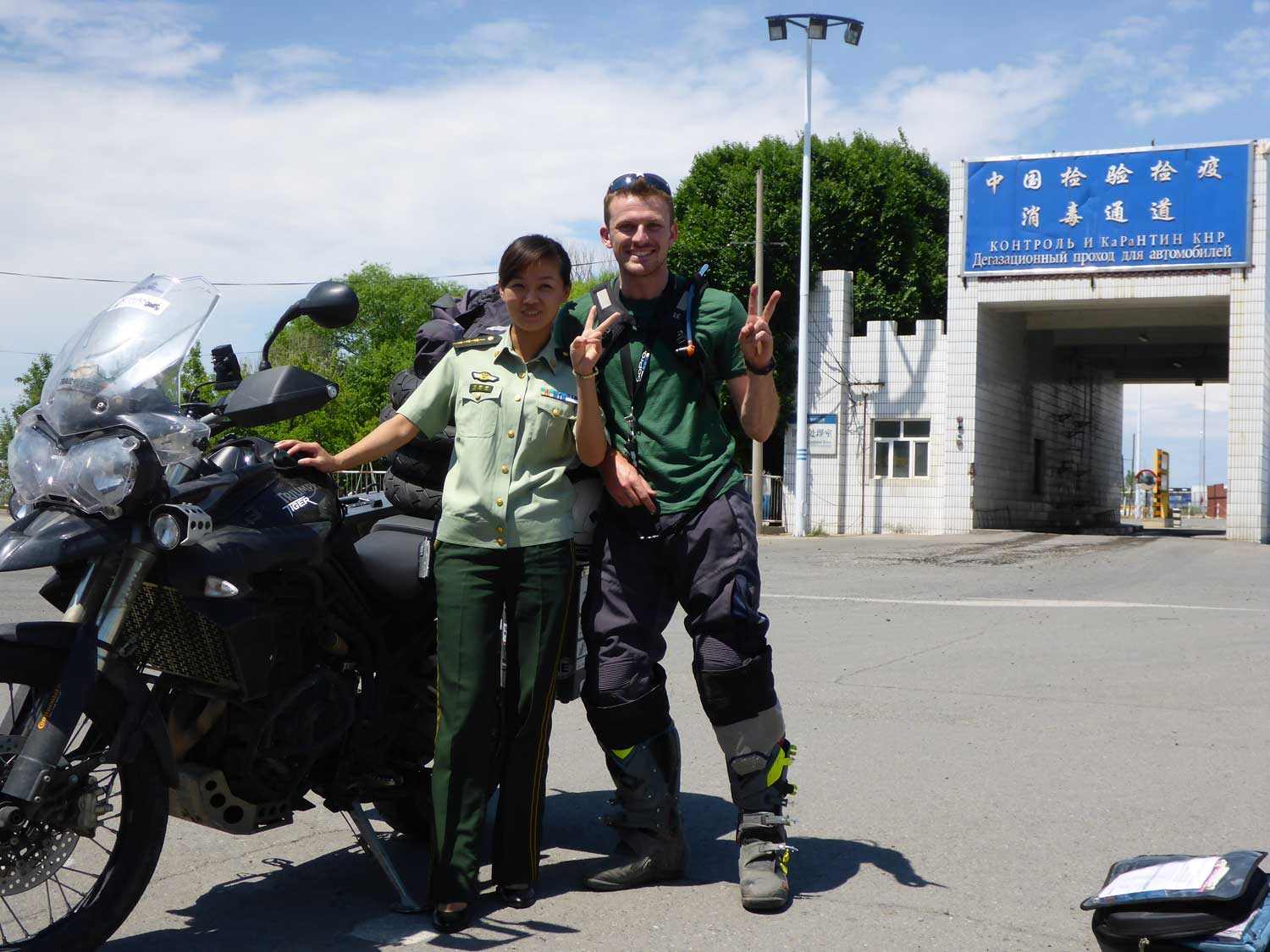 Six weeks after leaving the UK, Rhys Lawrey has entered China – the youngest person to ride a motorcycle into the country and the first person to do so on a Triumph. The 22-year old British motorcyclist has covered 7500 miles on ‘Tigger’, his Triumph Tiger 800 XC, and has travelled through 17 countries. However, he still has 42,500 miles and another 50 countries ahead of him in his attempt to become the youngest person to circumnavigate the globe by motorcycle.“The toughest part is coming to terms with being on the road for another10 months” says Rhys, speaking from the oasis city of Hami, on the Silk Road. “I’m trying to manage my finances, bike maintenance, energy levels and morale. That makes me think about the grand scale of this adventure and I start to miss my home and my mates.”On the flip side, Rhys has made new friends everywhere he has visited.“Wherever you go in Asia, people treat you like a superstar. Even pulling up in a gas station, people want to meet you and have their photo taken next to you. It makes you feel like you’re David Beckham!”The Chinese have been particularly excited by the British Triumph motorcycle; “They’ve seen the big BMW adventure bikes before – they call them ‘Bombers’ – but the Triumph is completely new to them and they’re fascinated by it.”“China is amazing – so different from how we imagine it in the western world. We had our best border crossing yet. Approaching from Kazakhstan, the Chinese border is highly militarised and we expected to be be stuck there for hours. Normally cameras are forbidden, but this really cute lady guard came over and demanded to have her picture taken with me.”This was a pattern that continued during the following days; “The police would stop me, ask to have their photo taken sitting on the bike, then give us water melon and cold drinks.”“China is well-developed, with brand new well-maintained roads and the people are beyond friendly. It’s such a relief after crossing the ‘stans, where the roads are basic and poorly maintained”.It isn’t all plain sailing. Rhys rode through Turpan province, which has a desert climate, where temperatures can rise to 48 degrees C.”Another welcome change is the food; “From Azerbaijan to Kazakhstan we’ve basically eaten meat on a stick. As soon as we got into China it was like a flavour explosion!”This wasn’t always a benefit.“We were served roast chicken in one cafe and it was the whole bird – head and all. When the eyeball popped in my mouth I decided I’d had enough!”Rhys will travel across China for two more weeks, celebrating his 23rd birthday in Chengdu, a city with a population of 14 million people. He is raising money for The Prince’s Trust, asking for a donation of just £1 for every continent he crosses (up to a maximum of six). You can follow his progress, view his video diaries and make a donation at www.2mororider.com.