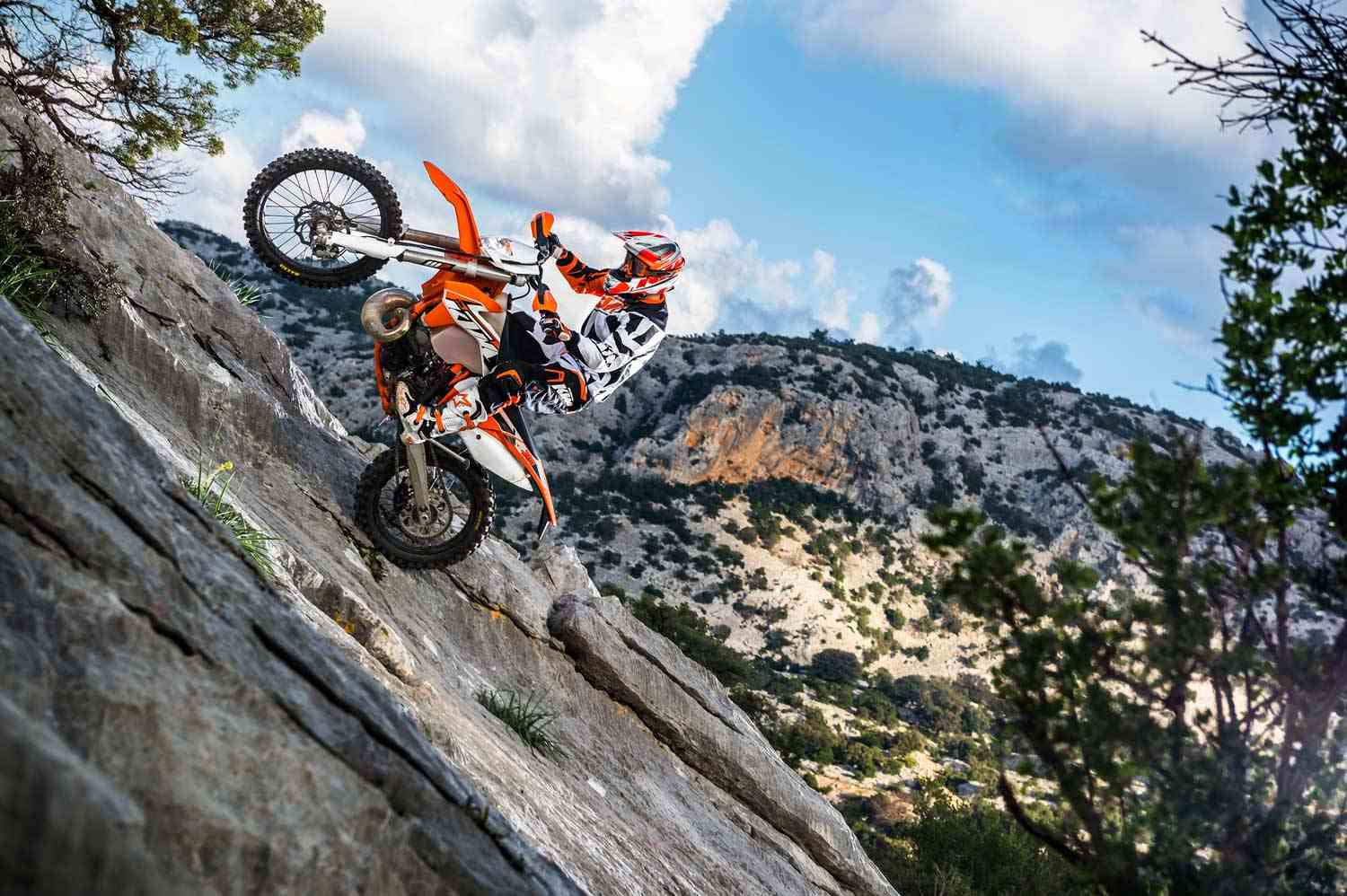 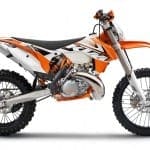 With continued refinements to the popular EXC machines, the KTM Enduro bikes are ready, the company says, to set the standard for offroad fun and serious competition.

Further dedication from the Austrian brand’s Research and Development department has seen the EXC range receive a variety of improvements and refinements for the latest version of each bike. Last year KTM’s EXC machines took the E1 and E3 Enduro World Championship title wins, the EnduroCross and SuperEnduro titles, a number of X-Games gold medals, the overall ISDE (International Six Days Enduro) win, along with numerous Extreme Enduro wins.

For 2015 the EXC receives a range of chassis developments including a new MAE digital speedometer, which offers more readily visible information to the rider, new black Neken handlebars with improved handguards, and softer dual-compound grips. There are also new black colored rims from Giant 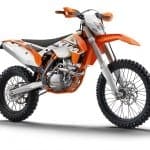 providing higher rigidity, that compliment the CNC machined hubs, as well as the factory look being completed with a striking orange frame, usually only seen on race team machines, and an exciting new graphic design.

The range itself includes four-stroke machines in the 250 EXC-F, 350 EXC-F,450 EXC, 500 EXC, along with the two-stroke machines 125 EXC, 200 EXC,250 EXC and 300 EXC, some of which have received detailed engine improvements. In addition to this, the limited edition Argentinian Six Days machines come fitted with a host of upgrades and specialist PowerParts for ultimate performance. 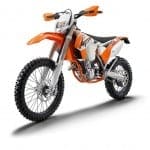 This year’s launch for the EXC range is taking place this week in Sibiu, Romania, which quite aptly is the location that will soon see the Extreme Enduro experts battle it out for the Red Bull Romaniacs win. In a few weeks’ time this Hard Enduro track will invite the world’s best racers to fight it out across some of the most difficult terrain, and KTM’s factory racer Jonny Walker, who rides the KTM 300 EXC, will be looking to add a Romaniacs victory to the Erzbergrodeo win he took just a few weeks ago.