Inside BSB with GBmoto: Three down, ten to go! 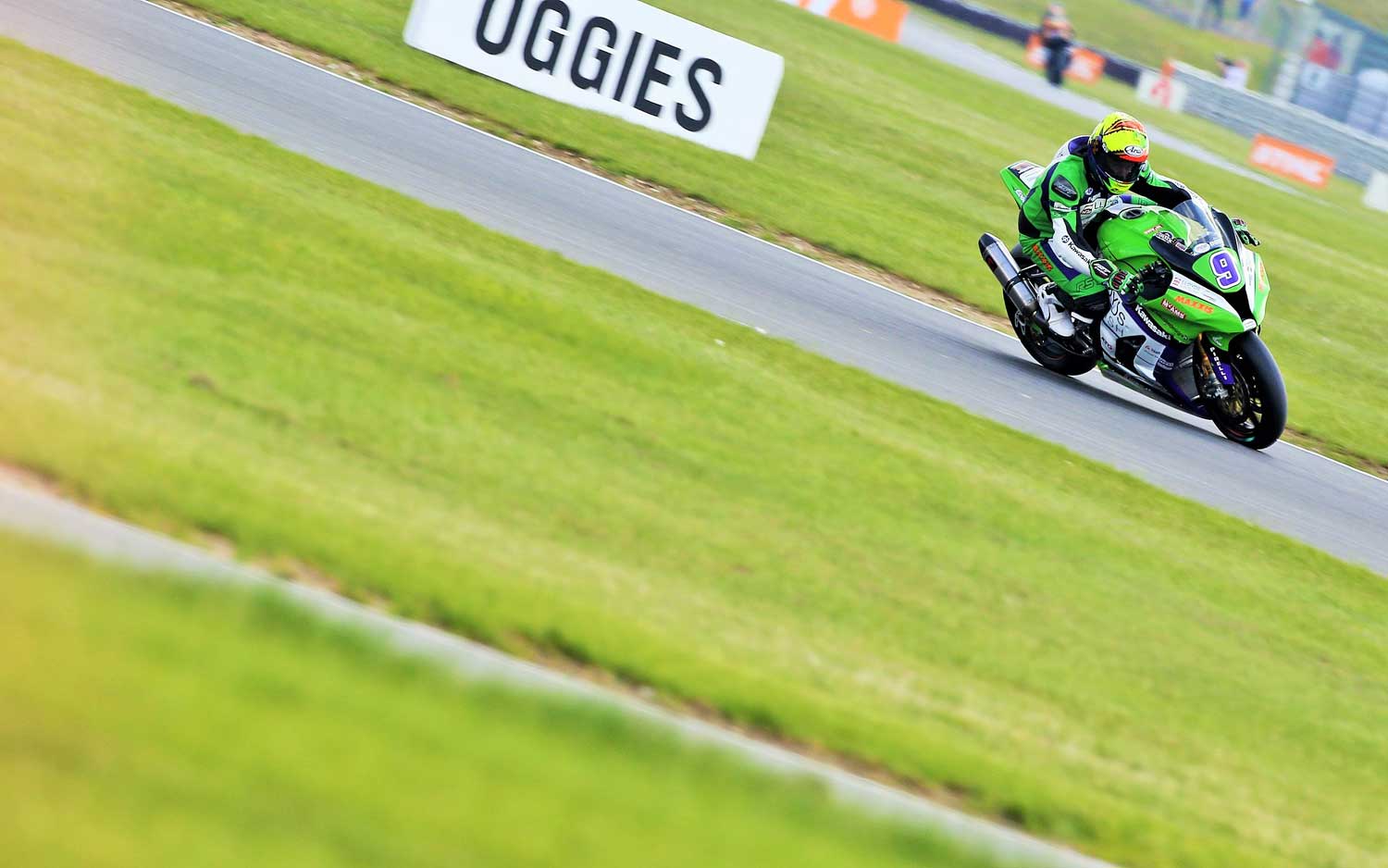 “We’re now three rounds down and a quarter of the way through the season…and what a year it’s been so far!

“When we started the Kawasaki journey at the end of last season I was quietly confident that by the end of this year, race fans would place GBmoto alongside the other top teams such as PBM, Milwaukee and Tyco. The last article I wrote for MoreBikes came just after we had completed our pre-season testing and we had shown a good pace, so I knew then that with the way the team was working and the calibre of riders we had it wouldn’t be too long before we were challenging for podiums.

“Testing is one thing, but racing is completely different so when we rocked up at Brands Hatch Indy for the opening round I think we took everyone by surprise when both Chris and James scored rostrum finishes! It was a dream start for the team and was the perfect way to thank all our sponsors and partners for the faith they had placed in GBmoto during the winter.

“Moving onto the second round at Oulton Park we knew that it would be more of a challenge, particularly for James who was still carrying a pretty painful injury over from a crash in qualifying at Brands. Things started off well, but during Free Practice three on Sunday Chris had a small crash into the chicane that nine times out of ten would be easily repairable. Unfortunately (and rather spectacularly) the bike pirouetted over the grass, spilling fuel as it did so before landing back on track and igniting into a massive fireball! This, along with a crash in the opening race really put Chris on the back foot but full credit to James who was able to battle through the pain barrier to claim another two brilliant third place podiums.

“After Oulton we had a lengthy six week break which let everyone recuperate a bit. James was able to get himself fully fit again and Chris went for another gruelling day with the team’s Personal Trainer Richard Griffin. The break also allowed the guys back at the workshop to make some upgrades to the ZX-10R Superbike ahead of the ultra fast Snetterton ‘300’ circuit.

“Snetterton was a bit of a mixed weekend for the team. They had a fantastic time on James’ side as he secured another fine third place in the opening race before finally breaking his duck in race two to take second – something I know he was particularly pleased about! He also moved second in the Championship, with six consecutive podiums and we know consistency is what it takes to win titles.

“It wasn’t such a good time for the other side of the garage though. Chris was flying throughout practice and Q1 but an engine problem in Q2 meant he couldn’t set a lap time and had to start way down on row seven in 20th. He enjoyed a classic ‘Stalker’ start in the opening race to run eighth by the end of it, battling up to sixth by the line but unfortunately another problem while he was running sixth in race two meant he had to stop. There can be no excuses from the team for this, we and our partners let Chris down at Snetterton and I’m not happy. GBmoto are a team that plans for and expects the best reliability and consistency so we will turn our focus to Chris to make sure it doesn’t happen again. 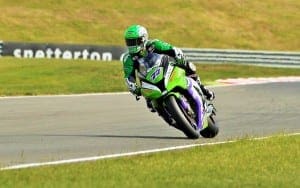 “It’s definitely been one of the best starts to a season I’ve ever had, to have six podiums from six races with a brand new motorcycle is a credit to how hard everyone at GBmoto has worked. I’ve known Mark for a while and I know how professional an outfit he runs but naturally when you join a new team with a brand new machine there’s always some nerves. However testing went fantastically and we spent a long time setting the machine up ready for Brands Hatch.

“The first round was a dream start for everyone and to walk away with two podiums was mega. I had a bit of a heavy crash in qualifying which gave me some trouble, particularly as we headed to Oulton but we were able to keep chipping away and walked away with two more third places. During the break I went to America to recuperate and train in the better weather!

“I’ll admit after getting another third place in race one at Snetterton I was beginning to feel a little sick of the bottom step so to get second in race two and move into second in the Championship was a big relief. The bikes getting better each time out and I’m sure it won’t be long until we take the top step!”

“The Kawasaki ZX-10R we’re racing this year is a much higher spec than what I’ve had for the past few seasons so during testing we were working quite a bit on setting up the bike. The whole team has shown me a lot of faith and this is the best chance I’ve had in years so I’ve really stepped up my game training too.

“Brands Hatch was an epic weekend, I went into it thinking if we could grab a fifth place then we would have had a perfect start – so to walk away with a podium was incredible. Unfortunately we’ve had a tough couple of rounds since then, the fireball at Oulton looked spectacular and certainly got the team some media interest but we’re here to win races so it was tough.

“Snetterton was equally as tough, we had two mechanical failures in qualifying and race two which meant we could never really get going. It’s not the team’s fault, it’s just bad luck and I know that Mark is doing everything to ensure this doesn’t happen again – we’re still in a Showdown position though and I know we’ll bounce back at Knockhill!” 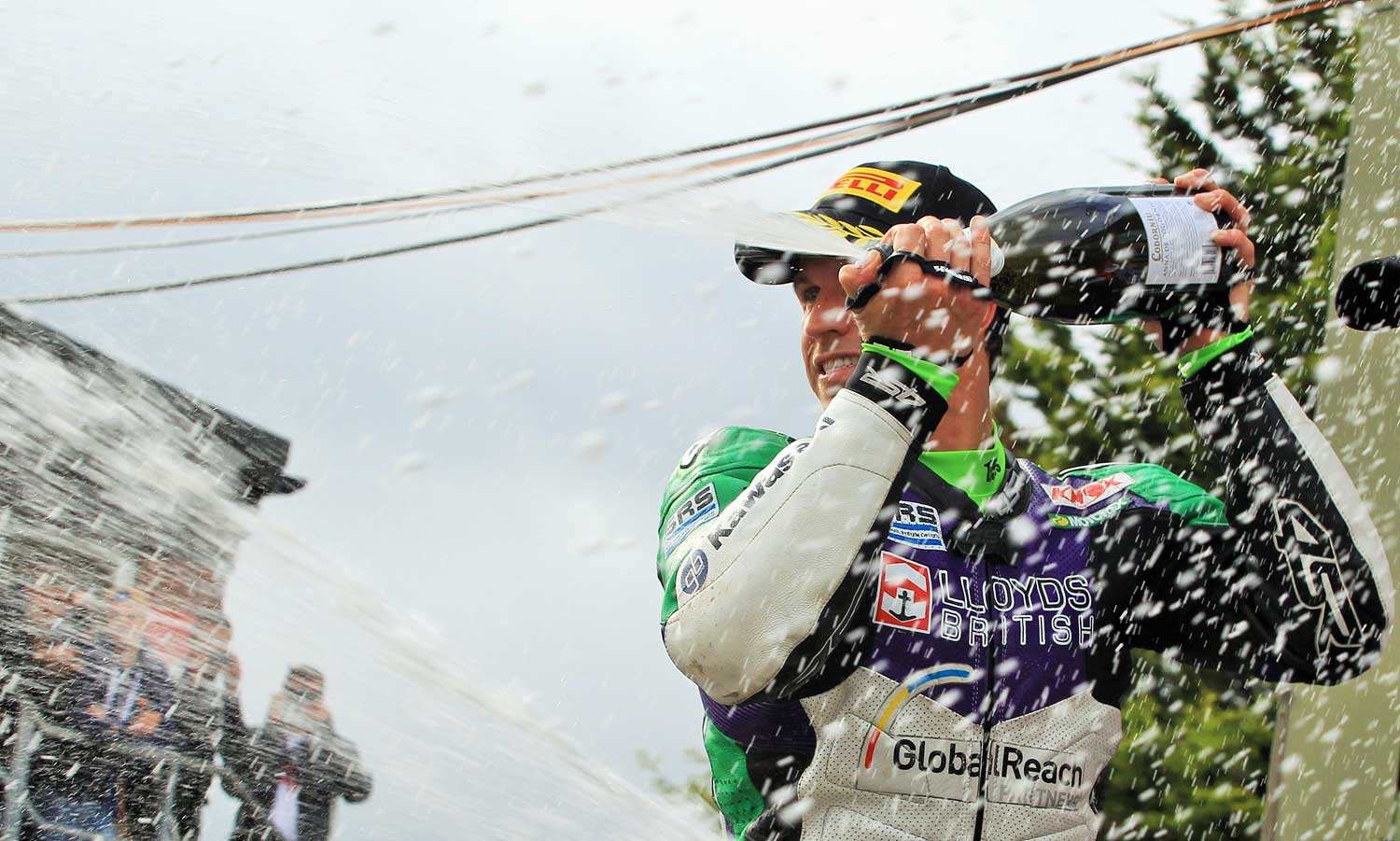