Win a Suzuki: Could YOU be worker of the year? 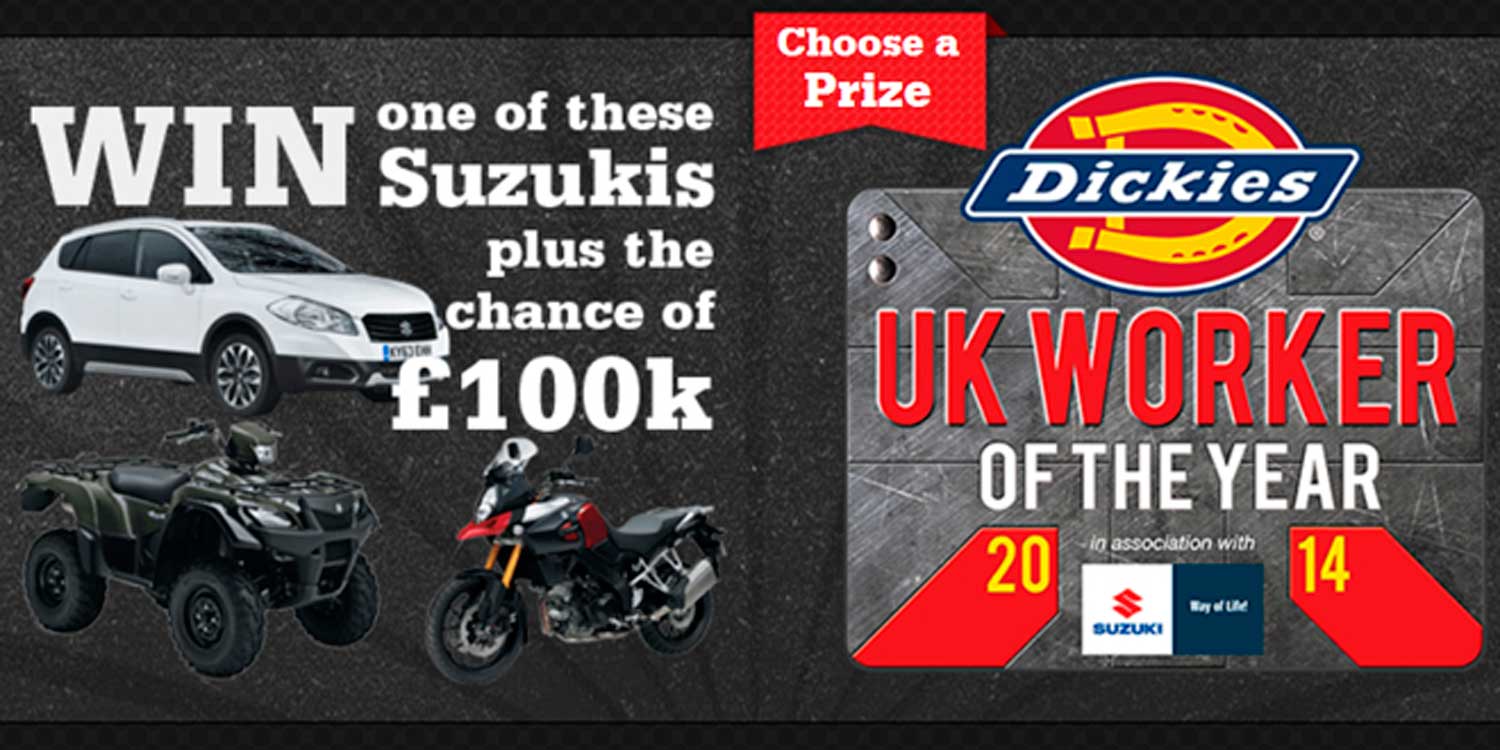 Dickies, in collaboration with Suzuki, have set out to find 2014’s UK Worker of the Year – and they’re starting at the British Superbike.

Dickies, leaders in workwear, have started their annual search to find Britain’s top workers and ultimately the 2014 UK Worker of the Year, and where better to find it than at the British Superbike Championship. 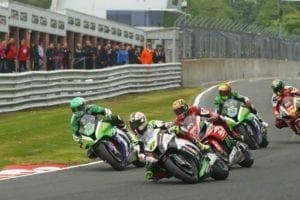 UK Worker of the Year searches for workers who exemplify what doing a good job is all about. This year’s competition will be promoted around the country, including the British Superbike Championship at Knockhill in Fife on 27th June.

The winner will have the choice to take home a Suzuki S-Cross car, a Suzuki V-Strom 1000 motorcycle or a Suzuki ATV Quad, and will also have the opportunity to win a cash prize this time round.

Wayne Dye, Suzuki GB general manager, said: “Suzuki GB PLC has decided to co-sponsor UK Worker of the Year for a second year because of the ethos of the UK WOTY competition. Honouring those that go the extra mile in the workplace complements our beliefs.”

The WOTY victor will be announced at the final round of the British Superbike meeting at Brands Hatch on 18th October and will get the chance to predict the outcome of a race on the final day. If they guess correctly, they will win an extra £100,000. Runners up in the competition will also be receiving thousands of pounds in holiday vouchers. 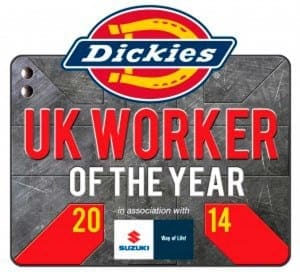 In 2013, Judi James, a farmer from Littlebreddy in Dorchester was crowned the fourth UK Worker of the Year at the awards evening at the Madejski Stadium in Reading, wowing the audience at last year’s gala event with her passion for farming.

“This competition has changed my life and the car will help me so much with my work. I would urge anyone who hears about the competition to have a go at entering or to nominate someone as an entrant. It costs nothing except a few minutes of time and those few minutes could prove to be incredibly worthwhile,” said Judi.

Quentin Willson, TV presenter and motoring champion, added: “Worker of the Year is now a major UK workplace award and I’m really proud to have been a supporter and judge from the very beginning.”