Ago, McGuinness, Mooneyes and more at Mallory Park Giacomo Agostini heads the list of sporting icons lined up to take part in this weekend’s Bike Bonanza at Mallory Park. The multi-times World Champion and Isle of Man TT hero will take to the Leicestershire circuit aboard an MV Agusta. And he will be joined by modern day heroes among them John McGuinness and Michael Dunlop along with the three times British Superbike Champion Ryuichi Kiyonari.

Sporting personalities are just one element of this “everything about bikes bonanza” with the chance to see some classic bikes, among them a selection of British machines from the Brooklands museum, plus the opportunity to talk bikes with numerous clubs taking part in the Club Central area while traders and an autojumble, starting on Friday, will provide the opportunity to find spares and goodies. 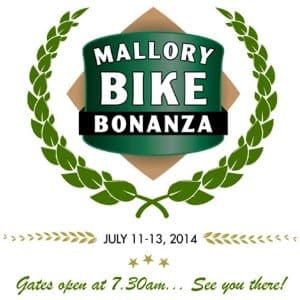 Plus there is action. The Owd Codgers are organising a sporting classic trial while there is a taste of endurance racing, and with it a Le Mans style start, by riders from S&D Amada MCC aboard Honda C90s, plus a Straightliners Sprint Demo. And there are various parade lap sessions on both days with bikes on track, ranging from road to racing machines, with special parades on Sunday including Agostini and local hero John Cooper as they re-enact their famous Race of the Year scrap of some four decades earlier, won by the man from Derby.

Agostini will be riding an MV3, Cooper will be on a Rocket 3, Michael Dunlop rides a Rotary Norton, Kiyonari will be on a Roberts GP Yamaha, Lee Jackson will now ride Rossi’s Moto GP Ducati, Alex George is on Mick Grants Norton Commando, Colin Seeley will ride a brand new Rennsport – Fritz Scheidegger replica sidecar with his passenger Peter Crew, and he will also ride a 1950 BSA 650cc A10 Golden Flash when he takes 100 year old Ivy Mosely for her passenger ride on Sunday afternoon!

Adding to the fun weekend and making it go with a swing, the organisers have sourced local talent to deliver live entertainment on both Friday and Saturday evenings,from 6.30p.m.. Sally Barker and her band are on stage on Friday evening, covering some rock classics from the likes of AC/DC. Then Rock & Roll band the Del Sharrons on Saturday.   The RAF Reserves entertainment marquee will be open from 6:30pm on Friday serving specially brewed Bonanza Beer and other wines beers and spirits.

Friday centres on the Traders and Autojumble with some forty stalls while in Club Central there is the chance to meet and talk bikes with a couple of dozen clubs ranging from one make owners to riding groups and vintage interests. Saturday bring track parades and demonstrations plus the Sporting Classic Trial while Sunday has the sporting personalities on track in their special parade laps.

To ensure that everyone attending can move around more comfortably than in previous years, a new gate and crossing point will be opened to allow access from the outer trackside area to the paddock, thus avoiding any congestion on the bridge across the start-finish straight.