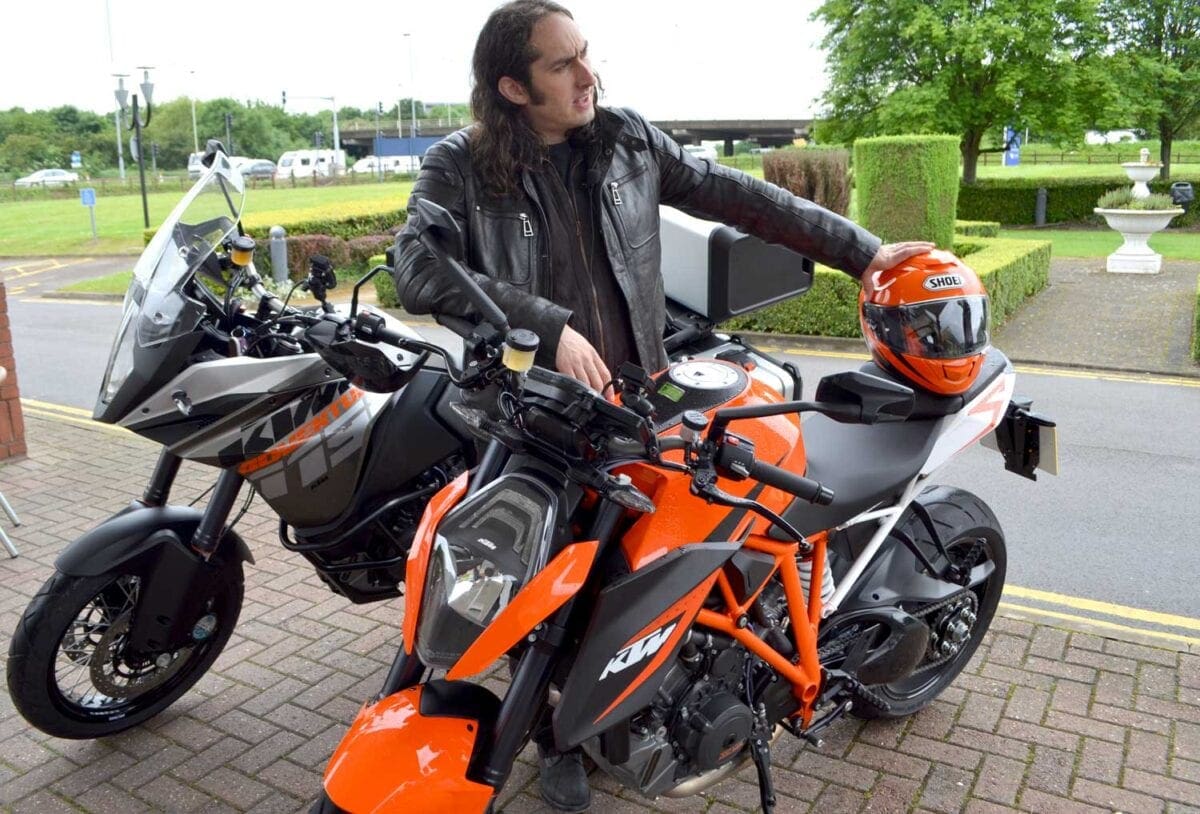 The off-the-wall travel show sees the top comic touring the United Kingdom at the mercy of the tweets he gets from his 500,000+ followers on Twitter. The first series was shown on Dave earlier this year and saw Ross in a multitude of bizarre situations that made for compelling viewing and proved to be incredibly popular. 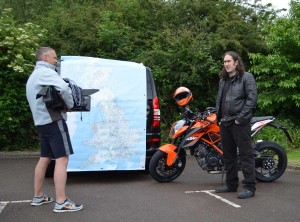 Having completed the first series riding a touring bike, Ross was looking for something quite different and very overstated to continue the theme as an alternative travel show. Seeing the 180hp 1290 Super Duke R at Motorcycle Live in 2013 soon made the decision for Ross, who already has a soft spot for the Austrian brand as he competes in Enduro events on his own KTM 350 EXC-F.

Despite packing more torque than the previous model at only 2500rpm and boasting a power-to-weight ratio of almost 1:1, the 1,301cc Super Duke is incredibly easy to ride thanks to a very sophisticated electronics package with multiple riding modes, altering the power delivery characteristics, traction control levels and ABS settings to suit the riders’ mood. But for those with an attitude to match the bike, these rider aids can also be turned off.

With a UK price of £13,999 on the road available in either Orange or Black and backed-up with a huge array of KTM PowerParts to personalise the performance or styling, the Super Duke R is available now at KTM Street dealers.

Commenting on his new series, scheduled to be aired this coming winter, Ross Noble said: “What is Freewheeling? Well, people tweet me and I will travel to anywhere in the country to make the show – the more bizarre tweets the better. Last series I used more of a touring bike but this time I am using the 1290 Super Duke R, so we should be able to get everything done in half the time. 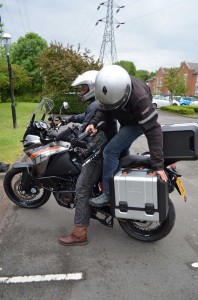 Cameraman prepares for a day in the 1190 Adventure saddle

“We’ve already done a couple of thousand miles already and I am very impressed with the Super Duke R. We’ve done some pretty long days in the saddle and it is just so comfortable. Wasn’t expecting that. And of course, it is incredibly fast. In a way it feels a bit like an off-road bike, so I’m right at home.”

To speed up the eight-week filming process, and to back up the 1290, the film crew is also using a KTM 1190 Adventure with a cameraman as pillion. Like it had done with the 950 and 990s before, the 1190 once again redefines the Adventure Travel motorcycle segment and is currently available with a free ‘Travel Pack’ worth £1500.

Arguably the safest bike on the market, for 2014 the 150hp 1190 Adventure and 1190 Adventure R (both £13,799 on the road) became the world’s first motorcycles to offer an ABS that stays fully functional even while cornering. This becomes possible through its MSC (Motorcycle Stability Control) system, developed in close cooperation with Bosch; controlling the antilock brake and traction control systems while taking real-time dive and yaw angles into account, thereby enabling optimum braking and acceleration while leaned over, to the fullest extent that physical limits allow.

Ross Noble will be touring in September and October, visit www.rossnoble.co.uk for dates and venues.