The other side to Steve McQueen 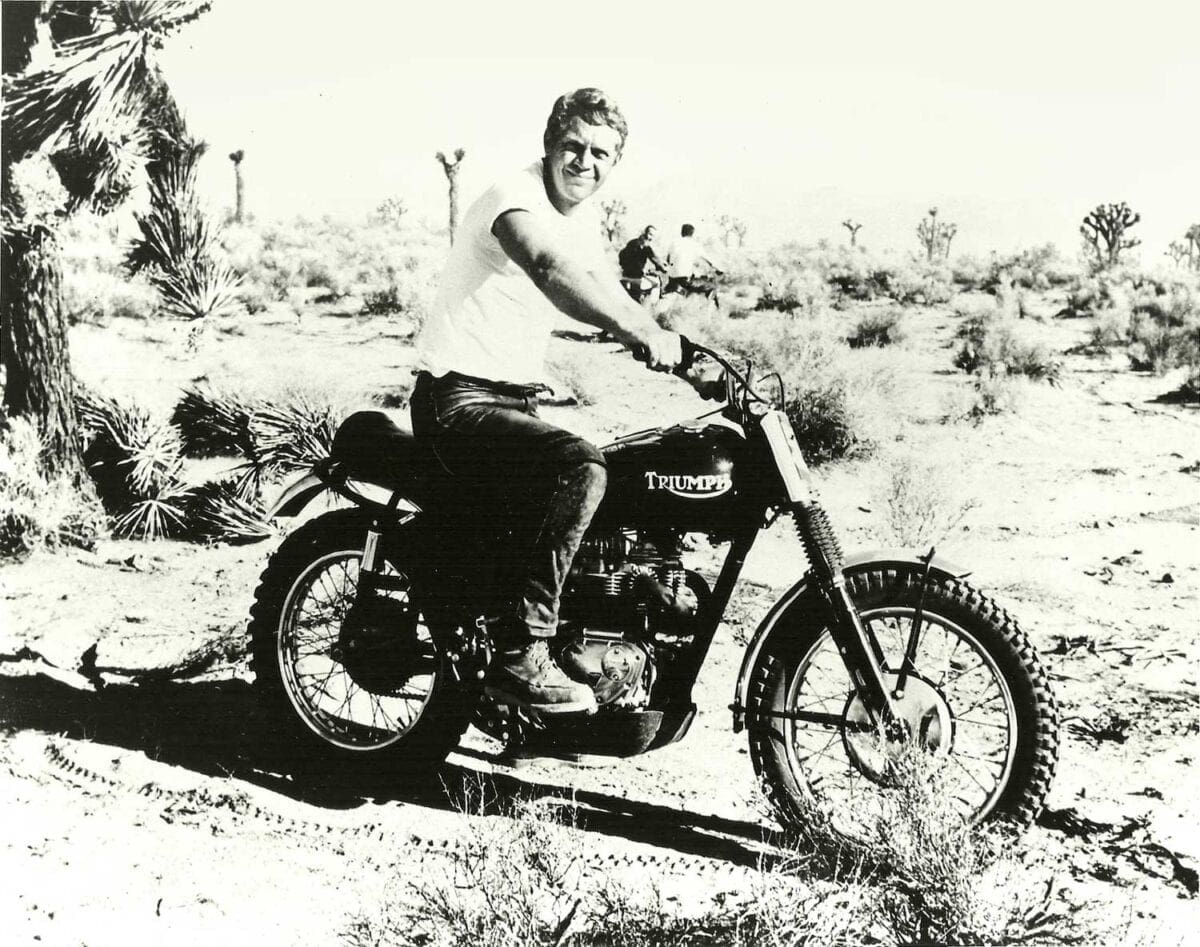 US Biking champion Mert Lawwill reveals how the Hollywood star saved his hand and career. Extract taken from the new book ‘Steve McQueen: The Cooler King’, by Richard Sydenham.

Hollywood star and motorcycle racer Steve McQueen was a lot of things, and much of what is said about him years after his death is true. He was complex, paranoid, rebellious…he did cheat on his wives, he did take drugs and he was a self-confessed male chauvinist.

But those are the negative aspects to McQueen that people like to debate as much now as when he was alive – his bad boy antics are almost mythical. But he could also be generous, loyal, compassionate and truly genuine. Of course, it’s not as interesting for the tabloids to debate these sides to the famous renegade who was Steve McQueen.

New book Steve McQueen: The Cooler King deals with all sides to the actor and has no agenda other than to tell the story of the rugged movie star who famously rode his Triumph Trophy 650cc in The Great Escape, making him a global superstar at the same time.

Another movie that McQueen was involved in, as executive producer and cameo star, was the lesser-known offbeat motorcycling documentary On Any Sunday, released in 1971. It was made by Bruce Brown, the same man who gave us surfing flick The Endless Summer.

While making On Any Sunday, McQueen was one of the most easy-going producers and stars that Brown has ever worked with. And on that production he befriended Mert Lawwill, though they bonded more after the movie…

…Although Steve would have been well aware of Lawwill’s talents given that he was a multiple champion, they did not strike up a friendship until they came together on this movie. It was not until after filming On Any Sunday, though, that Lawwill really saw Steve’s true value as a friend. Says Lawwill, “A couple of years after the film I had a very bad racing accident in upstate Washington when I hit a rider that had fallen, and smashed my hand into my bike while my body was still going through the air, exposing the bone. I went to hospital and the doctor said, ‘Well, it’s smashed so bad there’s nothing we can really do, so in the morning I will fuse you from the knuckle to the elbow, so think about how you want your hand shaped because that’s the way it’s going to be for the rest of your life.’

“I wanted a second opinion though the doctor insisted anyone else would tell me the same thing and that I was wasting my time. By the time I left Washington State and got to San Francisco, Steve McQueen had heard about my accident and he called me up and said his doctor was doing a seminar in town and that I should go see him with the x-rays. Steve set that up, so I went to see him and he held the x-rays against the light and told me I had big problems but recommended another surgeon in LA who was better at this than he was. I called Steve after and told him the latest and explained I had just got over a fall at Daytona at 150 and had not made much money, so I was just going to stick with my local doctor and hope for the best with the amputation. 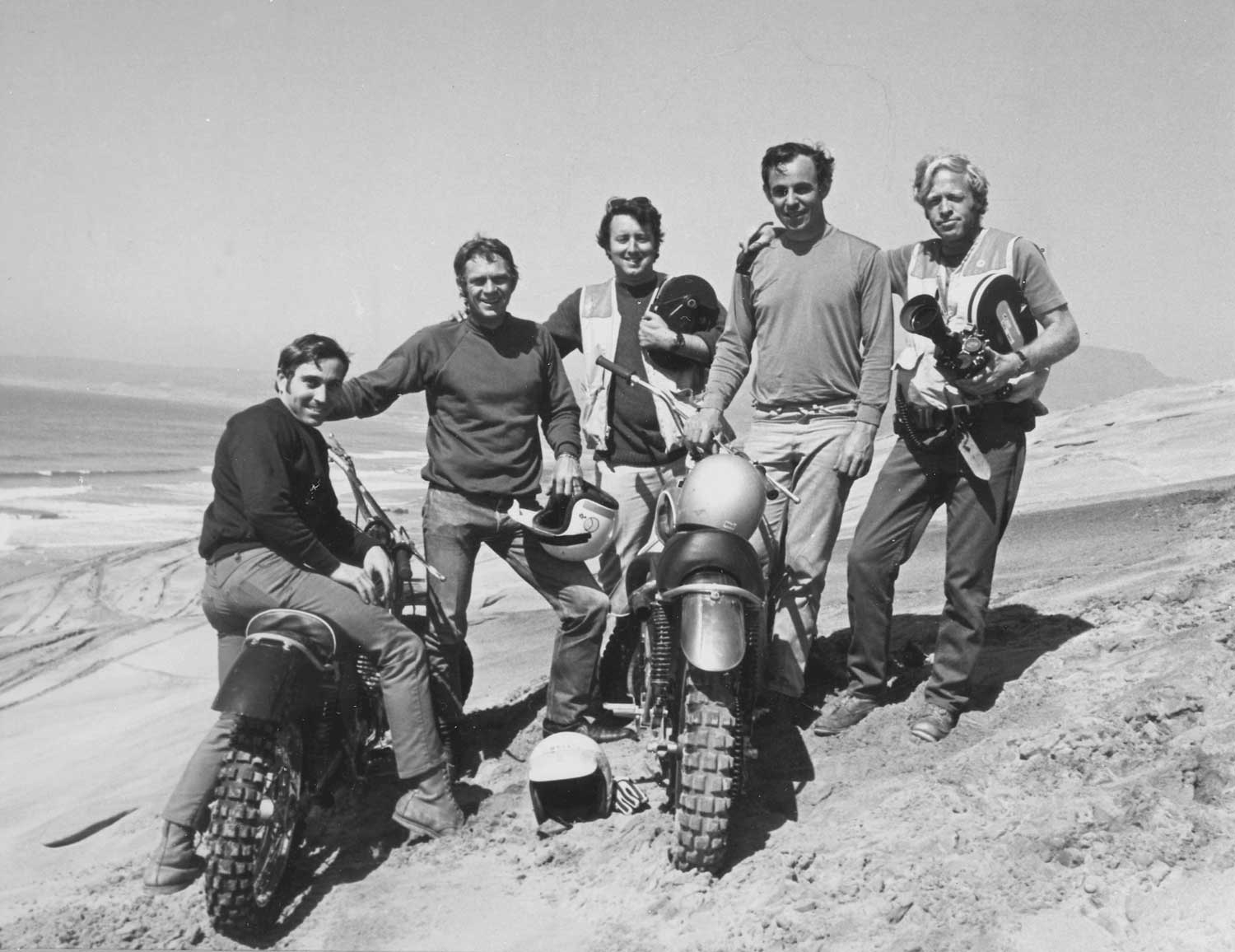 “Steve was adamant and said, ‘No.’ He wouldn’t hear of it. He bought me a ticket so that I could fly down there to LA; he had a driver pick me up from the airport to take me to this hand specialist. Next morning he started the operations and the surgery went on for many hours. The surgeon basically carved out a new hand, saying this pile of pieces is going to be this bone and that pile of pieces is going to be that bone. It was such a complicated procedure that it was used in a medical journal afterwards – and Steve set all that up. In total I had five operations and I never received a single bill, ever. Steve paid for everything, and he even let me stay at his house in Brentwood while I was rehabilitating. We became very good friends. I have heard the stories about Steve being tight but in my case he was totally the opposite. I kept thinking, ‘When am I going to get my bill?’ But later I found out that Steve had paid for them all. The costs would have run into tens of thousands. The surgery was a total success and Steve saved me another six years of my racing career and enabled me to stay involved with racing afterwards.”

It was Lawwill’s good fortune that he and Steve hit it off so well during On Any Sunday; without that connection the former biking champion concedes he would have been significantly disabled for the last 40 years. “My good fortune was all down to On Any Sunday because without that Steve and I would never have met.

“When he invited me to stay at his house in Brentwood, while I was doing my rehab, it was an amazing experience. I got to know his wife Neile and they would fix me breakfast every morning and I was just so well looked after. The house was awesome. It had little guest quarters attached to it and that’s where I stayed.” By this time, Steve was ensconced in the sex and drugs revolution, when he would make full use of his movie star attraction to the many female admirers he met anywhere he went. Subsequently by this juncture, Steve and Neile’s marriage was on its last legs.

Lawwill detected some frostiness at the McQueen household during his visits and thought they were playing happy families somewhat. “I think they put on a happy face for my sake but I could hear them arguing about stuff a lot,” he commented. “I think Steve was quite sensitive to many things; but in my case he was just a great guy. He even called me just to wish me Merry Christmas sometime after we finished filming On Any Sunday.”

Steve was famously tight-fisted with his money throughout his life, often failing to have so much as a dime in his pocket when it came to pay a restaurant bill. But, as Lawwill discovered and as befitted the unpredictable Steve McQueen, Bob Bagley also viewed him as an exceptionally generous, warm-hearted man. Bagley was the production manager and cinematographer on Brown’s motorcycling picture. “He could never drive past a kid hitch-hiking without picking them up,” Bagley recounted. “That was just his nature. He spent time in reform school and he never forgot how tough it was to be a kid. Occasionally, we would be driving along and would stop off for a meal-to-go. Bruce and myself would buy a burger and Steve would buy three or four. Bruce asked him one day, ‘Steve, how come you buy so many burgers, you can only eat one?’ And Steve reasoned that he remembered what it was like to be poor and he’d rather have too many than not enough. But the sub-reason to that would be seen when we got back on the road. If he saw two kids sitting around on the sidewalk, he would give them those extra two hamburgers. That was the kind guy he was.” 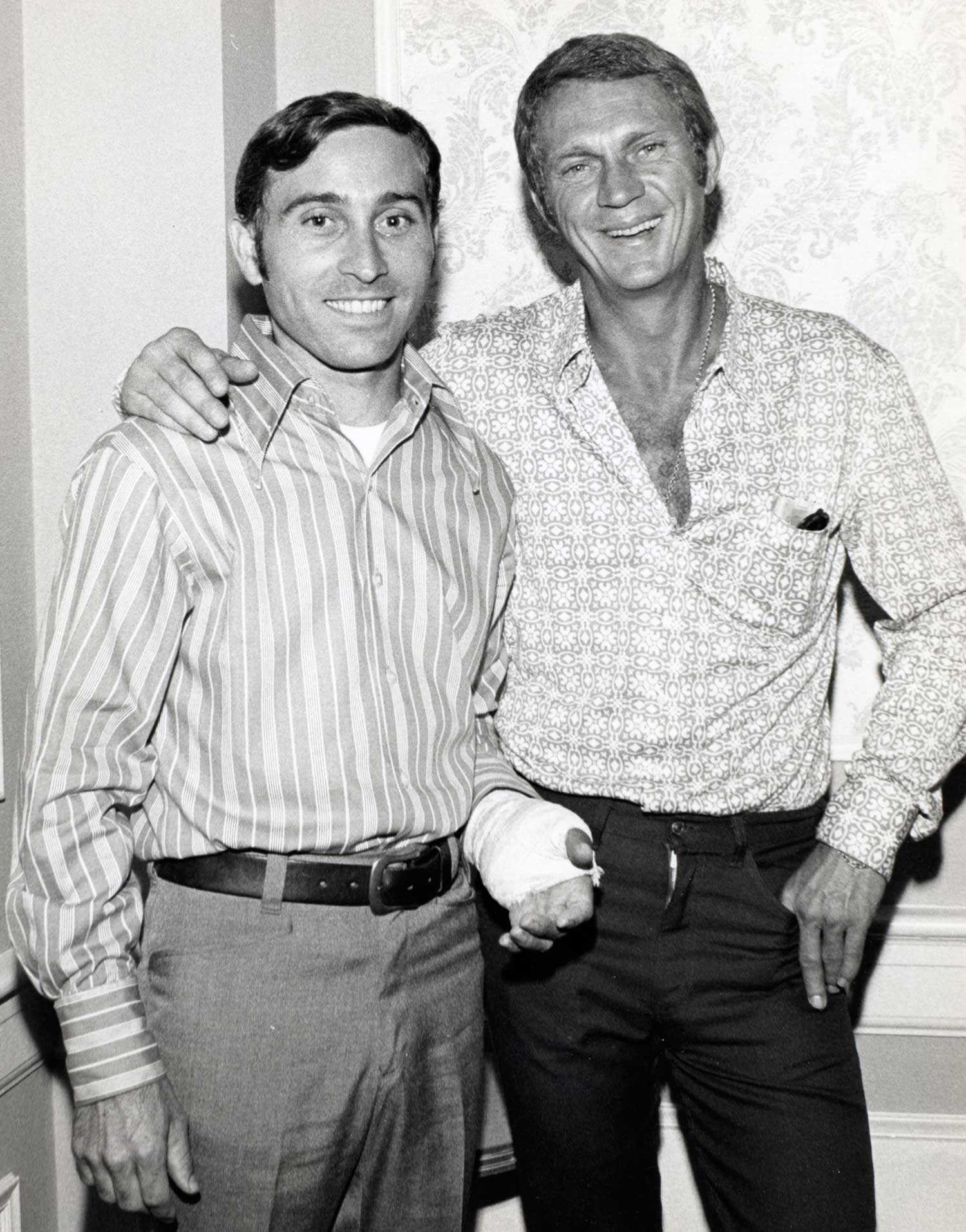