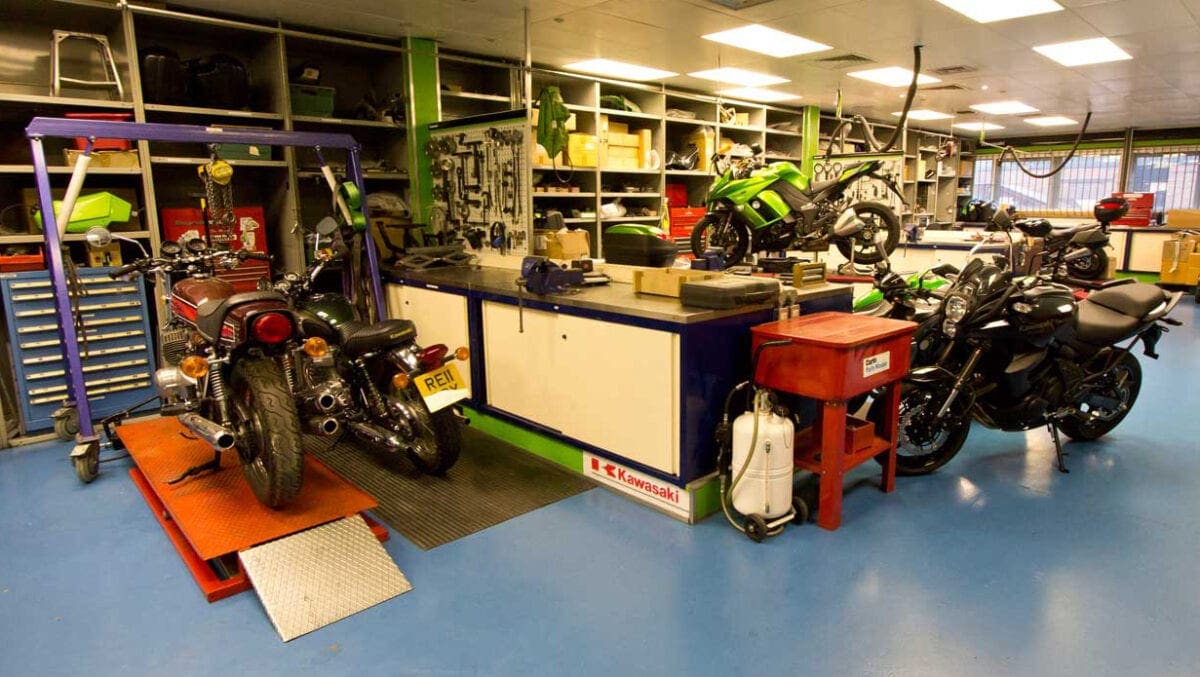 Highlights this month: Poking my nose into Kawasaki UK’s workshop

Lowlights this month: Sitting at the side of the road for two hours

Garage envy, new luggage and a recovery truck. It’s been an eventful month with the green sports-tourer.

The bike had to go back to Kawasaki UK for its first service, but it’d typically cost around £100 including VAT, oil and filter. Basically, it’s a chance to check over the bike. That’s it now until 3800 miles, which should be even simpler, as the oil won’t be due another change until 7600 miles (though that’ll be a big one, as the plugs will want replacing then). For many riders, the yearly oil change will come around before the mileage, and if you tend to lay the bike up in the winter, then the best time to get this done is just before you put it away. 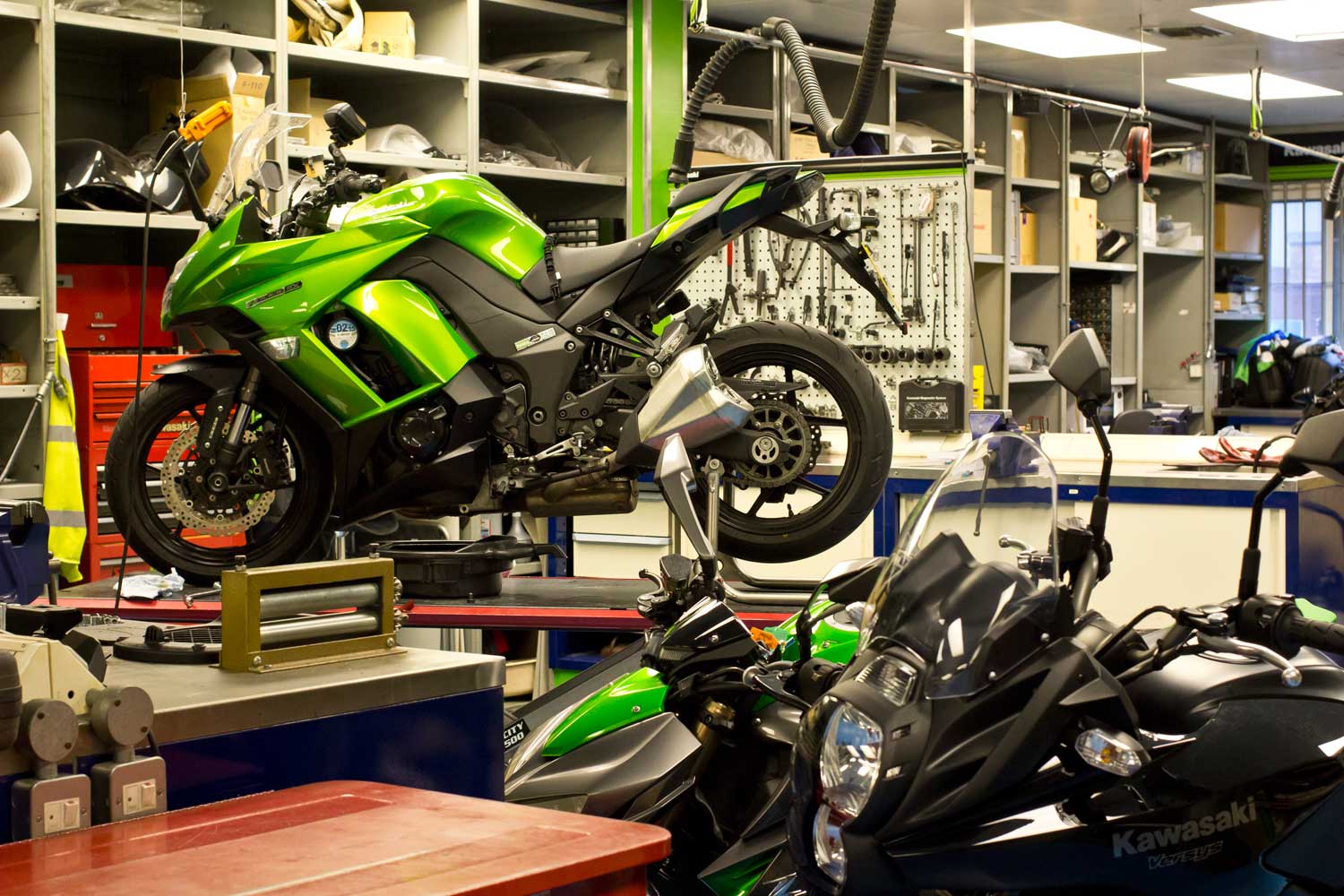 As a commuter, tourer and plaything, the Z1000SX is great. There’s a bit of a buzz through the seat at around 8000 rpm, though it just makes the bike feel more alive, and I’ve never found it intrusive over long journeys. The only comfort niggle I’ve got is that after about 50 miles by bum starts to ache a little. To be fair, it’s the only part of me that seems to be bony, but I’m hoping to try a gel seat soon, to see if that helps.

I mentioned last month that the panniers that came with the bike (a £461.95 option) looked great, and offered a useful 56L of storage, but just didn’t work for me – a full-face lid will fit in each one, but neither of the two laptops I need for work. Lugging a heavy rucksack on the 100 mile commute was too much, so I swapped to the 47L top case. I’d have hoped to add it, and only add the panniers on bigger adventures, but the rear grab rails that support the panniers have to be completely replaced. It’s all or nothing I’m afraid.

This is an important point – chose your luggage carefully when buying the bike, as I’m in the lucky position of being able to simply hand the panniers back. If I’d changed my mind after buying it from a dealer, I’d be trying to sell them on eBay. It depends what you use the bike for: The panniers look much more stylish than the top box, but for me at least, they’re not as practical. I was also counting my blessings on the ride back from Kawasaki’s head office in Buckinghamshire – the M25 was at a standstill, and I got through much faster without the panniers, which are slightly wider than the bike’s mirrors… a worrying dimension when filtering through the pot-holed London Orbital.

Whilst waiting for the work to be done, I did have a little nose around the workshop. Designed by former Kawasaki factory team boss, and inventor of the ‘Team Green’ motocross schools – Alec Wright, it’s normally off limits to journalists, often being home to the latest engines before they’re announced: training beds for the country’s mechanics. With stainless steel benches, racks of cool parts, and acres of tools, I was in my element. It puts my single garage to shame… 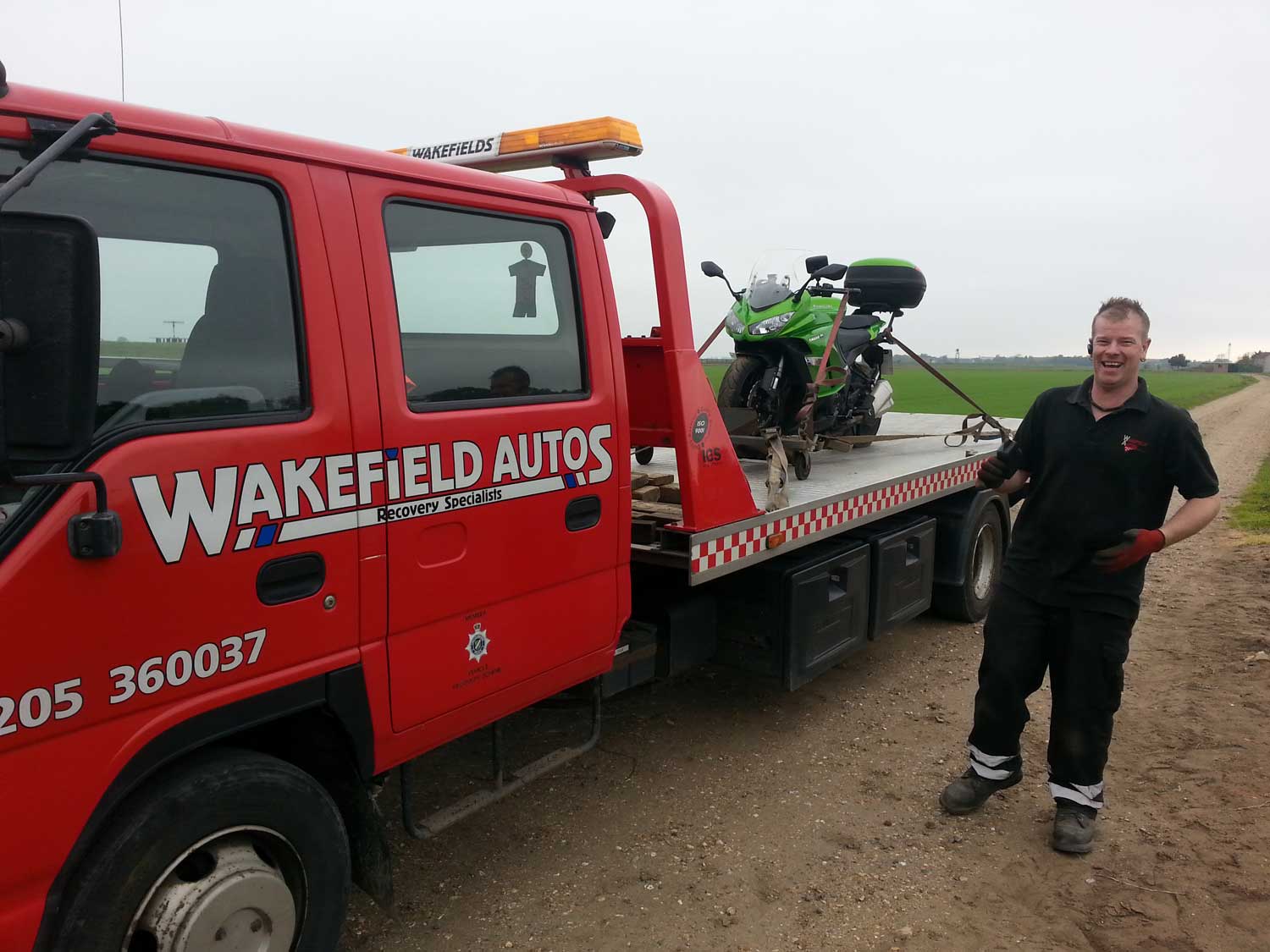 Riding home from work a couple of days after all this, I heard a ‘pop’ as I turned a corner. I waited a few seconds, and the bike felt fine, so I assumed it was just a stone flicking up. Bad call. 30 seconds later I was overtaking a lorry and two cars when the bike started dragging itself down the Tarmacs’ camber. With an irate driver right behind me, all I could do was roll to a stop, and hope they had the common sense to go past me. I’ve never had such a catastrophic flat whilst riding before, and it’s not something I fancy trying again. Two hours at the roadside, another hour on the truck, but now with one new Bridgestone back on the bike I’m ready for some more fun… 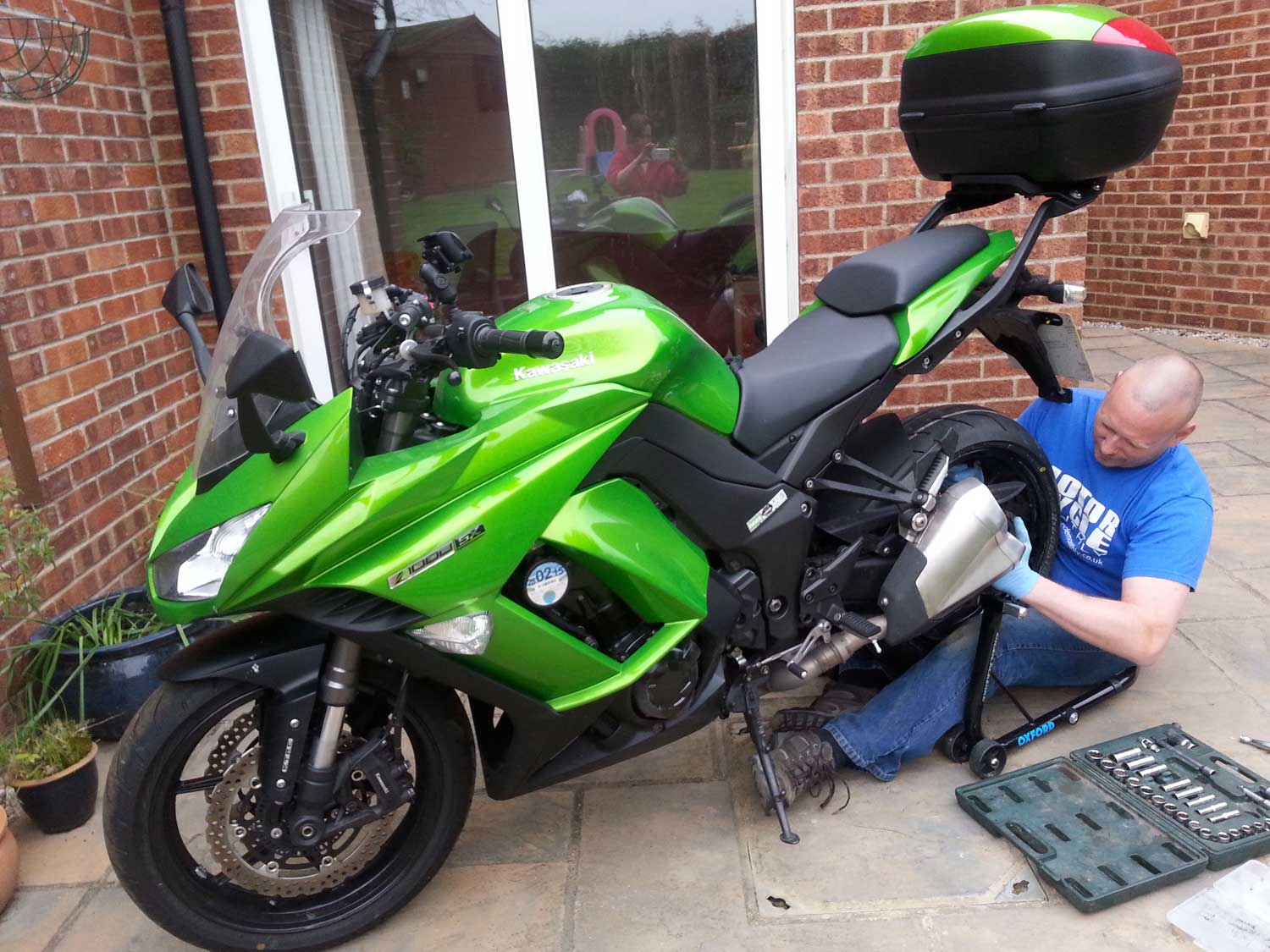 The new wheel goes back in