Phil Armes returning to the Classic TT to “Finish the job” 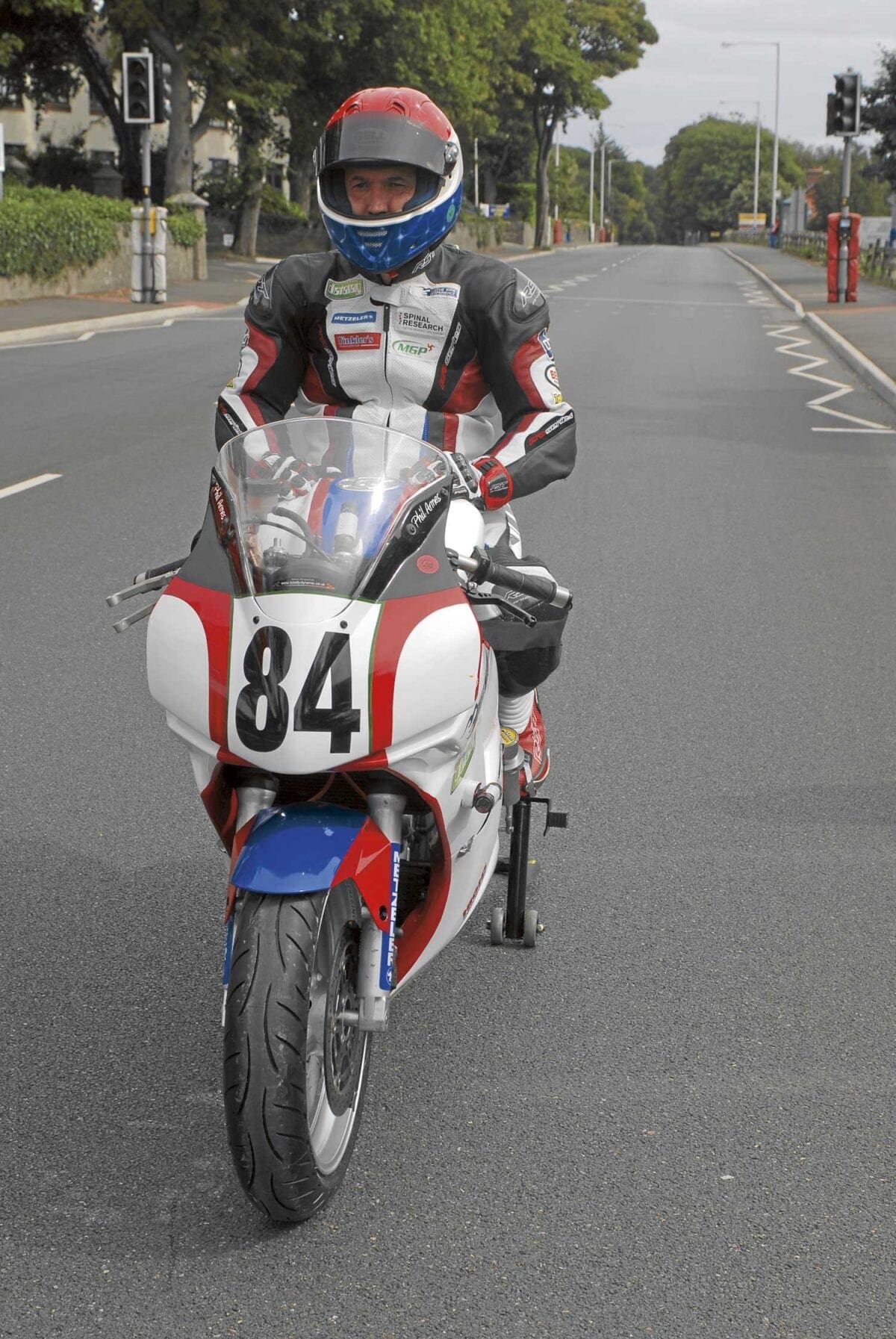 Former racer Phil Armes looked to defy the odds last year at the Manx Grand Prix when he swapped his wheelchair for an SV650 Suzuki and donned a set a leathers for the first time since breaking his back at the Ulster Grand Prix in 1995. After patient tuition from the team at ‘The Bike Experience’ charity, at Silverstone, and further practice at Snetterton, Phil attempted to be the first paraplegic to ride a solo around the TT course when he participated in the 90th anniversary past winners parade lap.

Unfortunately it didn’t all go to plan and a technical issue resulted in him tumbling off at Ramsey Hairpin. Undaunted he is determined to return this year to ride in the Classic TT parade lap on August 25th, and “finish the job.” He will be riding a Triumph Daytona that has been supplied by MotorLings of Lowestoft, prepared by Shawn Taylor Racing, and sponsored by Maxxis Tyres.

After picking up the bike from MotorLings director Paul Barkshire, Phil said,

“I can’t thank MotorLings enough. To supply a new Triumph Daytona is above and beyond. It feels a bit like coming home, as I rode a CBR600 Honda for Lings Honda in the Isle of Man TT races in 1987 and 1988, although on that occasion I broke the lap record, but I don’t think we’ll be repeating that level of speed this time!”

Paul Barkshire was delighted that they could be involved and commented, “We at MotorLings are really proud to be able to support Phil in his quest to conquer the Isle of Man, it is without doubt a incredible challenge and we wish Phil every success in completion of this daring feat, he has a determined can do attitude and my whole team are routing for him.”

Drawing from the overwhelming public and media response to his efforts last year Phil has set himself a full 12 month programme of activities which takes in several other high profile events. The culmination of which will see an emotional return to Northern Ireland in August 2015 for a lap of the Ulster Grand Prix course on the 20th anniversary of the accident that changed his life. Alongside the riding schedule Phil will also be visiting some of the spinal injury rehabilitation units around the UK to talk to patients and staff, and raise money for two charities, Spinal Research and The Bike Experience.