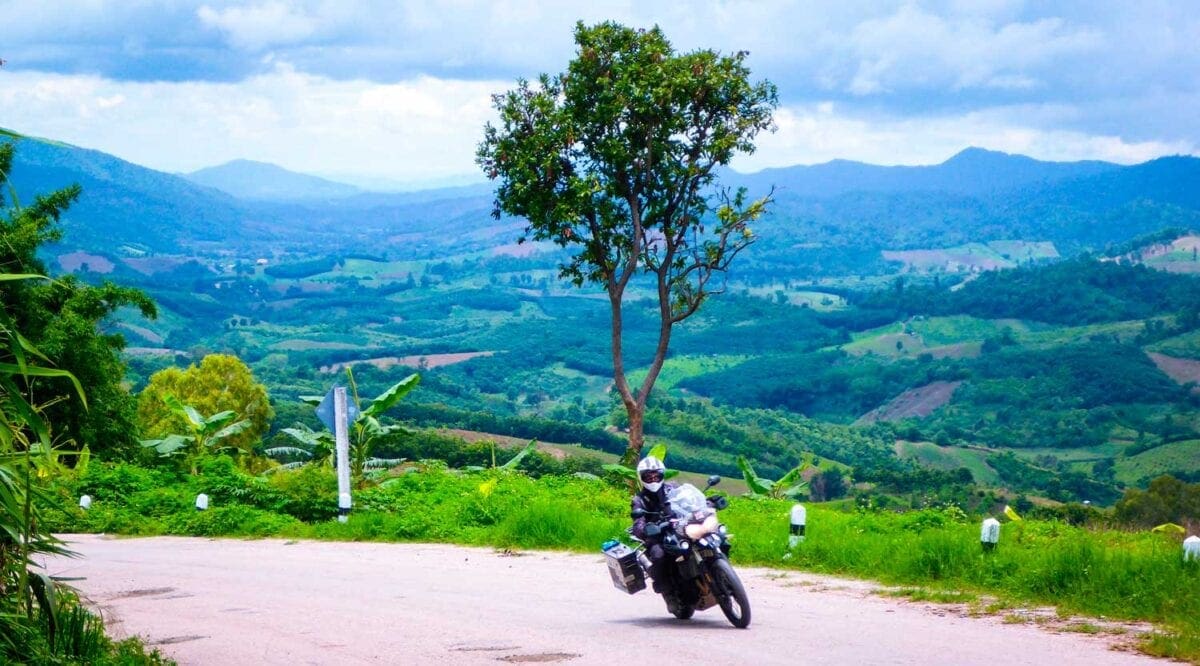 Three months after leaving the Triumph factory in Hinckley, young British adventure motorcyclist Rhys Lawrey has arrived in Bangkok, having ridden across Asia, from Turkey to Thailand, on his Triumph Tiger 800 XC. With another 37,000 miles ahead, the 23-year old is still only a quarter of the way towards his goal of riding into the record books as the youngest person to circumnavigate the globe by motorcycle. 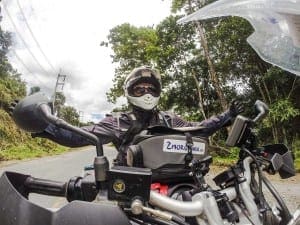 “The Triumph Tiger 800XC has made it all the way through some of the worst conditions – wet, cold, heat, mud, rivers, broken tarmac, road works, low octane fuel, the list continues” says Rhys.

Rhys rode the Silk Road, from Istanbul in Turkey to Xi’an in Northwest China, before heading into South East Asia via Laos; “The biggest impact is going from China, where you find 10 million people living in a typical city, to Laos, where the population of the entire country is less than 7 million! There’s less traffic and it’s much calmer as you ride through mountains and past paddy fields.”

His journey included a night’s stay in the notorious opium-growing Golden Triangle that nestles between Laos, Burma and Thailand, which, in spite of its reputation, is peaceful and safe for tourists. Then it was into Thailand, and new challenges.

“On my first day in Thailand I was trying to find a bar, when a tall slim woman approached me. When she spoke she had a really deep voice and I realised that he/she was a ladyboy. I was expecting to see them in Bangkok, but not in rural towns. They’re strange to us but really normal in Thailand”.

“It’s almost perfect motorcycling country – good roads, beautiful scenery, sweeping bends and almost no traffic. But the humidity is something else! I’m sweating in places I didn’t know you could! I met up with 20 Thai bikers who rode with me part of the way. When we stopped for lunch I looked like I’d just stepped into a shower fully clothed. You tire really quickly and water just goes straight through you. You need air con to sleep at night, but that dehydrates you too. And you need to go easy on the beers.” 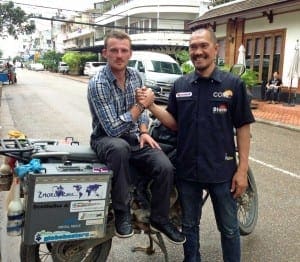 While in Thailand Rhys received an unexpected gift in the form of financial support from Core” Motorsport, the Thai team behind CORE PTR HONDA, who are racing in World Supersport. The company director is a keen adventure motorcyclist and wants to help the young rider reach his goal.

Without sponsors Rhys would not have been able to meet some of the bigger expenses, such as transporting the bike between continents.

“One of the reasons for attempting this record-breaking trip is to inspire other young people to travel the world and experience new cultures close up. You don’t need to be rich or famous. I left school young and worked as a barman until I was 22, so I needed backing and I’m really lucky to have supporters like Rowan Public Affairs. I’ve known the directors, Craig and Barbara, since I was in my teens. They work in the motorcycle industry and felt that someone my age riding around the world would help to make biking more aspirational for youth. It’s also a way of putting something back into biking and supporting the next generation. Their help has covered the costs of air-freighting the bike between continents, which is a major expense that could have scuppered the whole trip.”

From Thailand Rhys flies to Perth in Western Australia, while Motofreight transport the bike by air cargo, and will then follow the coast to Sydney, before flying to New Zealand for a reunion at his old school, Green Bay High in Aukland.

Rhys is raising money for The Prince’s Trust, asking for a donation of just £1 for every continent he crosses (up to a maximum of six). You can follow his progress, view his video diaries and make a donation at www.2mororider.com. 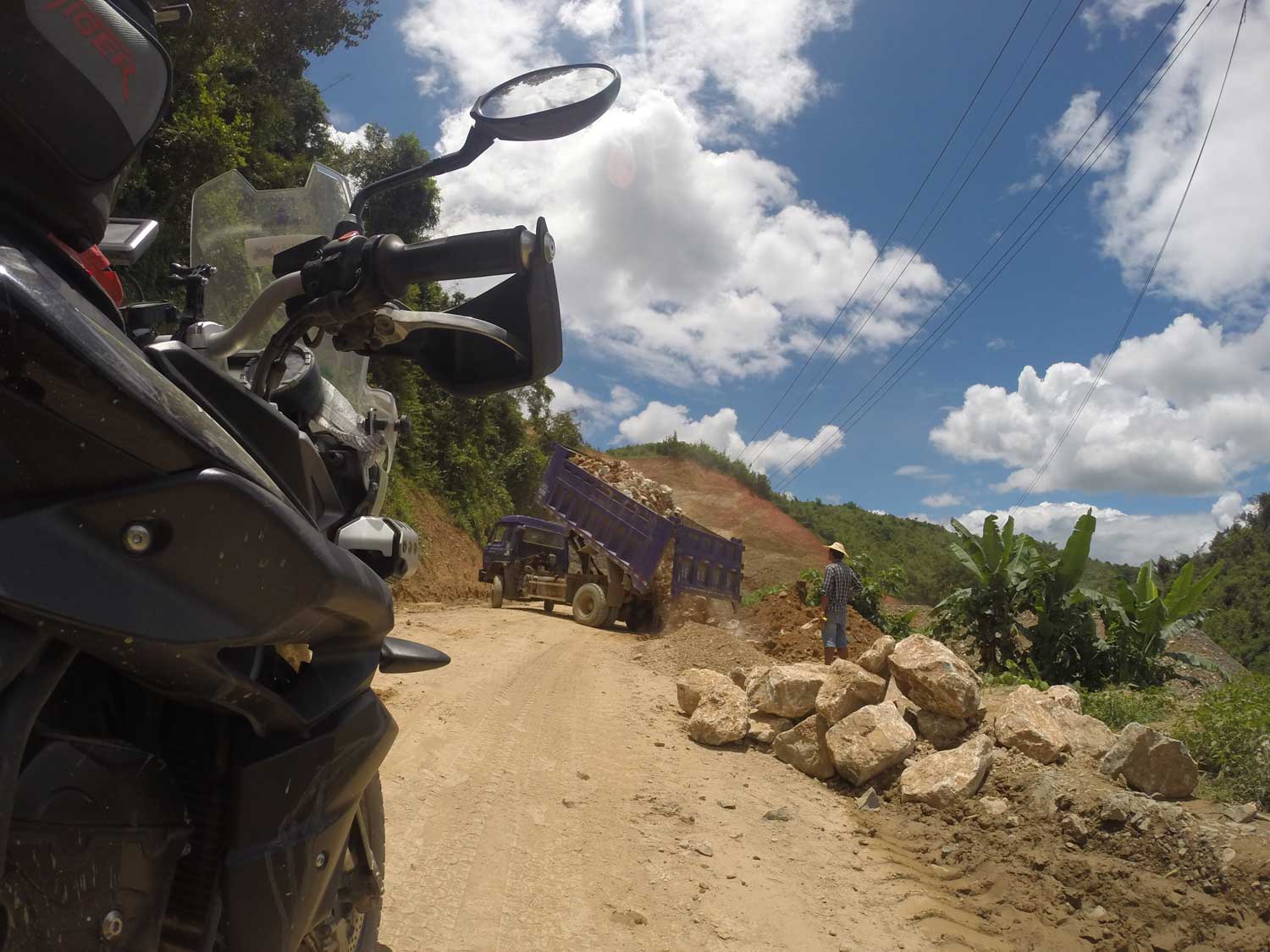