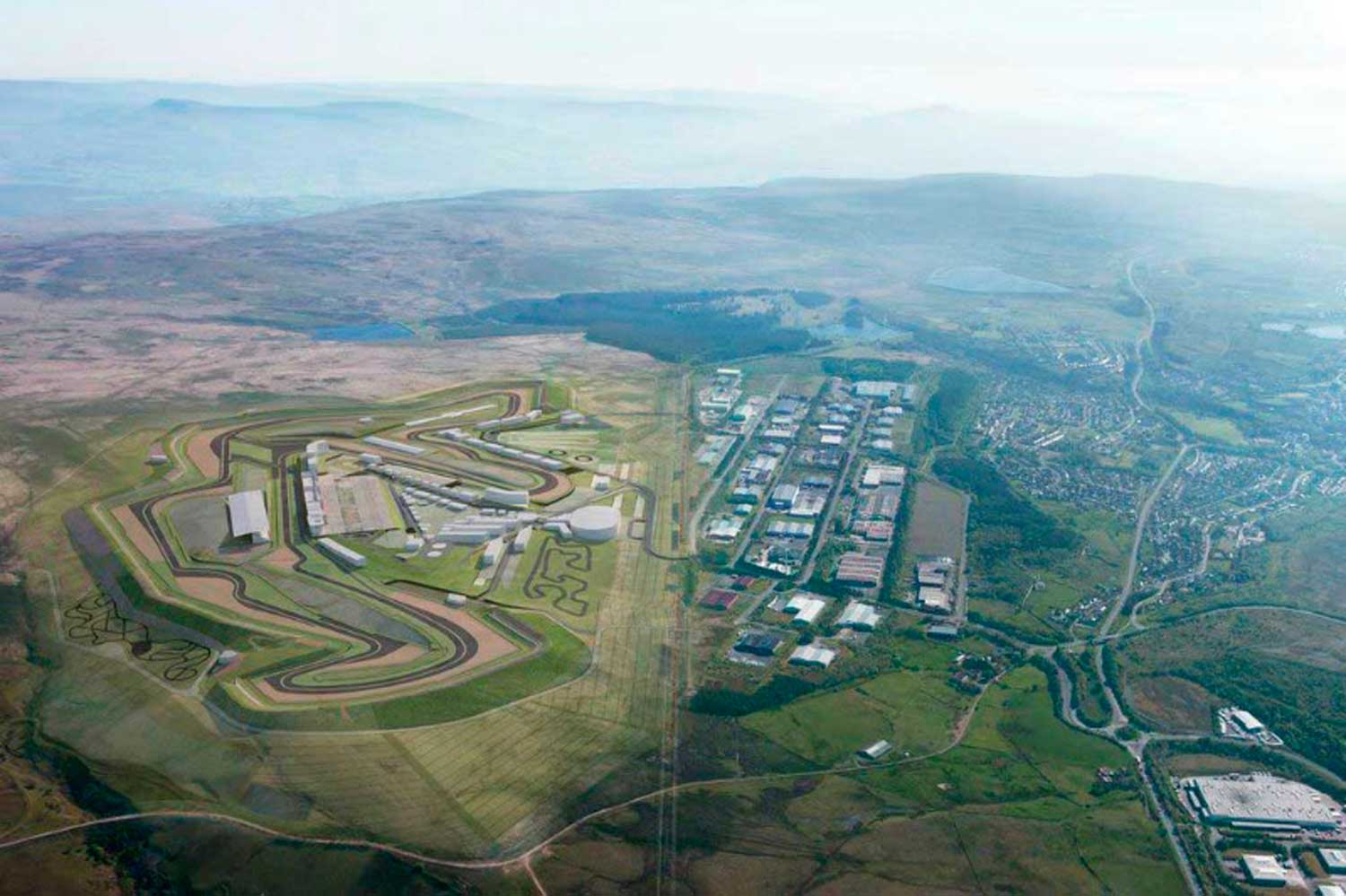 The Circuit of Wales is set to host the British round of the FIM MotoGP™ World Championship until 2024 after agreeing a five-year contract with the option for further five year extension with the Championship’s commercial rights holders, Dorna Sports S.L. The collaboration will begin in 2015 with next year’s Grand Prix which could be staged at an alternative British venue.

The agreement will bring the British Motorcycle Grand Prix to the innovative new Circuit of Wales near Ebbw Vale. The development is a flagship for the regeneration of the Blaenau Gwent area in a project that includes a focus on youth employment, education, academy structures and an investment in motorsport, one of the UK’s key industrial sectors.

“Our agreement with Dorna is a significant landmark in the development of the Circuit of Wales,” said Michael Carrick, Chief Executive of the Circuit of Wales. “MotoGP is the pinnacle of global motorcycle racing and expectations within the series and of its millions of fans worldwide are for a truly world class event at iconic and state-of-the art venues. We look forward to meeting those expectations when we welcome MotoGP to Wales from 2016 and we are now working closely with Dorna and the FIM, MotoGP’s governing body, with regard to the 2015 British round of the MotoGP World Championship.”

Carmelo Ezpeleta, the Chief Executive Officer of Dorna Sport S.L., commented: “We are excited to be working closely with the Circuit of Wales after being involved with the project for more than four years. The commitment to MotoGP is obviously a catalyst to a wide range of exciting projects aimed at contributing to the regeneration of the area, while we work together with MotoGP governing body the FIM in relation to the full homologation of the circuit.”

Ezpeleta continued: “The commitment to youth, to employment opportunities for the area, to its academy plans – linked to our own FIM CEV Repsol series – and the general investment in motorsport infrastructure will ensure very exciting times are ahead for Blaenau Gwent and the surrounding areas.”

The Circuit of Wales is a £280 million project to develop a purpose-built hub for the multi-billion pound British motorsport industry around a state-of-the art track, Britain’s first purpose-built motorcycle Grand Prix circuit, with unrivalled facilities for visiting fans. Sitting on the fringe of the picturesque Brecon Beacons, the Circuit of Wales will be a major catalyst for business, leisure and tourism as it spearheads the regeneration of the Blaenau Gwent region.

The first phase of the multi-purpose development will be the construction of an international specification motor racing circuit and world championship facilities, hotel, commercial and retail complexes. The facility is designed to host international motorsport events and will be a centre for motorsport-related industries.

Plans include a 3.5-mile track that takes advantage of the natural flow of the unique topography of the area, an indoor academy training facility, motocross, trials and enduro venues, an international kart circuit and driver training facilities as well as a variety of leisure and cultural amenities.

The automotive park will be one of the world’s leading sustainable developments, targeting the growth of low-carbon industries and events. It will be a hub for research and development companies that are seeking to push the boundaries in environmental technology and energy solutions. The park will showcase the latest technologies that capture and generate energy for the facility.

The race academy and training facility to develop future Welsh and UK talent will work in unison with the motor racing circuit and with Dorna. Commercial, industrial and leisure developments will be at the heart of the project, providing opportunities for the growth of advanced engineering, technology, education and sustainable transport-related businesses.

Councillor Hedley McCarthy, the Leader of Blaenau Gwent County Borough Council, commented: “On behalf of the community in Blaenau Gwent, we are absolutely delighted that Dorna is bringing the British Motorcycle Grand Prix to the Circuit of Wales. The MotoGP series is an amazing championship that has provided a stimulant and confidence for the growth of infrastructure in a number of similar areas to ours around the world in recent years. We look forward to welcoming the teams, riders, officials, media and fans to Blaenau Gwent.”