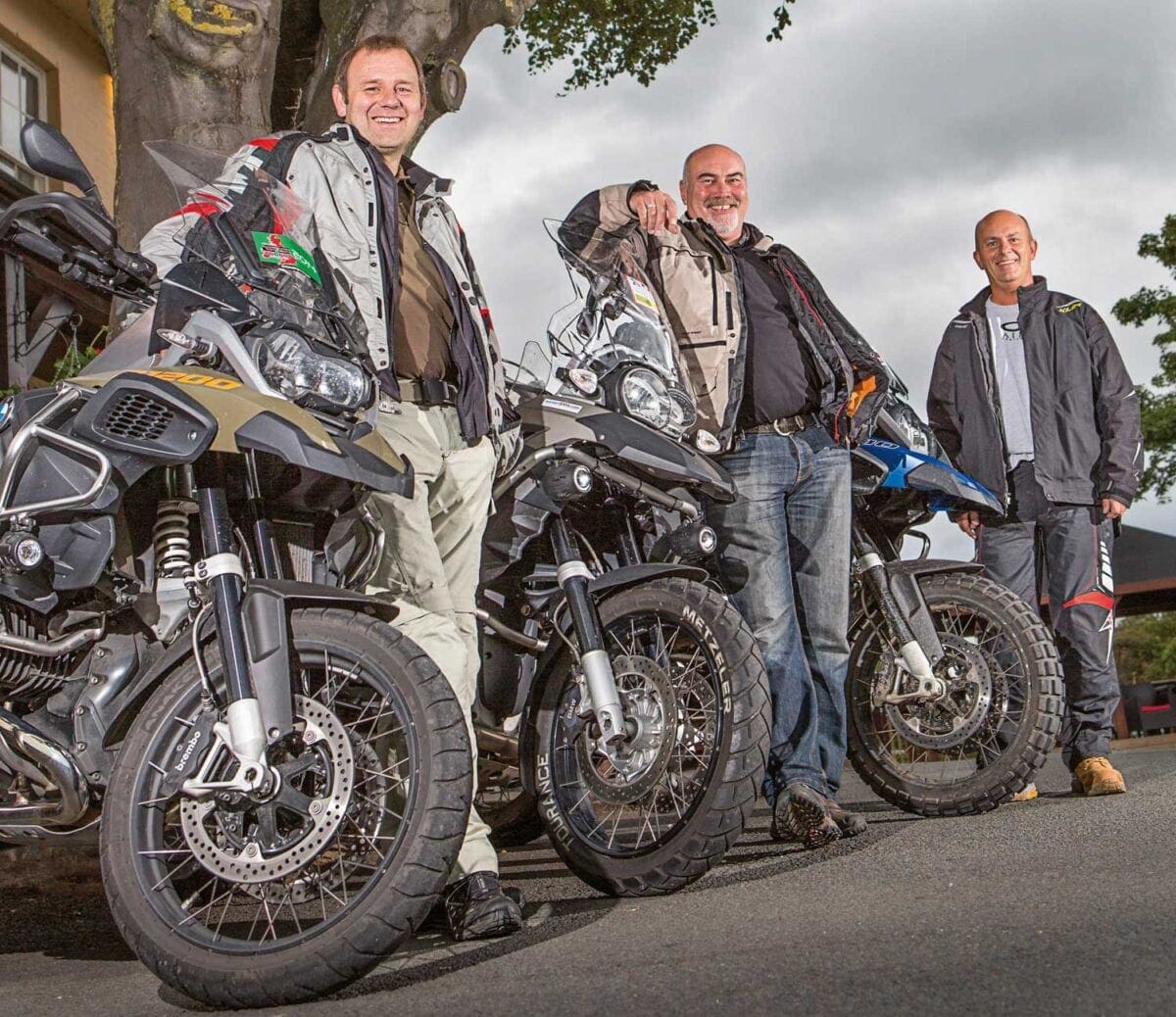 Team UK have been preparing for the GS Trophy International Final

The fourth BMW Motorrad GS Trophy International Final begins next month in Western Canada. The team behind the huge global event are hard at work preparing motorcycles, routes, challenges and logistics so they can welcome 64 riders in 16 teams from around the world on 06-14 September 2014. The four riders in Team UK will be going up against teams from Germany, France, Scandinavia, Mexico, Korea, South Africa and many more.

Marcus Arrowsmith, 47, from Worcestershire, said: “Twice before I had entered the GS Trophy Qualifier and missed out on a place in the team by unlucky circumstances. This made more determined in 2014 to win – never give up on a dream. I would encourage any other BMW rider like me, go for it at the qualifiers in 2015, it’s a fun weekend and if you don’t make it you’ll come back the next year stronger.”

Jon Crockett, 50, from Herefordshire, said: “After entering the competition in May for a good fun-filled weekend, I ended up being picked to represent GB in Canada! The fun has stopped now for me; I’ve been training in the gym and out on the road on the push bike. Having not trained for years, it’s hard work but as I’m competitive and I really want to win this for our team and for BMW Motorrad UK.”

John Small, 44, from Herefordshire, said: “I’m over the moon and, for me, the final can’t come soon enough. Like Jon, I’ve been running and training as often as possible to get into the best possible shape. Getting into Team UK has given me a real health kick – I was quite active anyway but this has taken it to the next level. I can’t stop telling people about what we’re doing and everyone has been so supportive and excited for me.

“Jon Crockett and I used to be friends years ago but we lost touch. I met Jon in a café just before the GS Trophy and encouraged him to sign up as well. I was delighted to catch up with him at the event and, having made it into the team, it’s a fantastic thing to be sharing with an old friend.”

A hanger filled with specially-prepared BMW R 1200 GS motorcycles now awaits the arrival of 48 competitors and 16 embedded journalists who will be entering a 2000km adventure ride around the Rocky Mountains and the Canadian states of British Columbia and Alberta.

Organised by former Dakar racer Tomm Wolf, the GS Trophy has grown over the past eight years into a huge multi-national off-road tournament which sees teams of amateur BMW owners battling against one another and the varied terrains around the world. This year’s final in Canada follows hugely successful challenges held in North Africa, South America and South Africa. 2014 marks the first time the final round has been held in North America.