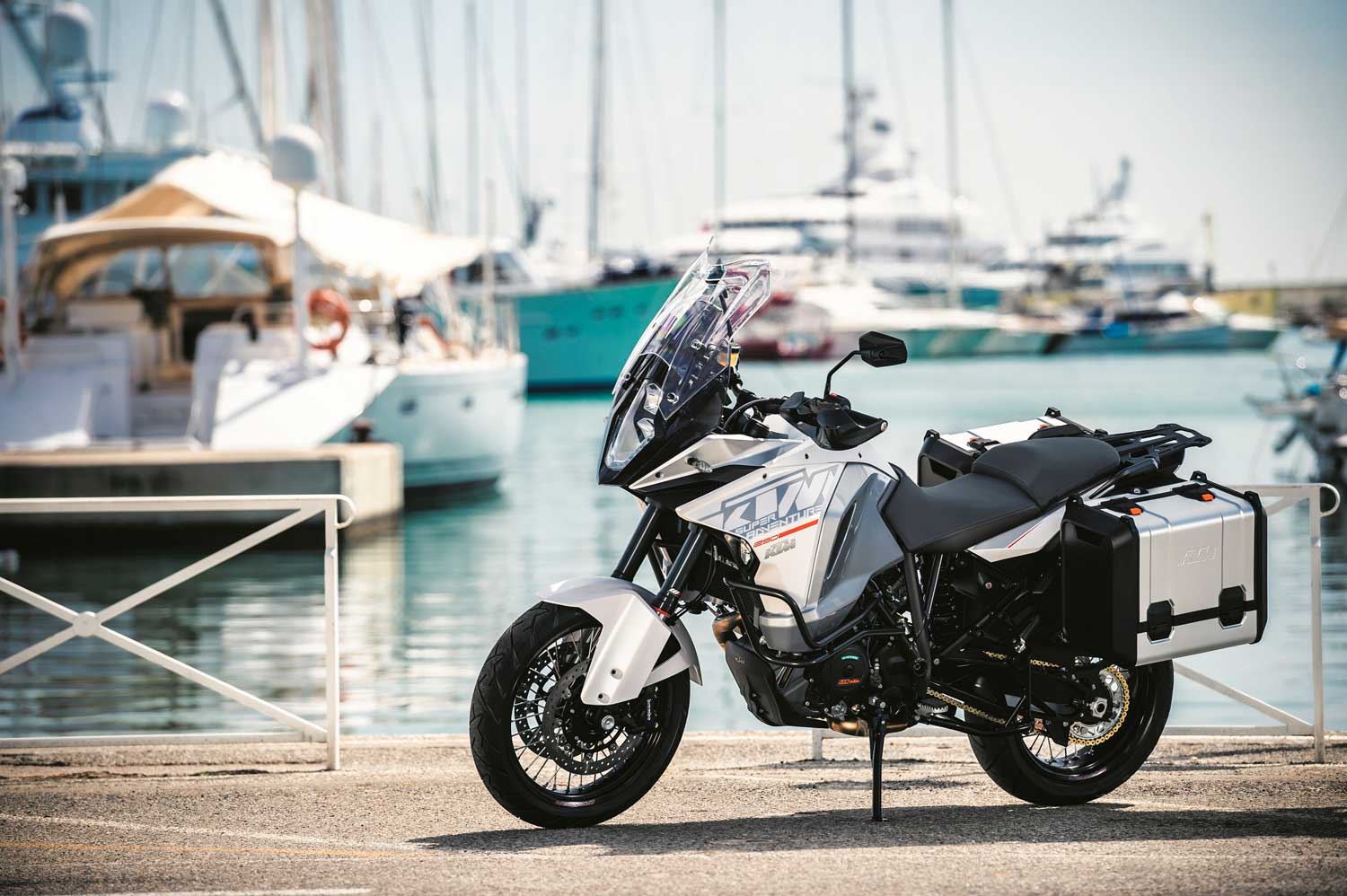 For model year 2015, KTM will add to its ADVENTURE range and take it even further with the new KTM 1290 SUPER ADVENTURE.

As its name suggests, the 1290 builds on the current 1190 ADVENTURE. It will sit alongside in the diverse KTM Street range next year but the high-end machine will add a different dimension and choice for those who want the absolute pinnacle of luxury sport touring riding.

The SUPER ADVENTURE features a bigger engine capacity to increase power and torque. An incredibly large fuel tank will mean long durations before the need to stop; perfect for when the journey is long or so addictive that the rider just doesn’t want to get off the saddle.

As with the 1190, the SUPER ADVENTURE will feature the pioneering Motorcycle Stability Control (MSC) system. Developed in association with KTM’s technical partner, BOSCH, the ABS and traction control systems are at the forefront of motorcycle safety and have a range of selectable presets as to not remove any riding enjoyment. In addition, the new 1290 SUPER ADVENTURE will feature further absolutely unique electronically supported riding assistance equipment.

More details will be announced when the 1290 SUPER ADVENTURE is officially launched at INTERMOT show in Cologne, Germany, on 30th of September. The current 1190 Adventure costs £12,999 in the UK, so we expect this new ‘SUPER’ model will be pricier. As soon as we get confirmation, you’ll be the first to know…