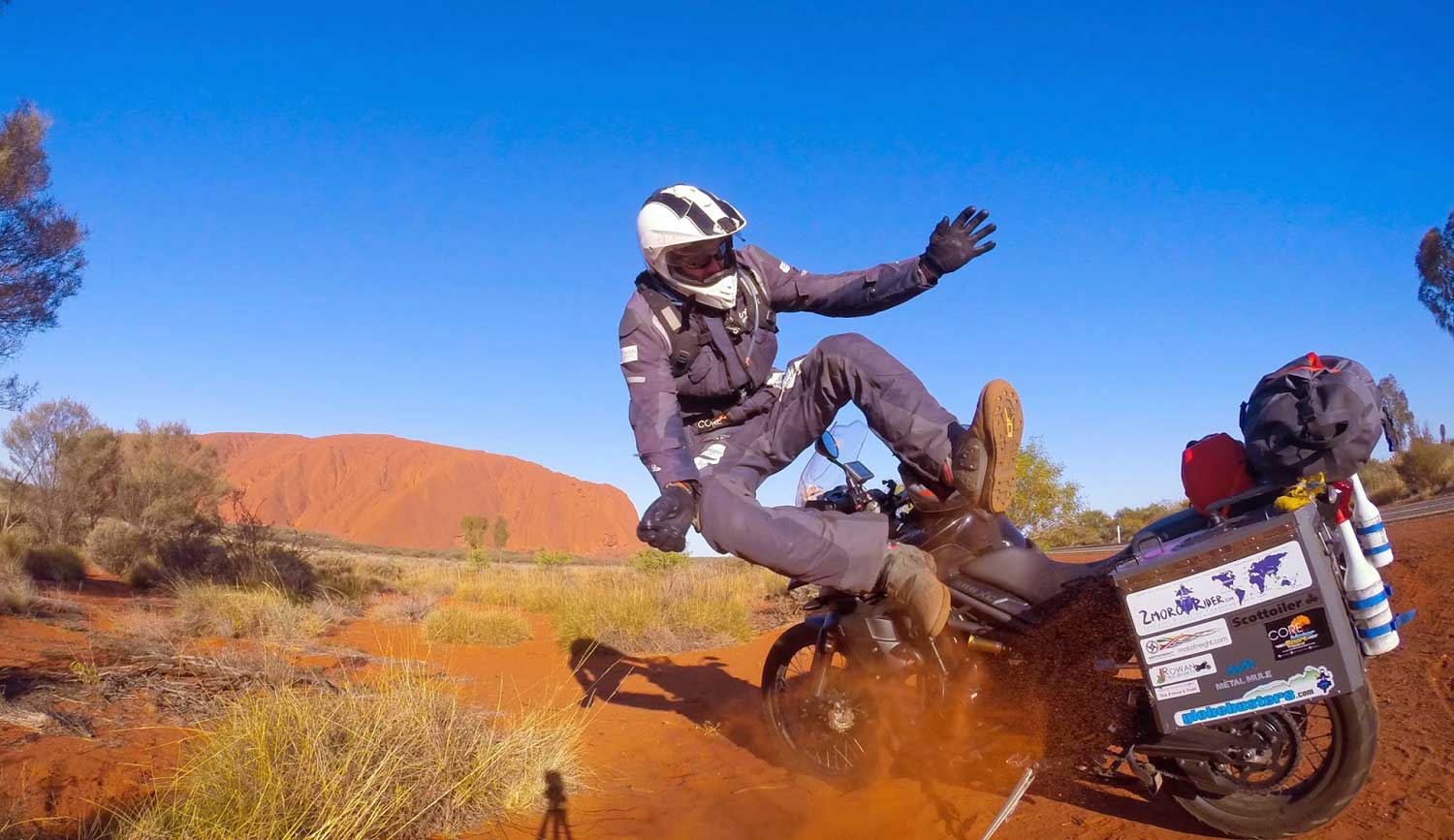 Young British adventure motorcyclist Rhys Lawrey [AKA 2moroRider] has reached Uluru / Ayers Rock in Australia’s Northern Territory, having traveled more than 15,000 miles since leaving England on his Triumph Tiger 800 XC at the beginning of May.

The 23-year old, who was born in Cambridgeshire and grew up in New Zealand, hopes to become the youngest person to to ride around the world on a motorcycle and has already crossed Asia, but still has another 35,000 miles to travel before achieving his goal.

Although Rhys worked  in Brisbane for a year, returning to Australia is proving to be a culture shock after his experiences in Asia;

“My first night in Perth city, I walked down the main street (during ‘rush hour’) and then everyone stopped at the walking red light. It was a big cross junction and I stood there looking at everyone, stopped at red lights, doing as they’re told, no tuk-tuks or scooters or noise. I ended up just laughing out loud to myself with people wondering why around me. I have noticed how we westerners live in such a safe ‘bubble’ where everything is controlled and organised. Human life doesn’t seem to be at risk, whereas over the last 3 1/2 months in Central and South East Asia you see lives at huge risk everyday”. 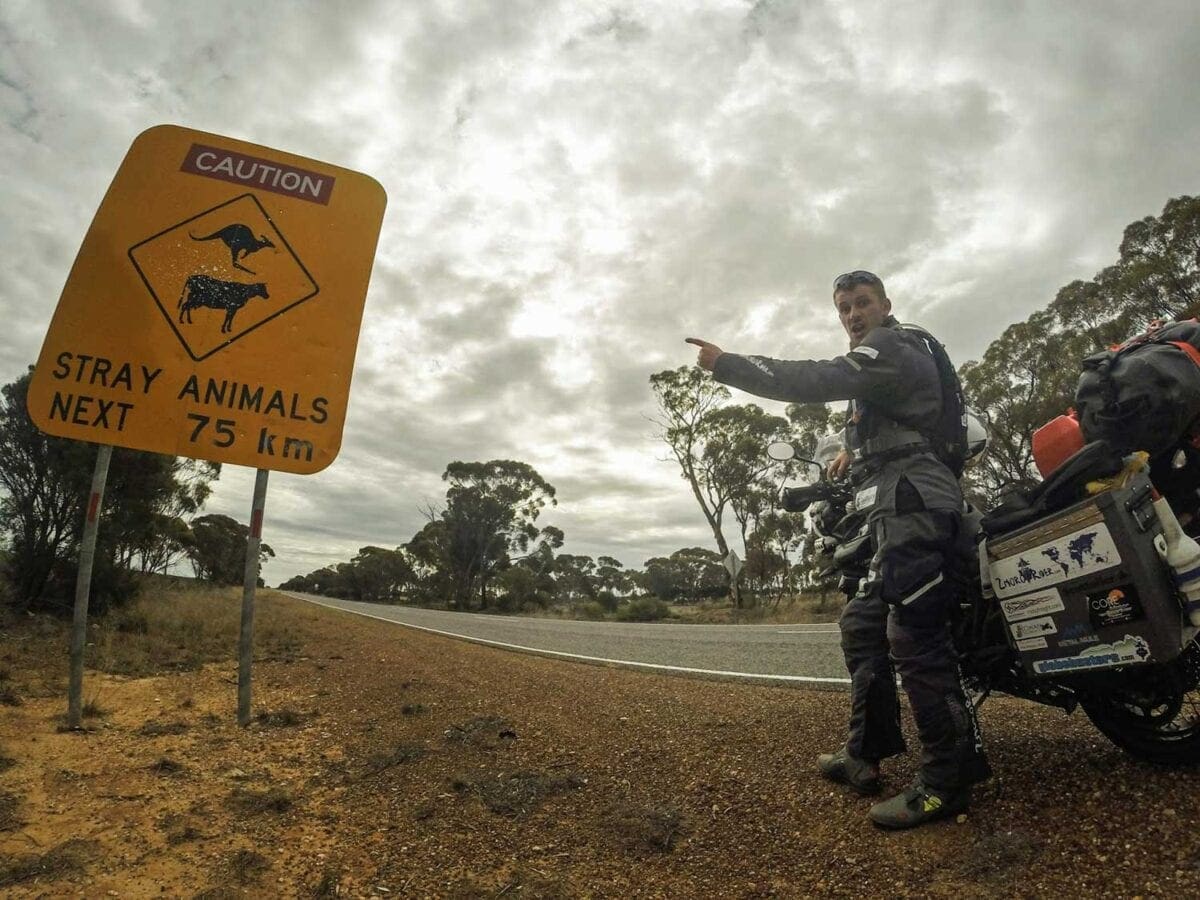 “It’s nice and chilled, with good food, and you can always find a camp site near by. The roads in Australia are somewhat different to what I’ve had to handle and ride through in Asia – they’re very easy. All Tarmac, signs all the time, plenty of fuel stations (selling good petrol!) but with all this, to me the adventure side isn’t always there. I rode across the Nullarbor plain on the Eyre Highway – 1,061 miles of straight road and the same scenery, so it brings a very dull experience”.

August is winter in Australia, so heat is not an issue – quite the opposite; “It’s clear blue skies in the day, but over night and in the morning it’s freezing cold! It only starts to heat up around 1pm then the sun sets around 6pm. And I still haven’t seen a Kangaroo – alive at least. I’ve only seen road kill. I keep a good eye out for the ‘roos but no luck as yet. Mind you, I came close to hitting an eagle and they are big!”

From Uluru / Ayers Rock Rhys heads for the coast and Sydney, before flying to New Zealand for a reunion at his old school, Green Bay High in Auckland. Rhys is raising money for The Prince’s Trust, asking for a donation of just £1 for every continent he crosses (up to a maximum of six). You can follow his progress, view his video diaries and make a donation at www.2mororider.com.