WSB: Rimini is go for this weekend’s sun, surfing and superbikes 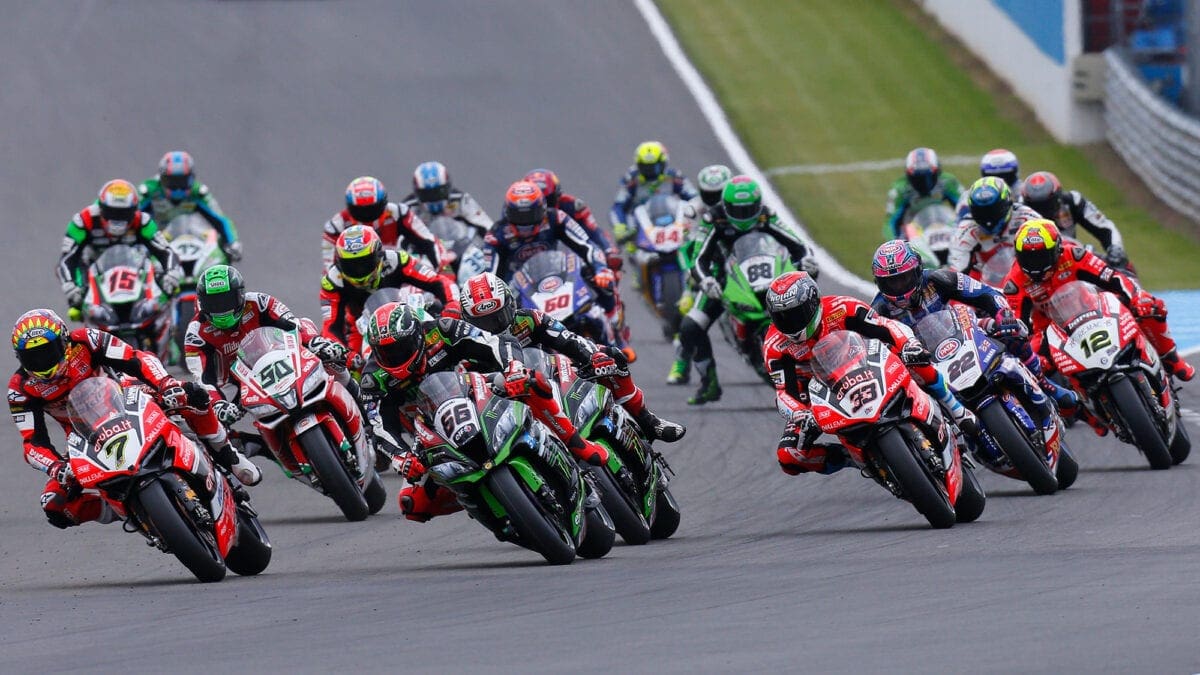 As the WSB championship reaches the half way point of the season, tensions are as hot as ever. With the Rimini coastline the destination for the seventh round of the season, Misano World Circuit Marco Simoncelli is a historic setting for the WorldSBK championship and with the passionate Italian fans it’s a favourite of many. 4.226km of sweeping corners await as the paddock gets set for another sensational instalment in the Pirelli Riviera Di Rimini Round.

Looking to have his name written in the history books, Italian Marco Melandri (Aruba.it Racing – Ducati) heads to the Misano World Circuit hopeful of impressing his home fans for the second time since his return to WorldSBK. Standing on the podium in race one at Imola, Melandri continues to look for improvements on board his Panigale R and with three podium finishes at the San Marinese circuit – his last one back in 2014 with Aprilia – it will be an intense weekend for the Italian veteran. Consistently finishing on the podium so far in 2017, it will be a big ask for the the 34 year old can bridge the gap to the front.

Ducati team-mate Chaz Davies (Aruba.it Racing – Ducati) has his third key weekend in a row ahead of him; following his team’s home race at Imola, to his home race at Donington Park last time out and now another home round for the Italian manufacturer. Thriving off the pressure around Imola, the British rider put in a stunning performance to secure the double victory, but can he repeat this around Misano? At a circuit the 30 year old is yet to win around in WorldSBK, it will be a tough challenge for Davies.

The true home hero of the weekend is San Marinese rider Alex De Angelis (Pedercini Racing SC-Project); hailing from Rimini, the 33 year old secured a best result of fourth at Misano World Circuit Marco Simoncelli back in the Moto2™ class in 2011. De Angelis has had a difficult start to the season in 2017, but the Kawasaki rider will be pushing with the support of his home crowd on board his ZX-10RR.

Despite the Italian passion surrounding the Pirelli Riviera Di Rimini Round, it is impossible to count out the Kawasaki Racing Team duo of Jonathan Rea and Tom Sykes. Championship leader Rea has won the last three races at Misano, on top of taking on victory with Honda in 2009. With eight victories so far in 2017, the Northern Irishman will take some beating along the San Marinese coastline. But with ‘Mr Superpole’ sitting on the other side of the Kawasaki Racing Team garage, there will be a hard fight around the 4.2km circuit. Sykes has taken pole position in the last five years around Misano, and finishing in second position in both races last season he will no doubt put up a strong fight.

Securing his eighth podium in the class last season, Michael van der Mark (Pata Yamaha Official WorldSBK Team) has fond memories of Misano World Circuit Marco Simoncelli, and still reeling from his fourth position at Donington Park which saw the Dutch rider miss out on a podium on the final lap, van der Mark will be hunting for redemption in Rimini. Making some strong steps with his YZF-R1 machine at the Misano test just two weeks before the seventh round of the season, can van der Mark make his podium debut of 2017?

Lorenzo Savadori (Milwaukee Aprilia) heads home for the second time of the season, and will hope to bring some improvements with his RSV4 RF machine following a tough start to the season. With two victories to his name around the Misano World Circuit Marco Simoncelli in the European Superstock 1000 championship as well as two top six finishes in the WorldSBK round last season, will the home crowd spur on the Italian?

Stefan Bradl (Red Bull Honda World Superbike Team) continues to search for that all important set-up change with his new Fireblade, and with his team continuing to race with the late, great Nicky Hayden in mind it will be another testing Round for the factory Honda team. The two day Misano test allowed the German rider to continue to work on his set-up, but he will still be searching for more results around Misano. A circuit he has stood on the podium at in the past, it will be another learning curve for Bradl.

Fresh off the back of a consistent weekend at his home round of Donington Park, Leon Camier (MV Agusta Reparto Corse) will now look to impress in his teams second home race of the season, as he continues to make steps with his Italian machine. MV have a varied history around Misano, and with Camier’s best finish of a top six at Misano, it will be interesting to see how his pace can develop over the weekend.

Raffaele De Rosa (Althea BMW Racing Team) will be hoping to draw on the pace he is beginning to build on his S 1000 RR. The Pirelli Riviera di Rimini Round will mark his second round in front of his home fans, and with a strong history at the circuit it will be important for him to take confidence into a WorldSBK Round.

Bikes roll out on track at 08:45LT for WorldSSP Free Practice, with WorldSBK Race One lights going out at 13:00LT on Saturday.