VIDEO: How does Honda Racing turn a CBR1000RR-R SP into a BSB racer? Part One.

The British Superbike Championship’s gearing up to get underway this coming weekend – and to whet your appetite, here’s a look at what Honda’s been doing to get its line-up of CBR1000RR-R Fireblade SP’s ready for action.

Ridden by Andrew and Glenn Irwin in the BSB Championship, and Tom Neave and Davey Todd in the National Superstock 1000 Championship – the new Fireblade SP’s been prepared for the race season by the chaps at Honda Racing.

Back in December 2019, the BSB team first got their hands on the new bikes, fresh off the production line – and Honda’s just released the first part of a new video series to showcase the inner workings of the engineering team; including collaboration with racers, the thought processes behind the changes made, and its work on the fuel tank with its partners Evotech. 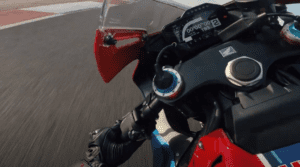 With a delayed start as a result of the Coronavirus pandemic, the British Superbike Championship is finally set to get underway this weekend at Donington Park. It’ll be interesting to see how well the new Honda’s go – particularly now we’ve had a sneak peek at all the work that’s gone into getting them race ready. For more information on all things BSB, click HERE.