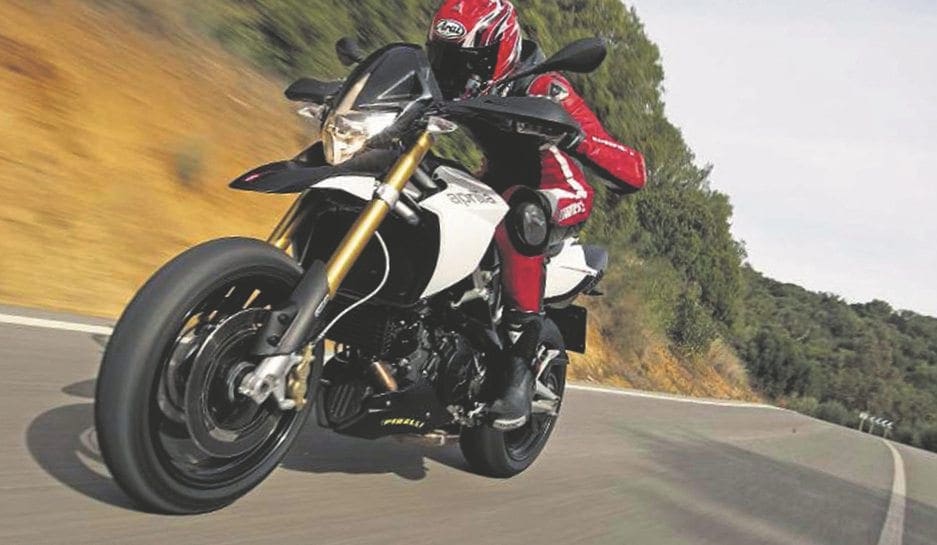 It’s easy to understand Aprilia’s decision to start its big V-twin line with a Dorsoduro supermoto bike, rather than the Shiver roadster or a dual-purpose model that might have seemed a more obvious choice. The Noale firm wants to reinforce its sporty image without stamping on the toes of the new Tuono V4 or sister marque Moto Guzzi’s Stelvio. The Dorsoduro 750 is sporty and pretty successful, especially in Italy, so a larger-engined version made sense.

It doesn’t take a genius towork out the inspiration for Aprilia’s new engine either. The 1197cc V-twin’s bore and stroke dimensions are virtually identical to those of a certain rival Italian marque’s DOHC, eight-valve, liquid cooled, 90º unit of only 1cc larger capacity. At least the notably light and compact newcomer operates its eight valves via gear and chain drive to the cams, and conventional valve springs, rather than via belt and desmodromics.

In typical Aprilia style the motor is controlled by ride-by-wire electronics, with a choice of three maps. Sport and the softer Touring modes give alternative throttle response and identical maximum of 130bhp at 8700rpm; Rain mode softens power further to a peak of 100bhp, still slightly more than the Dorso 750’s 92bhp max. 0

Chassis layout follows that of the smaller model, which is no coincidence because the two projects began simultaneously in 2005. The frame’s aluminium plates are unchanged; the modified tubular steel section gives slightly less steep steering geometry, to increase stability at the more powerful model’s higher top speed. A rear subframe of aluminium instead of steel helps compensate for the bigger engine’s extra weight.

The look is very similar to the 750’s: slightly more muscular due to the broader radiator surround and tailpiece, but with that same beaky style from the high front mudguard and fat-tyred 17-inch wheel. Seat height remains a tallish 870mm, tricky for shorter riders, and put the wide one-piece bar within easy reach as I set off on the launch route near Jerez in southern Spain. 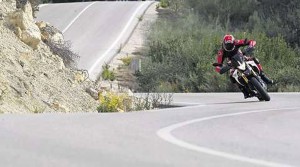 What’s it like on the roads?
What the 1200 is like to ride depends very much on which of its personalities you choose. In Touring mode, which I suspect most riders will use most of the time, the Dorso felt just like a bigger version of the 750. There was plenty of low-rev torque, a generous helping of midrange, and enough top-end heft to keep the Dorsoduro pulling long after its smaller sibling would have run out of breath.

The 90º V-twin was smooth, feeling nicely loose lowdownand buzzing only slightly, even up at the 8700rpm mark where peak power is produced. And with over 130mph available, the Aprilia had all the speed it needed given its exposed riding position. But in Touring mode the Dorso was a little disappointing because it didn’t feel as lively as I’d expected.

Selecting Sportmode changed all that, instantly transforming it into a barkingmad supermoto hooligan. Its throttle response was sharp, verging on the snatchy, reminiscent of a KTM in the way the Aprilia instantly leapt forward. That was entertaining and livened up the ride, although I wouldn’t want the bike like that all the time. Perhaps a mid-way Sports-Touring setting would be an ideal compromise…

The Aprilia’s traction control system was worthwhile, although it’s not the ultra-sophisticated system of the RSV4 Factory Special Edition.

The third, most conservative setting might be good in the wet. The others were fine for pretty quick riding, with an occasional hesitation noticeable as the system cut in. But I was disappointed that the traction control prevented wheelies in all its settings, which also required you to stop in order to turn it off. Though most supermoto riders don’t ride like that often, surely it’s nice to know you can when you want to?

Chassis performance was perfectly adequate, limited at times by the supermoto layout, with the long-travel suspension inevitably feeling a bit vague under the cornering demands of sticky 17-inch road rubber. At least the Sachs forks and shock are adjustable, and gave a fairly firm, well-damped ride along with reasonable comfort despite the thin seat.

This bike’s slight disadvantage compared to the Dorso 750 was that its lazier steering geometry meant it wasn’t as agile, and needed a fairly firm heave to get it downinto a turn.But it could still be hustled along at a respectable rate, making good use of the grip of its Pirelli Diablo Corsa III tyres. Its four-pot radial Brembos slowed it hard too, backed by an excellent ABS system. 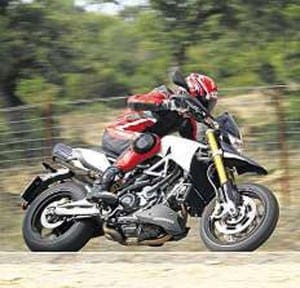 Our route ended with a fabulously twisty road where the Dorsoduro impressed with its acceleration, stopping power and grip. On a ride like that itwas easy to understand the appeal of a big, torquey supermoto V-twin, especially as Aprilia’s technicians had topped up the tanks during the lunch stop so range wasn’t an issue. Capacity is up to 15 litres from the 750’s 12 litres, but is still hardly generous.

Practicality is rarely a supermoto bike’s strength, but for urban commuting or twisty back roads theDorso has plenty to offer. Its price of £9799 is reasonable given that it includes traction control and ABS. Plenty of other bikes are more useful but the Dorsoduro’s alternative modes mean it can match whatever mood you’re in. Aprilia’s advertising describes it as “nothing but pure fun”, and that’s about right. 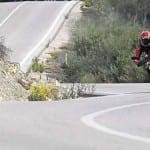 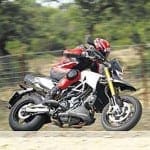 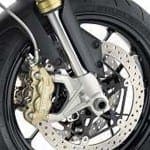 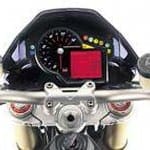 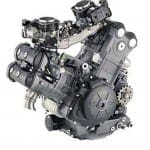 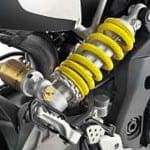 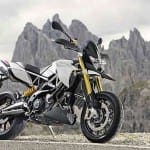 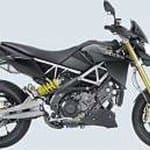 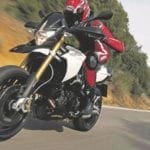