Does the new lighter and mightier GSX-R600 get top marks in the ubercompetitive 600cc supersports class?

There are two ways to build a new year model: start from scratch, or evolve what you’ve already got. Suzuki has opted for the latter option for their 2011 GSX-r600. The firm’s engineers have been their 2010 bike’s biggest critic – they’ve now ripped it apart and set about turning it into potentially the best supersport 600 machine out there.

To look at, the new GSX-R600 doesn’t seem a million miles from the bike we’ve become familiar with over the past decade but get up close, study the figures and you’ll soon realise the work that’s gone into the new machine. For a start, it’s a whopping 9kg lighter, weighing in at 187kg wet. Technicians claim that 9kg is worth 6bhp, so that alone has catapulted the GSX-R from being the porker of the supersport 600 class to the group leader in terms of power-to-weight ratios. And, while weight’s been lost, more power has been extracted from the substantially refined 599cc inline-four cylinder motor too. But it’s not so much the extra peak power or torque that’s exciting, it’s the way in which the new motor delivers its extra oomph.

The GSX-R’s always been known for good midrange, but it’s just got a whole lot better, thanks to the clever Suzuki engineers. New camshafts, lighter pistons and a raised compression ratio are among the key improvements made to the motor, but the tech guys haven’t stopped there. In a bid to find the ultimateperformance, they’ve even changed the shape of the cylinder bore ventilation holes from circular to pentagonal to lessen the internal crankcase air-pressure resistance. And while they’ve been at it, they’ve somehow managed to make the bike 10% more fuel-efficient. Sounds impressive, but how does that reflect in terms of performance? 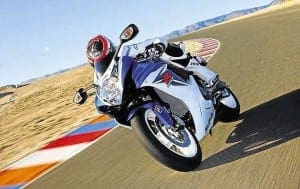 What’s it like to ride?
The GSX-R600 launch took place at Almeria, one of Spain’s most technically demanding circuits. It’s made up from a succession of fast flowing undulating corners, most of which demand you stay in the same gear from section to section. And, on the Suzuki’s new close-ratio gearbox, the choice of gear was third, which worked a treat.

Chuck the bike on its ear, settle it into the apex, then crack the throttle open and fire the bike out of the corner without any lulls or flat spots as you accelerate up from 8000rpm to the 15,500rpm limiter, ready to repeat the same process at the next group of corners. Yes, the opposition supersport machines are good, but none of them are as versatile as the L1 when it comes to torque delivery and reaching peak power. It’s set a new precedent that the other manufacturers are going to have to work hard to match.

Just like they’re going to have to try harder to get on a par with the Suzuki’s newfound handling. The biggest difference with the bike is its eagerness to change direction without any real effort. Whether that’s a result of the new shorter wheelbase (1385mm from 1400mm), the Showa Big Piston Forks (BPF), the new chassis (1350 grams lighter) or the massive saving of unsprung weight, I’m not sure. But I could definitely feel the benefits when throwing the bike from left to right through the circuit’s tight chicane. 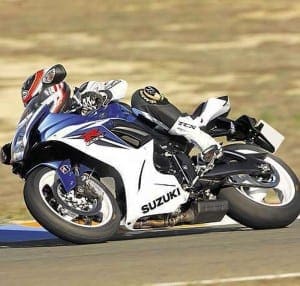 Mid-corner stability was also better and several times the bike had to compensate for me when I’d run too deep into an apex,meaning I had to let off the throttle and load the front. On some bikes it would be a ‘certain death’ moment but not once did the front wheel even hint at tucking. That’s probably thanks to the massive bore BPF front forks. You can feel their benefit pretty much everywhere on track but they’re particularly noticeable when you slam on the brakes and go to tip the GSX-R into a corner. They do compress, but you’re not left waiting for them to rebound before you can go tipping into the corner. They’re settled and feel plush throughout the whole cornering experience.

Big Brembo radial monoblocs are also new for the model and they’re another boost to the bike’s overall performance. They’ve got good initial bite and the pressure stays consistent even after several laps of hard braking. The old bike was guilty of spongy brakes, especially when the oil got hot, but I found no need to adjust the sixposition adjuster dial on the front brake lever, which does wonders for your confidence.

Almeria has a very fast back straight which sees you go from the limiter in fifth gear back down to second ready for the approaching uphill righthander. There’s not reallymuch run-off in front of you, so you need to have faith in your brakes and, after a couple of sessions, I had plenty in mine. 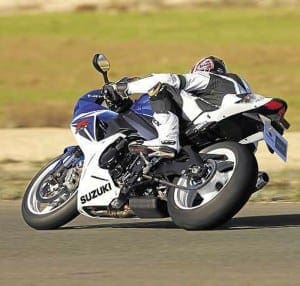 That part of the track alsohighlighted another strength with the Suzuki; its new back-torque-limiting clutch. It allows you to be less than kind with your downshifts and, even when I made a point of trying to lock the back wheel through over-rev, I couldn’t. It alsomeant I never had to compromise on selecting my gear of choice for the next corner. While a 600’s no 250cc two-stroke, you still have to keep them buzzing in the revs and the new closeratio gearbox is carefully designed to let you do so. An extra tall first gear and a shorter sixth have brought the range closer together, so you’re never struggling to find the right gear.

A big part of Suzuki’s focus with the new GSX-R was to get it to accelerate harder out of corners and while the obvious way tomake it do sowas to give the bike more power, Suzuki saw the importance in a gearbox which would allow you to optimise that extra performance. In fact, the whole bike’s been developed with that philosophy in mind. The new forks work with the new calipers to improve braking, the new engineworkswith the new gearbox to offeroptimumpowerdeliveryand the shorter wheelbase works with the lessened weight to give fantastic handling.

Despite all the changes, the GSX-R still feels an accommodating and comfortable machine. You sit in the bike, not on it and it’s all too easy to get tucked away behind the generous screen and protective fairings. One minor change that has made a big difference to the feel of the bike is the widened handlebar angle. Combine that with the fact you now sit 15mm closer to the headstock and you’ve got a bike that not only feels comfortable at full hunch but also when you’re sat upright tootling around. Throw a double bubble screen into the equation and you’ll have a bike capable of carrying you on long road jaunts without chronic backache or numb legs. 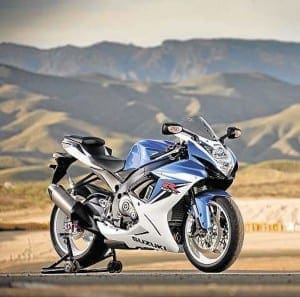 And if your legs do begin to feel cramped up, you can move the adjustable footpegs across three set positions, covering an impressive 14mm vertical and horizontal range. That also gives you the option of increasing ground clearance, should you need it, but to be fair, it’s unlikely you will. The new bike’s so sleek in its design that the likelihood of touching down the side panels or pegs is slim to none. Aiding aerodynamics, the redesigned panels havebeen squeezed in as tight as possible against the frame and engine, with a sharp taper around the sump area. The nose and tail of the bike have also been tweaked with 55mm lost from the nose fairing’s overhang, while the seat unit is 35mm shorter too. The thinking behind the changes is simple; there was no need for the extra panel, so it had to go. As a result, the bike’s fairings are 3400 grams lighter than last year’s model.

While electronics areperhaps not the sort of thing to set the heart aflutter, they are an important, integral part of any modern motorcycle. While all this effort has been made to save weight, to refine, to evolve, to improve, a poor electronics package would negate all those hard-worked for gains.

As a result, fuelling has been improved by the introduction of the latest of fine-spray eight-hole injectors and the bike’s ECM ignition control circuit has been tweaked to offer more precise and stable spark timing. The Suzuki Drive Mode Selector (S-DMS) was first introduced to the GSX-R600 in 2008, offering three different power maps, selectable at the touch of a button. For the L1, they’ve dropped the ‘C’mode, leaving the option of ‘A’ or ‘B’. Thedifference between the twomodes is noticeable and if you’re not the most confident of wet weather riders, you’re likely to find the ‘B’ mode a welcome option when the heavens open. The bike’s dash is also new and it’s now complete with a built-in lap timer and a programmable, sequential rpm indicator system. It’s lighter and physically smaller than the K10’s, but the info’s still clearly visible to read and it’s rammed with all the essential data you need. 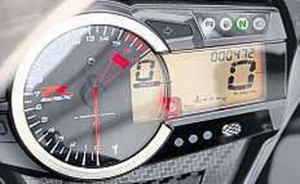 They may be small differences, but in the scheme of things they’re all significant. They all add up to make what is undoubtedly a fantastic machine that will hopefully re-ignite the supersport market in 2011. 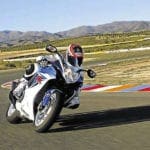 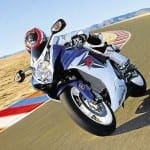 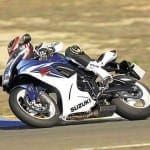 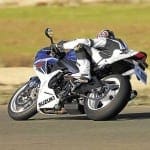 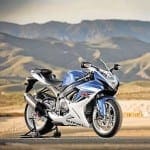 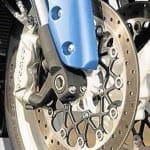 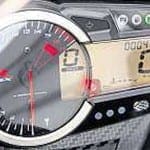 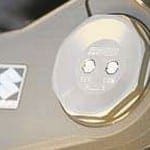 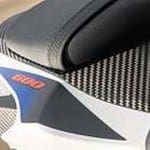 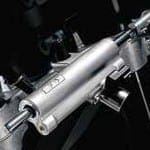 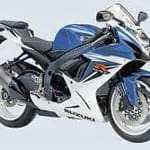