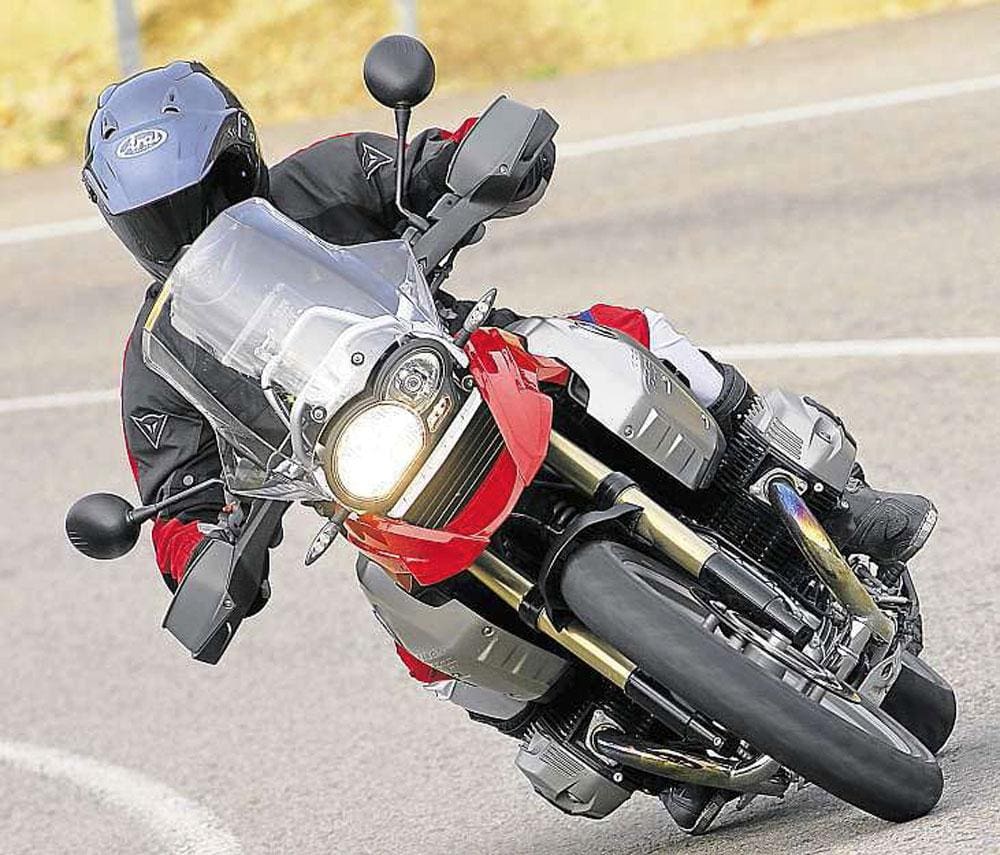 You wouldn’t expect BMW to change the R1200GS very much. After all, the big dual-purpose boxer makes up more than half the firm’s motorcycle production, and almost 200,000 of the things have been sold since its arrival in 2004.When a bike is that popular, you’d be crazy to mess with it. 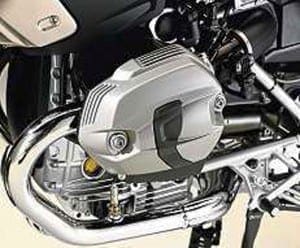 But BMWdoesn’t like standing still these days. With new rivals, including Ducati’s Multistrada, on the way it’s made a significant change by updating the GS with a DOHC, radial eight-valve motor. The new lump is developed fromtheHP2 Sport unit, keeps the traditional GS capacity of 1170cc, and is shared with the revamped R1200RT as well as the Adventure.

So what exactly is new?
Main change is that DOHC motor, which is unusual because each cam opens one inlet and one exhaust valve, rather than both inlets or exhausts. Its max of 110bhp at 7750rpmmeans the GS gets a 5bhp boost at the top end. There’s also up to 10bhp extra power throughout the range, except for a dip at about 5500rpm where the old motor is slightly stronger. 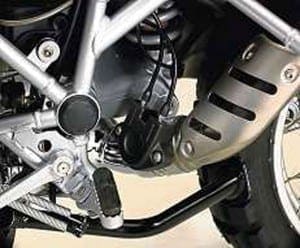 There are some other changes, but they’re relatively minor. The exhaust has anew cable-operated valve, plus reworked internals for the single silencer. Styling is unchanged except for four new colour schemes. New details include restyled instruments plus brake and clutch master cylinders, plus larger locating screws for the adjustable windscreen.

Does it make a difference?
More than you might guess from the spec sheet. The new motor is obvious from the moment it fires up with a louder, more aggressive exhaust bark. The new electronically controlled exhaust flap down on the left of the pipe looks like an afterthought, but it must help the GS sneak through emissions tests despite its throatier voice.

More importantly, the GS is distinctly livelier too, accelerating with a slightly crisper, more urgent feel making it even more fun to ride. It pulled strongly from below 3000rpm, and punched hard through the midrange. Perhaps it was slightly smoother up near the 8500rpm redline, although I preferred to short-shift rather than rev it that high. 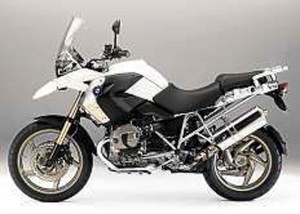 Any drawbacks then? None that seemed obvious, though again you’d have to ride old and new back-to-back to be sure. Perhaps that torque dip at about 5500rpm was occasionally noticeable, though you’re soon through it, and anyway the old motor has a similar dip at slightly lower revs. Fuel consumption might not be quite as good, though the GS averaged almost 45mphdespite being worked pretty hard, which is damn good. 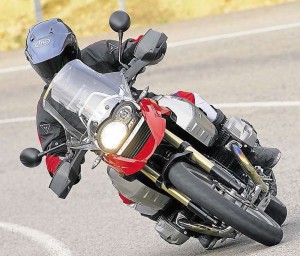 Being very tall, I’d have preferred the adjustable screen to be slightly higher, but that’s a minor criticism that few riders will share. The chassis is basically unchanged, and as it was so good in the first place that’s no surprise. Although the GS is tall, shorter riders are well catered for with lower seat and suspension options, along with all the other GS accessories, from luggage and hot grips to BMW’s brilliant ESA electronically adjustable suspension. That adds £610 to the £9925 price, so the revamped R1200GS is not cheap. But the GS was always a very good bike – and now it’s even better.