Forget the odd name: the Thundercat is arguably one of the most versatile, real world sports bikes ever made

When society is so keen on pigeon holing as much of life as possible (bikes included) it’s refreshing to find there’s amachine that has the ability to cut across divides, doesn’t cost an arm and a leg, runs like a Swiss watch and is easy on the wallet. Yamaha’s YZF600R (aka The Thundercat) has the uncanny ability to be pretty much all things to most people.

Introduced in Europe as a replacement for the FZR600, the YZF600R shared major mechanical components such as the engine and suspension with its predecessor, and also retained the stiff but heavy steel Deltabox frame. The ’Cat was sold in Europe from 1996 through to 2003 before Euro emission regulations saw it deleted from the books.

However, our American cousins received the bike well into 2007 before the R6 took over there – strangely, some of these post 2003 bikes also appeared for sale in Blighty.

When the ’Cat was new although sales were reasonable (around 2500 units pa), the introduction of the lighter, sportier R6 just two years later predictably dented Thundercat sales to around a quarter of the pre-1999 levels. Values of YZF600s then dropped off until, perversely, Yamaha stopped importing the bike and suddenly prices began to climb a bit. Saying that, second-hand ’Cat values have always been pretty reasonable due to the ‘R6 effect’, hence why they are well worth a look.

It’s more than fast enough to thrill (standard 155mph top speed) but the power isn’t all poked up the top end needing a gazillion revs to get anywhere. This translates into a surprisingly good level of tractability, which means it can be a very useful first for new riders. But don’t assume that just because the bike can be ridden in a non-intimidatingmode that this Cat is in any way neutered; there’s a pretty genuine 96bhp on hand and if that doesn’t seem a particularly big figure it’s worth remembering that most of that is readily, easily and predictably accessible.

There’s plenty of midrange grunt from the forward-slanting, liquidcooled four-cylinder motor: to get the most out of it, keep it spinning above 6000rpm. Regular MCM contributor Roland Brown said after riding the ‘Cat back in 1996 at the South African Killarney circuit: “Potent and versatile, the Thundercat could match Honda’s mighty CBR600F on price and performance.” 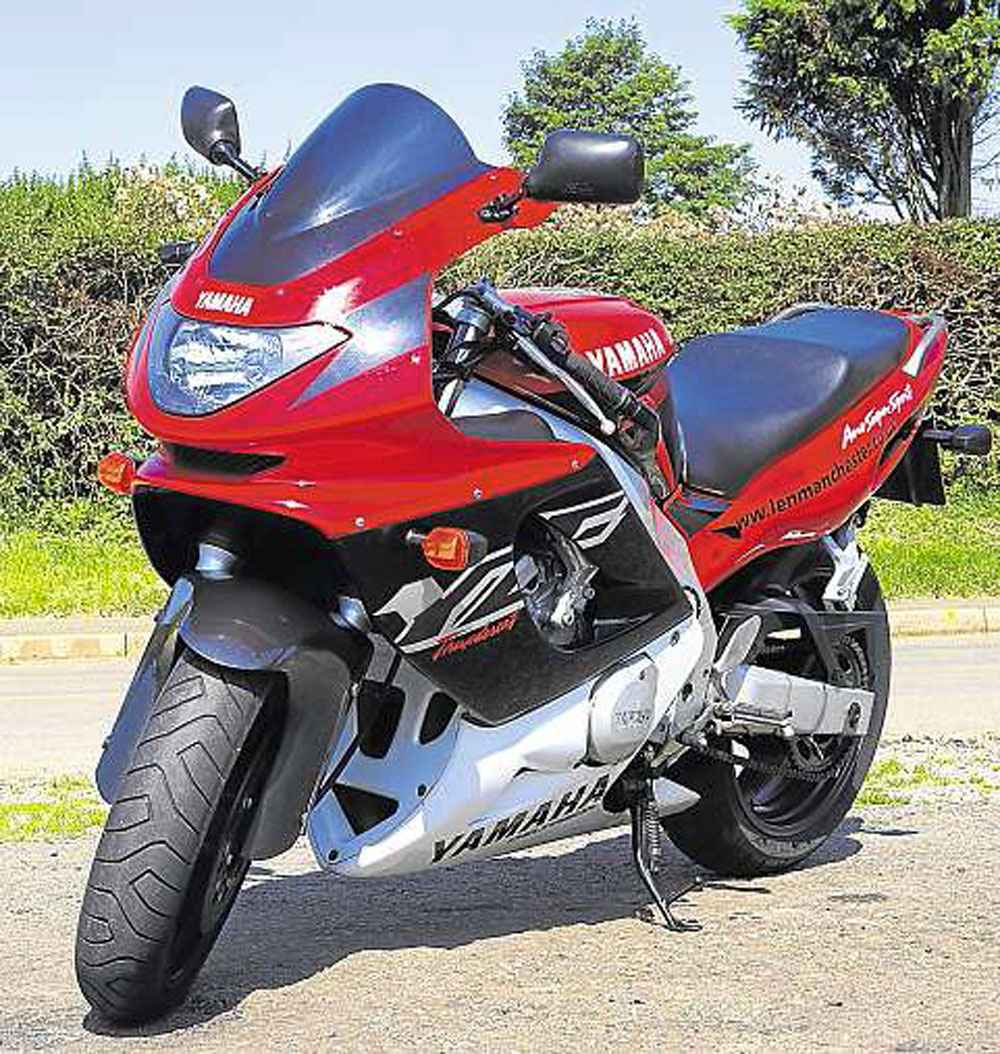 The Thundercat does weigh in at a fairly hefty 187kg dry, and although the steel Deltabox frame adds a lot to this figure, it also supplies sharp handling and the R1-derived brakes with onepiece calipers are excellent. If there’s a possible weak area on the ‘Cat it’s the suspension. Perfectly adequate for normal riding, the fully-adjustable front and rear ends can feel soggy when riding hard, although this is easily sorted with a inexpensive replacement rear shock and a fork re-valve.

Riders who have tried a ’Cat are amazed at how comfortable it is without having to either cramp themselves into an ergonomically sponsored contortion or stretching over the tank. 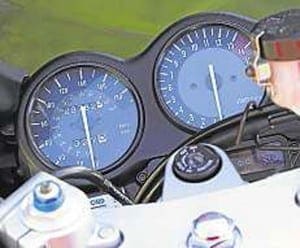 The bike seems to fit comfortably everyone from5ft 8in through to 6ft 3in without any apparent compromises. Then dial in the ability to happily tour 500 miles in a day (plus pillion) and the machine’s potential is very apparent. The generous fairing is wider than the average comparable 600, and along with a decent screen, offers good wind protection too.

Other practical details include a wellproportioned one-piece dual seat, complete with built-in storage for a Ulock, and a bar-mounted choke lever. The dash is functional, offering a low fuel light warning light, but as far as touring is concerned, there’s not much info available compared to what more modern machines offer.

The YZF600R’s relatively easy-going nature should see it doing likewise for its owner’s wallet/purse. It’s easy on tyres and chains and is easily possible to extract more than 50 mpg and as much as 65-70 mpg from the Yamaha under the right conditions. Parts availability is still good, especially second-hand through breakers and eBay, plus all parts fit all years as the ’Cat remained pretty much unchanged through its eight-year European life.

Should there be a need to compartmentalise the bike, the sobriquet “sports tourer” is the closest you’d get, but to those that know the bike it’s so much more than the sum of its parts. Miles better than Suzuki GSX600/750Fs or BMW’s R850R, when previously sceptical owners have seen fit describe the Thundercat as a very viable alternative to the Honda VFR750/800, you know you’re on to a good thing.

What to buy/how much to pay
To be honest the YZF-R never really changed over the seven or eight years it was on sale here in the UK. First bikes appeared in 1996 and the last official model was the 2002 machine, which sold into the 2003 model year. Prices start at £700 for a ‘96er and top out at around £3000 for a good example on a 53 plate. Much more than 3K and it will have to be mint and with a host of quality extras.

Verdict
The YZF600R is the thinking man’s Honda VFR750. That’s how much of an underrated gem this bike is. Plenty quick enough, supremely comfy and very practical, you’ll struggle to find a more cost-effective middleweight bike for the money. 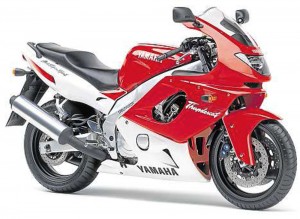