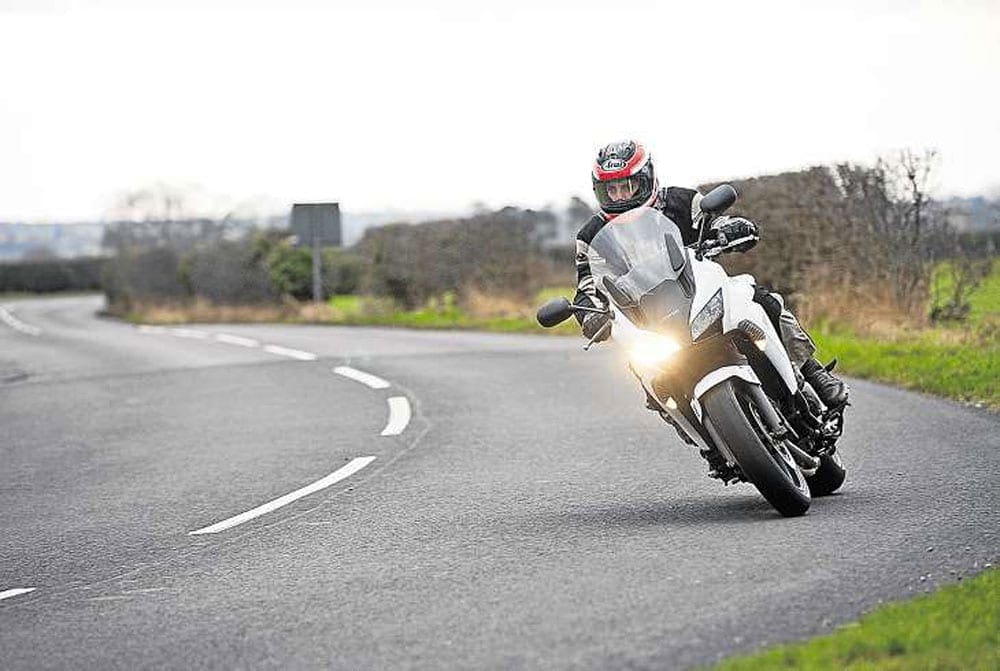 It’s not often you come across a litre bike that someone new to two wheels can genuinely ride as comfortably and confidently as a seasoned two-up touring biker can.

What’s not to like about a superbike derived powerplant, Agile handling and complete versatility, all delivered in a supremely comfy package? Exactly. 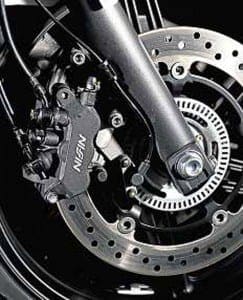 What’s so good about it?
Launched in 2006, the originalCBF1000 featured an essentially detuned Fireblade motor, to give the CBF more mid range and accessible torque.

The end result was a smooth, instantly responsive yet blast of a ride, combined with incredibly easy handling, relaxed riding position and decent half fairing that worked. It was also a smidge under six grand new, which meant you got a lot of reliable machine for your moolah.

Okay, the simple steel chassis, suspension and wheels were low-tech compared to what was on sports bikes, but it didn’t matter because it was all held together by indisputable Honda high standards.

It wasn’t lacking with the equipment levels either, with an adjustable seat, levers and useful, easy to read clocks, plus if you fancied using the big Honda for touring duty, ABS and a full luggage pack were available as optional extras.

Unfortunately for the CBF, it suffered from appliance-like styling. Quite simply, it looked too boring, so probably put off some riders, who then didn’t get to experience what lay under the dull exterior.

Fast forward to 2011 and Honda has listened to some of the criticism leveled at the CBF. Not that there was anything drastically wrong with the old model, but a few well thought out updates have now increased the Honda’s kerb appeal. 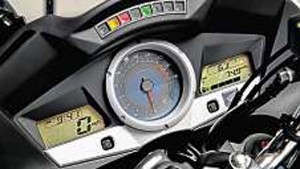 Central to this is a large analogue rev counter and digital speedo, along with a fuel gauge, clock, dual trip meters and, very practically, a fuel consumption gauge that displays average fuel consumption on a trip basis as well as indicating real-time fuel economy and reserve fuel usage with a four-litre LCD indicated reserve. 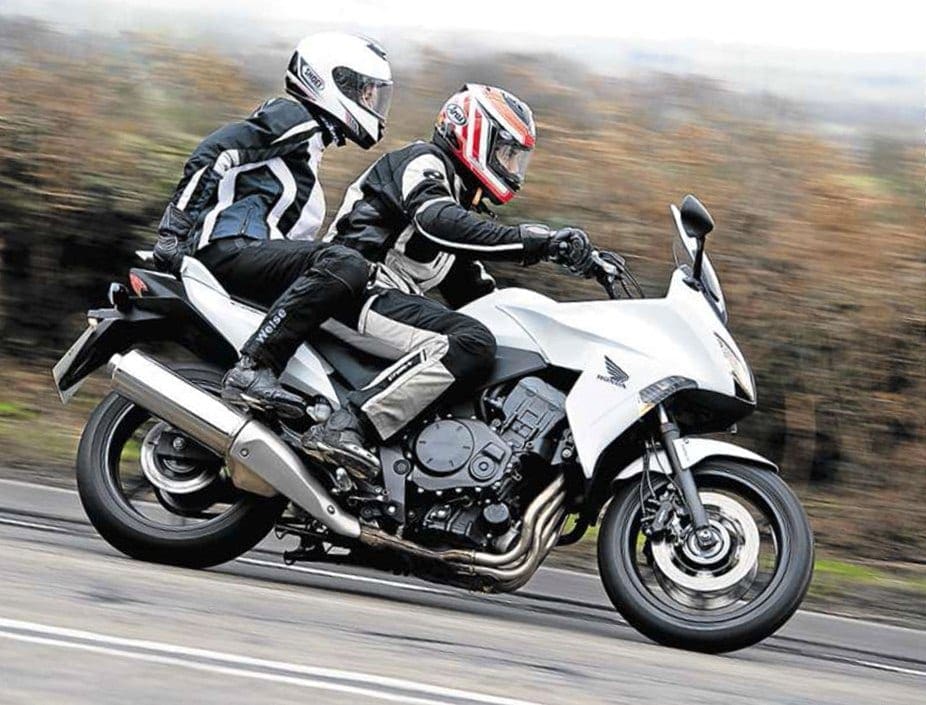 Next up is improved fuel economy. Honda claims the new bike is now 7% more fuel efficient than the old model, which seems to be borne out by the 58mpg figure we achieved during testing.

Tuned for torque rather than top-end power, the 998cc Fireblade-derived engine in the CBF1000FA now features a slightly higher 11.2:1 compression ratio and around 10bhp more than the existing CBF1000 range.

Despite these extra ponies, Honda’s PGM-FI system constantly measures data on engine speed, throttle input and operating conditions in order to make the bike even more fuel efficient, a welcome bonus if you’re after reasonable long-distance capabilities or a fairly steady daily commute.

Gone is the old steel frame, replaced by a lighter, aluminium item, but although the adjustable suspension was improved last year – namely with better compression and higher rebound damping in the forks – it still remains a bit on the basic side, along with the 17-inch, cast aluminium wheels, especially given the new overall higher price.

What’s it like on the road?
Supremely competent, enjoyable, yet can still provide a sporty kick when you want it. The 106bhp motor’s high revving low to midrange punch is easily and instantly accessible thanks to a crisp, glitch-free throttle response and it delivers its power smoothly – perfect for no-drama overtakes. 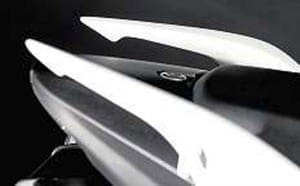 It’s easy to get up to big speeds quickly without realising it on the laidback Honda (top speed is reportedly around 145mph), and you can waft along all day on the endless waves of torque available.

It’s certainly capable of tackling tight B-roads, as the nimble handling and great brakes make it so easy to ride fast, even in the wet. Those brakes feature Honda’s excellent Combined ABS (CABS) system, which comes as standard on UK FA models. It certainly inspires and provides a useful safety net in damp conditions.

However, it’s easy to forget that the CBF is a big, sporty all-rounder, until you start to push on a bit. As with any bike in this class, once you start to ride it harder, pegs will begin to touch tarmac and the rear suspension will feel a bit squidgy, but most potential CBF owners aren’t buying the bike for that. If you want to seriously scratch, then its Fireblade brother is the way forward. 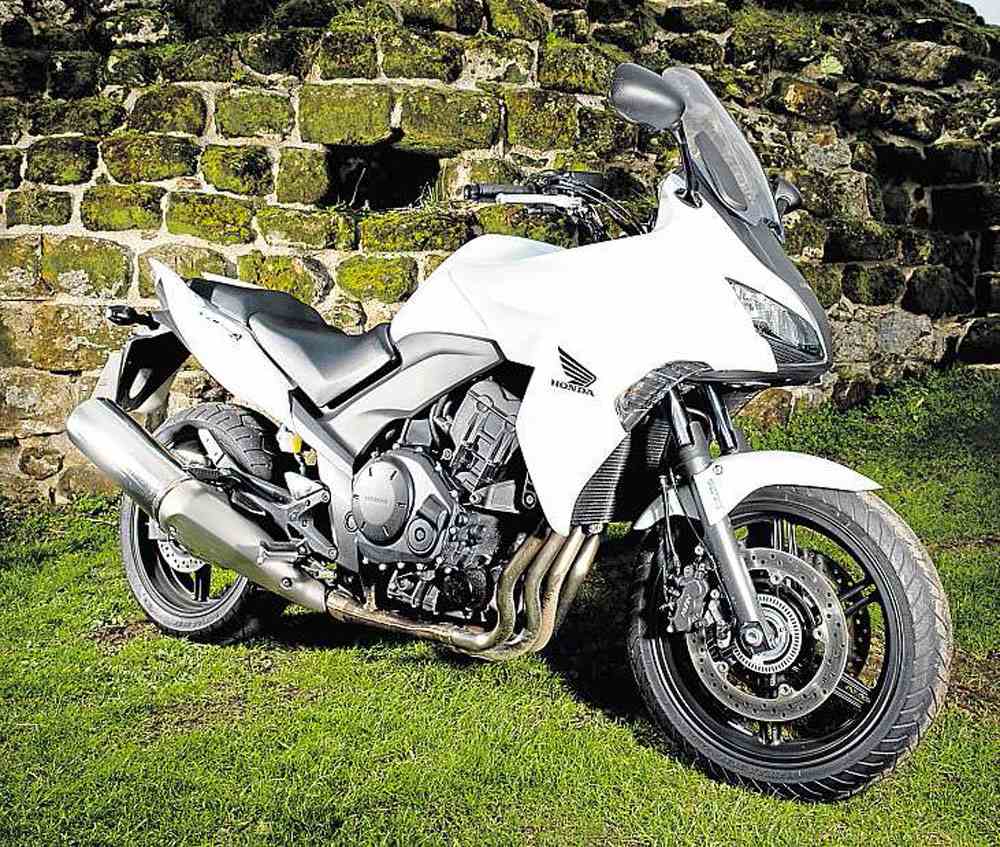 Getting from one side of town to the other quickly is no issue for the CBF either: it slices through busy traffic with no fuss or low-down engine snatchiness. It’s equally accomplished at low speeds, and for lighter or shorter riders, the bike is very easy to manoeuvre around, even at a standstill. 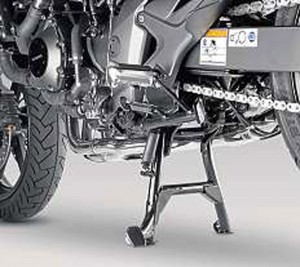 Most of its weight is carried relatively low down and at 5ft 6in tall and nine stone, the CBF was easier to ride over my deep gravel driveway at home than my lofty long-term Kawasaki 650 Versys.

The seat itself is three-way adjustable, ± 15mm from the 795mm starting point, and is shaped with both the rider and pillion in mind, being wider at the back and tapering into the tank at the front. The adjustable, upright bars are a comfortable distance away and the four-way manual, easy to adjust sliding screen (adjustability range 120mm) works best on its highest setting in reducing wind buffeting and noise.

Our test bike also came with an optional heated grips kit, which featured a neat, unobtrusive handlebar-mounted control unit and had three different heating levels that were easy to operate, even when wearing bulky riding gloves. As well as testing the CBF on fast, flowing solo rides through the bleak Lincolnshire countryside, I also hopped on the back to see what life was really like for pillion passengers.

The flexible, well-mannered Blade engine certainly has enough grunt two up, and there was plenty of room, both for my backside and legs, without having to get too cosy with staff writer Bruce up front. However, although the single-sided exhaust system reduces weight, the bulbous end can is far too close to the rear pillion peg and as a result, I was resting my size 6 boot firmly on the exhaust rather than the peg. I know there’s always a compromise between pillion accommodation and ground clearance but it could be better on the CBF. 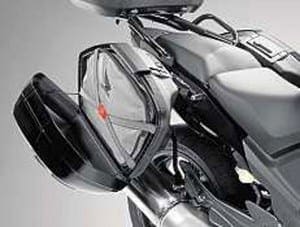 As for touring two-up, hard luggage kits are available as extras (top box and panniers both in two size options), along with the aforementioned heated grips, engine/casings covers and centre stand.

Other models in the current range include the normal CBF1000 available in both standard (£7400 OTR) and ABS (£7925 OTR) versions, plus the CBF1000GT, (£8775 OTR) that turns the CBF into a grand tourer by adding a lower fairing and three-box luggage system. 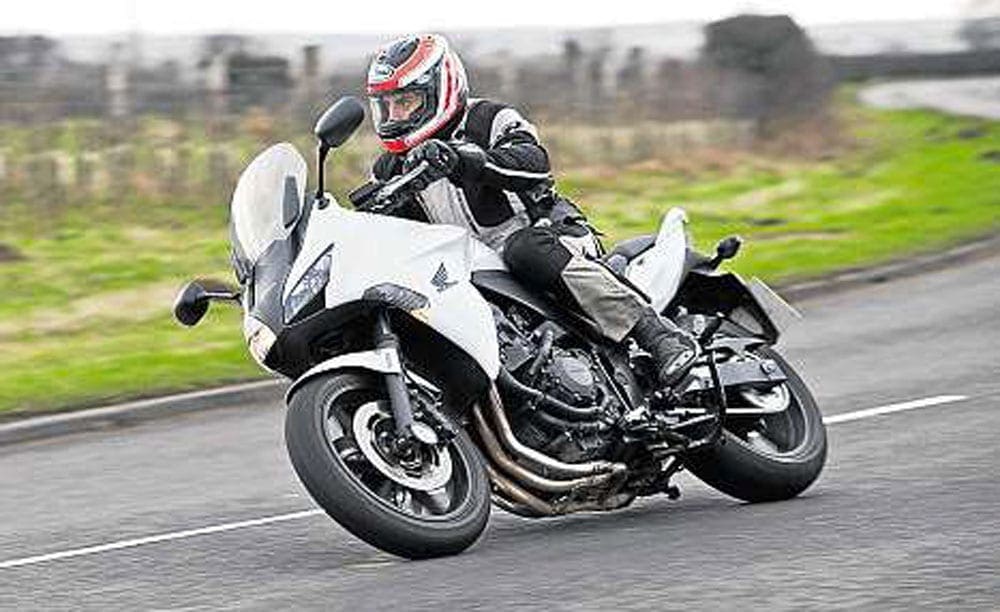 Would I buy one?
If I was in the market for a versatile, accomplished all-rounder then the CBF-FA would definitely be on the list.

The build quality is superior to the CBF’s biggest rival, the big Suzuki GSX1250FA, and it’s also a good 15kg lighter with more agile handling. But the CBF costs just over nine grand new and even though there have been a few useful changes, have there been that many to justify the new price tag, especially as the Suzuki is just over £1400 cheaper? 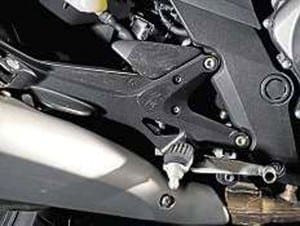 It’s a tricky one, but if your focus is no-frills touring on a budget then the big Suzuki is probably your best bet.

Personally I’d take the CBF. Its ‘one last hoon before home’ personality appeals more: that reliable older Blade motor is blisteringly enjoyable, especially on your own, and takes the sting out of buying a seemingly ‘sensible’ bike if that’s what your riding requirements need. That’ll do me.