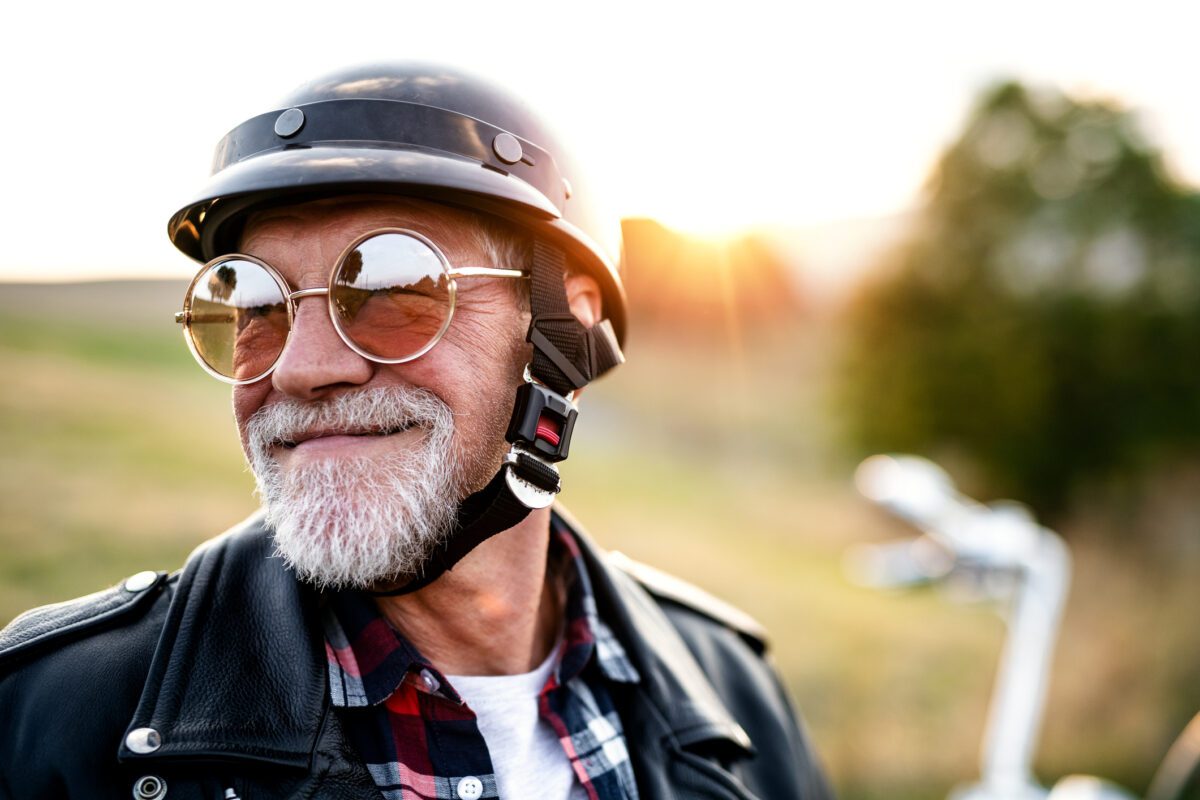 We all have our favourite biking roads that we go back to time and time again. But if you fancy a bit of a change from your tried and tested routes, we have picked a few amazing rides that are absolutely worth a try!

These routes range from scenic mountain passes to thrilling sets of bends in England, Scotland, Wales and Ireland. And the great thing about them is that they are all surrounded by more brilliant biking roads, making it easy to have a full day of great riding.

Starting from Minehead, ride south in order to pick up the A39; taking a right turn for a westerly direction. Filled with bends and lined with beautiful vistas, the road takes you south of Minehead’s impressive North Hill. Before long you come across a junction that leads into the village of Allerford, with its ford and packhorse bridge (worth stopping here for a cream tea).

Back on the A39, you hit the first of the ride’s ascents before dropping down into the village of Porlock. On the far side of the village you take a left turn to climb the Porlock Hill, which tests the best of engines as you clamber up its one-in-four gradient for more than a mile.

At the top you’re gifted to stunning views of Exmoor’s moorlands and the Welsh coastline on the far side of the Bristol Channel. Around five miles from Porlock you cross over from Somerset to Devon. You eventually head back towards the coast and descend down the Countisbury Hill into the town of Lynmouth.

Heading in from the north, the mountainous views captivate the mind entirely. Arid and raw, the snow-capped summits overwhelm you as you try your best to track along the narrow and winding single-lane route.

This ancient pass is famous for its beauty, which only intensifies the farther you go. Undulating relentlessly, the first real descent tracks the side of Black Lake, which you cross on the stone-built Wishing Bridge. On a winter’s day, the harsh wind ripples the water’s surface, which is clear and reflects the towering rock faces. Derelict cottages are passed on your left, breath-taking waterfalls to your right.

The smooth-surfaced squiggly road is made even more challenging by the occasional roaming sheep. The core of the pass is over too soon, as the road begins a steep and winding climb over the next mountain range towards Kenmare.

Heather and gorse bushes make for a colourful landscape, with the reintroduction of trees and habitat. Get a coffee at Kenmare before you head back to ride the route again.

The starting place for this route is Ystalyfera, on the edge of the Brecon Beacons. You meander your way northwest of the green and heavily forested habitat, along the quiet and narrow Bethel road, passing waterfalls and streams along the way.

Trotting through a few villages, the first major reference in the journey is a right turn when you reach Brynamman, switching onto the northerly direction A4069. Exiting the town you begin your climb up into the stunning Brecons.

Within a few miles of climbing, you’ve already made your way around umpteen tantalising corners, and the smooth-surfaced road gets even better once you’ve reached the summit.

Next up is a great hairpin, tightly descending back on itself as the route begins to lose altitude. Then the road becomes something of a rollercoaster, but eventually loses its intensity when you reach the lower section.

The bends are still plentiful, but gentler, especially by the point that you reach Llangadog. From this point, it’s a short blast to Llandovery.

Loch Tummel stretches over six miles, lined on the north shore by the winding B8019. The views are breath-taking and the scenery gets even better after you’ve passed through the Victorian influenced town of Pitlochry.

It’s here that the route begins to climb in earnest, working its way towards the heart of the Highlands and Scotland’s highest road. After a stint on the A924 you briefly ride the B950 before picking up the A93 – better known as the old military road. Expect snow, as late as April, and some amazing sights.

The route’s twisty and enjoyable, climaxing at the Glenshee Ski Centre (2199ft above sea level) where you can grab a coffee and cake at the centre’s roadside cafe. If you want to keep going, Balmoral Castle’s only a few miles on and well worth a visit.

From the 12th century Hanseatic seaport of King’s Lynn, the A149 leads you on a northerly path, traversing the Dersingham Bog national nature reserve. It meanders its way through the densely wooded area, which also plays host to Her Majesty’s Sandringham Estate – a royal residence since 1862.

From there, the ride to the town of Hunstanton is straightforward, consisting of smooth and wide roads.

The A149 passes through the more quaint Old Hunstanton, taking on an easterly direction, with the sea to your left. From this point the road becomes much narrower, and the pace drops as you begin to negotiate a number of twists in the road and small villages.

After Burnham, the road continues to ebb and flow its way along the coastline, factoring in plenty of tight hairpins, before eventually bringing you into the fishing town of Wells-next-the-Sea. Quiet and calming, Wells is a great place to waste away an afternoon and indulge in some quality fish and chips.

Starting from the stone built village of Colsterworth, right on the A1, you’ll quickly find yourself undulating up and down, as the narrow B676 twists and turns its way into a rural backdrop.

The first part’s slower paced and there are a few old villages to negotiate. A lot of the architecture’s stunning, especially in Buckminster, which looks like a throwback from a period drama.

From here on in, the ride takes things to another level. The bends get much faster and the scenery even more stunning. Open, rolling fields line the route, along with smooth surfaced Tarmac.

The nearer you get to Melton Mowbray, the hillier the landscape, right up until the final few miles when you descend into the historic market town. It’s a great place to explore with easy parking for bikes.

Starting at Norman Cross roundabout, atop the A1M, head south, then turn left to cross the A1M before reaching Stilton. Pick up the B1043/Old North Road, which is actually the old A1. It’s a fast, sweeping road with little traffic.

Turn left immediately before the Ratcliffe Recovery site for the B660 (Glatton) and enjoy some truly fantastic roads; head west through Glatton, then on through Great Gidding and Winwick, before reaching a T-junction.

At the T-junction, turn left for Old Weston, and continue on the brilliant route through Catworth, until you reach another T-junction, to turn left into Kimbolton. Ride through Stonely, and look out for a sharp left turn taking you on the B661 towards Perry. After the village, a long, fast sweeping bend around the south east of Grafham Water eventually heads back up, with a left turn taking you on Buckden Road towards Grafham village.