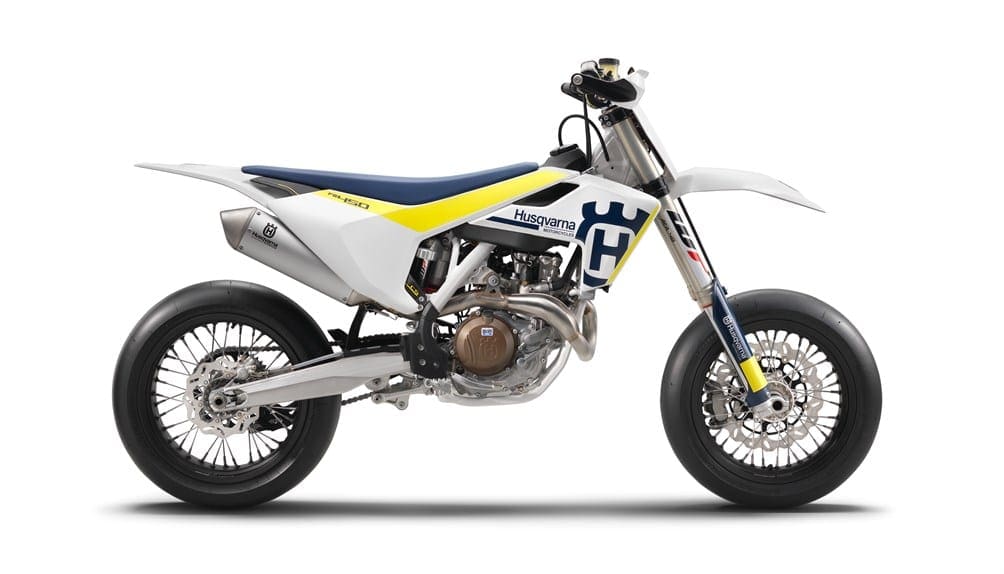 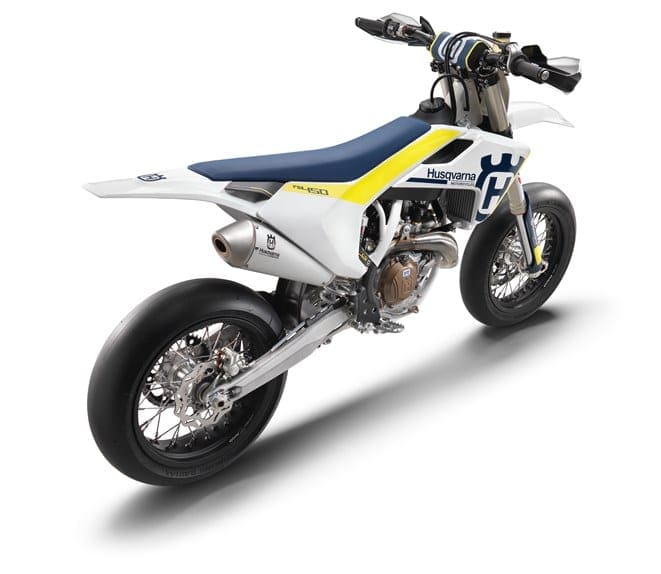 It certainly looks good, and we’re looking forward to testing one of these.

In the meantime, here’s the full press release from Husqvarna:

At the leading edge of supermoto motorcycle development, Husqvarna Motorcycles is pleased to unveil the all-new 2017 FS 450 – a drastically revamped supermoto machine offering a notable leap forward in terms of technology and performance. Carrying Husqvarna’s World Supermoto Championship winning pedigree into the future, the new FS 450 features updated and top-of-the-line componentry, further advances in engine management and a fresh design that stays true to Husqvarna’s heritage. Combining state of the art technology with unparalleled on-track performance the all-new FS 450 ensures supermoto racers and riders alike have the perfect machinery to achieve their goals.

Reaching new heights in terms of suspension technology the 2017 FS 450 is equipped with WP’s revolutionary AER 48 forks. Offering progressive and consistent damping characteristics, the new split air forks are 1.66 kg lighter than their predecessors. They also offer unprecedented ease of access for adjustment, with the necessary air pump provided as standard. The CNC-machined triple clamps allow the fork tubes to flex under load. For 2017 the upper triple clamp has a new design to perfectly match the characteristics of the new forks. A new set of aluminium engine mountings further improves suspension functionality while reducing the overall weight. 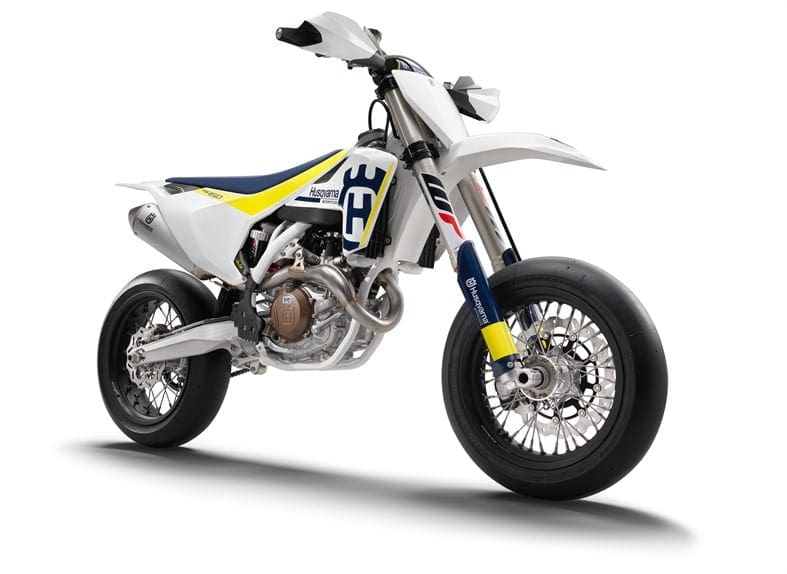 The FS 450 features a new handlebar map switch, which allows the rider to modify the engine characteristics in the blink of an eye. Optimised for easy operation, the switch allows selection between two different engine maps and also activates launch control for maximum traction at every start. Taking a big step forward the 2017 FS 450 introduces a revolutionary traction control system, which can also be engaged via the new map switch. Analysing a series of parameters the system is able to modify the amount of power delivered to the rear wheel ensuring maximum traction in all conditions.

True to the brand’s Swedish roots the bike features a minimalistic but striking design with the new model getting new graphics. Added to the low-profile, high-grip seat cover tailored to deliver superior control and comfort, the advanced ergonomics allow riders to perform at the highest level for extended periods of time.

Attention in every detail

Crafted by WP Performance Systems the hydro-formed chromium molybdenum frame of the FS 450 delivers superior handling and manoeuvrability. Showcasing pioneering innovation Husqvarna continues to feature a composite subframe, made from 30% carbon fibre. As well as being incredibly strong it weighs only 1.4 kg. Offering optimal stiffness at the least possible weight, the cast aluminium swingarm is another mark of exceptional quality. The swingarm is connected to a high performance WP DCC rear shock with specific supermoto set-up providing advanced traction and bump absorption. A set of black 16.5”/17” Alpina spoked wheels are matched with Bridgestone’s 125/80 R420 and 165/65 R420 slick tyres for maximum grip and agility.

Precisely positioned inlet ducts in the airbox prevent air deformation, ensuring maximum airflow and performance. The air filter is made by Twin Air and can be easily accessed without tools.The ODI lock-on grips come together with a unique throttle assembly offering easy free-play adjustment and the ability to alter throttle progression.

Finally, the 7-litre polythene tank and the ProTaper handlebars with its new mounting clamps further ensure the 2017 Husqvarna FS 450 among the most sophisticated supermotos on the market. 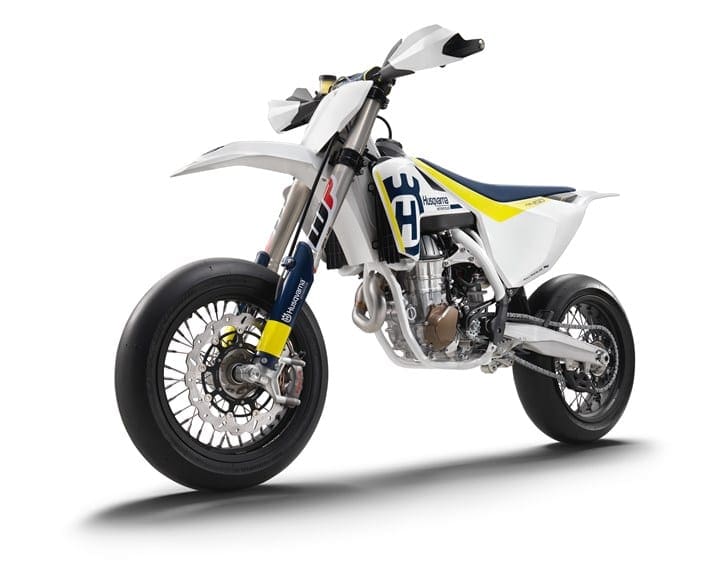 Setting the benchmark in terms of performance, the new FS 450 features the most powerful 450 cc supermoto engine ever developed by Husqvarna. Designed to be smaller and faster at processing data the engine is controlled using a Keihin Engine Management System which also integrates launch control, selectable engine maps and the new traction control for 2017. Together with the gear sensor, the EMS is capable of correctly tailoring power delivery for each gear. The throttle cables are mounted directly to the Keihin 44 mm throttle body without the use of a linkage making throttle input more direct and response more immediate. Delivering the best possible performance while complying with the FIM noise limits, the FS 450’s exhaust features an integrated resonance chamber in its header pipe. An APTC slipper clutch prevents rear wheel hopping when braking hard, with the Magura hydraulic system ensuring perfect clutch modulation.