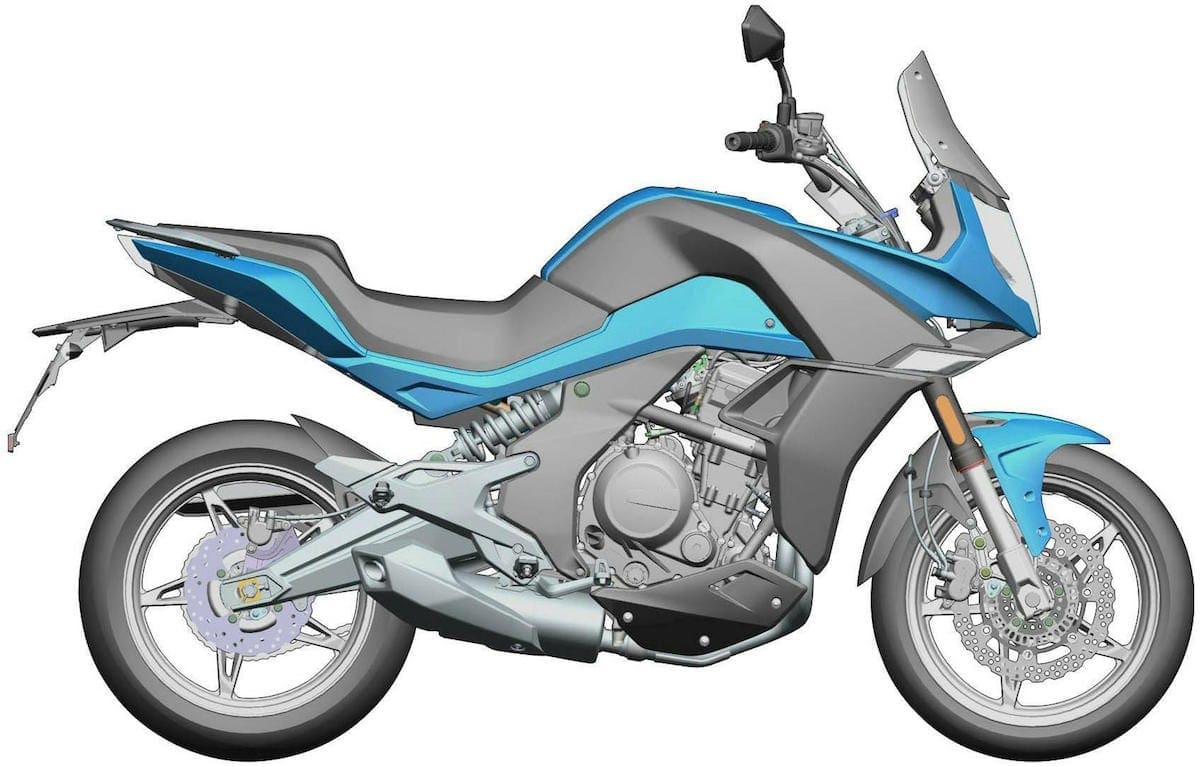 The engine is a parallel twin, very much like the Kawasaki ER6, and the looks are not a million miles from the same company’s Versys. The design of the Chinese bike is quite refined overall, not too dissimilar to many European and Japanese bikes. This is probably largely because Kiska (who’s been working for KTM) is behind the looks.

The new bike will join the CFMoto line up next to the naked 650NK and the touring-oriented TK model.