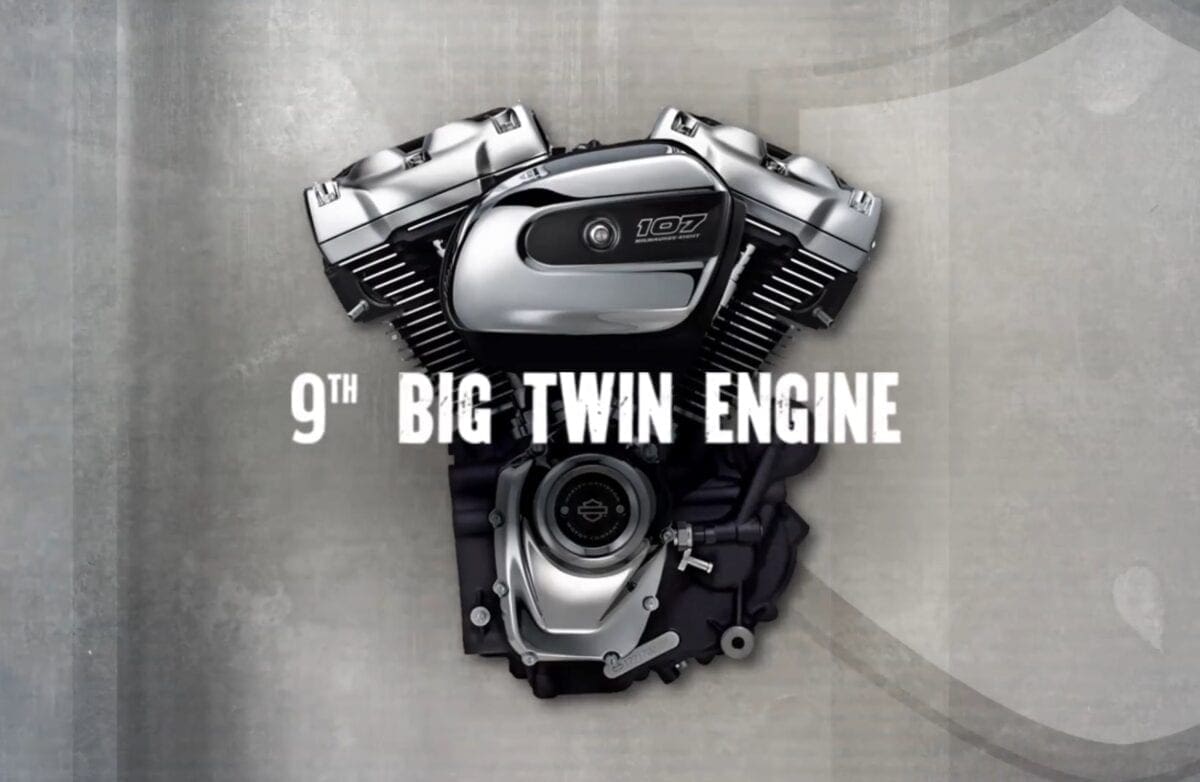 Harley-Davidson has just unveiled its ninth big twin engine in the history of the company – the ‘Milwaukee-Eight’. The name comes from the fact that the 107ci (1745cc), 45-degree V-twin engine has four valves per head. There are also two spark plugs per cylinder, heat management has been improved, and H-D claim that the new engine has much better vibration characteristics with an added balancer. Development has taken 15-18 months, and now the engine is ready for Harley’s touring bikes.

And it gets better! Harley is moving away from the basic air-cooled engines with two versions of the new engine: an oil-cooled version, and a water-cooled option. The engine retains the classic air-cooled look, but theres technology behind the scenes to help manage heat better.

One of the things that H-D wanted to achieve with this engine was a refined sound. Mechanical noise is quieter than before, so the exhaust note comes through louder. They also concentrated on improving acceleration, and according to Michael Upp, Program Manager at Harley-Davidson, compared to the old engine there is a two to three bike lengths difference in accelerating from 0 to 60mph, and still two bike lengths from 60 to 80mph.

Harley doesn’t like to give out power figures, but claim to have increased peak torque by 10%, improved intake and exhaust flow by 50%, and even managed to make the engine up to 11% more fuel efficient.

Here are two videos that tell the whole story: