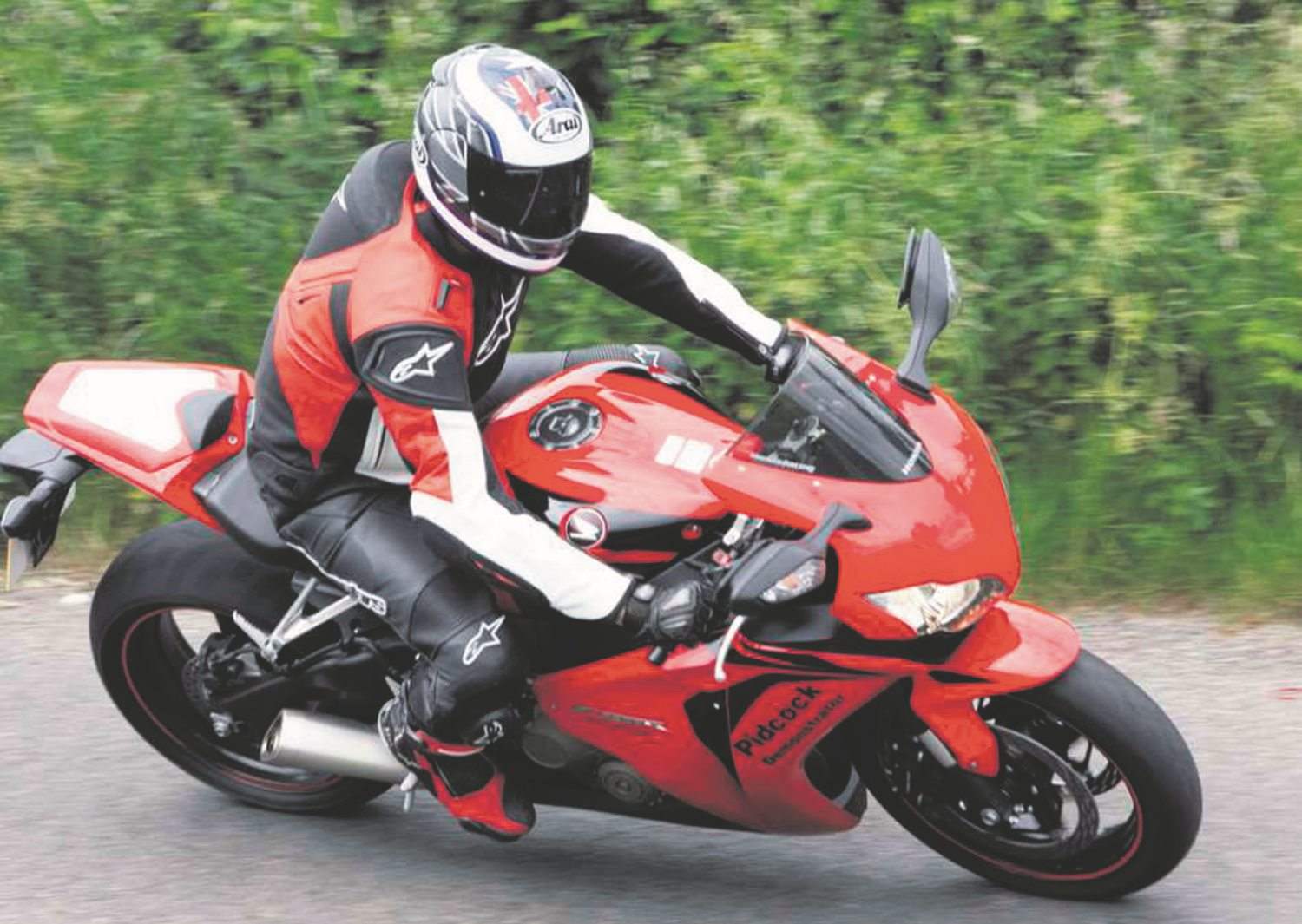 Since 1992 the mighty Honda Fireblade has etched its name into the subconscious of many a bike rider and had countless racing successes around the world. For less than the price of a family hatchback us mere mortals can buy a bike that is very similar to the machine used by John McGuinness to win a hard-fought battle at this year’s Isle of Man TT. 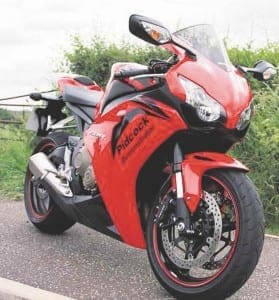 The original bad ass Blade has matured with age (some may say into just another mild mannered sports bike, as opposed to the aggressive machine we first knew and loved) but there’s no mistaking the fact that the 2008 Fireblade is still an awe-inspiring bike, both in looks and performance.

Styling on the new CBR1000RR Fireblade was done by the makers of Marmite and whether you love it or hate it is down to personal choice but I thought the ‘Winning Red’ Pidcock Honda demo bike we tested looked fantastic. The bike was fitted with a few tasteful extras including the single seat cowl, gel seat, double bubble screen and a sticker kit.

When I was a kid Wagon Wheels were as big as a dustbin lid and 1000cc sportsbikes were massive heavy things only ridden by ‘proper’ blokes. These days the marshmallow filled treats are the size of a digestive biscuit and 180bhp sportsbikes like this one can be handled by my granny. The focus on shrinking and losing weight has certainly helped motorcycle design and the Blade feels much lighter and more agile than a 600 did a few years ago but it’s still surprisingly roomy in the saddle. The benefit of weight loss and the emphasis on mass centralisation has paid dividends for the rider, after all who wants to struggle to shift a huge and ungainly bike when something as compact, well engineered and athletic as this can do a much better job? 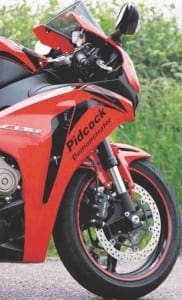 For a company as big and experienced as Honda a smooth transmission should be perfectly easy to build but the gearbox is still a bit too clunky for my liking. Gears do select first time (with a positive clunk) but expect a few bashed helmets if you take a pillion. One big improvement over the old model is the addition of a slipper clutch, just as important on the road as they are on a track in my opinion and they really do work well and virtually eliminate the annoying and potentially dangerous wheel hopping on vigorous downshifts whilst riding hard. Honda weren’t content to just stick an ordinary slipper clutch in though so they’ve developed the ‘Honda assist slipper clutch’, which is said to engage faster than the competition and lead to better feel.

The new Blade also features Honda’s second generation steering damper, which is more compact than the old design and is also hidden beneath the tank, it works so well that you wouldn’t even know it had one. In the ongoing quest to reduce weight a new 1kg lighter battery has also been used, although the bike felt like it was a bit reluctant to start on the button, so I’m not too sure how it’d cope with a harsh winter. To be honest there’s not much left of the old Fireblade, it’s been given a new chassis, lighter wheels, an underslung exhaust (to replace the bum warmer), a new swinging arm and improved brakes with radial monoblock calipers up front. Of course the engine has had quite a bit of work too, it’s now got a larger bore and shorter stroke, new forged pistons, cylinder head… The list is impressive and far too long to give you the full spec here. 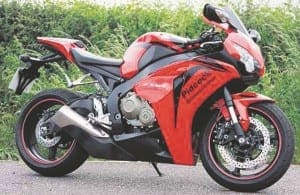 It always takes me a few miles to feel at home on sportsbikes but it didn’t take me too long to get my head around the Fireblade and within a few miles I was loving the new bike and its comfortable riding position.

With 999.8cc and 180bhp to play with you don’t need me to tell you that the Honda is blisteringly fast, I’m sure MCM readers are intelligent enough to work that out for themselves but the way in which this bike handles speed is worth mentioning. I found myself looking at the clocks to see if the display had somehow switched to kph instead of mph! The bike is so silky smooth speed can be very deceptive. A slight racing crouch is all it needs to turn high speed into near tranquil silence, the turbulence passes harmlessly overhead and wouldn’t ruffle a feather, so refined are the aerodynamics. The bike is so settled and easy to ride at speed that a licence could be lost without ever leaving first gear. Seamless performance, breathtaking acceleration (in any gear) and fantastic handling, braking and steering make every ride far too short. One thing I did like on the Honda was the fact that you can burble through villages in top gear at 30mph with less than 2000rpm on the rev counter and the bike will still pull away cleanly if you twist the throttle, so it’s as user friendly in town as it is on a track or through the twisties.

The Fireblade won me over on a fast 150-mile ride to the office. The bike was comfortable enough for me not to need to have a stretch after swallowing a tankful of fuel (116 miles till the light comes on and an impressive 44.5mpg) and when I reluctantly reached the final couple of miles near to home I ended up doing a few extra laps of a popular local roundabout section, just because I wanted to savour the moment and prolong the time until I was forced to hand the bike back.

The 2008 Fireblade may be miles away from its 1992 ancestor in looks, performance and attitude but if that’s evolution I’m glad the dinosaurs are extinct. I suggest you book yourself a test ride at your nearest Honda dealer. 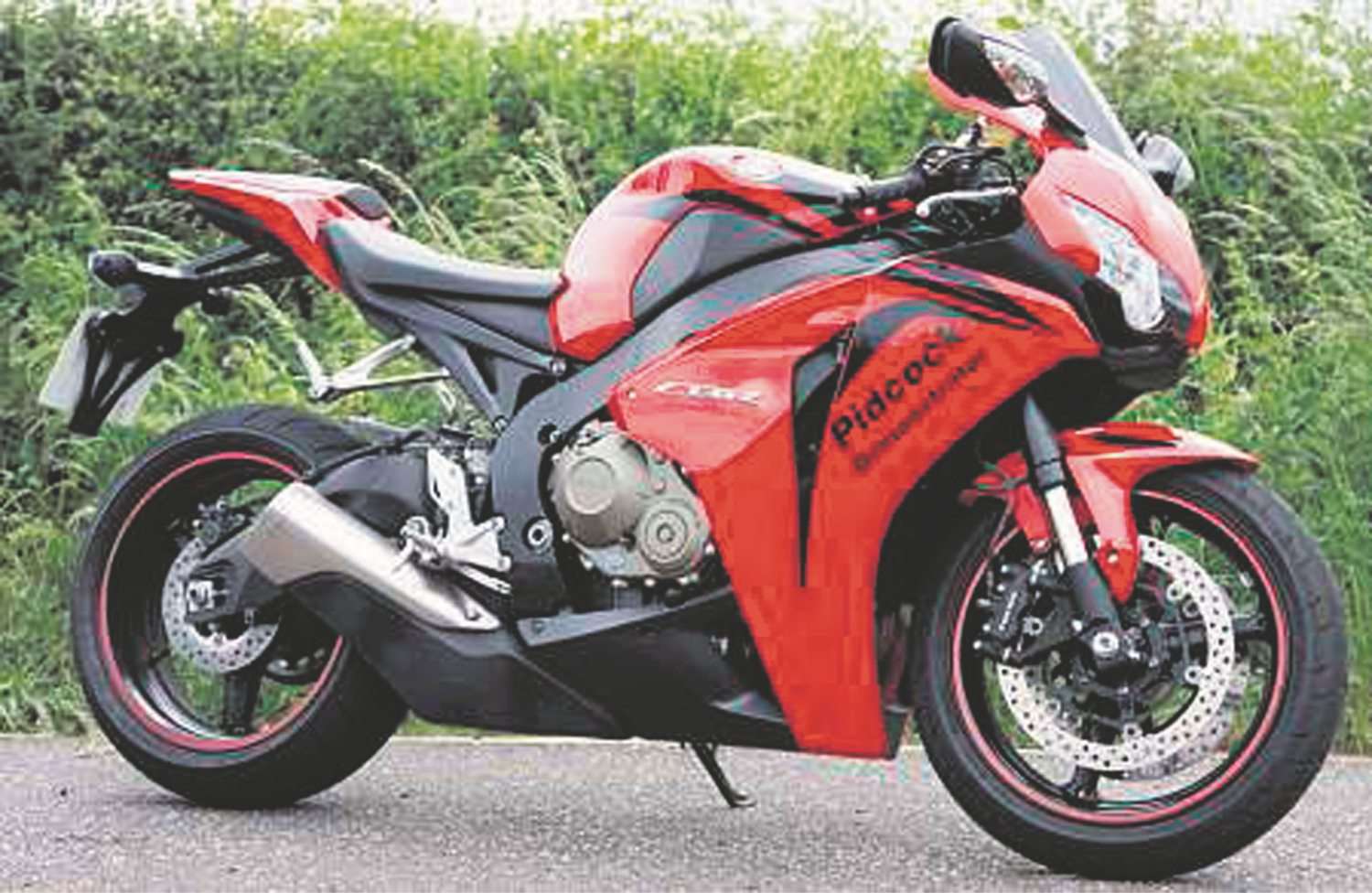