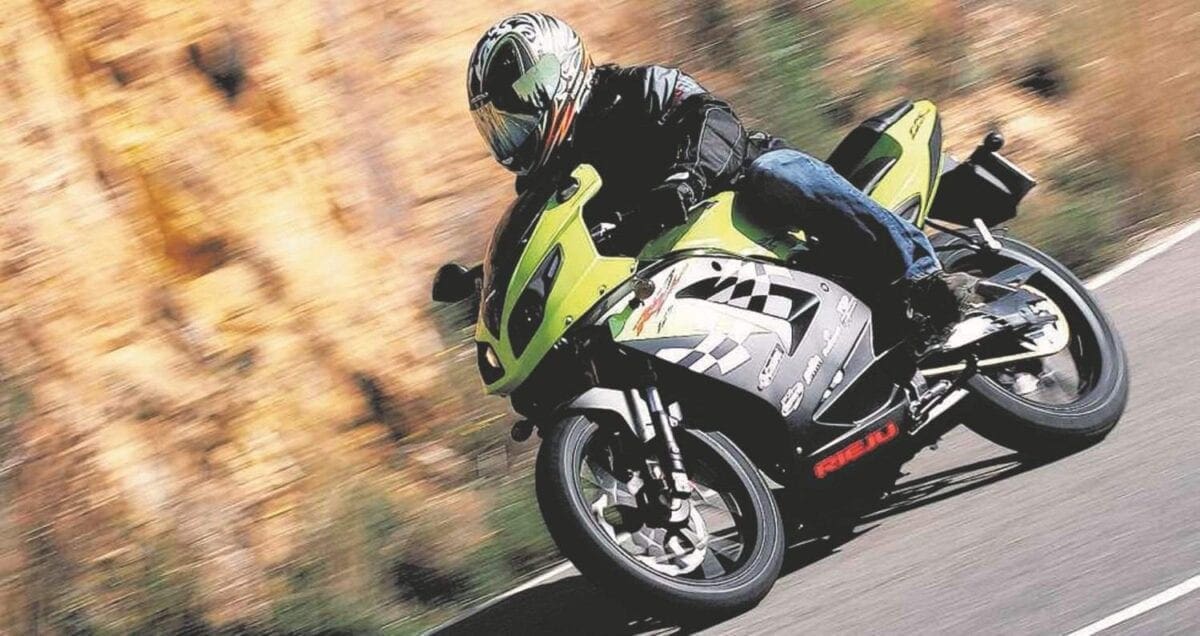 Razzing around on a 125 is still great fun, no matter how old you are and it reminded me of just how much fun and freedom two wheels gave me as a teenager.

Is it me or are our young bikers spoilt for choice these days? When I was on ‘L’ plates at the end of the 1980s the most sought after learner bikes were the peaky little two-stroke RG125 Gamma or the relatively puny looking but very popular RD125 LC, Honda also had their sporty NS125F. Quick machines but, arguably, without the looks and equipment of today’s crop of 125cc race reps.

Fast forward 20 years (and many bikes later) and sadly the screaming two-stroke engine is almost a distant memory, remembered with hazy fondness by any who followed its Bisto like sweet synthetic scent. Most Modern Euro compliant bikes run clean burning but ever so boring four-stroke engines. Their exhausts muffled, and guts strangled to keep the eco lobby happy, damn their meddling. All is not black though because if they can’t make 125cc bikes with rev hungry two-stroke engines they’ll design their bikes to look quick and trick instead. 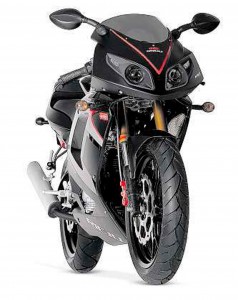 The Rieju RS2 125 Pro fits nicely into this category. This latest machine from Girona looks great with its decent sized full fairing, which masks its small single cylinder engine. The air-cooled four-stroke Yamaha derived lump can’t be described as powerful but it will still hit 70mph on its pretty looking digital dash, especially when you’re lying flat on the tank!

Built in the factory in Spain and with a price tag of less than £2200 the bike still features quality components, such as the 36mm Showa upside down forks and a rear mono shock with remote reservoir, it also has a decent set of 17in Pirelli tyres and Galfer wavy discs front and rear. The bike certainly looks the part with its mean styling but how does it ride?

The air cooled, carb fed engine soon settles into a steady tickover after pressing the electric start and it sounds fairly quiet through the stainless steel exhaust. A prod of the lever snicks the bike into first and you’re off, maybe not in a shower of gravel produced by the rear tyre harnessing the bike’s power but the Rieju is no slouch either.

Gear selection was the only thing that I felt let our test bike down, it took more foot movement than usual to select a gear and occasionally I had to lift my heel off the peg to shift up, perhaps the fresh from the crate test bike may have needed some slight adjustment? That minor niggle aside the five ratios were well spaced and suited the engine, which would spin up to the 10,000rpm redline quite easily in the lower gears. My maximum speed was the teenagers’ favourite (but hardly ever experienced) 69, as verified by the max speed function on the clock.

The profile on the Pirelli tyres took a bit of getting used to after hopping off a Dunlop shod Fireblade but once dialled in I was happy to throw the 109.5kg machine around like a newly qualified rider throws his torn up ‘L’ plates into the air. Riding around the twisty lanes of rural Lincolnshire the bike handled as well as any other learner legal 125cc I’ve ridden. The front two pot disc is a powerful brake, with more than enough bite to stop this bike in its tracks, or to outbrake your mates into a favourite local roundabout in a desperate bid to beat them to the chippy!

Razzing around on a 125 is still great fun, no matter how old you are and it reminded me of just how much fun and freedom two wheels gave me as a teenager. With our ever milder climate and the price of petrol getting to ridiculous levels it’s about time the British population discovered the joys of two wheels…

If I was a youngster on a budget then the Rieju would certainly be worth looking at, it may not be quite as well polished as a Yamaha or Aprilia for instance but the price reflects that without compromising too much. The sports 125 class is getting more attractive all the time and you can pay up to £2999 for the drop dead gorgeous Yamaha YZF-R125 but take into consideration the sad fact that most 125cc bikes are traded in once the horrible call of four wheels beckons and you’ll realise you can save yourself a few quid and still look cool for almost a grand less.

This Spanish beauty isn’t a bad little package and if you buy before the end of July you’ll save £200 with Rieju’s summer promotion, so the bike will cost you just £2199 on the road. Use the saving to book your bike training and make bike riding a lifelong love affair, not just a mode of transport until you can afford a car. 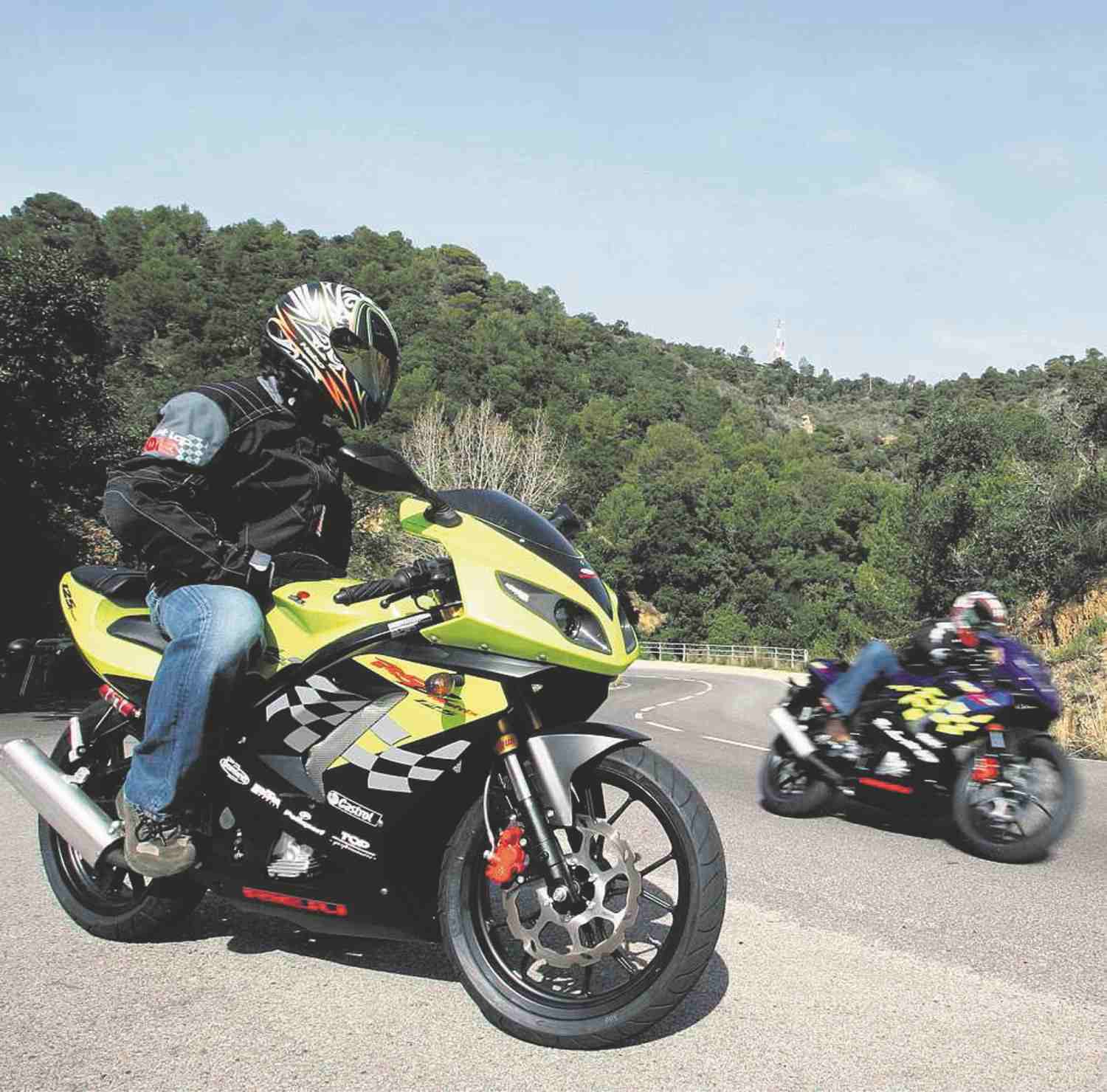