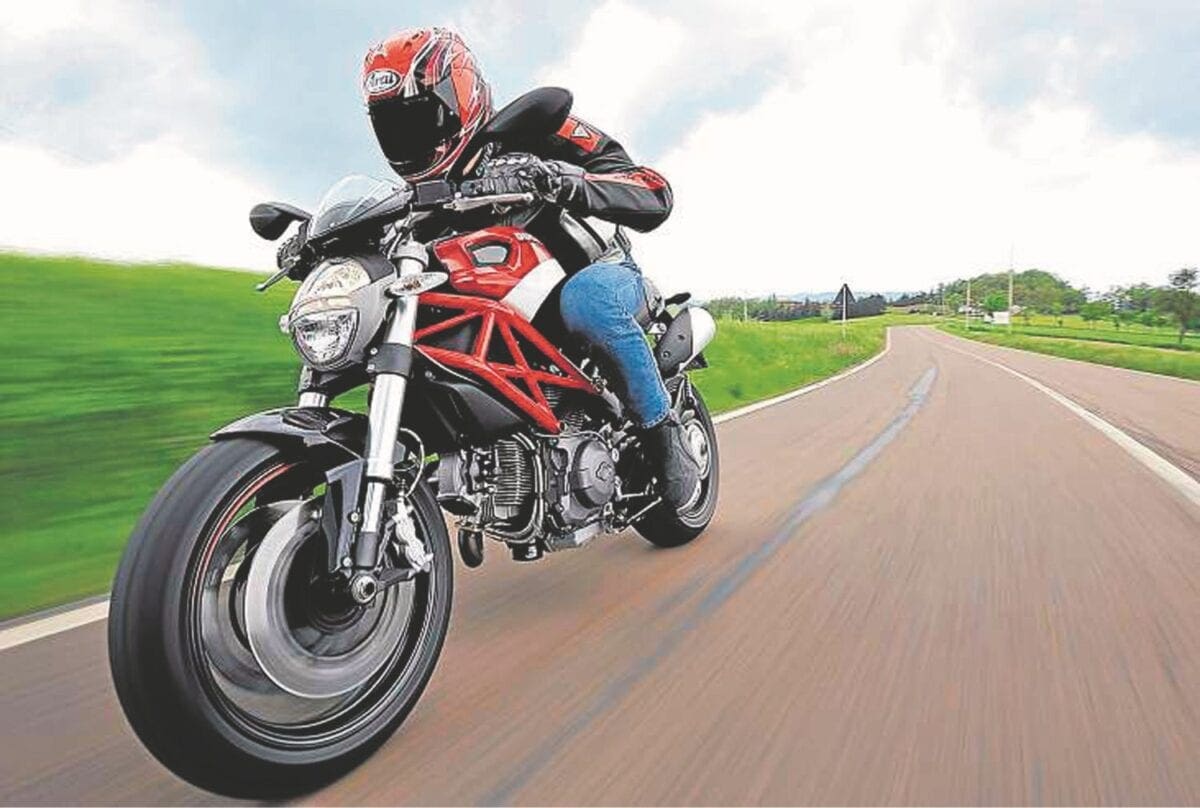 Great midrange grunt, handling and style: the new Monster is a wallet-friendly middleweight

The dreaded Icelandic volcano ash cloud unfortunately disrupted Ducati’s original Monster 796 launch, preventing much of the UK press from getting over to Bologna in Italy in recent weeks.

As I waited with everything crossed at the airport for the rearranged test, I started to wonder if a launch was really needed for the new mid-sized Monster? After all, the 796 is basically a blend of Ducati’s existing Monster 1100 and the Hypermotard 796. Its 803cc V-twin engine is unchanged from Hypermotard spec, and its chassis is virtually identical to that of the bigger Monster. Surely it was pretty obvious what the Monster 796 would be like to ride…? 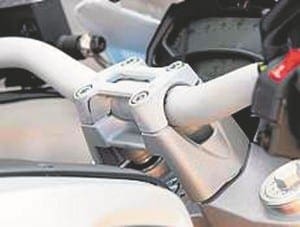 So was it really that simple?

Not quite, as I eventually discovered on arriving in Bologna for the delayed test ride. For one thing, the Monster 796 incorporates some new details, starting with a handlebar that is set higher due to new 20mm raisers. The new bike’s seat height is 800mm, which is 30mm higher than the 696’s perch but 10mm lower than the 1100’s.

In other respects the Monster 796 follows the bigger model, because Ducati has given it a slightly more upmarket image than the 696, which remains the entry-level machine. So the 796 shares its big brother’s red frame and single-sided swingarm, and also has the wider 17-inch wheels (complete with partial red rim tape), and Pirelli Diablo Rosso tyres, rather than the smaller model’s narrower Angel ST rubber. 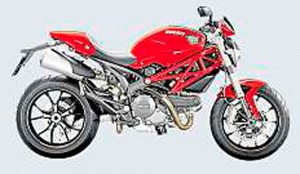 What about the engine?

Almost immediately after setting out from the factory, it was obvious that the extra grunt is the 796’s biggest advantage over its smaller sibling. When I tweaked the throttle at anything above 3000rpm the bike leapt forward, growling in suitably Monster-like fashion. It was notably quicker and more entertaining than the 696, which feels pretty flat below 6000rpm.

The new bike was also easier to ride, as it didn’t need so much stirring of the six-speed box. Straight-line performance was otherwise similar to that of both the smaller Monster and the 796 Hypermotard.

The Monster 796 rumbled along smoothly at about 80mph, with the flyscreen doing more for the looks than wind protection. Top speed would be about 130mph, but not for long… 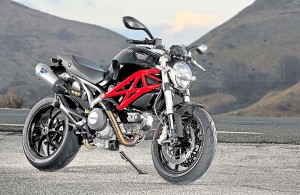 The 796 was at home when we got up into the hills near Bologna, as you’d expect given its pedigree and light weight of just 167kg dry. Steering was precise and neutral, helped by the wide bars. Suspension spec is identical to the smaller Monsters, with non-adjustable 43mm upside down Showa forks plus a Sachs shock that can be set for preload and rebound damping. Both ends were firm and well damped, and the sticky Diablo Rosso tyres helped make the 796 great fun on the twisty roads.

I wasn’t quite so impressed by the Monster on potholed streets in town. Despite that slightly higher handlebar it felt a little harsh; more so than I recall from the Monster 1100 with its more sophisticated front end. Braking was impeccable, though. Brembo’s radial four-piston calipers gave powerful stopping, and the optional ABS earned its keep when a downpour soaked the road. I’d pay the £700 extra every time. 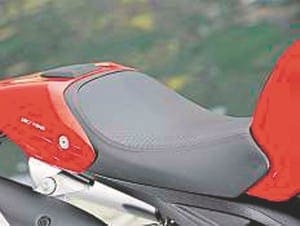 Is this Monster worth it?

That price rises if you want to liven up the bike via Ducati’s latest custom paint craze, Logomania. As before, the Monster’s plastic parts – flyscreen, tank panels, front mudguard and seat cover – can be swapped for new ones in a choice of colours. This year there are seven new multi-coloured designs, most of them retro themes with names such as Pantah, IoM78, Sport 100 and Darmah. The test bike’s classy red/white/black is called Corse (Italian for race).

The Logomania body kits (which also fit the 696 and 1100) cost between £449 and £649. Better value is to buy a Monster 796 with a Logomania colour scheme already fitted, which raises the price to a max of £7295. And with decent 7500-mile service intervals, that’s good value for a quick, sweethandling Monster with a flexible motor and a classy look. 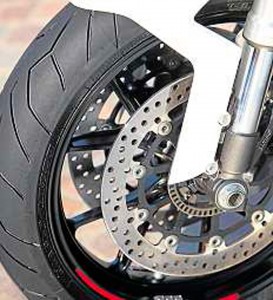