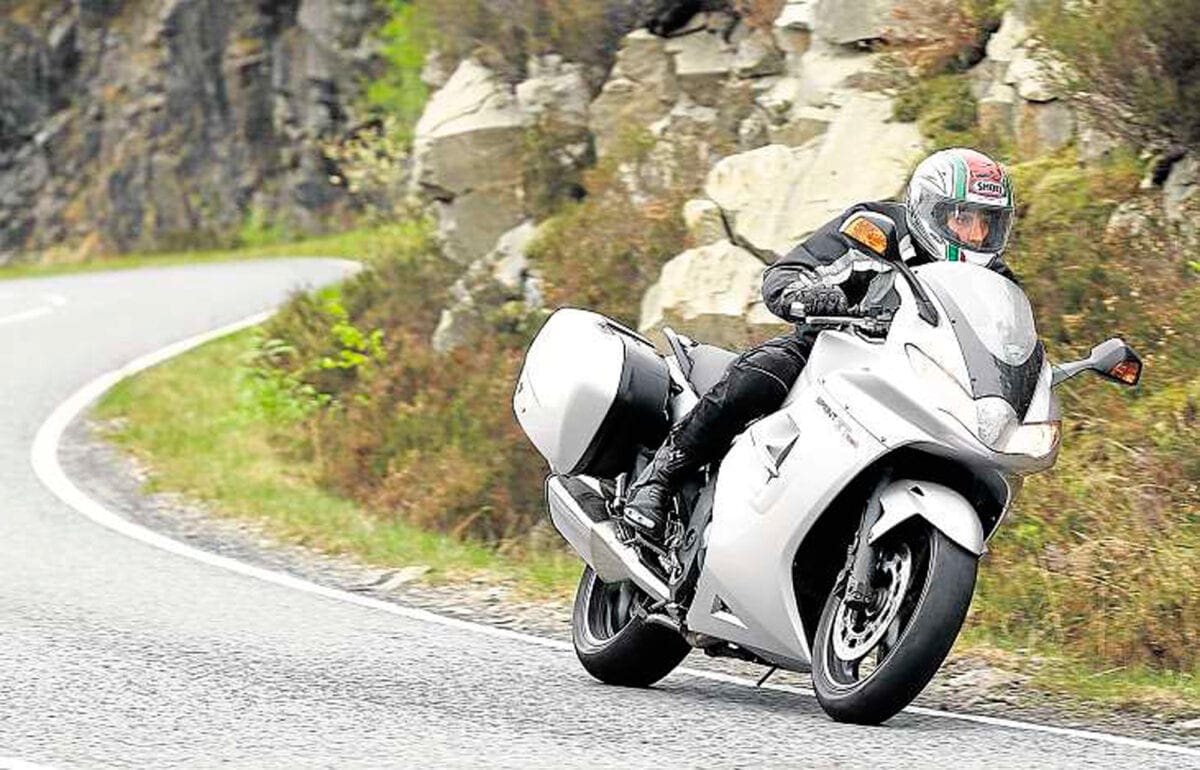 Sports-tourers beware: Triumph’s new Sprint GT is set to be one of the best value big tourers out there

With more power and torque than the popular and competent ST, the new GT benefits from changes that should transform it into Triumph’s flagship mile-muncher, including and panniers as standard. 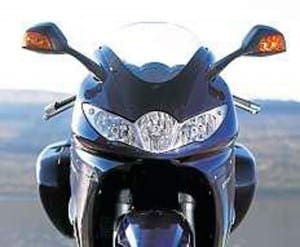 First impressions count and the Sprint GT’s looks suggest purpose built tourer. Not as radical as Honda’s VFR1200, but some would say that’s a good thing. The Triumph’s a touring bike first, sportbike second.

Nothing looks out of place, not even the huge 31-litre panniers. The low-slung exhaust not only gives the bike more power than the Sprint ST’s underseat pipes, but also helps to disguise the enormous 1537mm wheelbase created by the new80mm longer swingarm.

Aboard the bike, everything fits my 5ft 10in frame comfortably. The footpegs are low, the handlebars a relaxing arm’s reach away and the big double seat feels very comfortable, with a friendly 815mm seat height.

The half-analogue, half-digital three section clocks complement the bike nicely, although the digits on the analogue speedo would benefit from slightly bigger numbers as they’re slightly fiddly to read first-off. 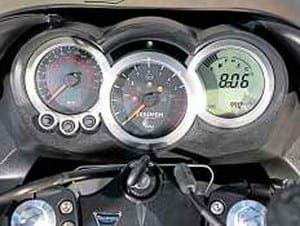 The GT utilises a few parts from the old ST, such as the frame, but much of it has changed. It gains a revised Showa front end, plus an all-new Showa rear shock complete with remote preload adjuster.

It also features ABS brakes as standard, a lighter rear wheel (one kg less than last year’s Sprint), plus lighter front discs, along with a new internal mirror mounting system and revised centrestand.

The GT’s also got a different rear subframe and the pillion seat section is now lower, with matching low-pillion footpegs and a rear rack that incorporates decent grabrails. There are also convenient storage spaces both under the seat and in the cockpit area. All these changes add up to make life on the road more easy-going than before. 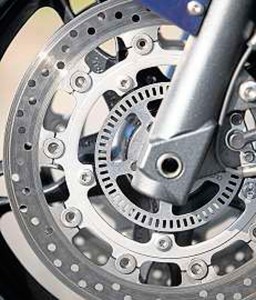 Time to hit the Highlands and the GT seems to have been built for these rugged roads. This bike devours corners with grace and stability and I have to pinch myself every now and again to remember I’m riding a 268kg motorcycle with a huge 1537mm wheelbase. It’s only in slower corners and low-speed manoeuvres where I notice the weight, but overall Triumph has managed the GT’s geometry / wheelbase balance cleverly to make it work. The bike is extremely flickable and touches of sportiness are evident when tackling successions of fast sweepers.

The suspension copes well with potholed roads, giving fantastic feedback at all times. The Bridgestone BT021 tyres complement the package further, giving predictable cornering with their gently rounded profiles. They’re also quick to warm- up and work well in the wet (which it was sadly most of the time I spent in Scotland).

Another key strength of the GT is the bike’s braking performance. For me, the front brake lever needs a little more adjustment range, but the twin 320mm discs and four-pot Nissin calipers more than made up for my slight discomfort. The ABS system is one of the smoothest and most sophisticated I’ve ever come across. It’s possible to brake hard and confidently in the wettest of conditions, never once worrying about locking a wheel. 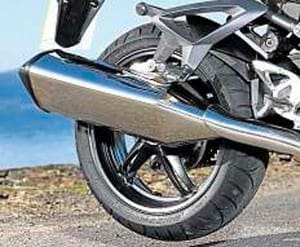 What about the engine?

The donor ST torquey inline-triple motor predictably adds so much joy to the whole GT experience. Like most Triumph power plants, the engine allows you to be lazy with your gearbox and it’s surprising how low you can let your revs drop and still come blasting out of corners.

New throttle bodies, an engine remap and the longer flowing exhaust system have boosted the existing Sprint ST motor by 5bhp, so up to 130bhp with more power and torque in the midrange too.

This means you can short-shift up the box to the 7% taller sixth gear and sit in a comfortable area of the revrange, cruising all day at speeds of 70-90mph. The gearbox itself is very smooth and the fuel injection is equally good. There’s no glitches in the delivery, which means a predictable ride and easy overtaking. By the time we’d completed the 350 or so miles, I felt more than capable of tackling the same again.

Bikes don’t get much more practical than this. It’s comfortable, fast and capable of carrying plenty of luggage over big distances. Great fuel economy means you can get over 200 miles out of a tank of petrol and thanks to the protection and effectiveness of the bike’s standard screen and fairing panels, you don’t feel like you’ve been run over by a lorry at the end of your ride.

The whole package amazed me throughout my mini-adventure. The looks. The performance. The handling. The price tag is just as impressive, at £9499 OTR. If you’re looking for a real-world, value for money, premium-feel big tourer, the GT’s for you.