Electric bikes are our future! 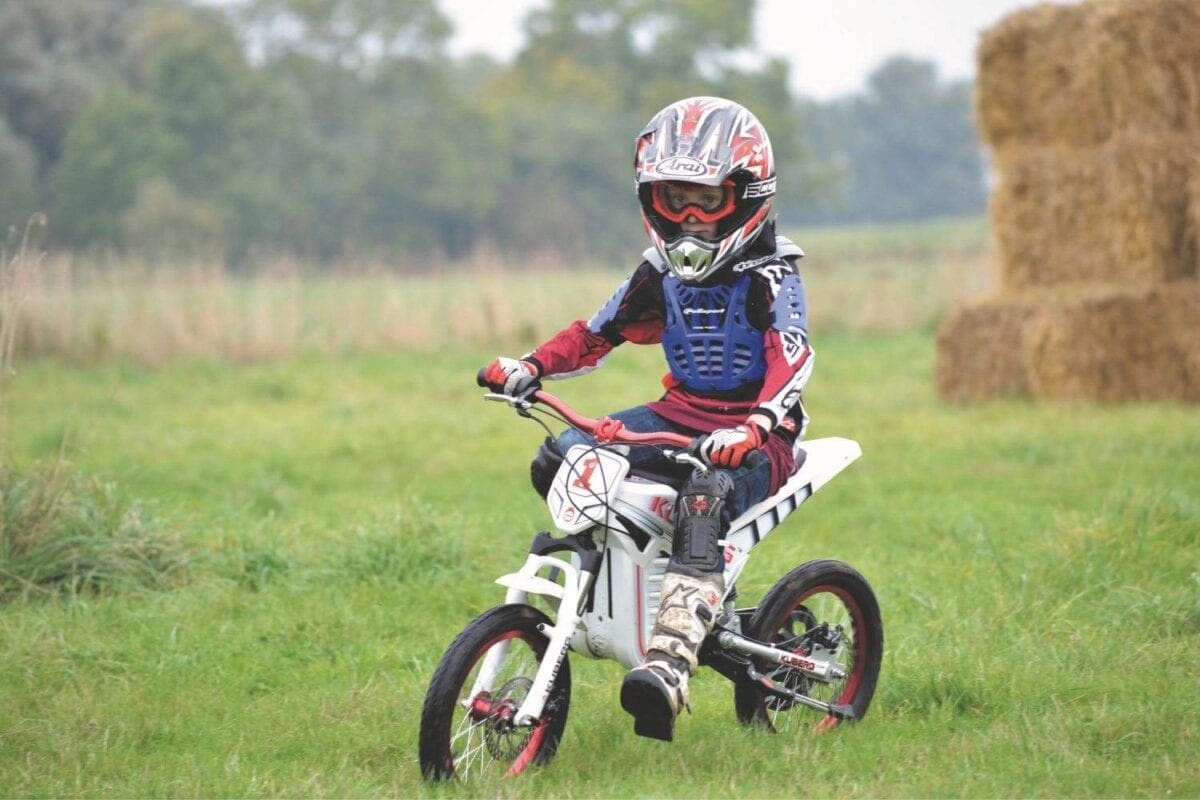 A new breed of electric-powered off-road bikes are changing the way youngsters are getting into motorcycling, says Marc Potter.

For the first time ever, electric-powered off-road bikes are now a truly viable alternative to petrol power, with firms like Kuberg, OSET and Mecatechno coming into the UK and lighting the imaginations of children and adults.
It’s still a small market, but it’s one that is slowly changing the face of motorcycling in the UK and allows kids and parents to get into riding bikes for around £1000 or less. 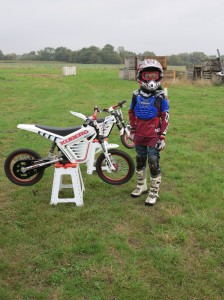 But it’s not just the price which is driving this new breed, there are lots of positives with small off-road electric bikes over more traditional petrol-powered bikes.
For instance, you never have to worry about hot engine parts with little children, the bike’s power can be adjusted from a sedate walking pace to flat-out by the flick of a switch or screwdriver, and gone are the days of leaking fuel in the back of your car when taking it to a track. Manufacturers claim most electric motorcycles can be put upside down in the back of a car with no leakages. Perhaps the biggest advantage is there’s no noise pollution.

Ben Matthews from Harglo, Kuberg’s UK importer, sees electric bikes as the future for young riders, he said: “We sold thousands of petrol engined junior motorcycles in the 1990’s but times have changed. Noise is the biggest issue and because electric bikes are silent they won’t disturb parents, pets or neighbours.

He added: “They’re also virtually maintenance free, which means they’re always in a rideable condition, and because power delivery is linear and predictable, kids quickly get the hang of riding a powered two wheeler. They’re hassle free for both parents and children, and that’s a big attraction.” 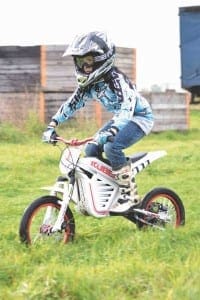 Kuberg recently chose to launch a range of new children’s bikes and invited MCM to try them out for size. We sent along our two intrepid reporters, nine-year-old twins, Max Potter and Finlay Potter, who rode the new £1095 Kuberg Trial E, and the £100 more expensive MX-styled Cross. Both boys have experience of a range of petrol-powered motorcycles, and previously owned an OSET 16.0 electric trials bike. Lots of children at the Kuberg day had never ridden a motorcycle before, but with a bit of tuition, jumped on the entry-level Start (£750) and went home later that day as fully-fledged ‘motorcyclists.’

The Trial E is designed for riders between 5 and 10 years old. It comes with a 750W, 36V motor which has more than enough grunt to tackle rocks and climbs. There’s no clutch to get used to, no gears to mess around with, just turn them on and twist and go.
All the Kubergs we tested certainly have decent acceleration, look the part, are more than up to small jumps, and come complete with good quality brakes and suspension similar to the kit on a mountain bike.

After his ride, Max said: “It’s really fast and easy to ride. I could do big jumps on it and the brakes and suspension felt really good.”

Finlay said: “I love my OSET but really got on with the Kuberg straight away, I think my OSET might have better suspension, but I’d be very pleased if I had one of these. Can we get one?”
All bikes arrive ready to ride and will run for about two hours before losing charge. If that’s not enough Kuberg told us extra packs are available for £15 per battery and take a few minutes to swap over. The START uses two batteries, and the others use three.
For more information visit www.harglo-performance.com/ 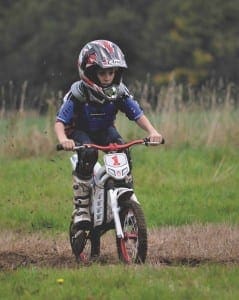 No dabs here – Fin on the Kuberg Trial E

WHERE CAN I USE THEM?

In theory, anywhere where you have permission to ride, from your back garden to a mate’s field. But if you fancy going to somewhere with like-minded kids (and adults) at the weekend, then head to a practice track near you.
In our experience, most MX tracks have a children’s practice area, or separate children’s track and charge between £15 and £20 to ride all day if you show up with your own bike.

Most practice tracks also require that proper full riding kit is worn, and we’d suggest buying the best kit you can afford, but you can always look at used kit if you’re struggling.

For motocross practice tracks at go to: www.totalmx.co.uk, and check out the new ‘E’ class for trials bikes at www.acu.org

Along with Kuberg, OSET and Mecatecno also offer a range of bikes starting from less than £800.

Marc and his family ran an OSET 16.0 for a year and once a decent pre-delivery inspection (PDI) had been done on the bike, were amazed that it required no more maintenance than a charge after every ride and a bit of chain lube.