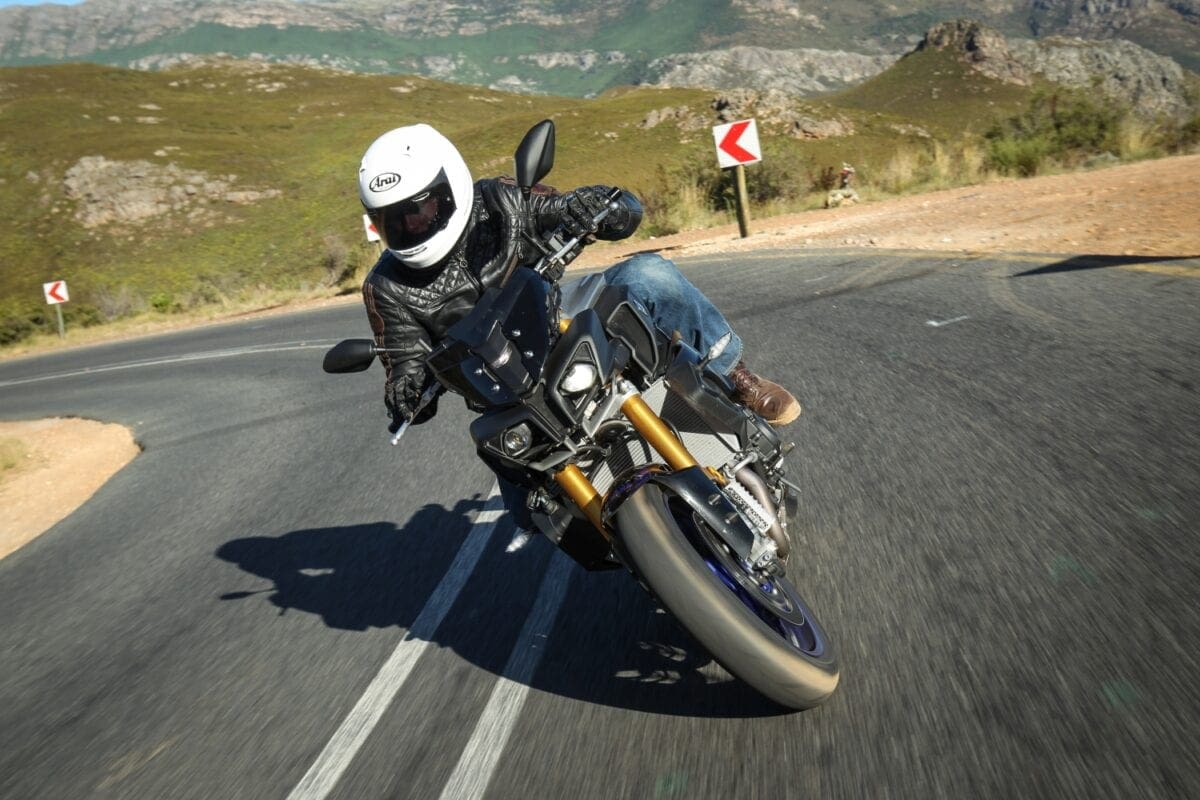 Yamaha’s MT-10 is a stunning machine. Launched last year, the company was keen to stress that it wasn’t ‘just’ an R1 with wide bars, though given the fact that it uses the hyper-sports bike’s frame, swingarm, suspension and headlights, not to mention many of the crossplane crank motor’s main parts, you’d be forgiven for thinking that the motorcycle’s huge success has been down to it being just that.

And what a success it’s been – in June and July of 2016, the MT-10 was the UK’s biggest selling powered two-wheeler, of any capacity. In August it was the biggest selling over 125cc, and in September it had sold out. 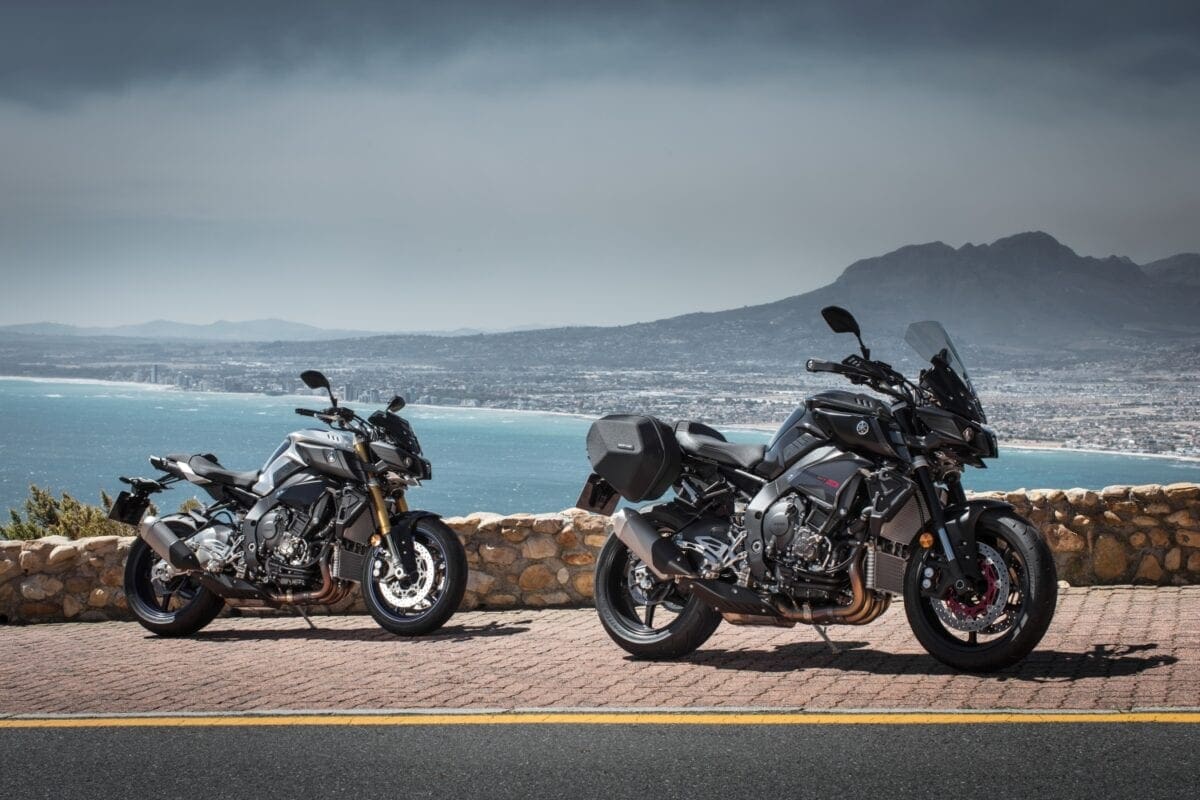 All three models use the same motor, which unlike the R1 that makes 197bhp @ 13,500rpm and 83lb-ft @ 11,500rpm, has single injector throttle bodies, a revised cylinder head, cams, pistons and valves, as well as steel con-rods to replace titanium, and a 40% heavier crank. It’s all about low-to-midrange delivery in the naked machine, which is also helped by a larger air-box and a revised exhaust system. The gearbox ratios are the same as the R1, but the rear sprocket is two teeth larger, at 43, for sharper acceleration. And easier wheelies if you’re interested, thanks in part to the shorter wheelbase… even with the traction control turned on. All three MT’s share the same excellent semi-monobloc calipers, despite different plugs in the bodies.

In the December 2016 issue of MSL we reviewed a standard MT-10 with touring accessories fitted. Our test (as well as one from MCN), which saw Bruce Wilson on a 1000 mile UK tour with his wife, was what Yamaha UK’s marketing manager told us was the reason for the new Tourer Edition’s launch. Panniers and frames, a comfort seat, knuckle guards, high screen and a universal sat-nav mount are all added to the bike by dealers, saving £183 plus fitting over the price of buying them separately. There’ll also be the offer of a half-price TomTom Rider 410 – around £175.

Like the standard machine, the Tourer Edition has an LCD dash, three levels (and off) of traction control, cruise control and three riding modes, all giving full power, but with progressively softer throttle response. A slip/assist clutch is fitted to all the bikes, making down-changes less likely to lock up the rear wheel, and giving a lighter feel to the cable-operated clutch. 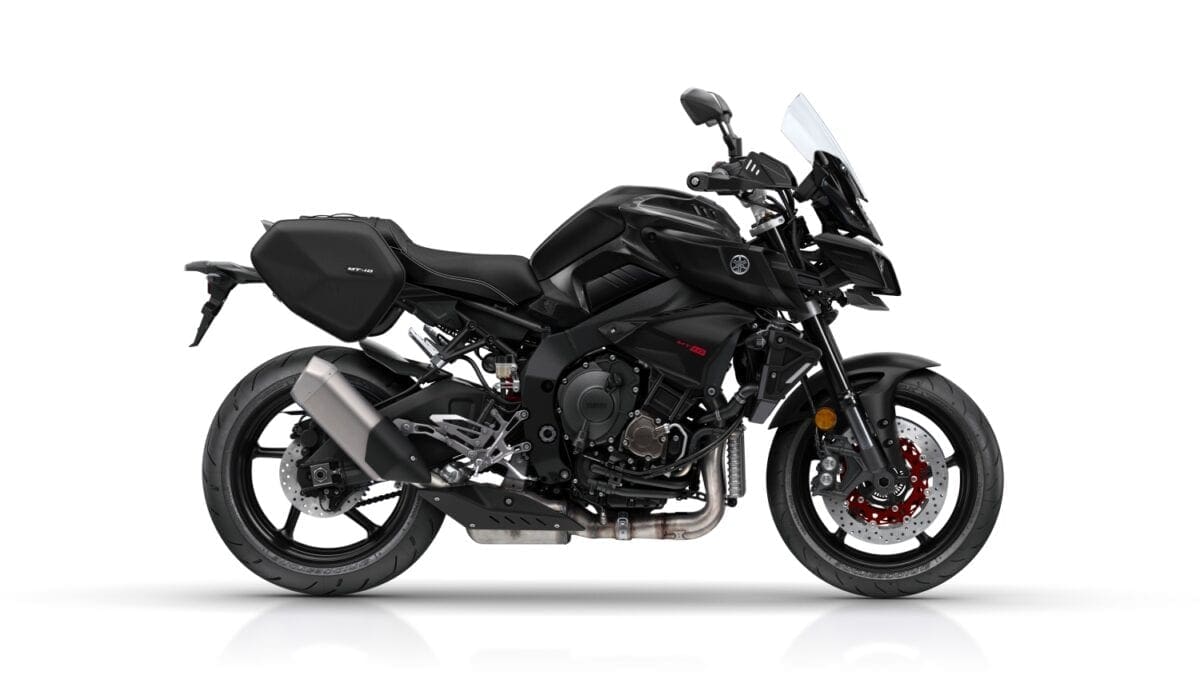 And then there’s the top-of-the-range SP model. A new TFT display echoes the R1’s dash, the new paint scheme matches the R1M, and fully adjustable Öhlins electronic suspension is fitted. Using the same main components as the R1M, different base settings are designed to suit road riding conditions, while a two-channel Inertial Measurement Unit (IMU) supports the Suspension Control Unit to analyse the bike’s pitch, speed and throttle position at 100Hz to give two automatic suspension modes – A1 and A2, the letter being the softer of the two, but both can be adjusted by a small degree for compression and rebound at the fork and shock. Three manual modes allow full control of damping front and rear, though these are unreactive, so it’s effectively traditional suspension with an electronic screwdriver. 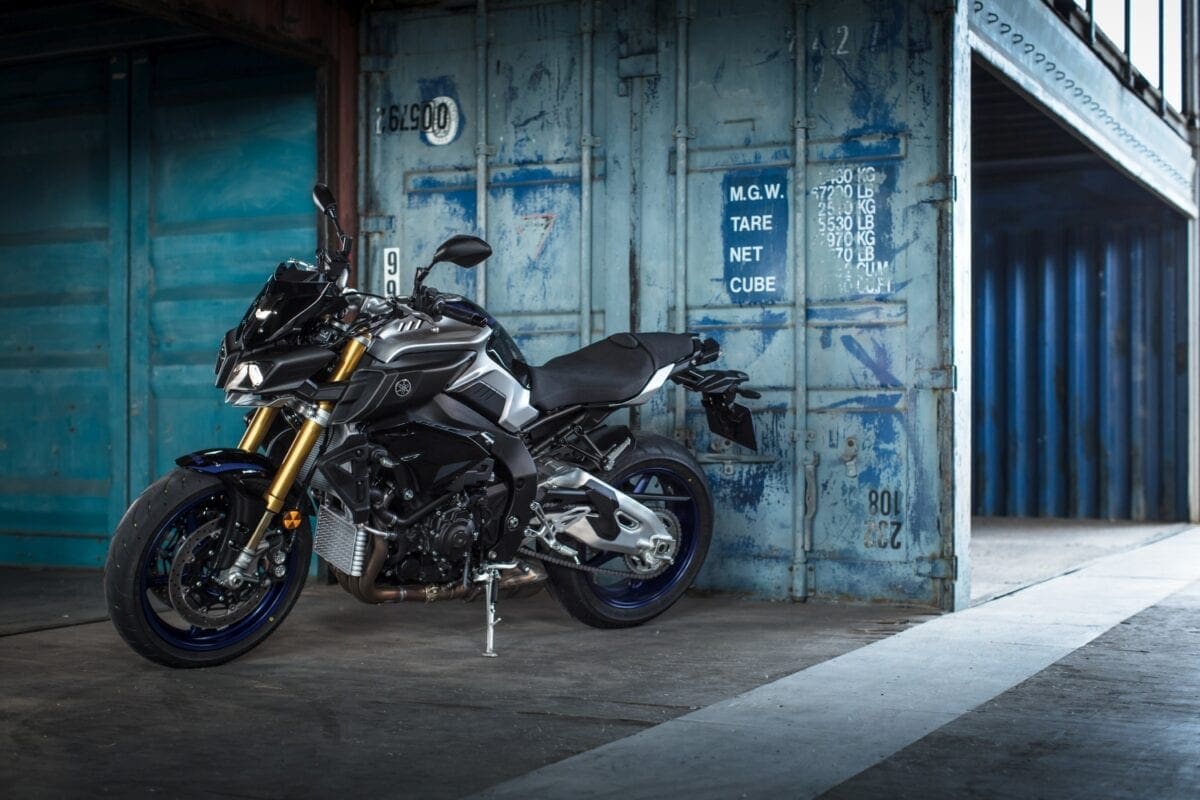 This bike doesn’t make any compromises. The power delivery, especially in the sportiest mode, gives arm-wrenching acceleration, and in the less intrusive traction control settings, constantly wants to lift the front wheel. Exciting is an understatement. 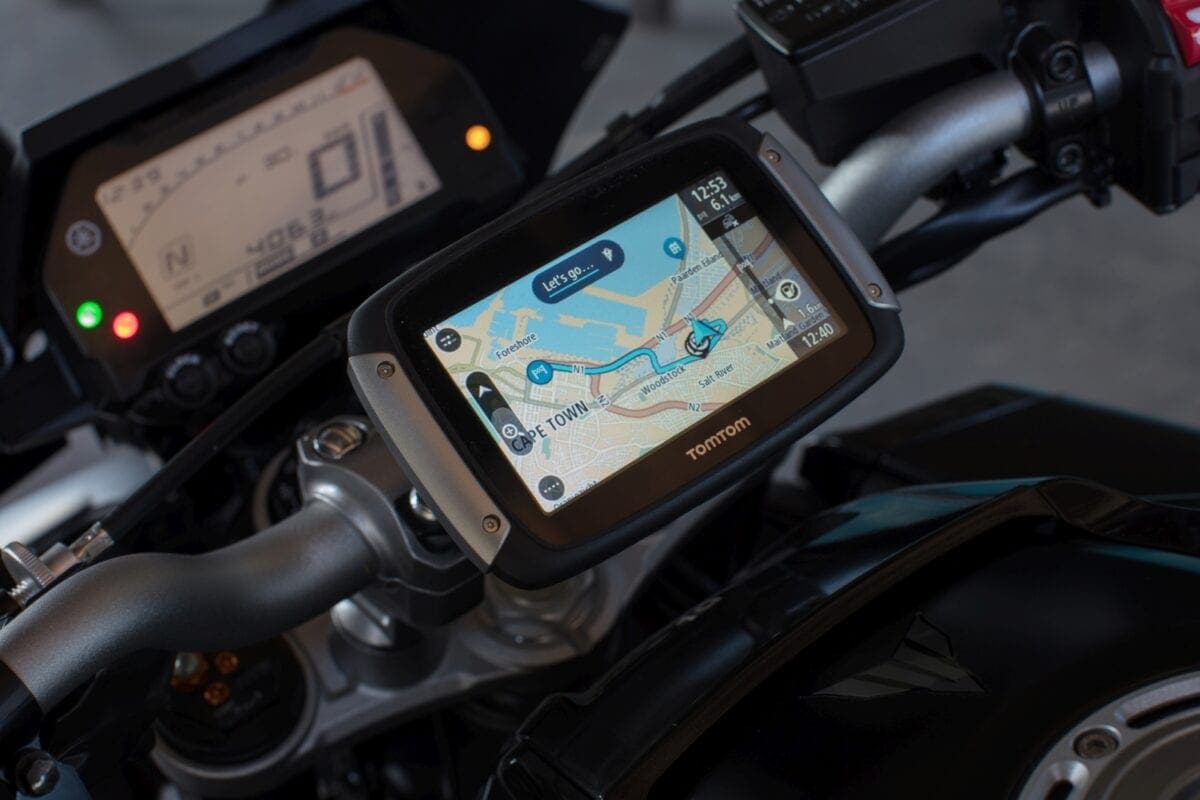 While all three riding modes deliver full peak power, the softest would be most suited to the rain, while mode two was my choice for the majority of our ride. It’s stunningly fast, but just took the sharp initial bite out of the throttle in mode one. The quickshifter is far more than a track gimmick – it makes for much smoother changes that your pillion would certainly thank you for (no more headbutting the back of your lid), and I soon realised that running in a higher gear also made for a less snatchy feel to the fuelling – the engine pulls in sixth as low as 50mph, so you can afford to be pretty lazy with the ’box. 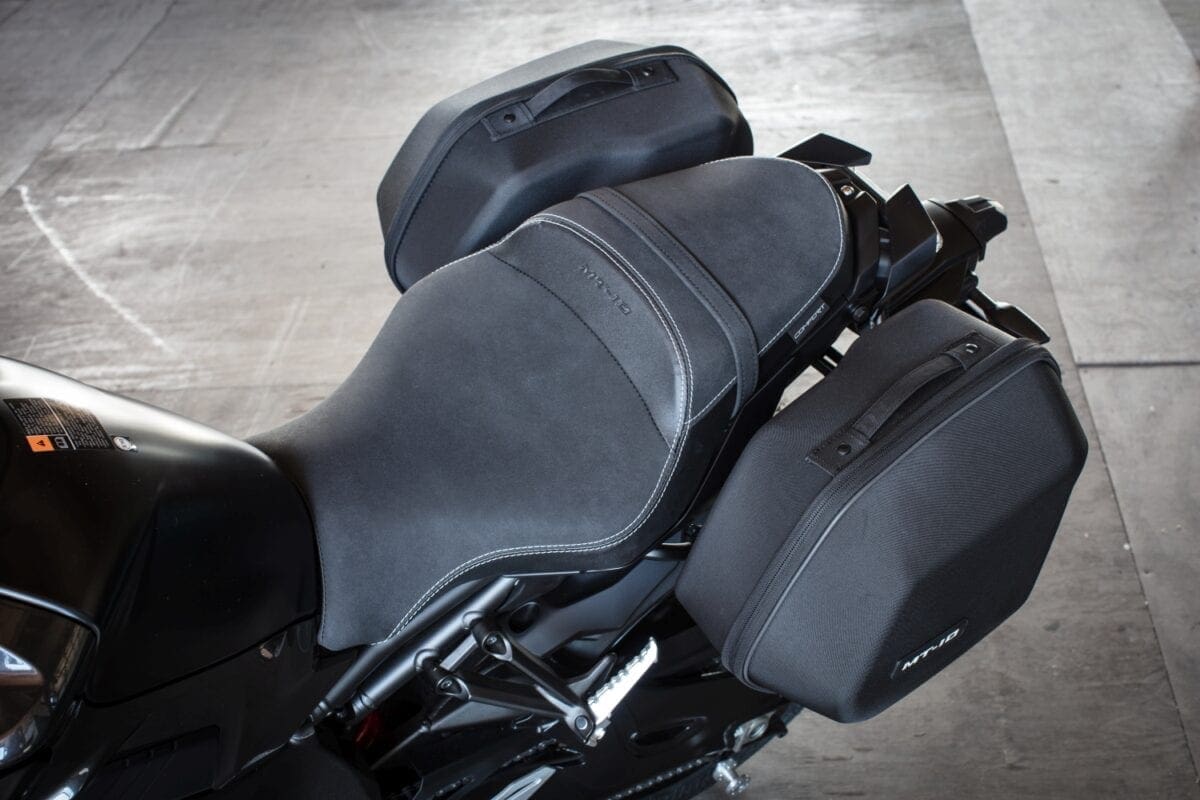 All that power makes overtakes incredibly easy, and safe – see the gap, pull the trigger and you’re past. It’s a machine that makes absolute sense on fast, twisty roads. On the motorway, the screen is pretty good. It’s not got anything like FJR1300 levels of protection of course, but it takes the edge off Autobahn speeds. I found the riding position to be pretty good, with enough room for my 5’10” frame, and a very good level of comfort from the model’s seat. The outsides of my hands tended to ache, though this was more down to gripping the bars too tightly as we made ‘spirited’ progress through the South African roads. The tank’s shape makes it easy to grip with your knees, which does help take the pressure off your hands and wrists.

At 17 litres and with the 41mpg I saw on the test, that tank made for a potential 154 mile range (though out gauges were flashing by 110 miles). This would improve with more considered throttle control, but serious touring riders will likely be disappointed. The panniers are plastic-backed fabric, so not 100% waterproof, and not lockable (though there is a ring on the zips for a small padlock). A rack is available for a top-box, though it’s that or panniers, not both. 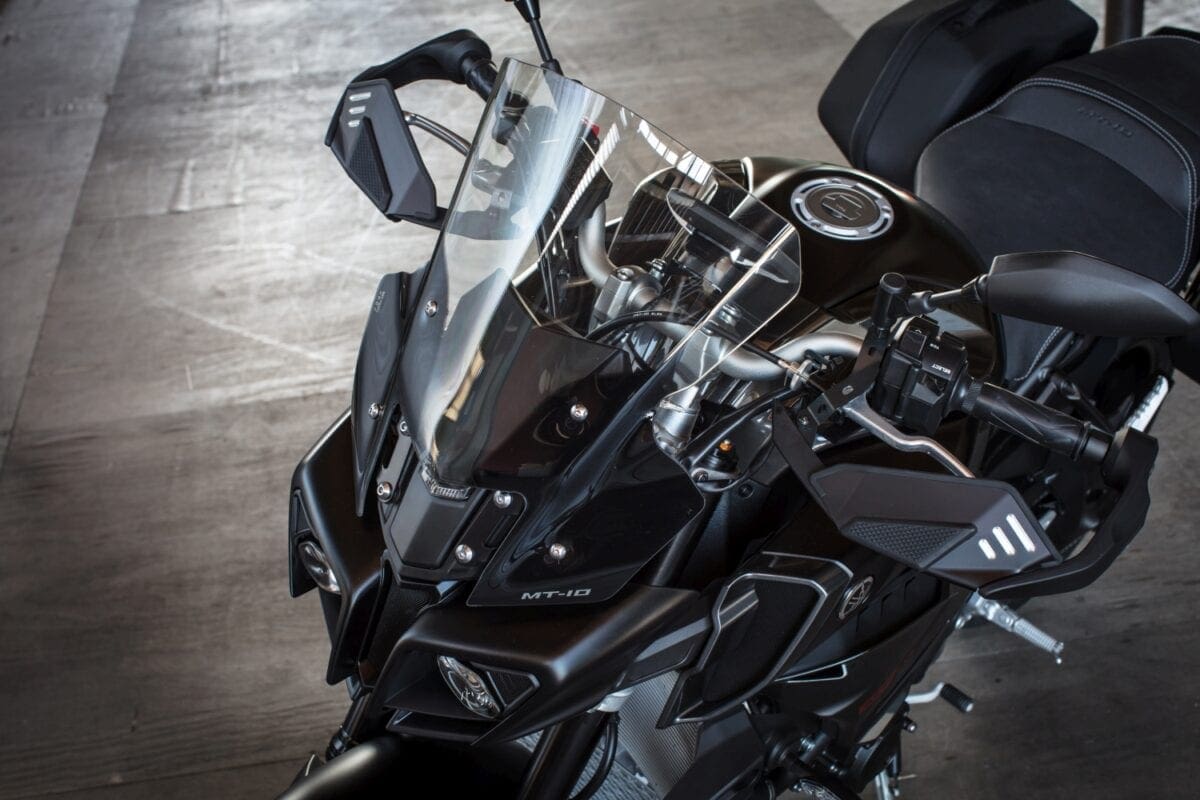 Ultimately, this isn’t a machine for someone dedicated to touring. For a solo rider looking for the best roads in Europe, it’s a stunning bike with the capacity to get your kit across borders to the next glorious stretch of Tarmac. Pillions won’t appreciate the high pegs, and as Bruce found on his trip to Scotland, a top-box’s back-rest helps them feel safer and more comfortable. This is a sports naked motorcycle with a nod to practicality, and if that’s what you’re after, there’s little else that comes close to balancing the price and performance.

Besides the R1M-inspired colour scheme, the gold Öhlins forks are what really grab you, before turning the key and seeing the R1-inspired TFT full-colour dash come to life. Performance is the same as the standard and Tourer Edition models, but the automatic suspension feels instantly firmer and more precise than the already very good kit fitted to the other bikes. We didn’t have time for a good fiddle with the manual settings, but after trying to soften up the A1 and A2 modes, I found them a little more harsh than the standard bike’s setup. 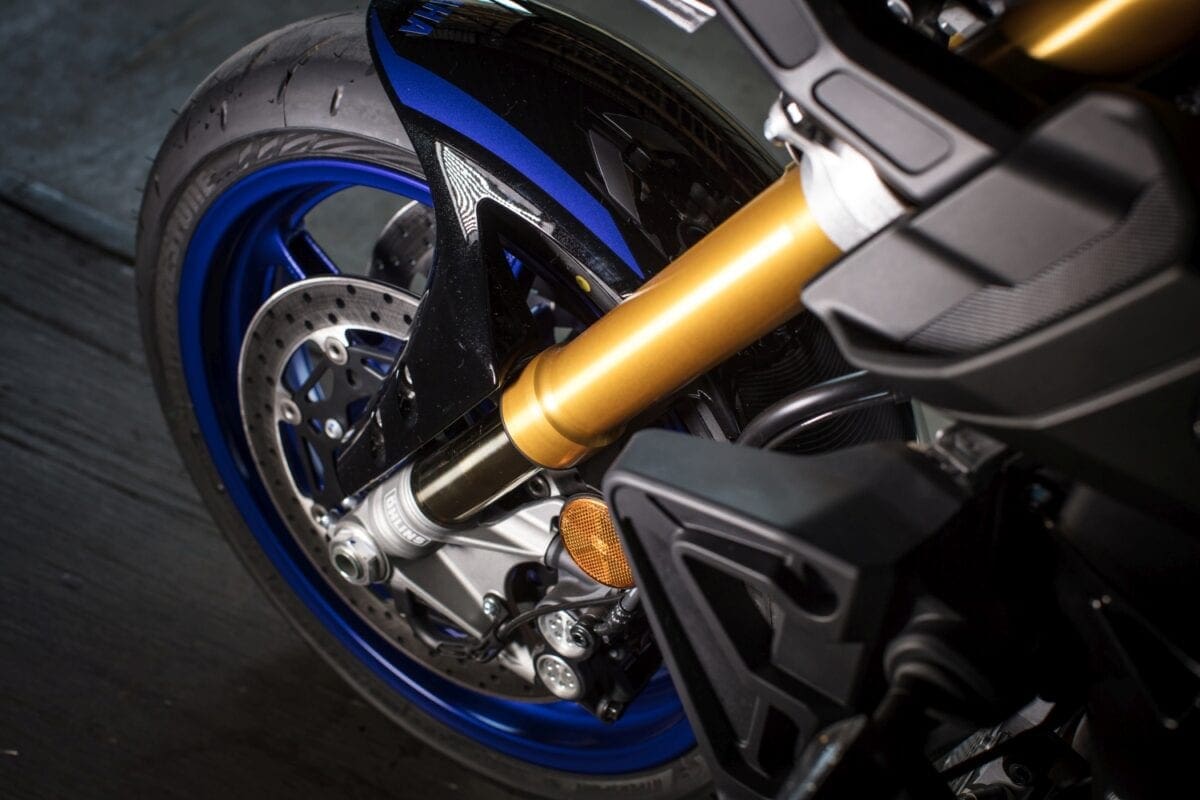 The faster riders in the group loved the Öhlins kit, appreciating the reduced squat under hard acceleration, as well as the relative lack of dive under heavy braking. I’m more of a comfort man myself, so would have appreciated a more plush option; it’s likely I could have found this by tinkering with the manual settings, but that makes the £2600 premium over the standard MT seem less attractive.

The SP seat of course isn’t as nice a place to be as the Tourer Edition’s ‘Comfort’ unit, but it’s not bad. Both have good mirrors, and while the standard bikes’ nose gives a reasonable level of wind deflection, maintaining speeds above 100mph certainly puts a strain on the neck. But a sportsbike fan who wants a less cramped riding position, and has the money, will jump at the SP model. As well they should – it’s got a superb engine and chassis that delivers incredible performance. If anything, this top-spec model also drives home the value the standard bike. 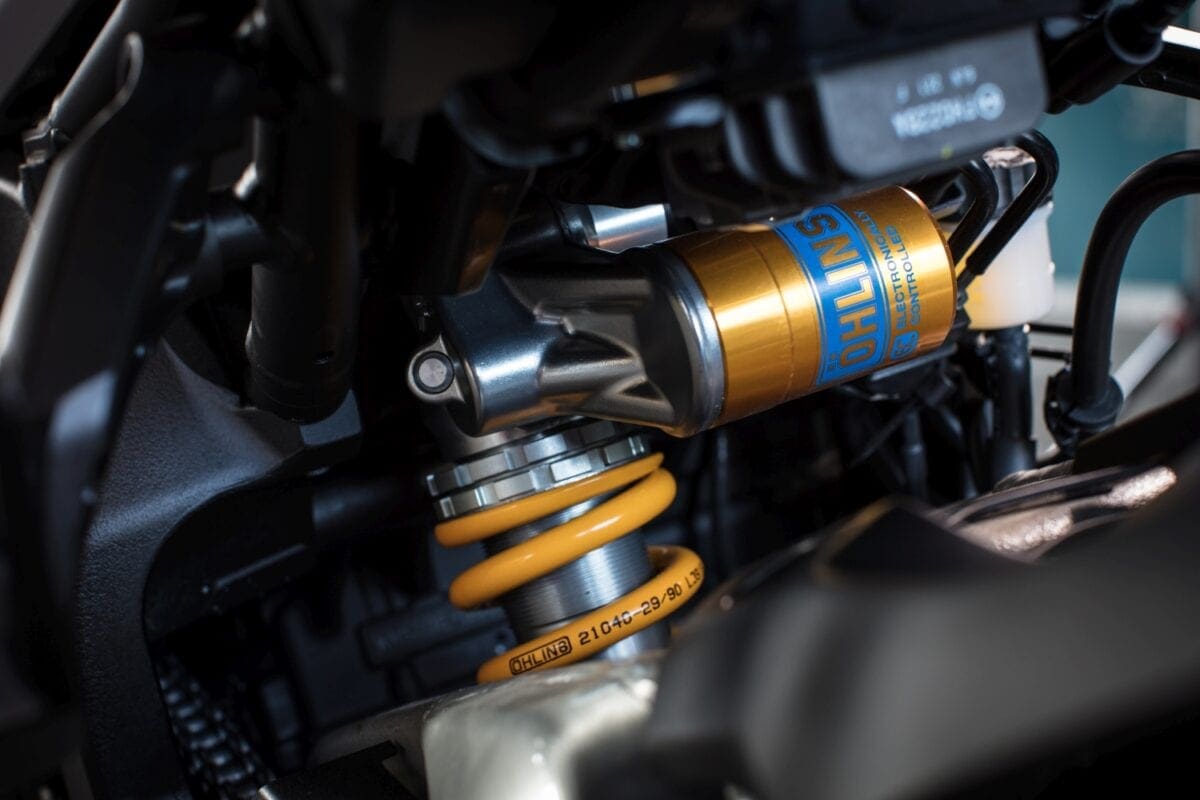 Sales of the MT-10 in the UK have been justifiably excellent. In Europe, it’s a hugely successful hyper-naked machine, coming second in registrations only to KTM’s 1290 SuperDuke. That machine lacks the electronic suspension, but does have cornering ABS; which of those is more important to you will dictate whether you compare the KTM’s price to the standard MT-10 or the SP model. Either way, the Yamaha offers good value when you consider the outstanding performance.

But the costs savings can be found – a non-span adjustable clutch lever here looks rather cheap compared to the super-lightweight action of KTM’s hydraulic Magura, while the plastic panels of the Yamaha won’t be to everyone’s taste. If you’re willing to pay for it, the KTM’s build quality feels, to some extent, worthy of the extra investment. 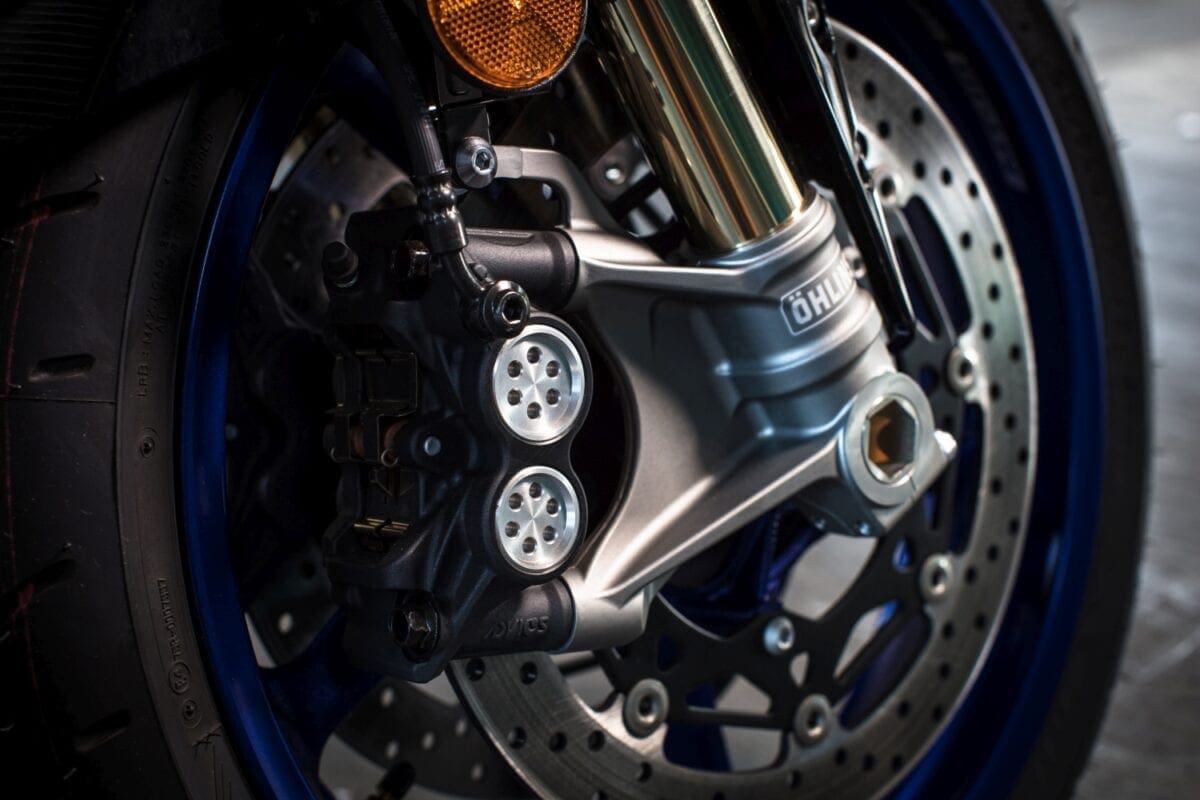 Ultimately, one’s a big V-twin and one’s a blindingly powerful four-cylinder. If you’re considering the MT-10 Tourer Edition, the price difference compared to KTM’s 1290 Superduke GT is huge, though the Austrian’s electronics package makes the Japanese model look rather basic. If you’re in the market for either of these new Yamahas, you (and your pillion) have some very exciting test rides ahead… 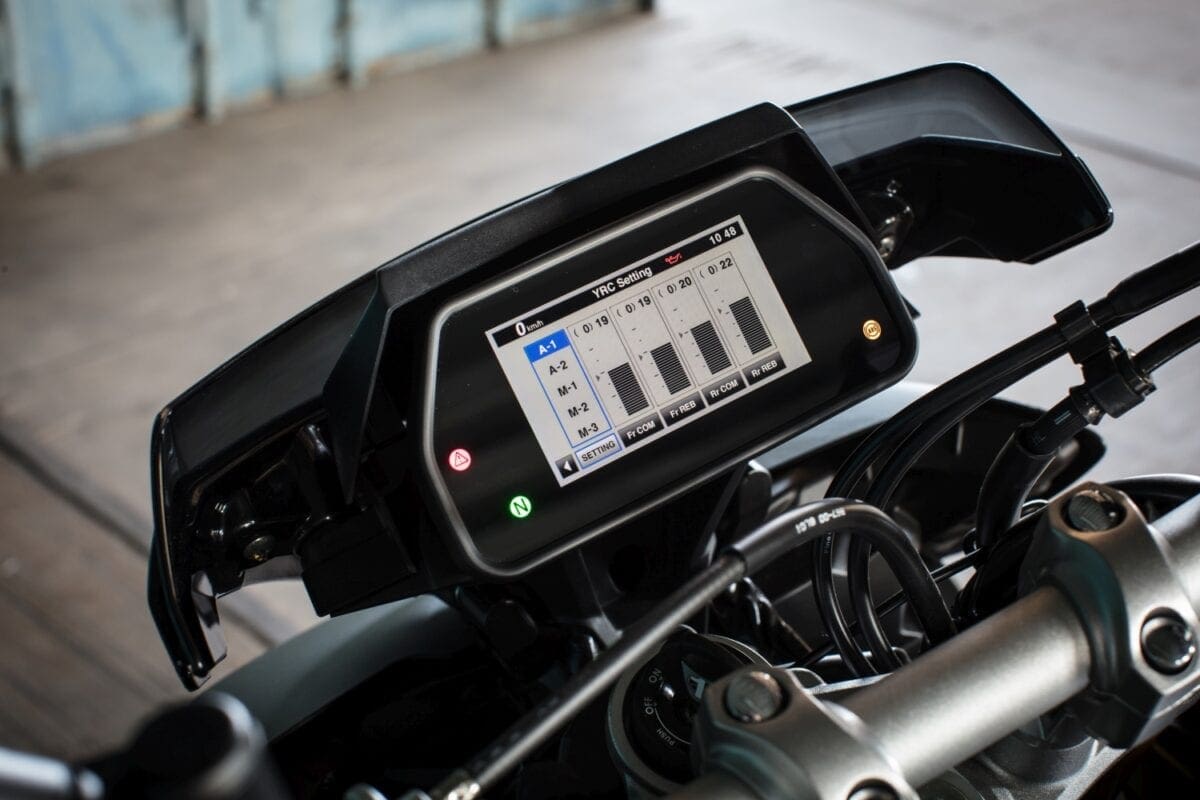 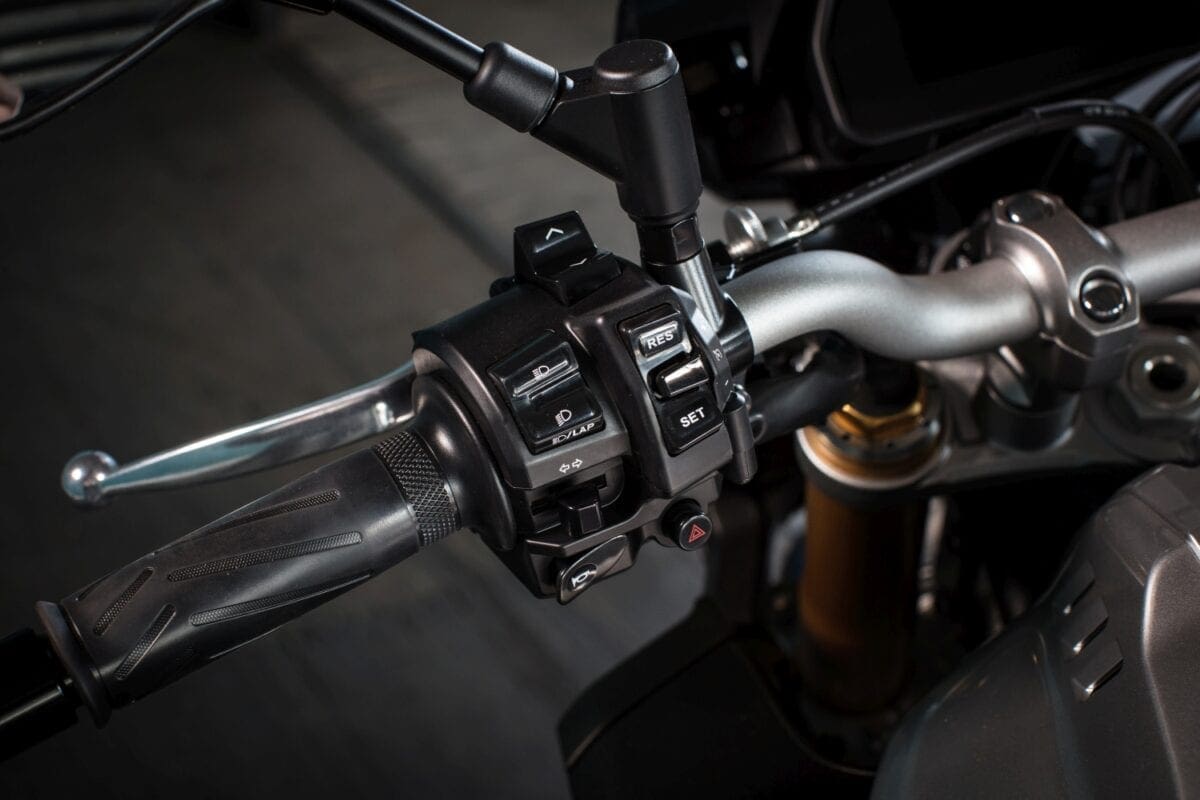 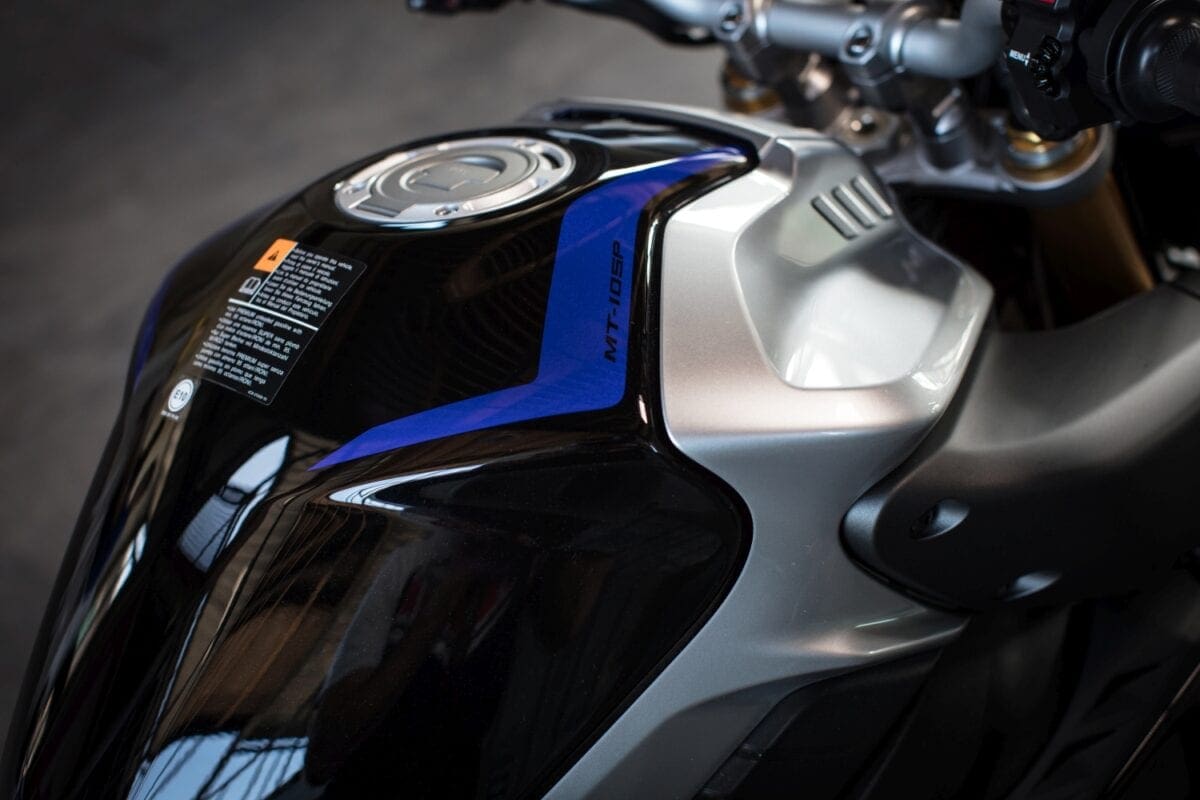 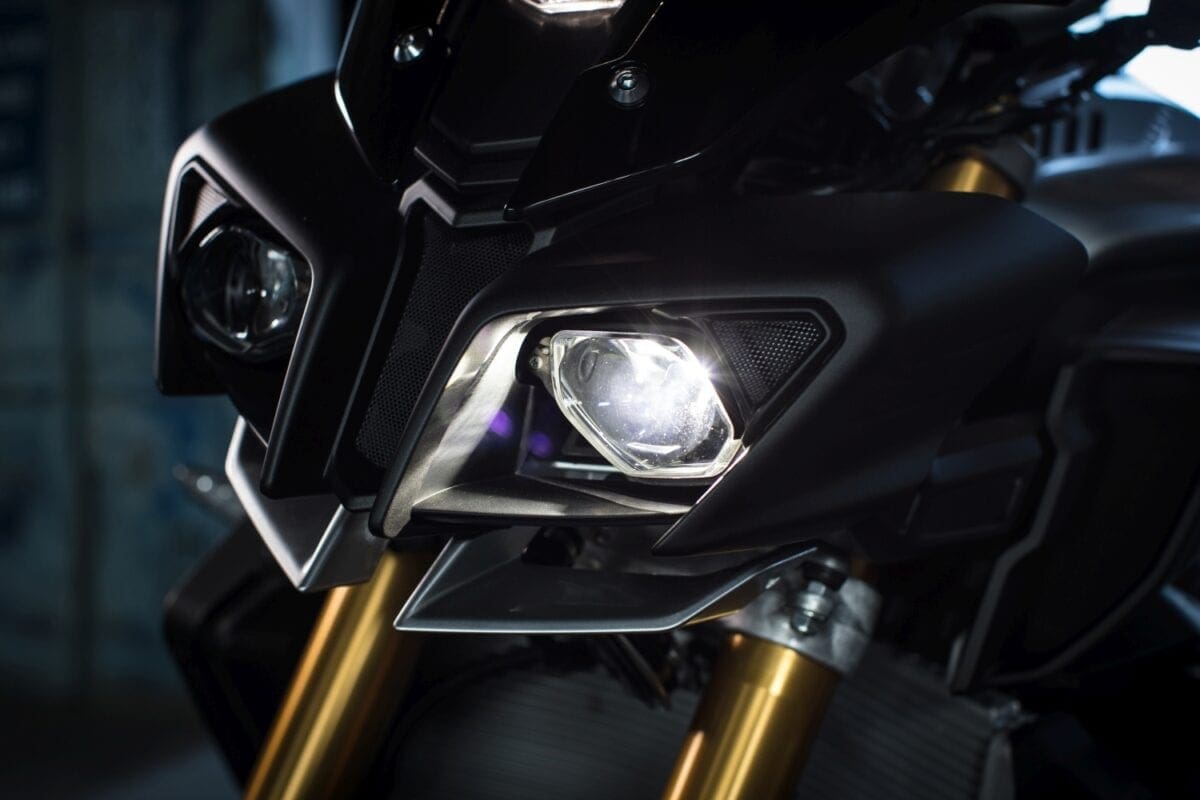 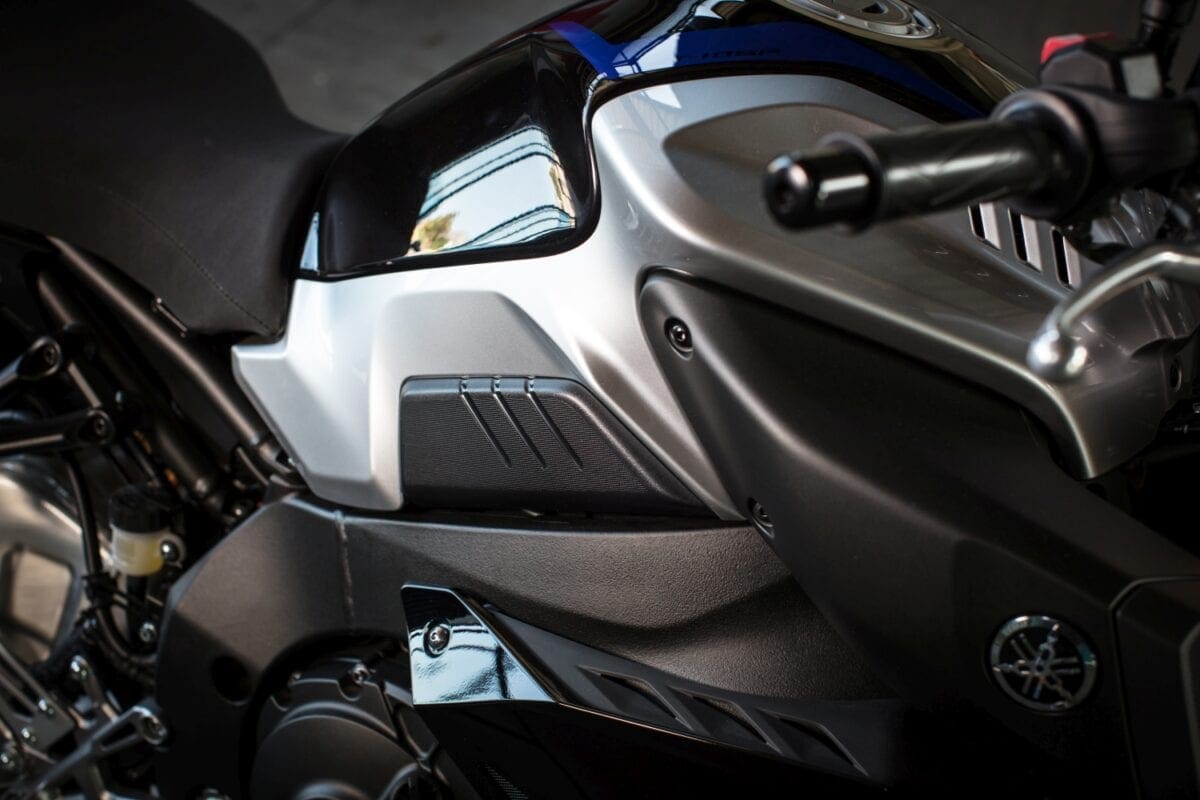 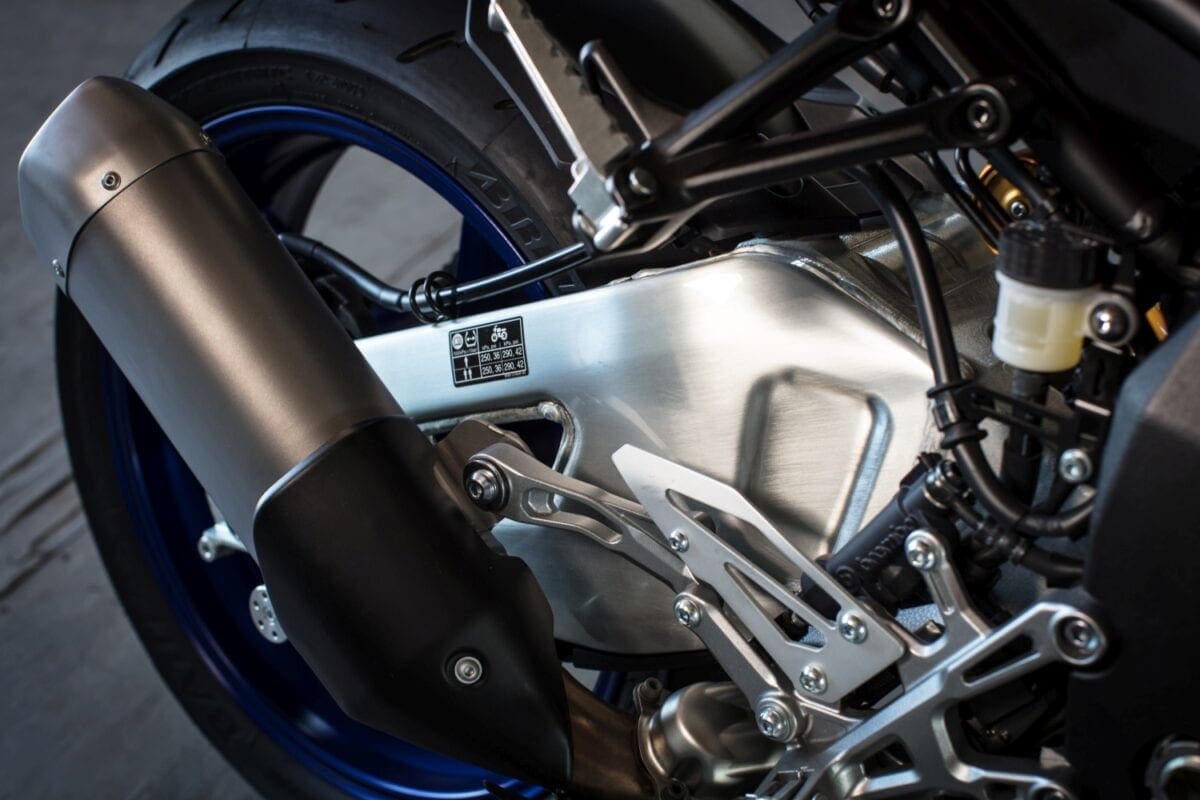 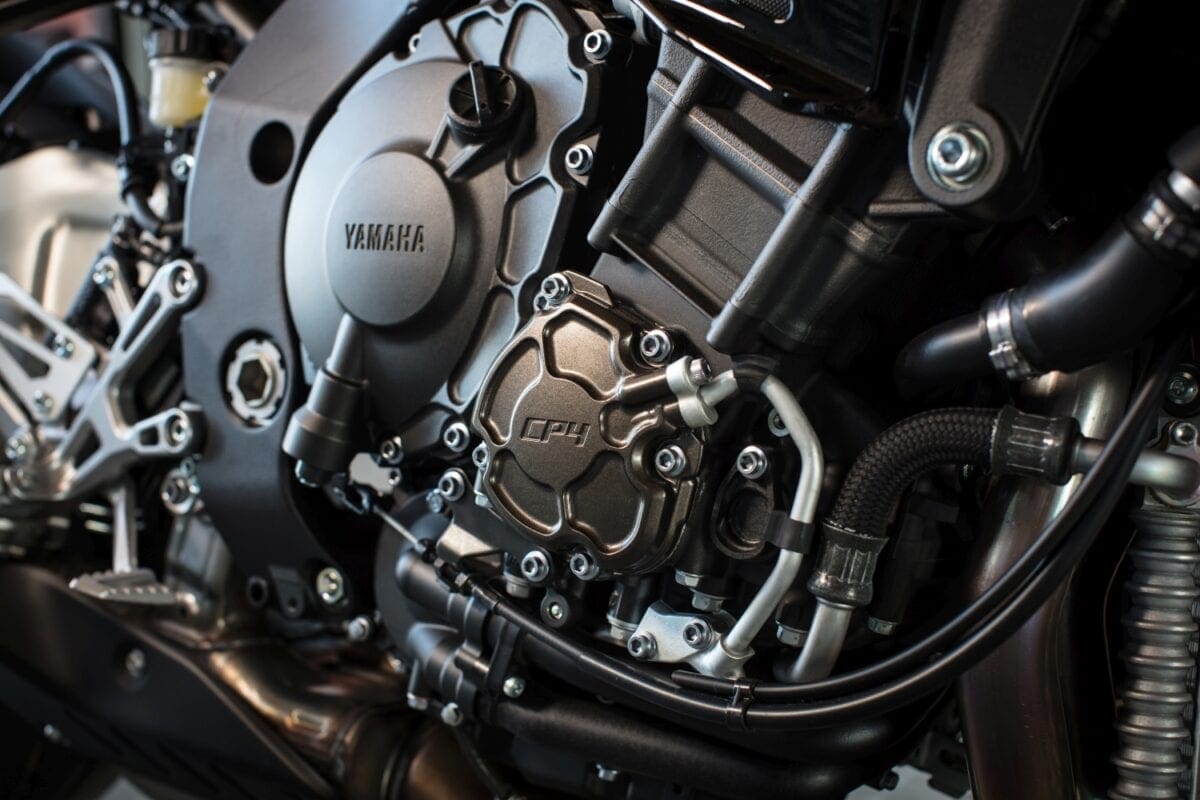 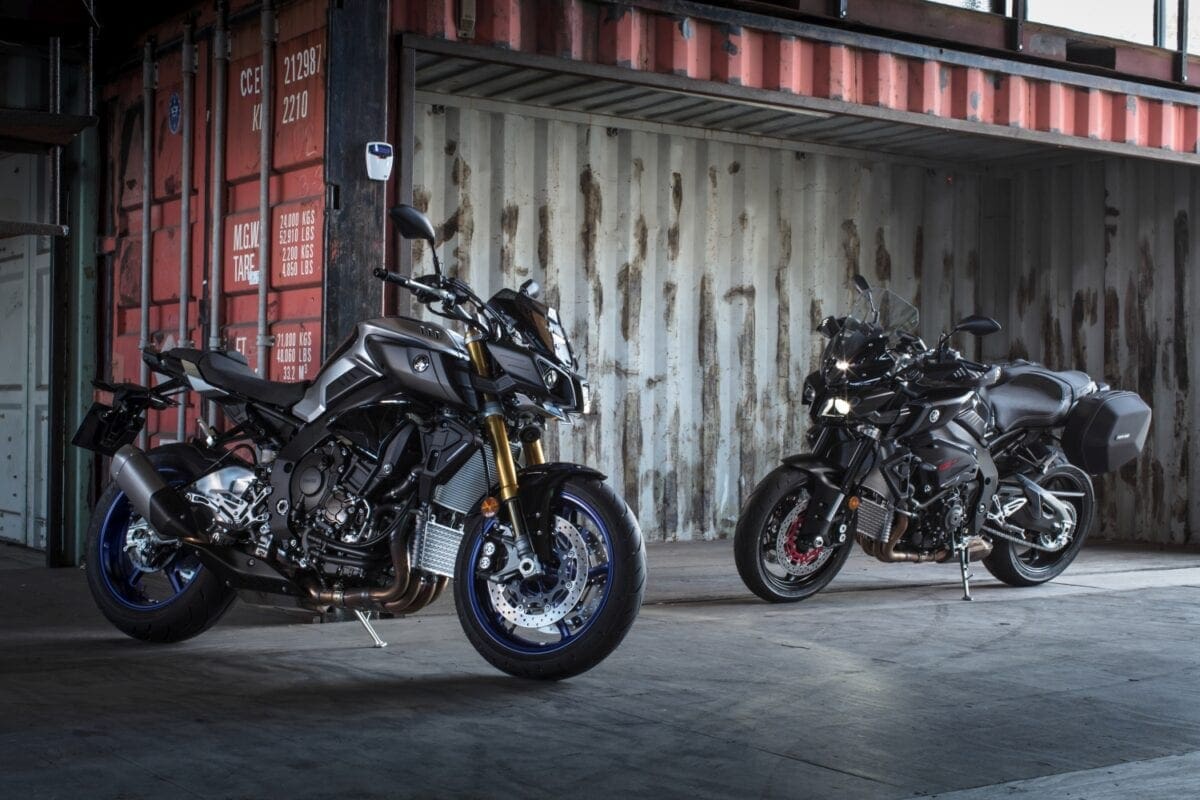 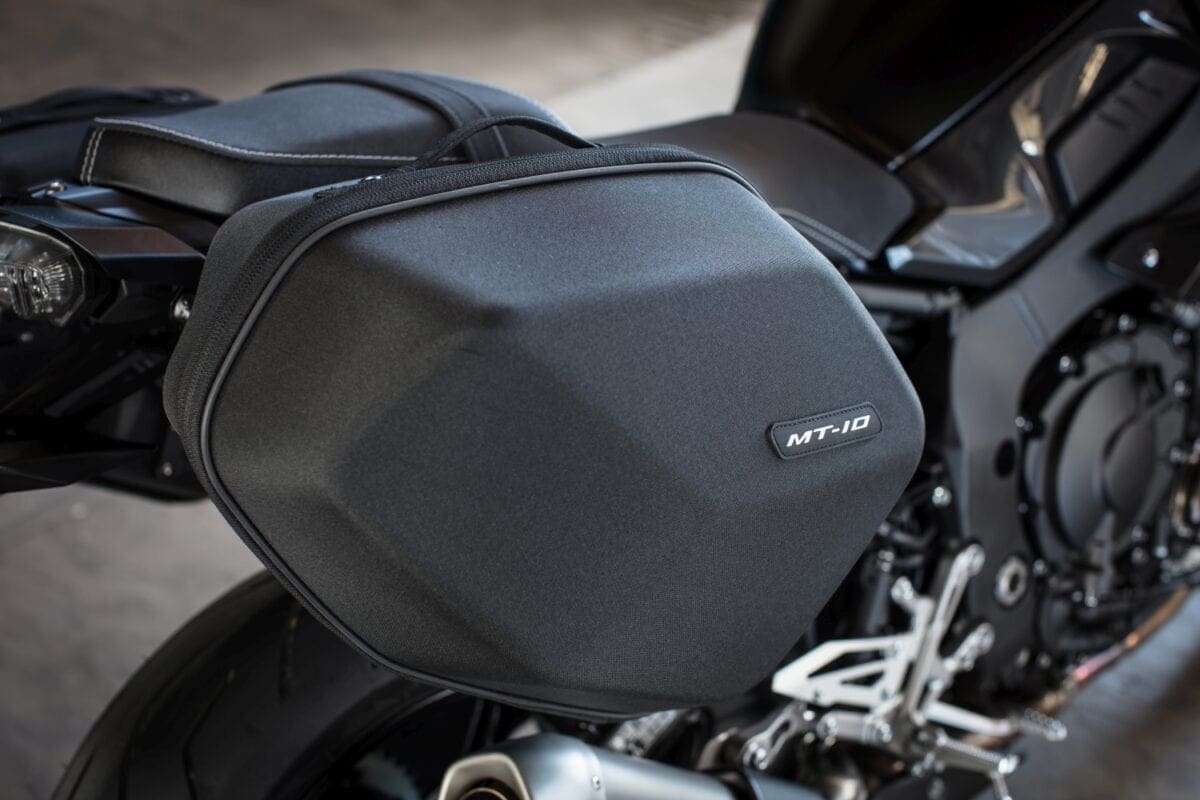 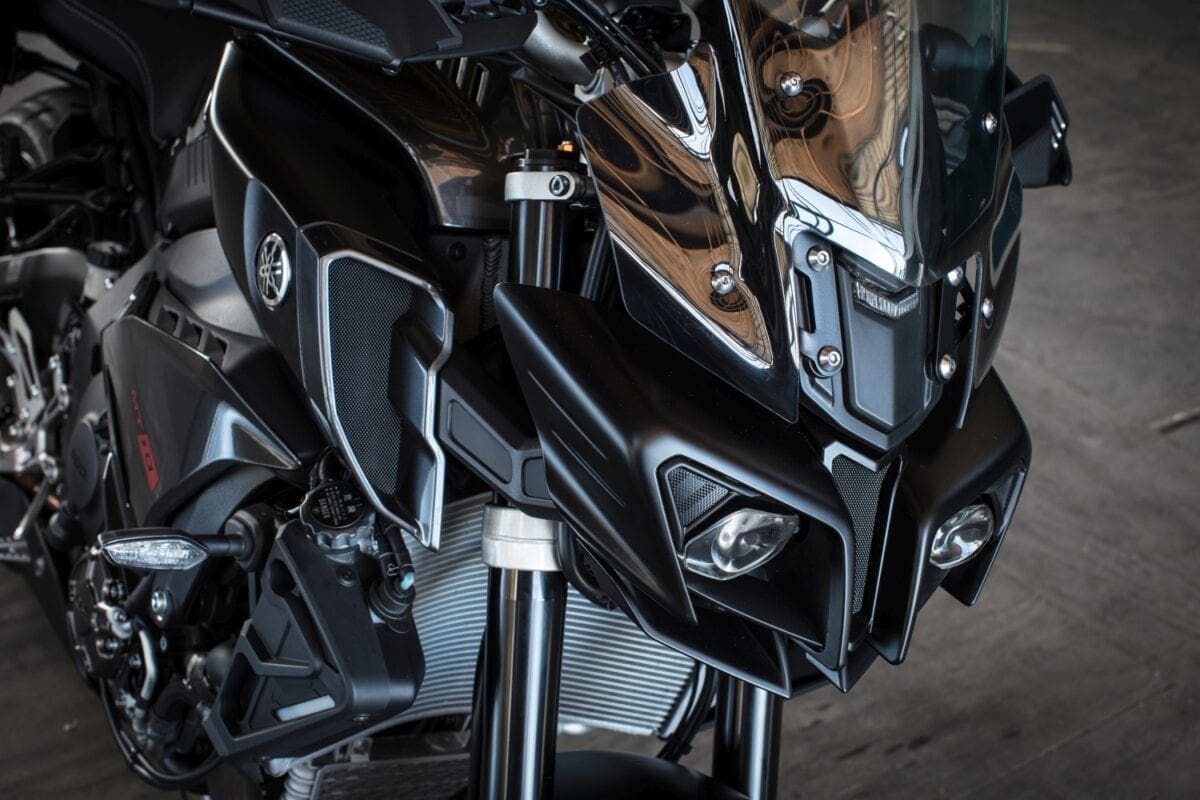 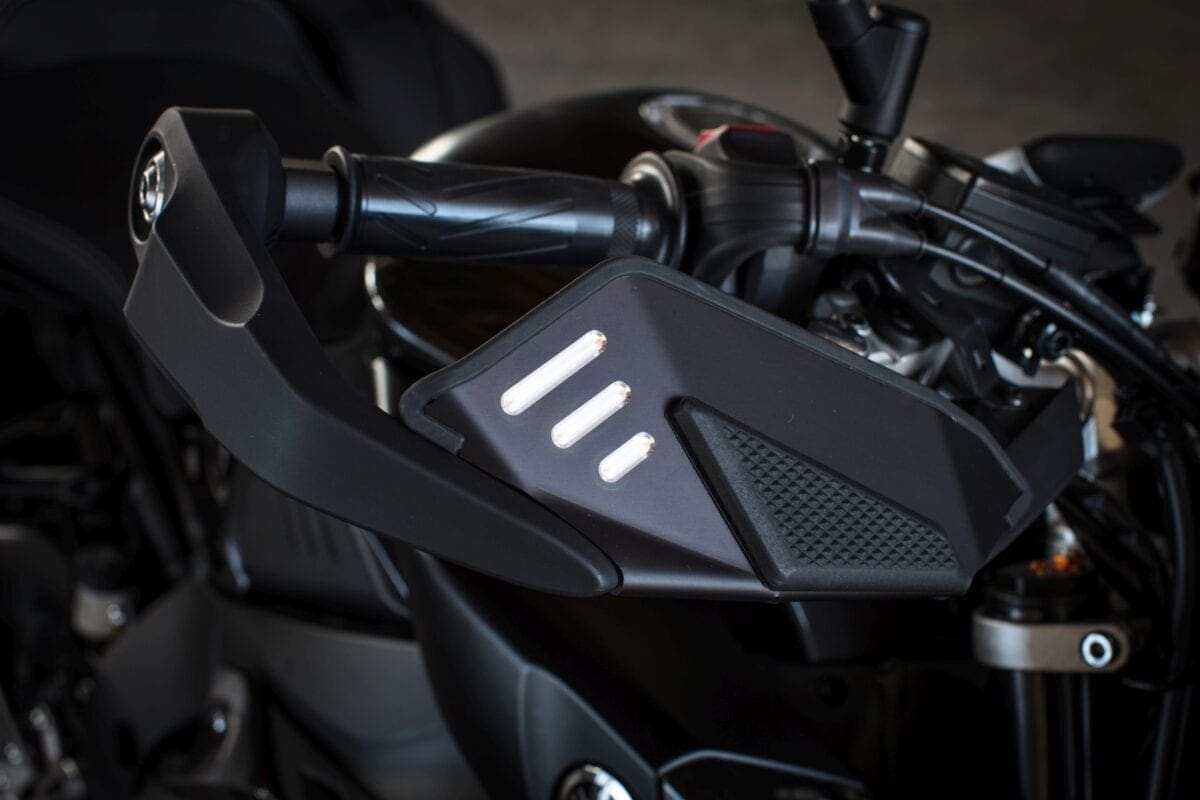